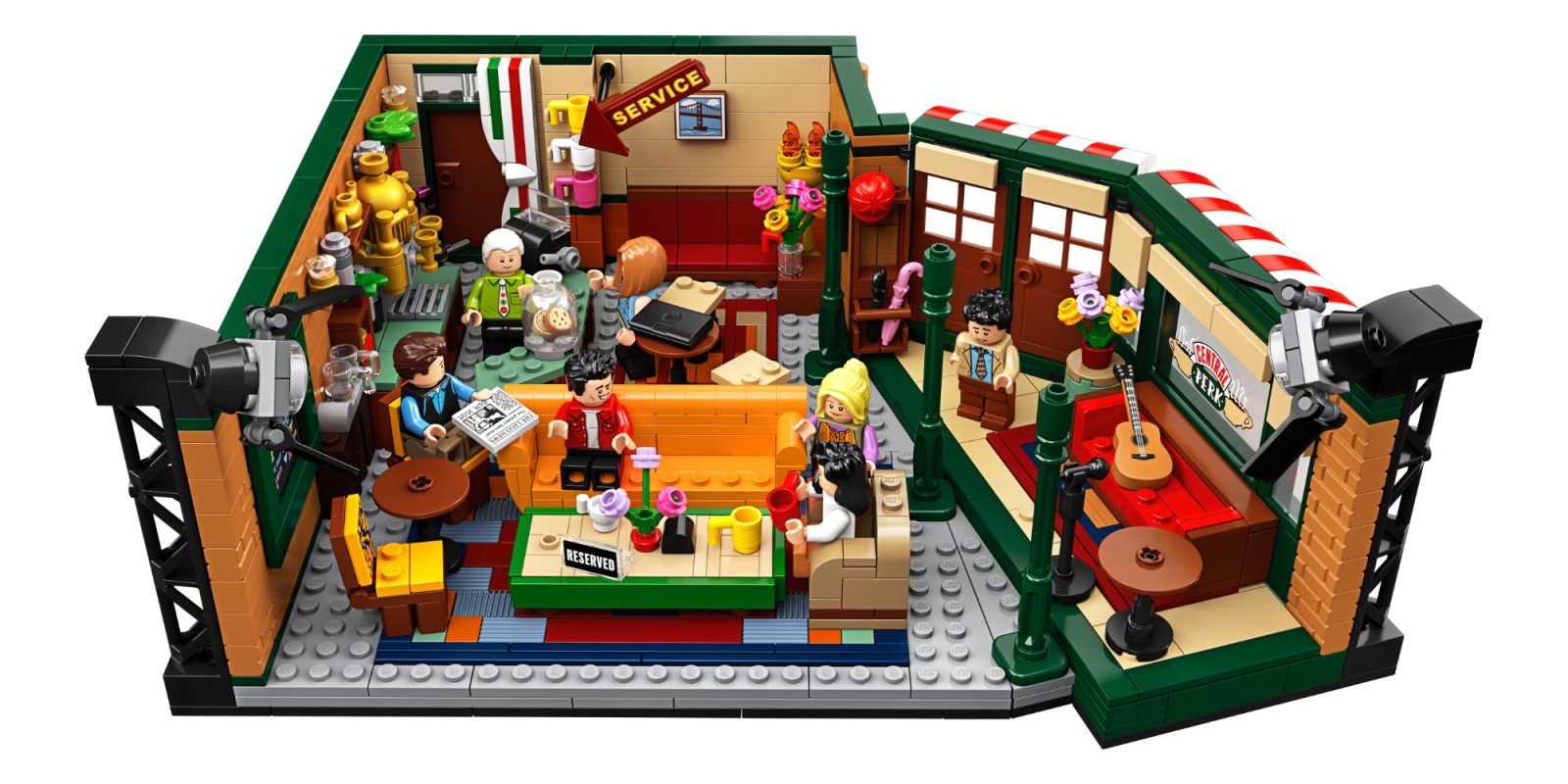 Now that the Ideas Tree House is now in stores, LEGO is wasting no time in moving onto the next fan-made creation. This morning, we’re getting our first official look at LEGO’s upcoming Friends Central Perk set. With over 1,000 pieces, this kit brings the famous coffee shop one of the most popular sitcoms of all-time to brick-built form. Head below for a closer look at all seven new minifigures of the show’s main cast and the rest of this highly-detailed creation.

Back in February, LEGO clued us in that it’d be looking to bring the famous sitcom characters into minifigure form. As the third Ideas creation released this year, the company is making good on that promise. So to coincide with the show’s 25th anniversary, LEGO will be releasing the very first Friends set, Central Perk.

This also won’t be the first time that LEGO has looked to assembled a beloved television family into the brick-built medium. One of the first Ideas sets stared Sheldon Cooper and the other stars of the Big Bang Theory. 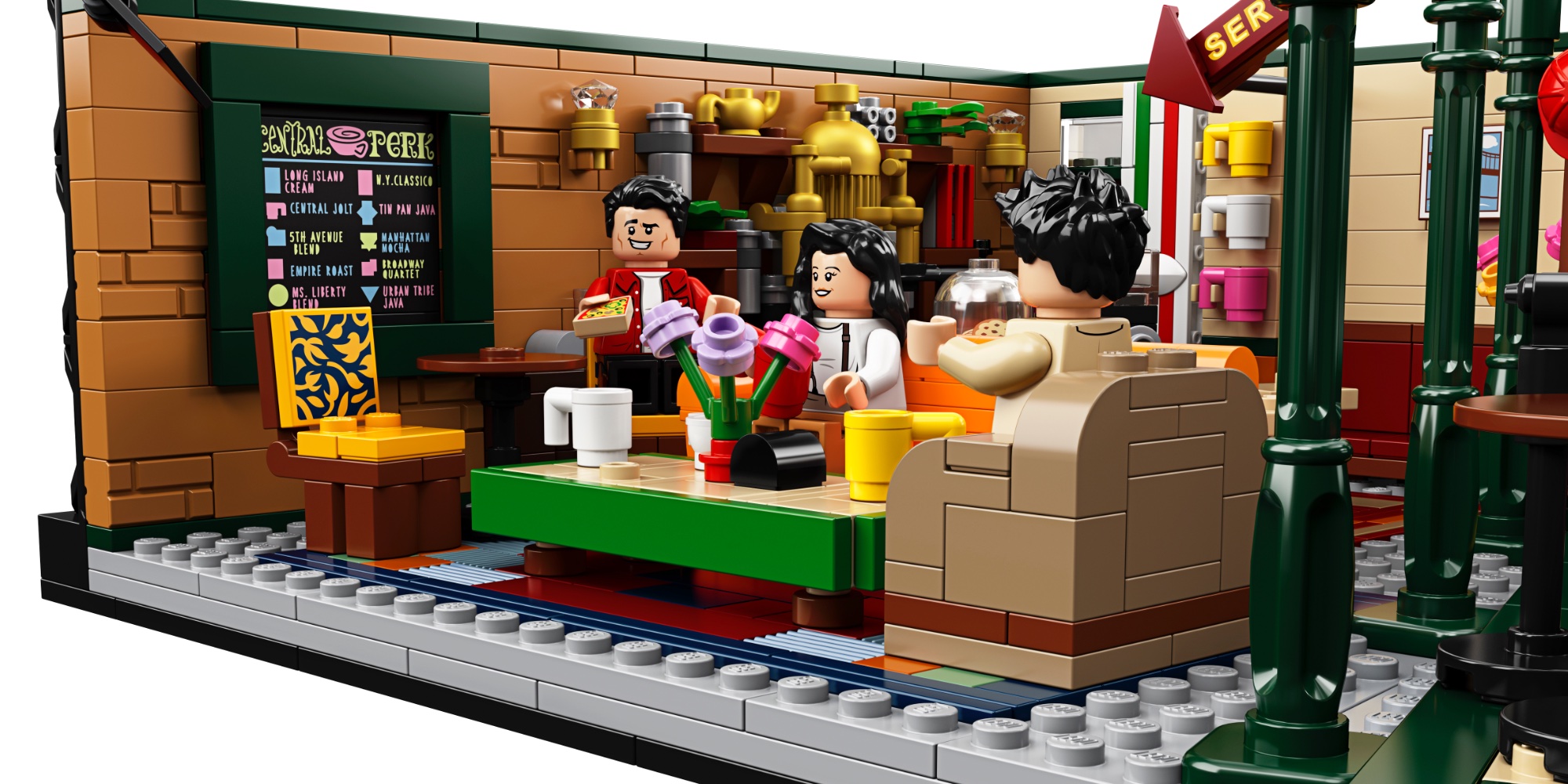 For its Friends debut, LEGO is assembling Ross and the gang’s hangout, Central Perk in a unique cutaway build. It stacks up to 1,070 pieces and comes packed with a unique usage of parts and some entirely new elements. The kit is littered with the kind of iconography you’d find in a New York coffee shop. Unfortunately, it’s likely we’ll have stickers to thank for this, rather than new printed elements.

Of course, what would a Friends set be without a full cast of characters to populate the coffee shop? LEGO has packed the kit with seven brand-new minifigures, including Ross Geller, Rachel Green, Chandler Bing, Monica Geller, Joey Tribbiani, Phoebe Buffay and Gunther. All exclusive to this set, there are plenty of torso prints and other clothing styles that are making their first debut in the upcoming set. 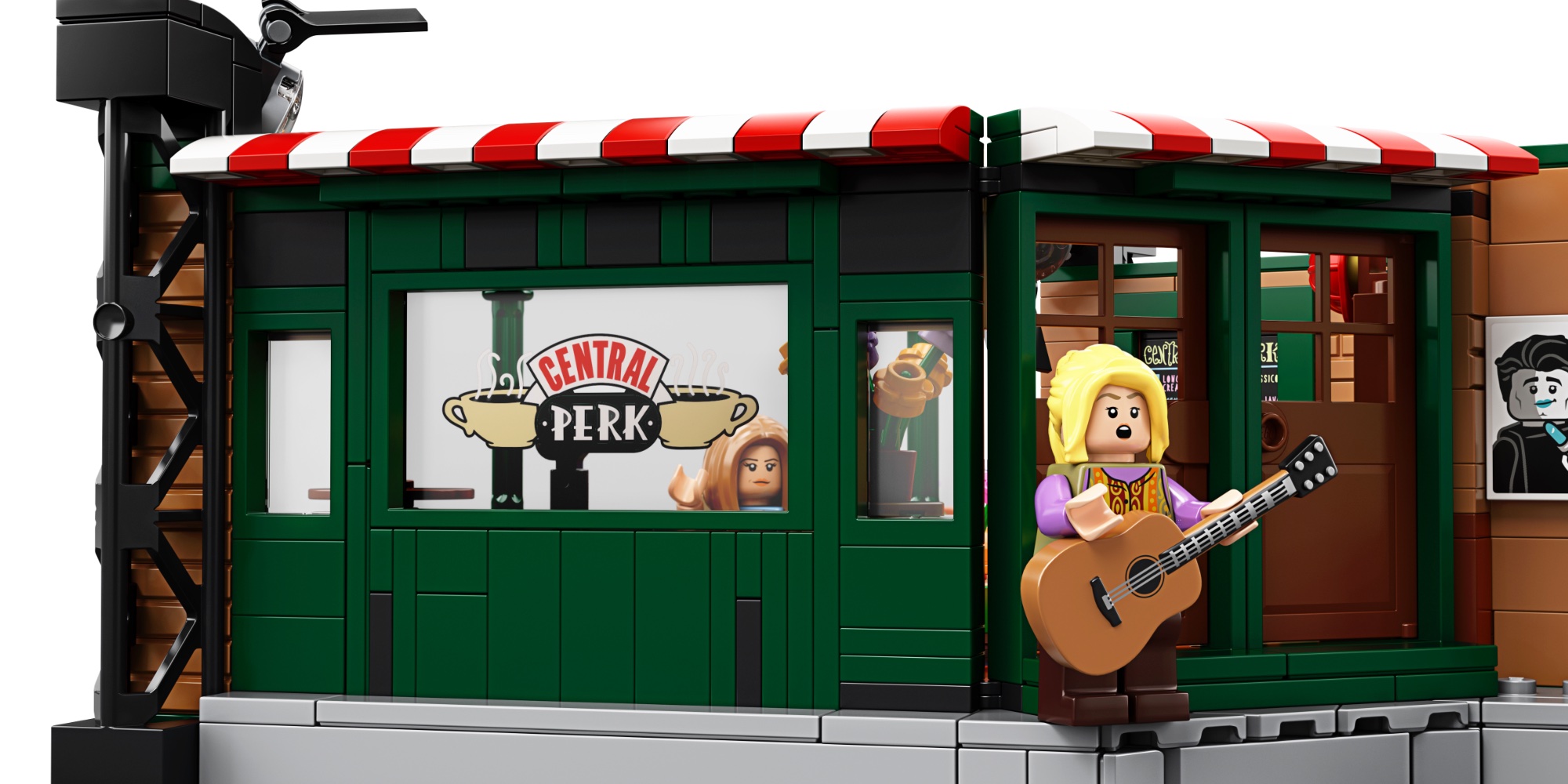 One cool aspect is that unlike previous TV-inspired sets, LEGO is really leaning into the whole sitcom aspect this time. There’s two large spotlights, which make the kit look like a sound stage for filming Friends. That’s in comparison to just a LEGO version of the Central Perk shop.

Friends fans looking to get their hands on their own LEGO Central Perk won’t have too long to wait. It’ll be available starting on September 1st and will retail for $59.99. Expect this build to be a LEGO Shop exclusive, at least for quite some time after its launch. 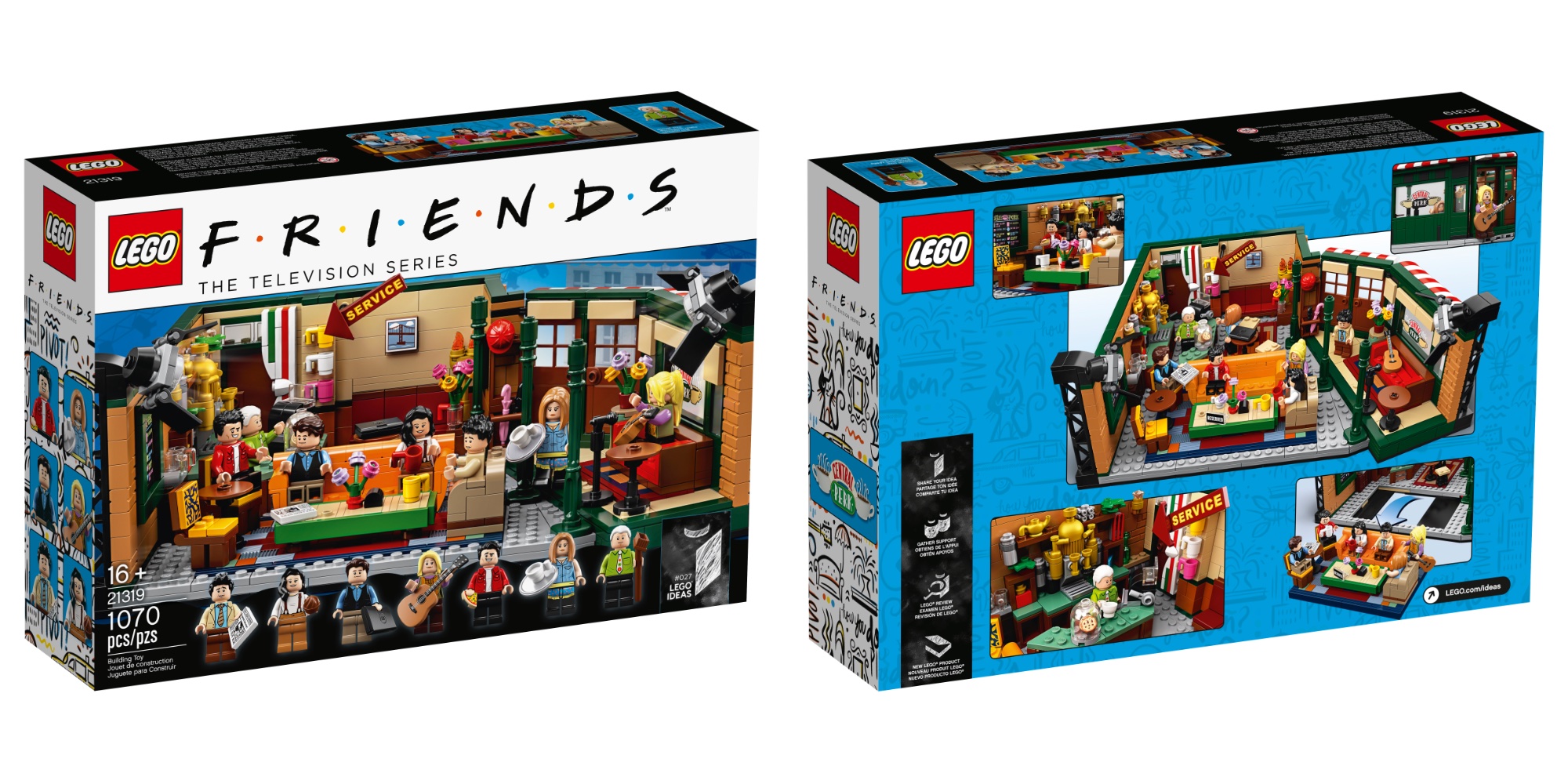 LEGO collectors who happen to be fans of the Friends will surely find Central Perk to be a must-have. It’s packed with some notable new figures and recreates its real world inspiration near-perfectly.

Being able to score over 1,000 pieces for $60 may seem like a typo at first glance; but there’s no mistakes here from LEGO. This coffee shop build will surely go down as one of the best brick-for-your-buck sets released in the past few years, if not period.

Past outliers like the Ninjago City have impressed us with a $0.06 per brick cost. But here, LEGO is stepping up its game, bringing that price down to $0.05. Regardless of if you prefer Seinfeld more, the Friends Central Perk kit is going to be hard to pass up for many LEGO collectors.