Get a first look at LEGO’s 3,000-piece Tree House, the largest Ideas kit yet 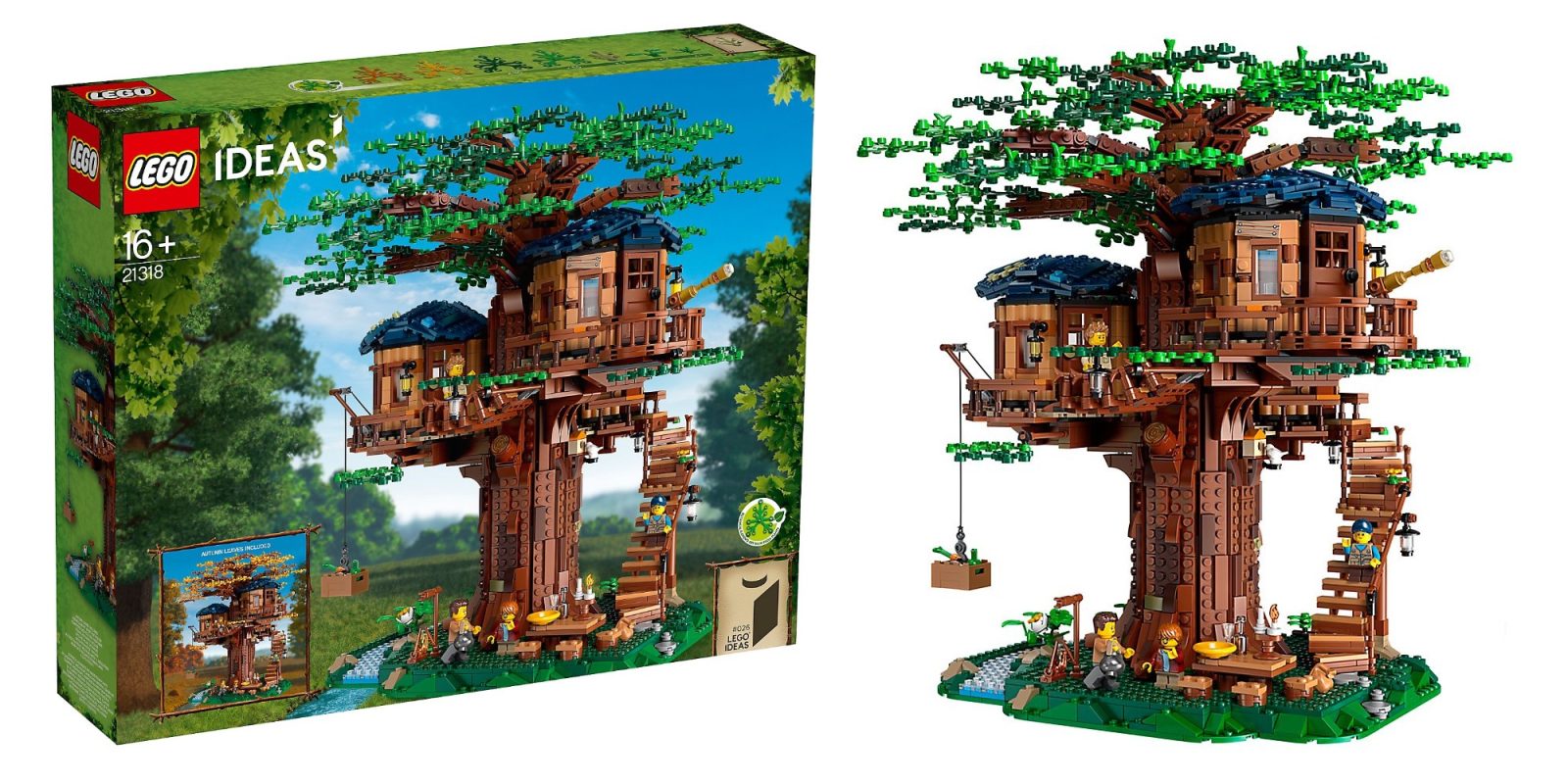 7/23 @ 9:00 AM: LEGO has officially announced the Ideas Tree House, which will be available starting on July 24th for VIP members and retail for $199.99. It will officially launch on August 1st.

Last fall the LEGO Ideas team announced that it would be bringing two new fan-made creations to store shelves come 2019. Earlier this year, the first of those launched with the brick-built debut of The Flintstones in February. Now we’re getting our first look at LEGO’s newest Ideas creation, the 21318 Treehouse set. Not only is it the latest fan-made kit, but the upcoming release is also the largest of its kind to date. It’s comprised of over 3,000 pieces and comes packed with minifigures, Plants from Plants bricks, and more. Head below for a closer look.

Coming to us from the folks over at Promobricks, we’re now getting our first look at the latest fan-made kit. We’ve known that a brick-build Treehouse was in the works from LEGO Ideas for quite some time now. But after being pushed back to accommodate the release of the Steamboat Willie Ideas kit, there was no word on when it’d actually make an appearance.

Stacking up to 3,036 pieces, the upcoming Treehouse 21318 set is the largest that we’ve seen assembled by the LEGO Ideas team. That’s about 700 bricks more than the previous record holder, Voltron, which was only comprised of 2,300 pieces. So the brand is really taking things to the next level for its latest fan-made set.

Comprised of three different cabins, the LEGO Ideas Treehouse is centered around a massive brick-built tree. Each of the rooms are decked out with full interiors, and you’ll also find a telescope, staircase and more. The set includes four different minifigures as well. 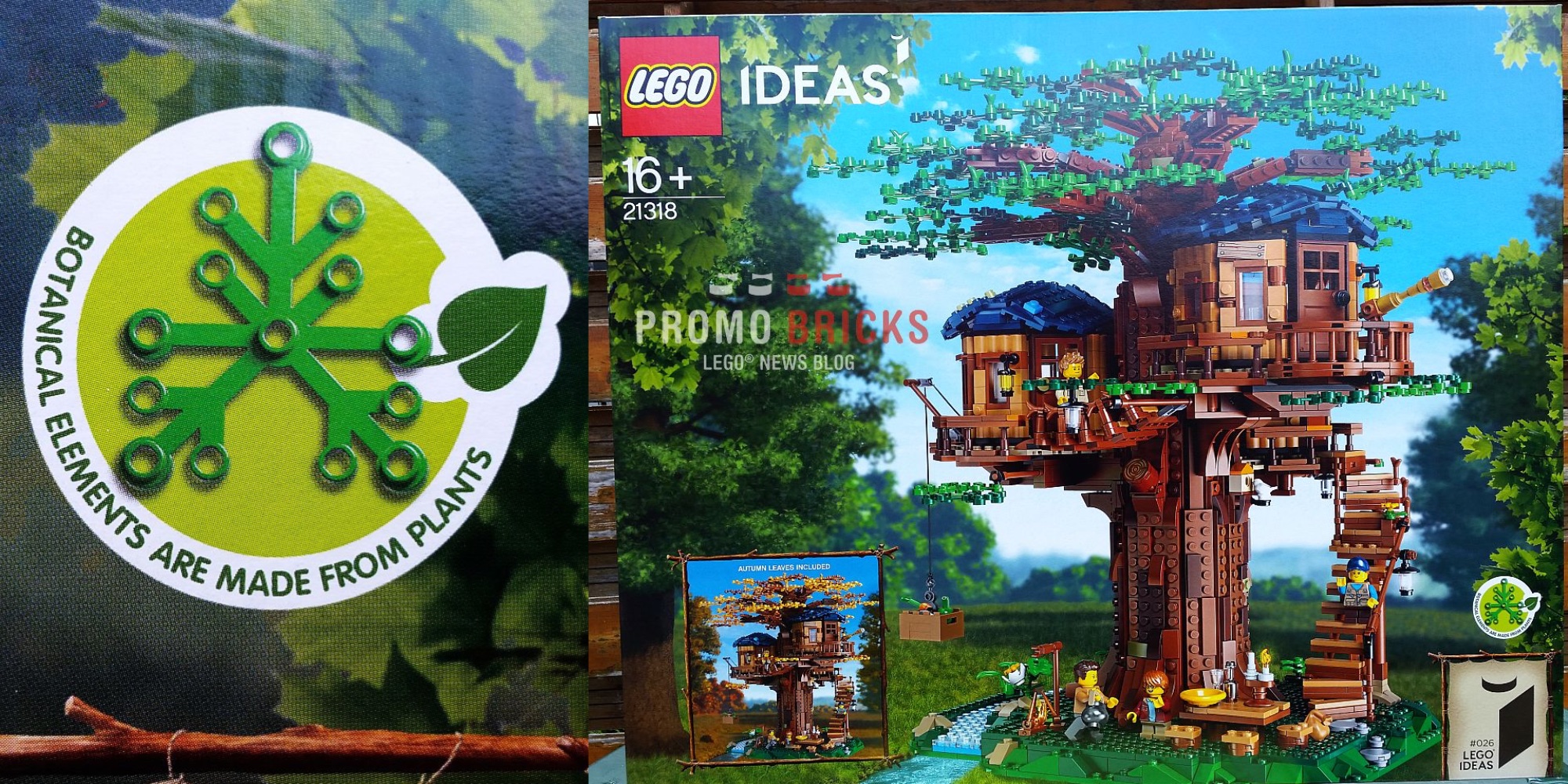 Since debuting the plant-based bricks in 2018, it’s been some time since we’ve heard anything on the Plants from Plants front. Back in January, LEGO teased that another kit using the pieces would be arriving sometime in 2019. Though not falling into the Creator Expert line as expected, it looks like the brand has opted to fittingly incorporate the environmentally-friendly LEGO bricks into the Ideas Treehouse.

Another notable aspect surrounding the Ideas Treehouse’s foliage is that alternative leaves will be included. This will allow you to alter the build to fit with the seasons.

Right now, the set is reportedly being sold at the LEGOLAND Discovery Center in Grapevine, Texas. It’s expected to officially debut in August; though if the Ideas Treehouse is anything like the Harley-Davidson’s Fat Boy motorcycle, then odds are LEGO VIP members will be able to get their hands-on it earlier. 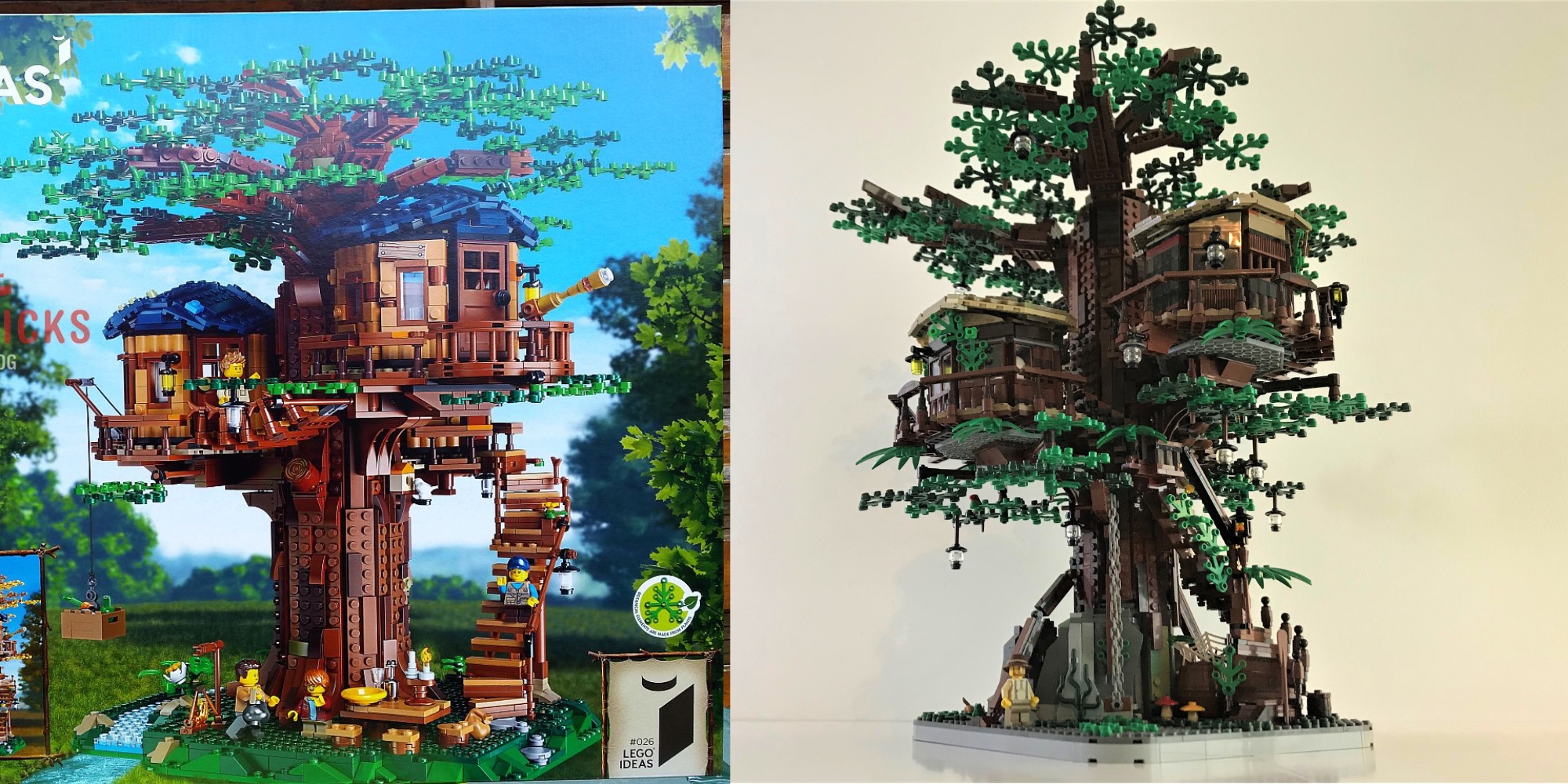 It’ll launch with a $200 price tag, which is especially notable considering the high 3,000-piece part count. There’s still no official word from LEGO on when they’ll roll out the fan-made set. Even so, it seems likely to expect an announcement in the coming weeks.

LEGO Ideas sets always stand above the mainline creations, and the upcoming Treehouse is no exception. Just from a part per dollar perspective, this is a notable set. But with a high amount of detail and massive size, this will surely be a must-have for many builders.

Right now there’s no word on exactly how many of the plant-based bricks will appear in the set. But the Treehouse certainly has the most so far. It’s great to see LEGO ramping up its production capabilities for future sets, so this release could very well be the first of many that have an abundance of Plants from Plants pieces.