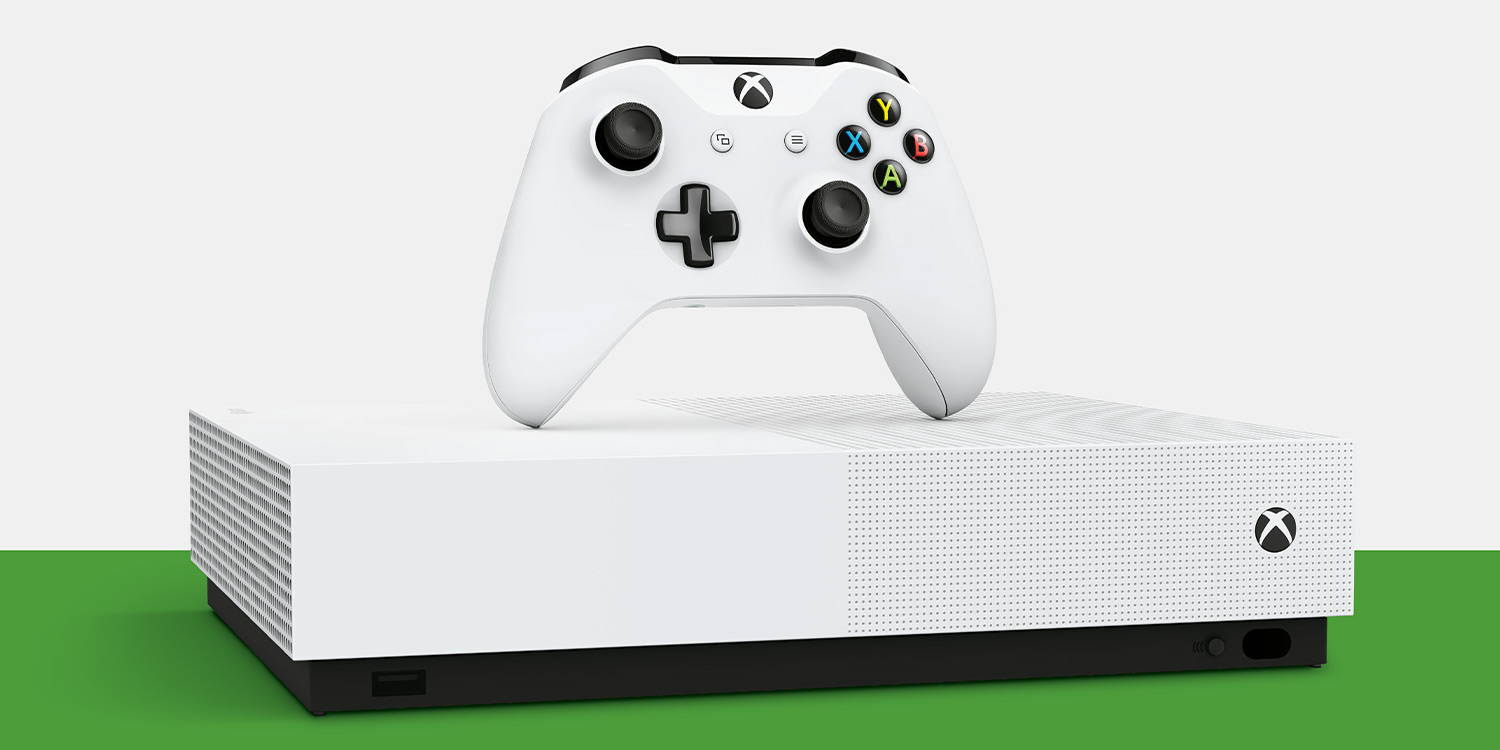 BuyDig via Google Express is now offering the Microsoft 1TB Xbox One S All Digital Edition with 2 months of Xbox Live Gold and 6 games for $229.50 shipped. New Google Express customers can use code AUGSAVE19 to take an additional $20 off as well. It comes with Madden NFL 20, Minecraft, Forza Horizon 3, Gears of War 4, Sea Of Thieves and PlayerUnknown’s Battlegrounds, which is about $150 worth of games. The all-digital Xbox is regularly $250 so you’re saving around $170 (or more) with today’s bundle offer. Not only will this score you a copy of the recently released Madden NFL 20, but it is also one of the best deals we tracked on the all-digital Xbox One to date. More details below.

You’ll definitely want to go check out our hands-on unboxing video of the new all-digital Xbox One right here. One of those all-white dual controller chargers would be the perfect add-on as well. And here’s a great deal on Xbox Game Pass Ultimate for those that have already switched their Live Gold subscriptions over. You’ll find even more Xbox console deals below and the rest of today’s best game deals in this morning’s roundup.

Get this deal
$170 off $229.50
You’re reading 9to5Toys — experts digging up all the latest technology and lifestyle deals, day after day. Be sure to check out our homepage for all the latest news, and follow 9to5Toys on Twitter, Facebook, and LinkedIn to stay in the loop. Don’t know where to start? Check out the best Apple deals, our daily podcast, and subscribe to our YouTube channel