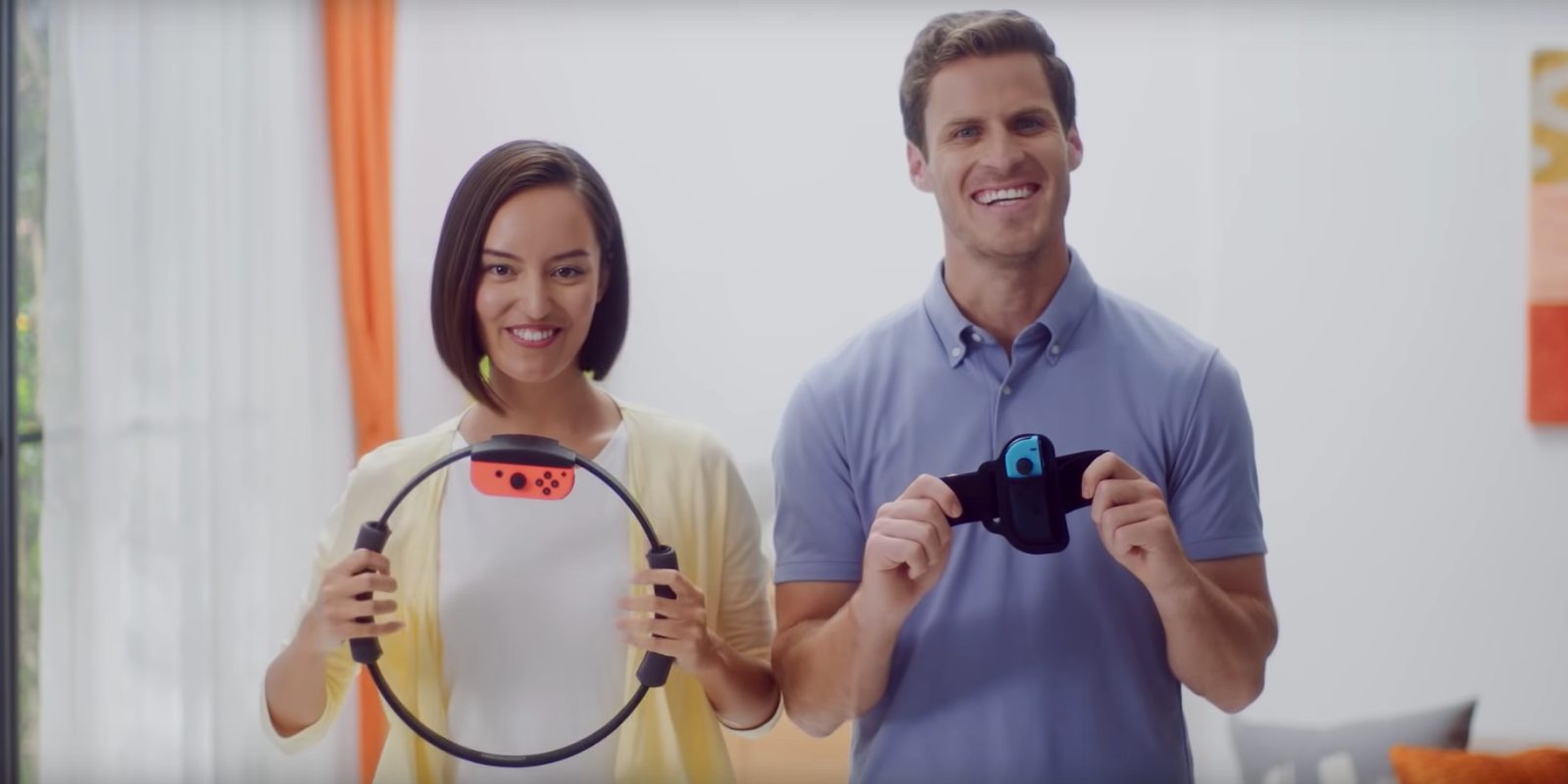 The new Ring-Con and Ring Fit Adventure have now been made official by the folks at Nintendo. Last week the big N teased some new and odd-looking motion controller for Nintendo Switch, and today we are finally getting more details. Head below for everything.

(Update 9/13 3:05pm): Amazon is now offering pre-orders on Ring Fit Adventure with the Ring-Con and Leg-Strap peripherals for $79.99 shipped.

Last week we caught our first glimpse of the new Ring-Con, a round pizza-sized flexible controller that houses a Joy-Con. It works in tandem with the Leg-Strap that carries the other Joy-Con as a sort of two-part motion tracking system. It’s basically like a pilates ring with an additional tracker on your body. As we suggested previously, it looks like Nintendo is getting back in the fitness business.

Once upon a time, it took the world over with Wii Fit, and it looks like its attempting to rekindle its video game workout glory.

Today we got a trailer (seen below) explaining the new Ring-Con system as well as what appears to be the first game we will be playing with it. More specifically, Ring Fit Adventure. As opposed to a series of mini-games or something along those lines, Nintendo has decided to wrap its new fitness experience into a sort of adventure game. At least for now anyway.

You’re mainly tasked with taking down a giant body-building dragon with a series of exercises. You navigate the game world by running or walking on the spot while the Ring-Con controller is used to interact with objects, attack enemies, and much more.

As of right now, the Nintendo Ring-Con and Leg-Strap peripherals will only be available packaged with Ring Fit Adventure. It will release on October 18th, just in time for the holidays and will run you $80.

That’s not a bad price for two Nintendo peripherals and a game. A single set of Joy-Con goes for $70 or so. The Ring-Con is mostly just a shell for the Joy-Con, but either way, it still feels like Nintendo could have asked for quite a bit more here. One concern would have to be Nintendo is planning on launching this thing with one game, as it stands right now. A game that I have no interest in. While that could change, a simple fitness app and then a series of adventure spin-offs would seem like a much better launch lineup to me. But who knows, that may very well be in the works.