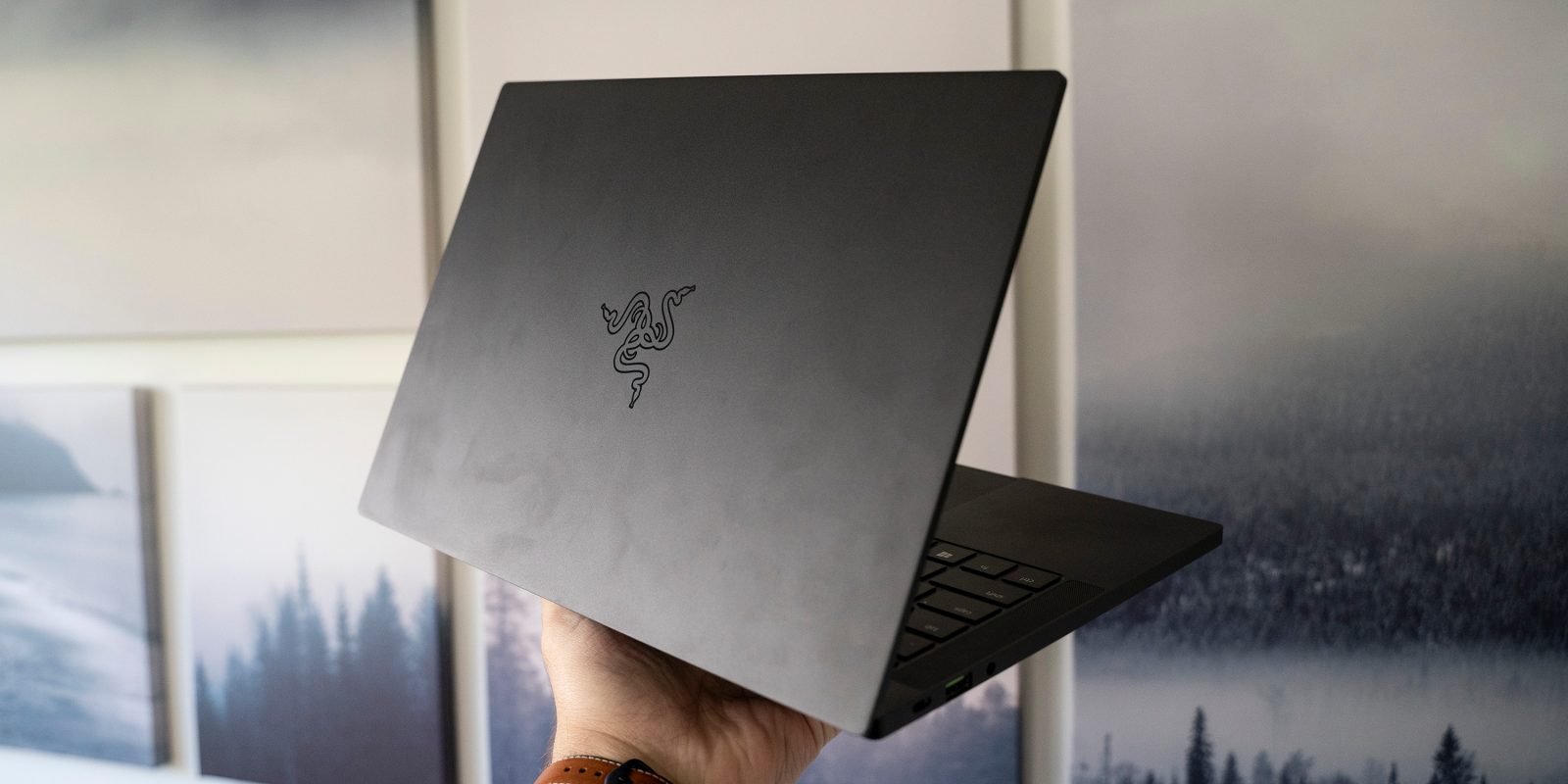 Razer is best known as a gaming company, but its products have more extensive use than that. Over the past few years, the company’s Windows laptops have proved not just some of the best gaming laptops, but also some of the best devices for content creators. Lately, I’ve been using the new Razer Blade Stealth (2019) – a 13-inch laptop with a powerful GPU inside, and I’ve got a few thoughts to share.

Starting with the obvious, let’s talk about performance. I picked up the “mid-tier” version of the Razer Blade Stealth when it launched recently, which means I’ve got a Core i7, 10th gen processor, 16GB of RAM, 512GB of storage, and an FHD display.

Put, this thing flies. Windows 10 is installed on the Blade Stealth with minimal bloatware on top, and it runs extremely quickly, almost never dropping any frames and stuttering when opening up even intensive programs.

My primary use for the machine is writing for 9to5Google, but I invested in this device because it can also handle photo and video editing better than the Huawei Matebook X Pro I was using prior. While I did experience some crashing issues with Premiere Pro, the editing process was smooth, and even exporting was just shy of real-time. As for Photoshop and Lightroom, they both run without any restrictions. I edited hundreds of photos in Lightroom while on battery power, even exporting them live during this week’s Made by Google event in NYC, and the Blade never skipped a beat. 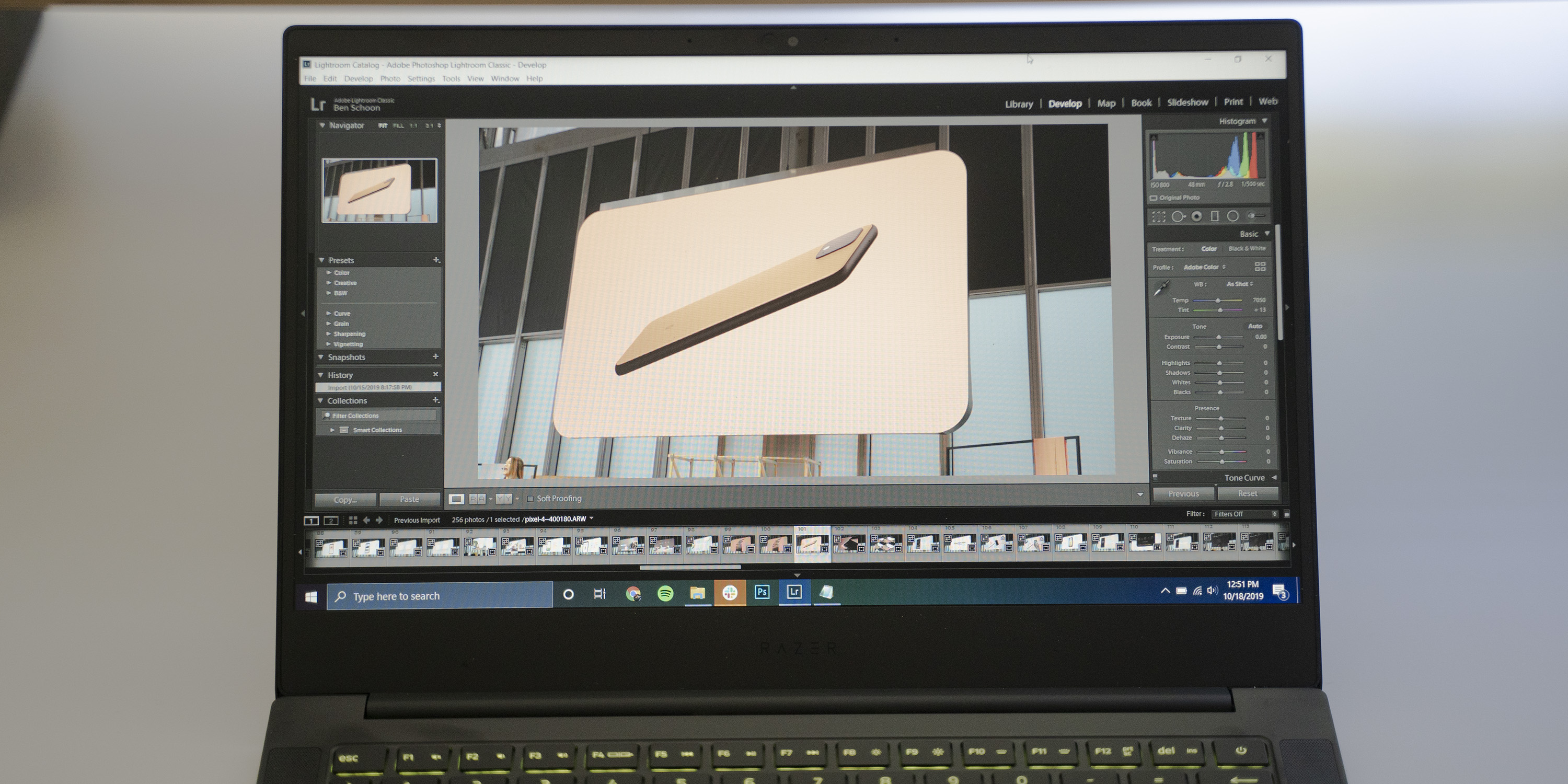 There’s really no bottleneck on this machine for these sorts of tasks. A Core i7 and 16GB of RAM is already a capable package, but the addition of the GTX 1650 really helps keep things running well for content creation.

Of course, this is technically a gaming laptop, so I had to fire up some games too. My game of choice is Rocket League, and with the settings turned up reasonably high at the maximum 1080p resolution, I was able to pull a consistent 60fps easily. Another casual title I spent some time playing on the Razer Blade Stealth was Speedrunners, but that’s not a very taxing option. Still, it handled the game without skipping a beat. I’d imagine that the 4K model might run into some issues playing games at 4K, but if you opt for 1080p, the machine should keep up with most games you throw its way. 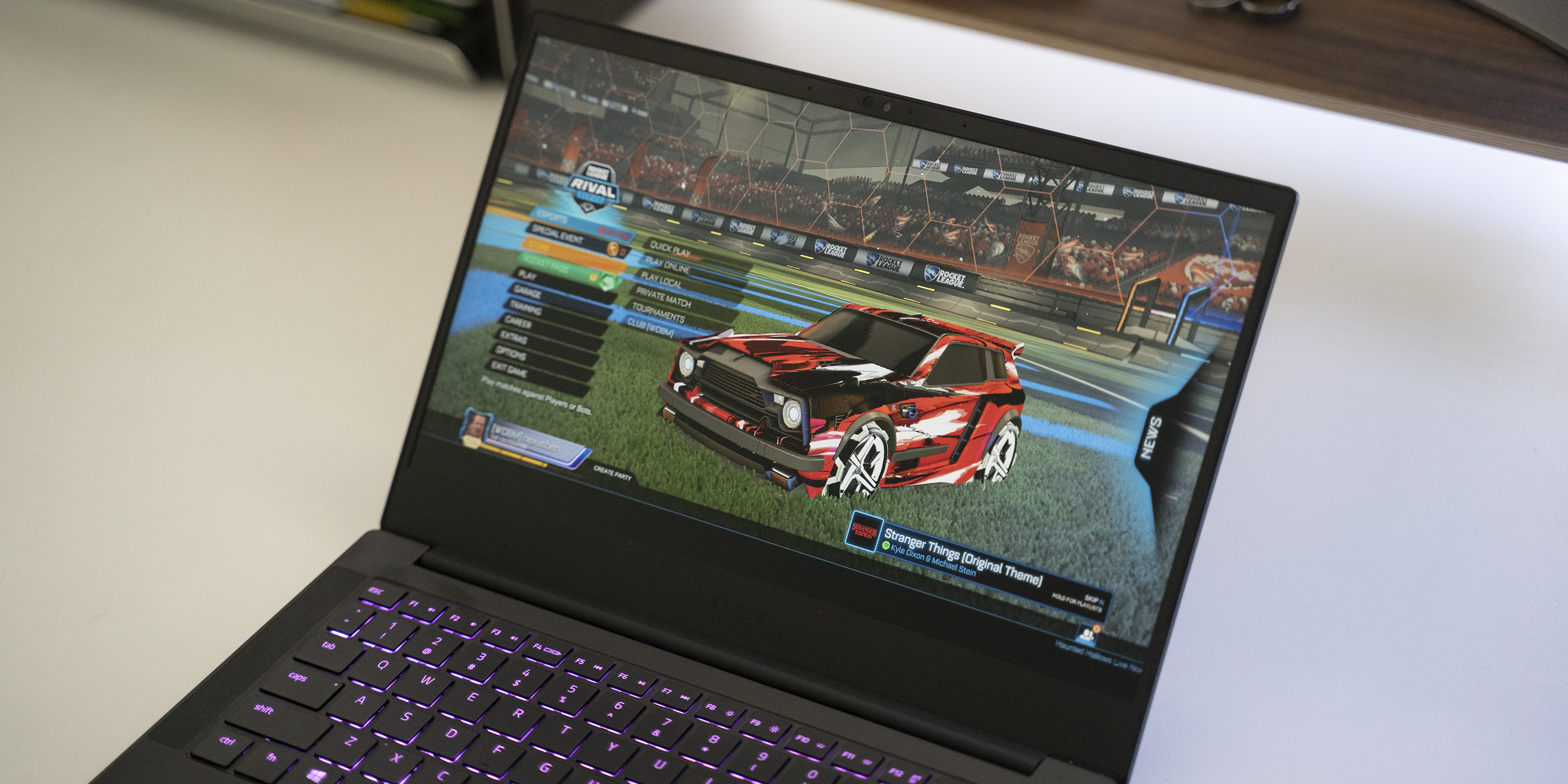 Razer makes plenty of gaming keyboards, but I’ve always been a bit skeptical of its laptop keyboards. Being my first Razer laptop, I wasn’t sure what to expect of the Blade Stealth (2019), but overall I’m pretty happy with it.

The keys themselves are well spaced and have a decent amount of travel, but not so much that it’s fatiguing to type on. I think it’s much more comfortable to type on this than the MacBook Pro, but it’s not quite to the level of Google’s Pixelbook, which I consider the gold standard for keyboards. Razer’s colorful, customizable backlighting is also really lovely. 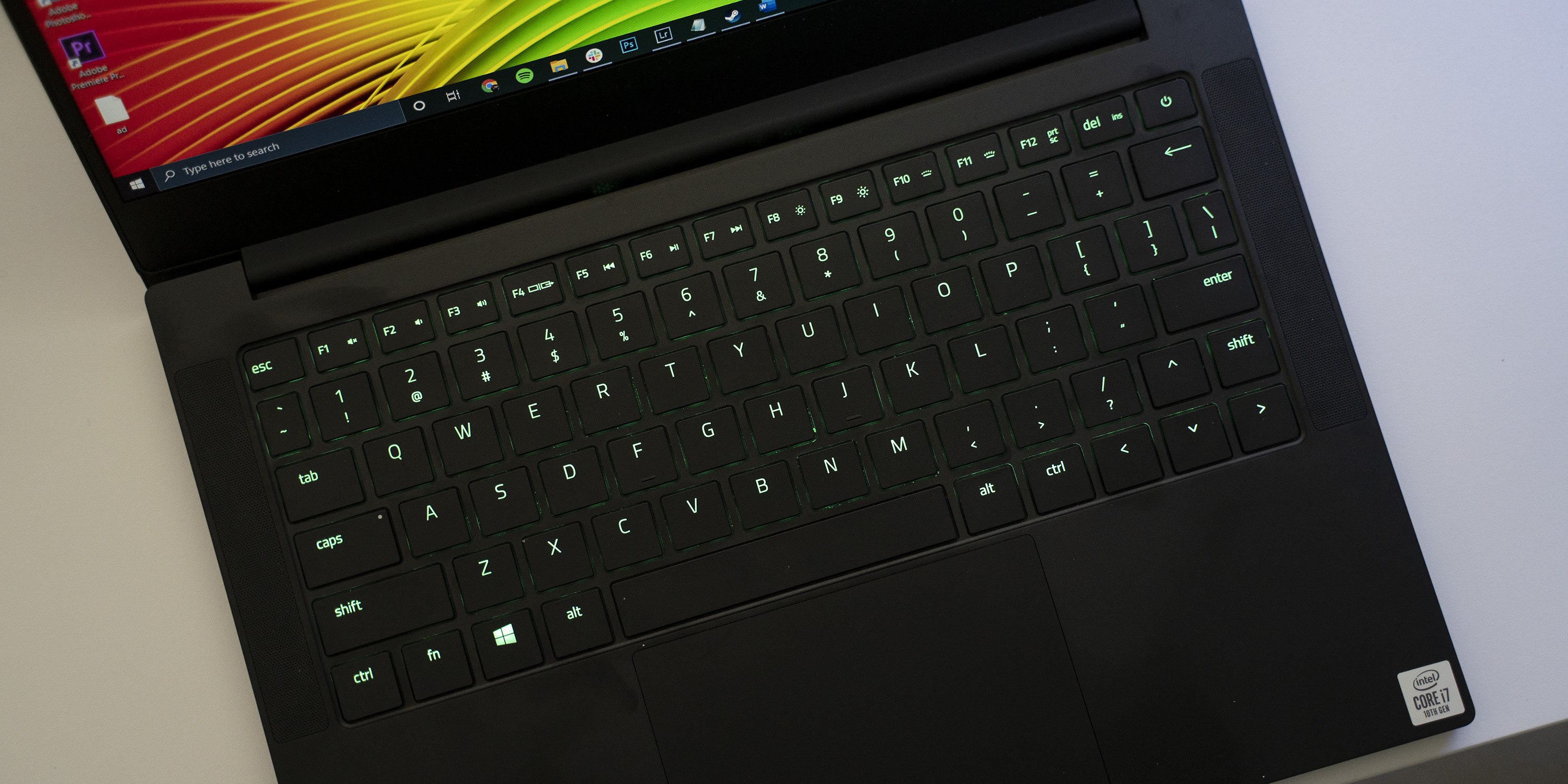 My sole complaint about this keyboard is the right-hand shift key. A somewhat common trend is to make that key the same size as a letter key, and it’s still an infuriating decision to me. It took several hours of use to start getting used to the smaller key finally. I’d bet Razer did this to leave more room for the arrow keys, a crucial part of a gaming laptop, but I don’t think it was worth it. After all, you need a proper keyboard to play games on this machine comfortably.

The Razer Blade Stealth (2019) is a very spec-heavy device, and by extension, a very power-hungry device. Battery life is not incredible on this machine, but that’s something I can live with.

With general tasks such as writing in a browser or even Microsoft Word, you can easily pull around 8 hours out of a single charge. Add Photoshop or a casual game to the mix, and things get down to approximately 5-6 hours. 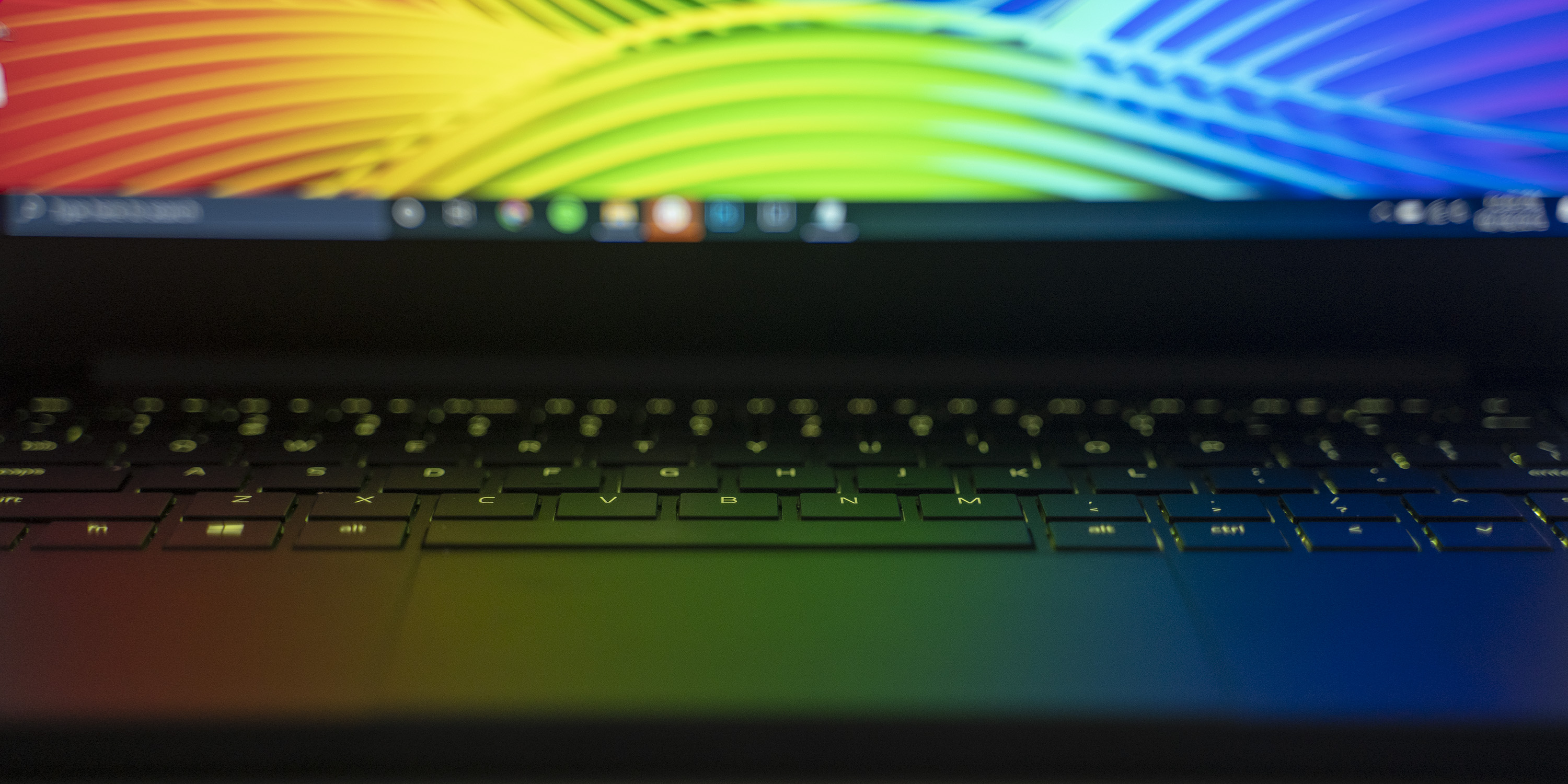 However, if you’re doing more intensive tasks, you need to keep a charger or battery bank nearby. With Lightroom, a Sony remote application, and a few Chrome tabs open, I was able to run through over 60% of the battery in the Stealth in barely an hour, even with the battery saver mode turned on. Undoubtedly this is because of the GTX 1650 inside, but it’s still pretty nuts how quickly you can kill this battery if you want to.

Luckily, charging is fast with Razer’s included power brick. That’s a 100W USB-C charger, which I wish was a bit less bulky, but it could quickly charge up the machine. At one point, I was able to go from 10% to 90% in less than an hour while still using quite a few tabs in Chrome. Even a 60W charger I keep handy in my backpack was able to give the machine a fixed charge, though.

I’ve only spent around a week with the Razer Blade Stealth (2019), but right now, I think this is the best Windows laptop content creators can get for use on-the-go. It’s highly capable, built well, and it’s actually not overly expensive at $1,899 for the model I purchased. Sales are now open on Razer’s website and select other retailers.