Ecoflow River 370 Review: Charge up to 9 devices with this power station [Video] 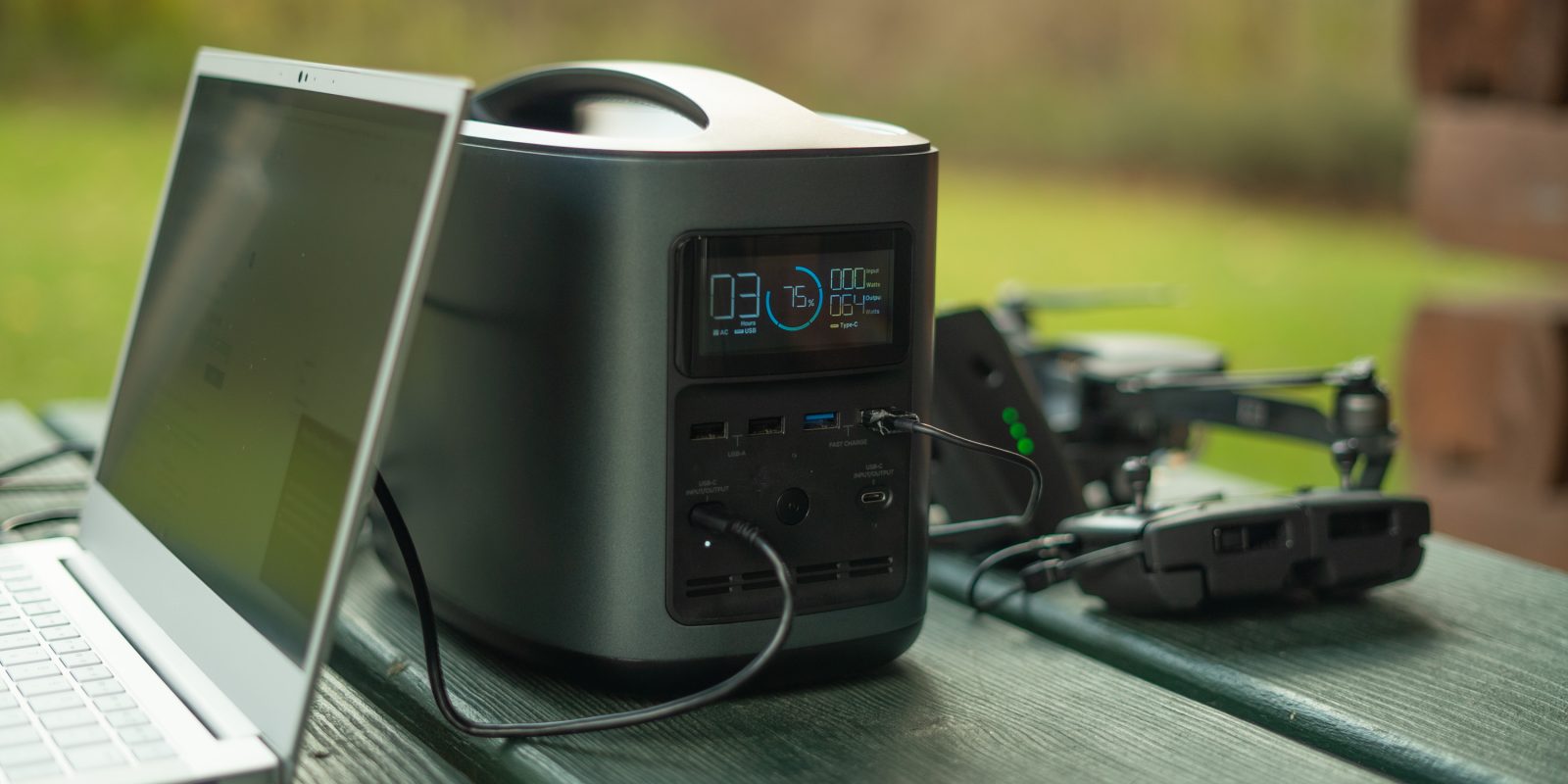 Having a portable power station around for emergencies or adventures is always a good idea. With the variety of devices and plugs these days, having a wide array of ports on the power station is even better. The Ecoflow River 370 is an easy to use power station that can charge up to nine devices simultaneously thanks to its assortment of ports. Check out the video for more.

The first thing I noticed is that this is the biggest portable power station I’ve taken a look at. The River 370 comes in at 11-lbs and measures 9.8 x 6.3 x 8.2-inches. While the biggest, it might also be the most attractive. On the front, we have a large display that displays the current charge and an estimate for how long it will power what’s plugged in. That estimate is handy to have and makes the River 370 very user-friendly.

The other side of the display shows input watts and output watts – which is always great to see, especially when charging the power station from a solar panel. 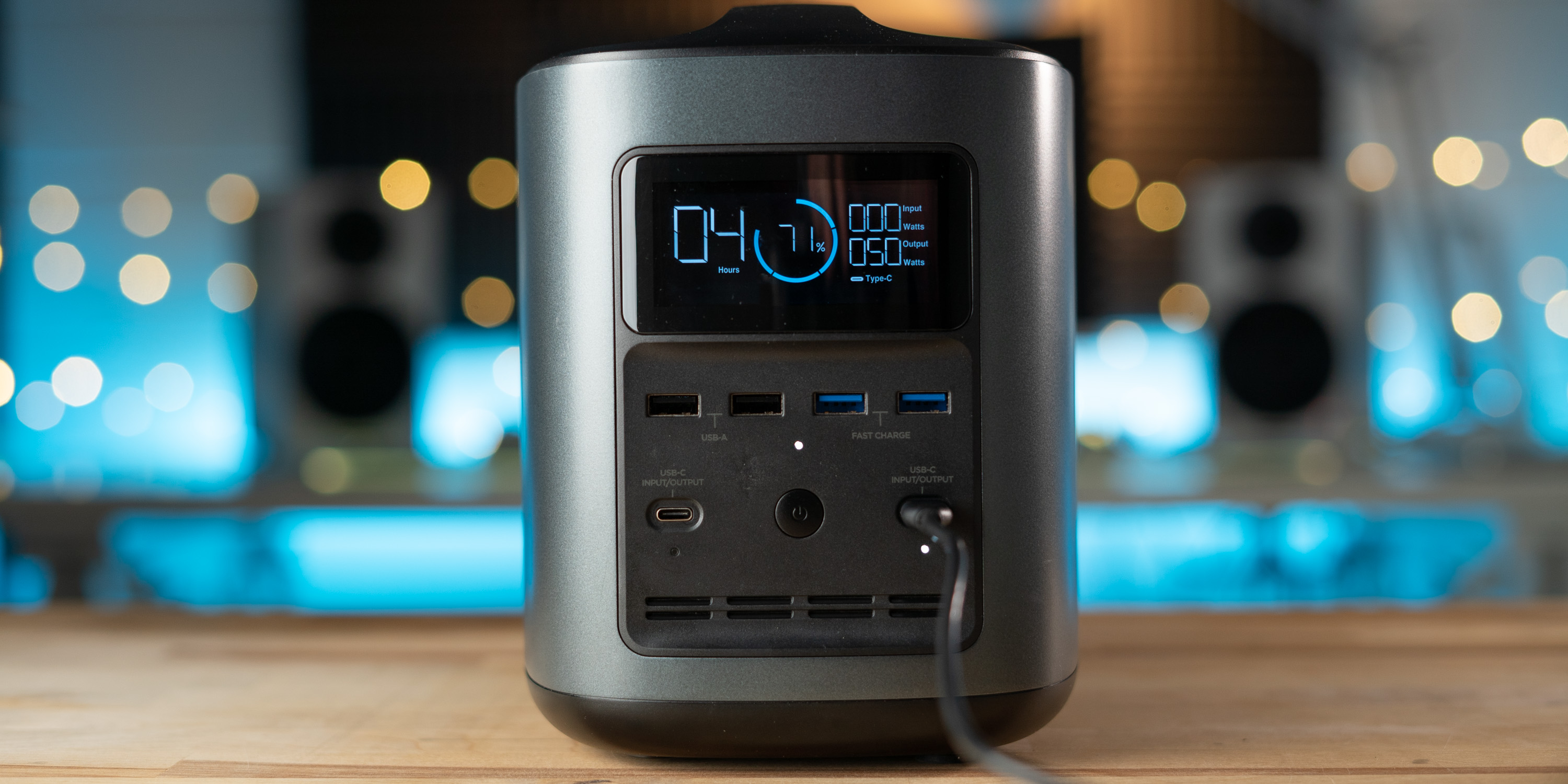 One of the main features of the River 370 is the variety of inputs and outputs. Since its a larger power station, on the front, it features two USB-A ports and two USB-A fast charging ports. Under that, is the power button and two USB-C inputs or outputs.

On the back of the power station, there is a button for turning on the AC ports, standard 12V barrel plug, and two AC outlets. So altogether, the River 370 can charge nine devices simultaneously.

To recharge the River 370, there is an AC adapter with a USB-C cable included. Ecoflow says it takes about 7 hours to charge fully, and that’s about what my testing found out as well. Additionally, the power station can be charged with another USB-C cable at the same time to take that charging time down to around four hours, according to Ecoflow. That’s very fast to get a 370Wh battery back up to full charge.

Like most of these power stations, the River 370 can also be charged via solar power though no accessories are included in the box for this. Ecoflow has its line of panels that have an MC4 to USB Type-C cable for charging. 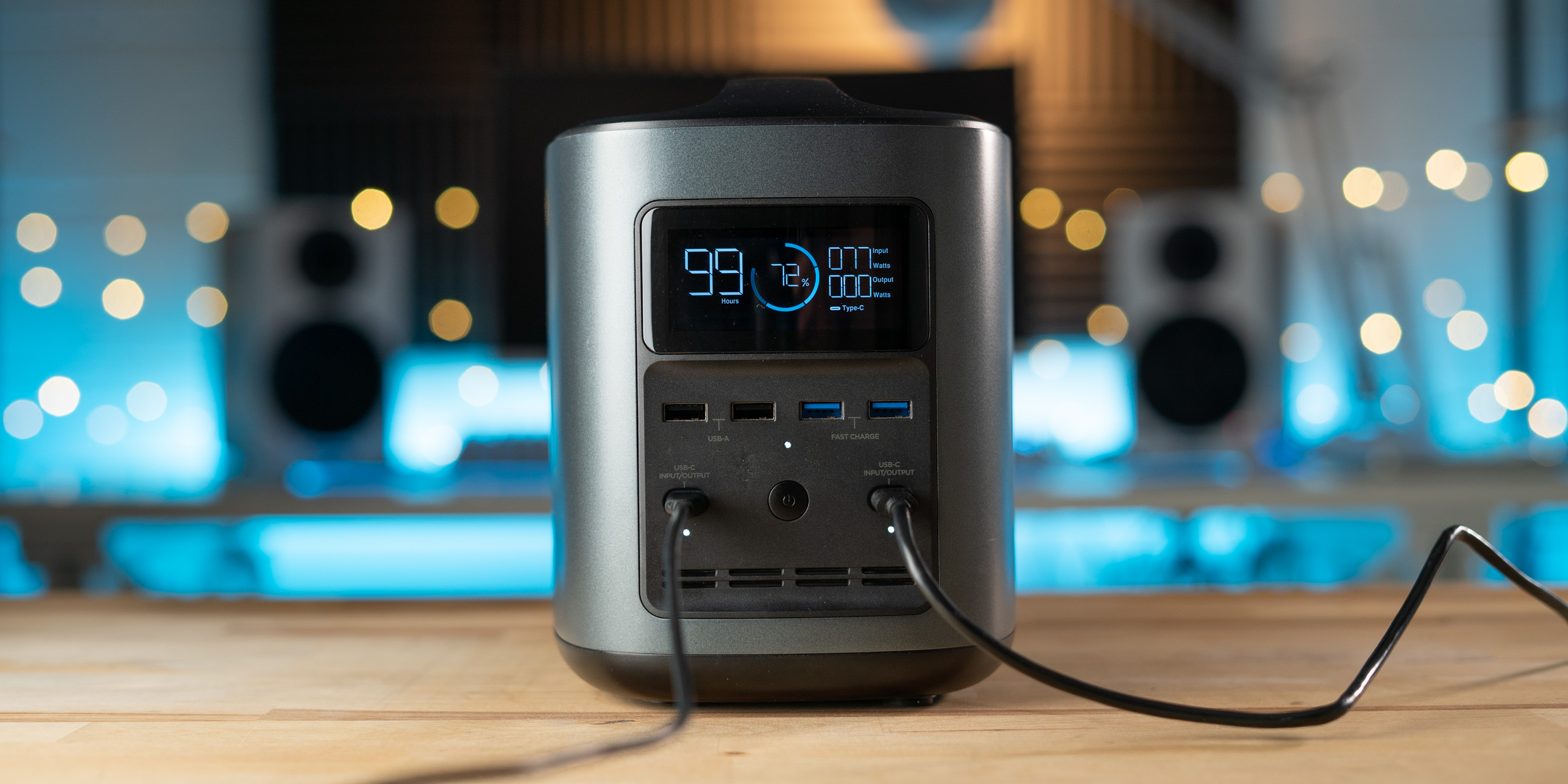 Because of its elegant and straightforward design, the River 370 is one of the most accessible power stations to use that I’ve experienced. Everything is clearly labeled and easy to find. I also think it’s a great looking power station – not that it matters, but for $530, it should probably look as good as it performs. With the nine available ports for charging, the River 370 is ready for anything off the grid. 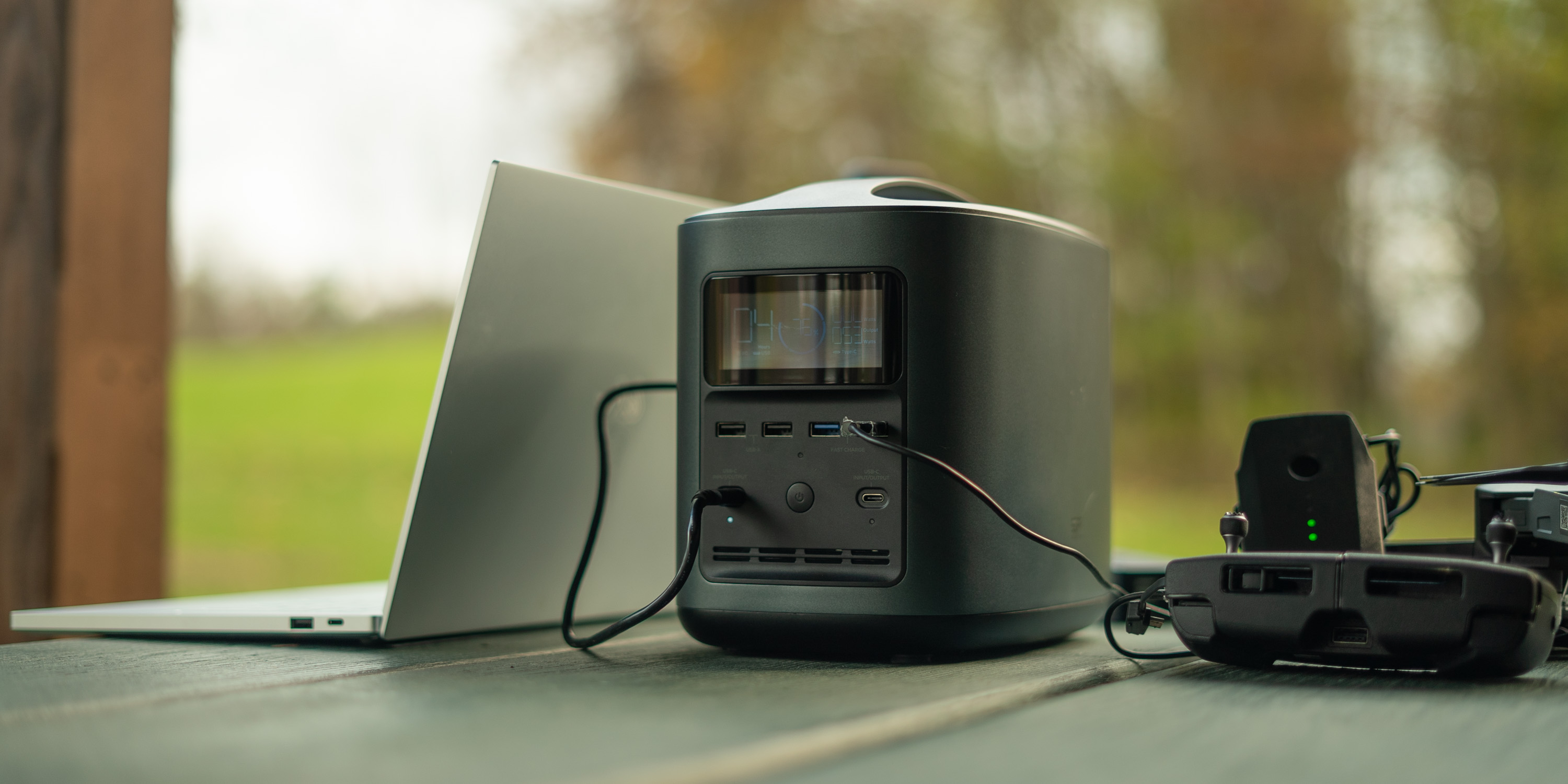 Overall, the River 370 Is an attractive, easy to use portable power station – and at $530, the price reflects that. There are some other great smaller options out there like the Jackery Explorer 240 we looked at earlier this year, but that lacks the input and output options like USB-C and dual AC. If you need a large battery with an equally large number of ports, the River 370 is a great choice.

Buy the Ecoflow River 370 on Amazon