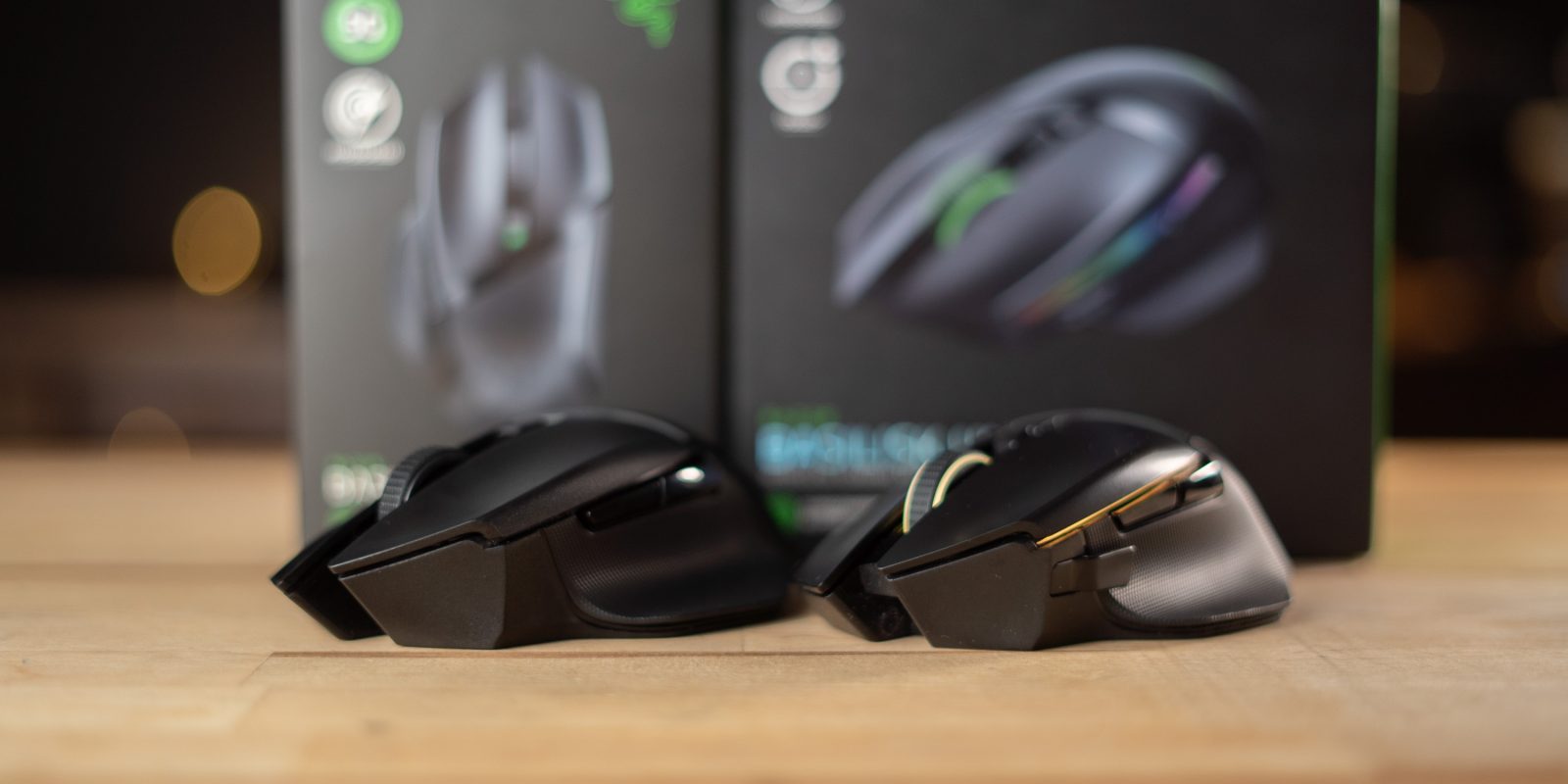 Razer’s latest additions to their line-up of popular mice are wireless variants of the FPS focused Basilisk. The Basilisk X Hyperspeed features wireless functionality with a long battery life while the Basilisk Ultimate packs all of Razer’s latest tech along with Chroma and a charging dock into an ergonomic gaming mouse. Head below for more details on the latest from Razer. 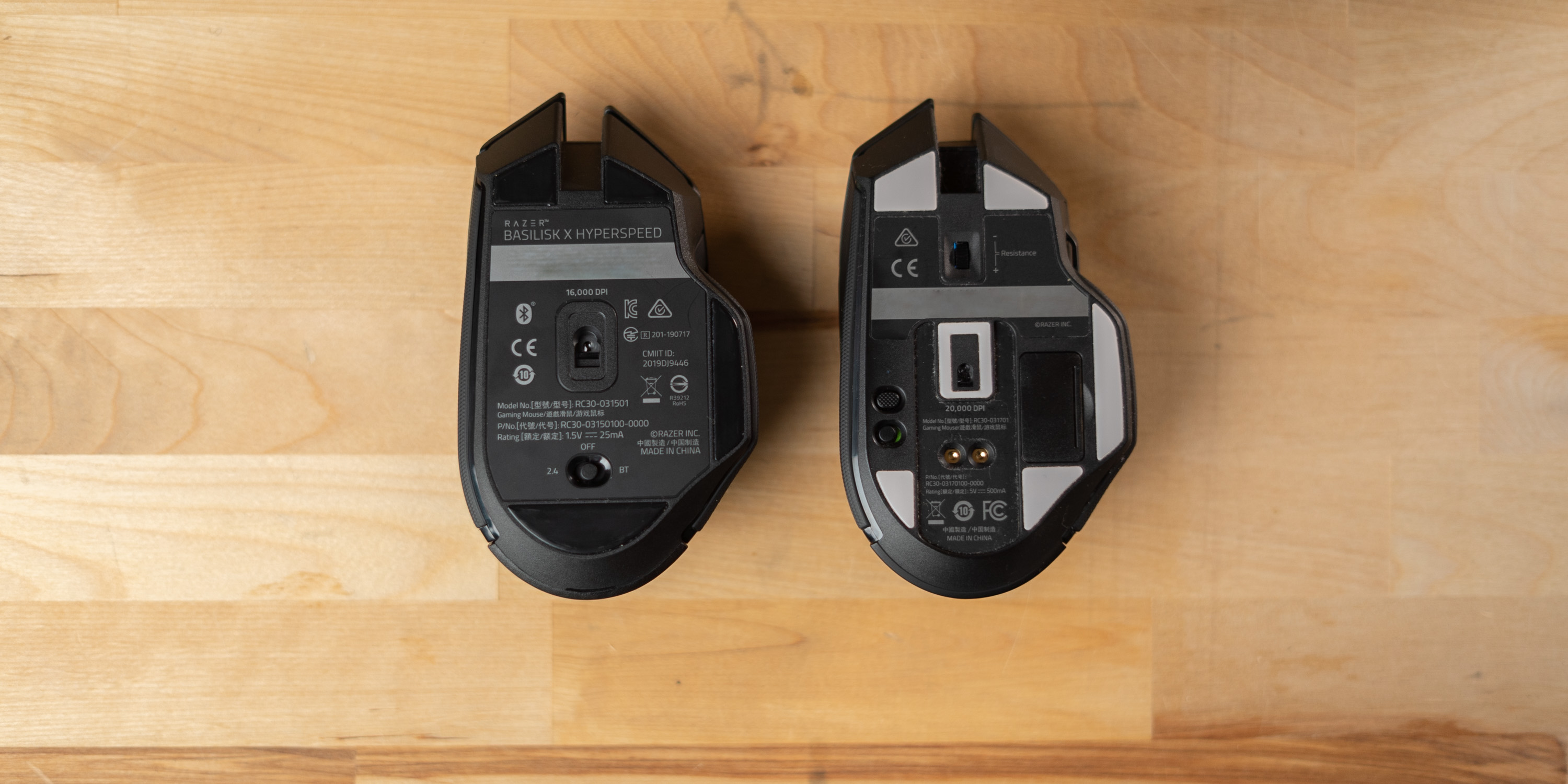 So now let’s focus on the Basilisk Ultimate. Coming in at $170, It’s right-handed design looks and feels great. The large thumb rest is comfortable for extended play and makes holding and adjusting the mouse very easy. On the bottom of the mouse we find a storage compartment for the USB wireless dongle, a power button, profile button and profile indicator LED. We also have the adjustment for scroll wheel resistance.

On the left side of the mouse we have the ergonomic thumb grip, two thumb mouse buttons, and the port for the multi-function paddle.

On top, we have two large mouse buttons, the scroll wheel that can also be pressed in and to the left or right for more functionality. We also have two DPI stage buttons directly under the scroll wheel. 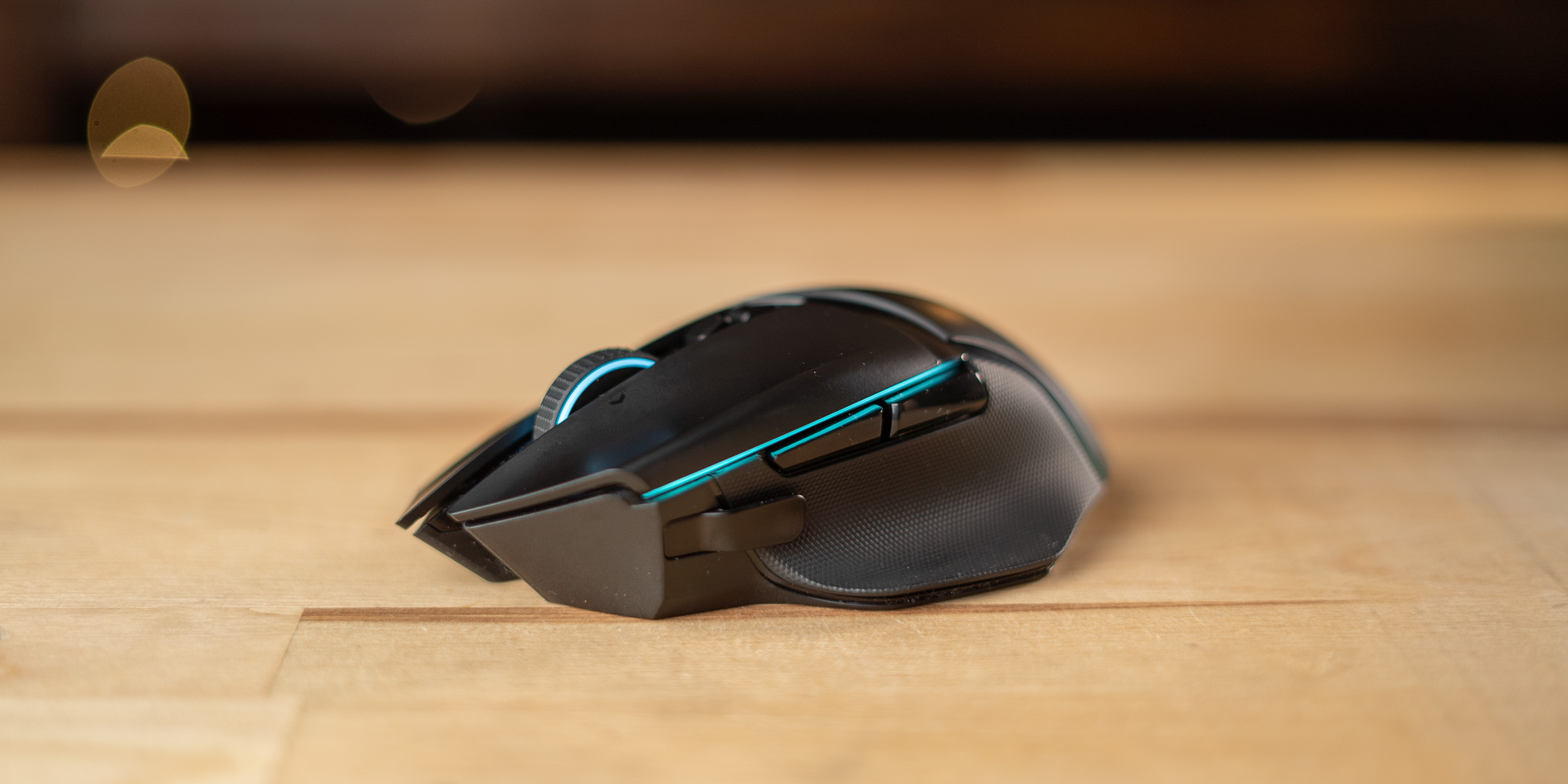 Though it’s wireless, Razer has packed tons of it’s Chroma RGB into the Basilisk Ultimate. 14 lighting zones let you easily set the Basilisk Ultimate to match the rest of your battlestation. Eight zones on the left side of the mouse, four on the right, the scroll wheel and the Razer logo are all customizable through Razer Synapse 3. The Basilisk X Hyperspeed doesn’t feature any Chroma RGB. 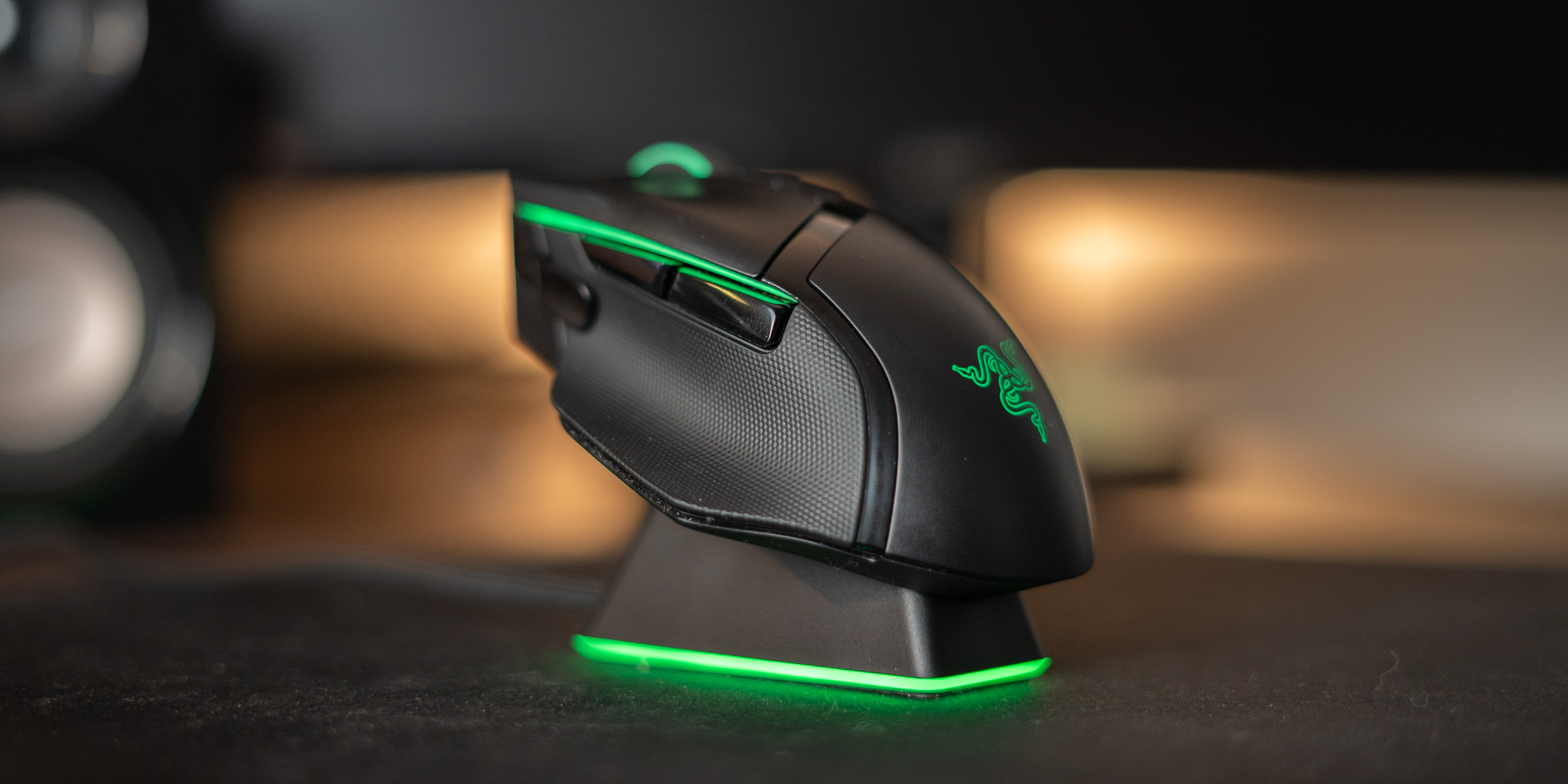 Single zone Chroma on the charging dock is also a really attractive touch. And when you dock the Basilisk Ultimate, it will glow colors that signify how charged the mouse is. This makes it super easy to place the mouse on the dock when you’re done using it and charge it up.

It did take me a few days to become familiar with where to place the mouse of the dock. I felt like I had to move it around to find the two prongs but now that I’ve been using it for a while I can place it instantly. 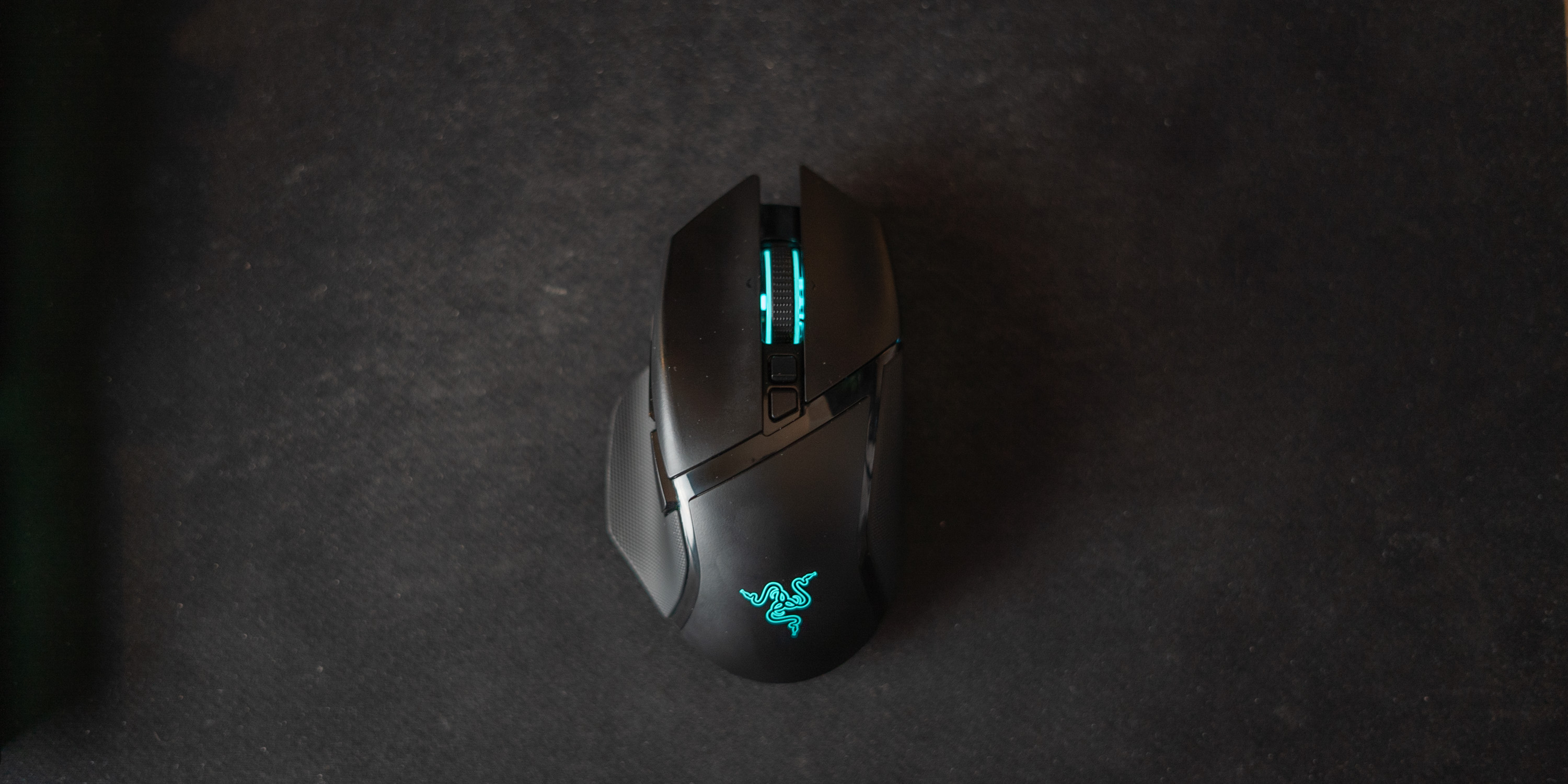 Beyond just Chroma RGB, the Basilisk has tons of other customization. Like on the wired version of the Basilisk, the Ultimate has a resistance setting for the scroll wheel. It also has the multi-function paddle for your thumb. This comes uninstalled but can be added if you want another button. On the wired Basilisk Razer calls this the DPI clutch and suggests using it to temporarily change your DPI for fast movements in crucial situations. I never really found myself using it and leave it off on the Basilisk Ultimate as well.

Playing wireless is a game changer. Not that it’s impossible with a wire, but having complete freedom (especially on a sometimes cluttered desk) is great. I couldnt notice any additional lag compared to the wired Basilisk or wired Mamba Elite I have been using recently. 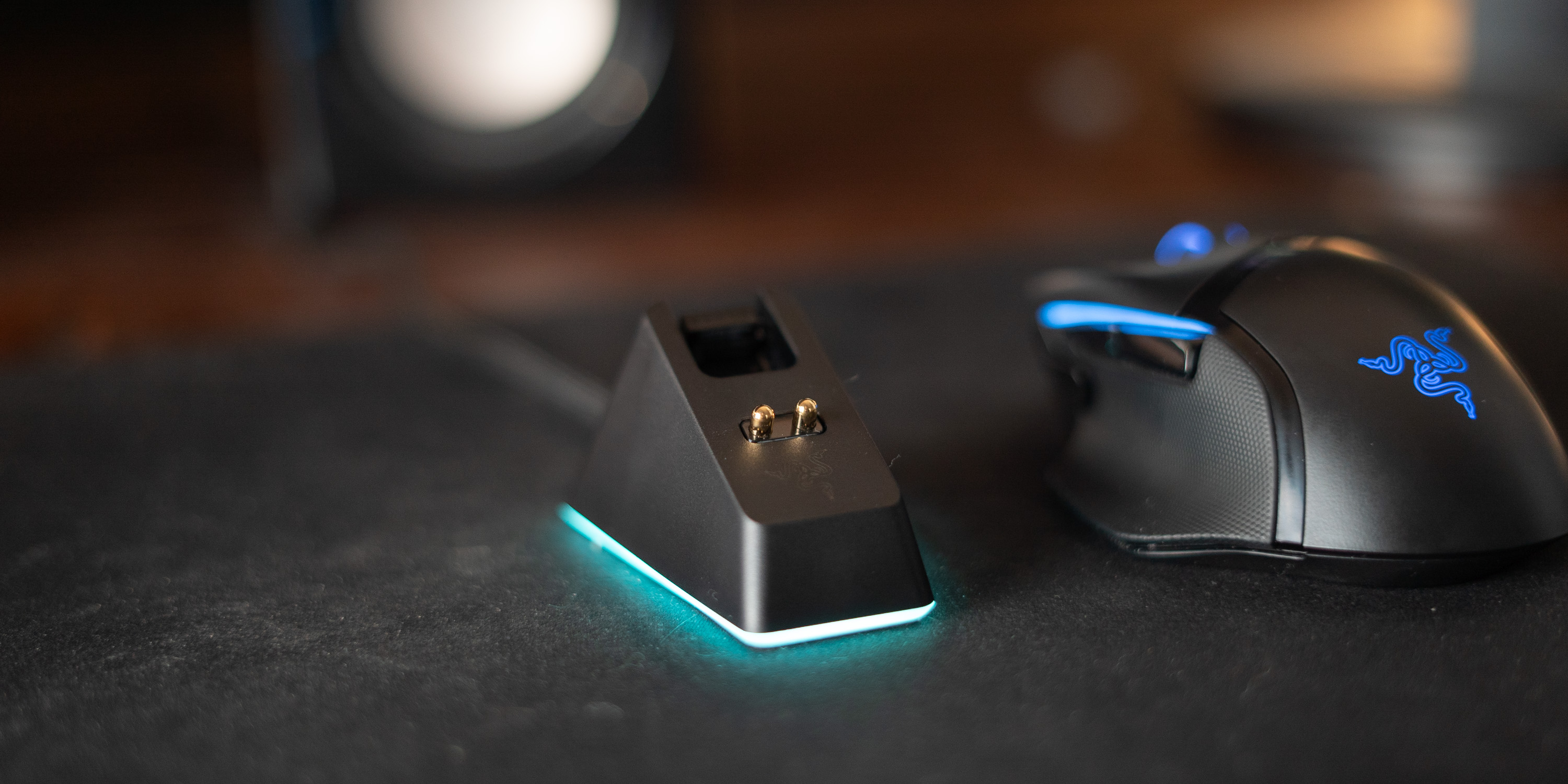 Razer has packed a ton of its newer tech in the Basilisk Ultimate as well. Instead of the standard 16k DPI sensor found on many of Razer’s mice and the Basilisk X Hyperspeed, the Ultimate features the same Focus+ 20,000 DPI sensor found in the Viper Ultimate. You can read more about it here on Razer’s site, but basically it can track more accurately and also re-calibrate itself if you change to a mousepad with a different material. Pretty awesome.

The Basilisk Ultimate also employ’s Razer’s new optical mouse switch. Again, you can read more about it on Razer’s website. I’m not sure that I could actually tell a difference in activation speed, like Razer claims, but they also claim that it is rated up to 70 million clicks instead of the industry standard 50 million clicks with traditional mouse switches.

I’m loving the Razer Basilisk Ultimate. It’s Chroma, customizability and wireless performance make it a blast to use for gaming. The added touch of Chroma with the dock is also a nice feature. It has become my go-to mouse and I’m not sure that I could go back to a wired mouse for gaming after this.