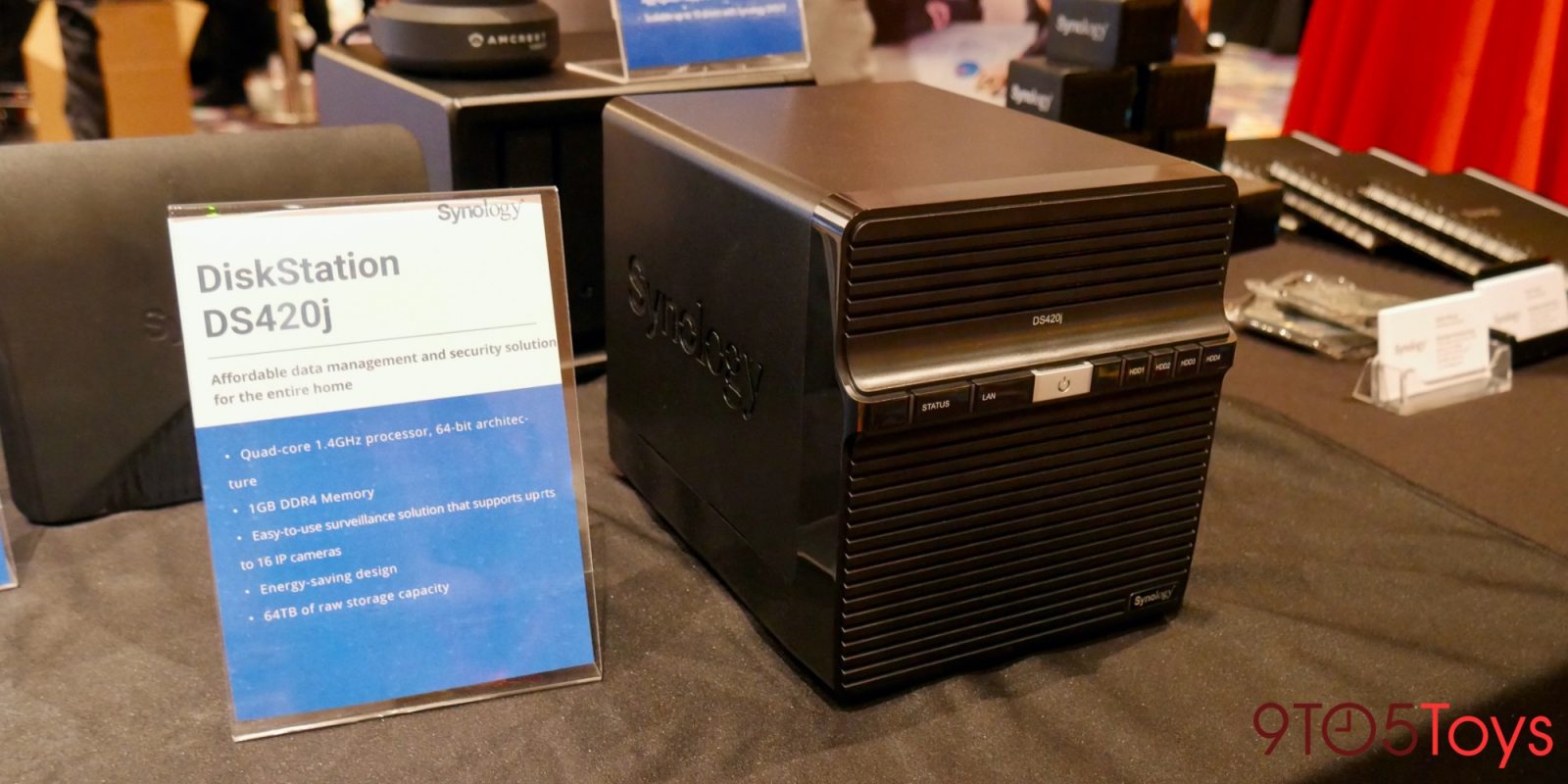 Synology is taking to CES this year to officially unveil its latest affordable home storage solutions with the debut of its DiskStation DS420j NAS. Designed for managing a user’s data backup and file sharing needs, this four-bay model enters with a compelling $286 retail price for its feature set, 112MB/s transfer speeds, and the usual suite of Synology software capabilities provided by DSM. Head below for a closer look at Synology’s new DiskStation DS420j NAS.

Entering on the more affordable side of NAS, whether it be from Synology or competing manufacturers, the DS420j NAS looks to enhance the brand’s existing DS418j. While it sports a nearly identical design to its predecessor, it differs from many of the other models mainly thanks to a facade that obscures the internal drive bays. There’s still a similar footprint and the same black exterior casing.

Powered by a four-core 1.4Ghz CPU, the company’s latest supports a total raw capacity of 64TB or 16TB per each of its four hard drives or SSD slots.

In terms of RAM, you’ll find 1GB of DDR4 memory included in the Synology DS420j NAS. So while this may not be an ideal model when it comes to hardware transcoding with Plex, it’ll surely handle direct streams as well as other media serving needs. That’s on top of Synology’s Surveillance Station capabilities, which we’ve previously taken a hands-on look at. 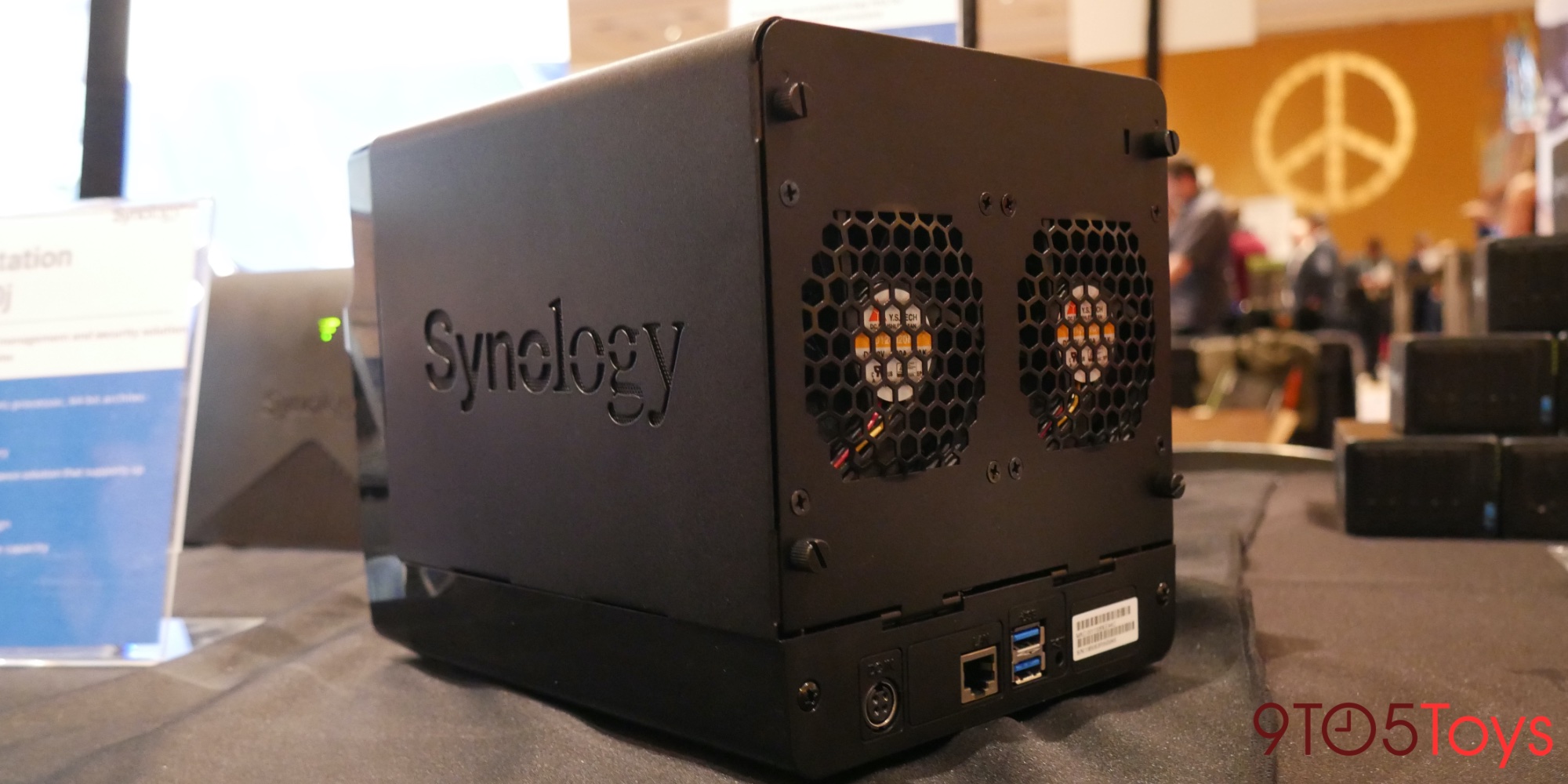 Connectivity enters in the form of a pretty standard 1Gb Ethernet port, which is then supplemented by dual USB 3.0 slots which you’ll find on the rear of the casing. You can expect to enjoy around 112 MB/s encrypted sequential transfer speeds and the entire package is centered around an energy-efficient design that is said to only consume 7.88W of electricity while in hibernation mode.

Update: Now that the listing has gone live, it looks like Synology has updated the pricing from what we were originally informed. It’s now available for $299.99 at Amazon.

The real standout inclusion from Synology on the DS420j NAS is the price tag. Entering, this will be one of the more budget-conscious ways to kickstart a home media or backup server. During our hands-on time with the product, this affordability is something that Synology continued to note, comparing it to other similar models on the market which either lack some of the brand’s touted features or aren’t as capable hardware-wise. 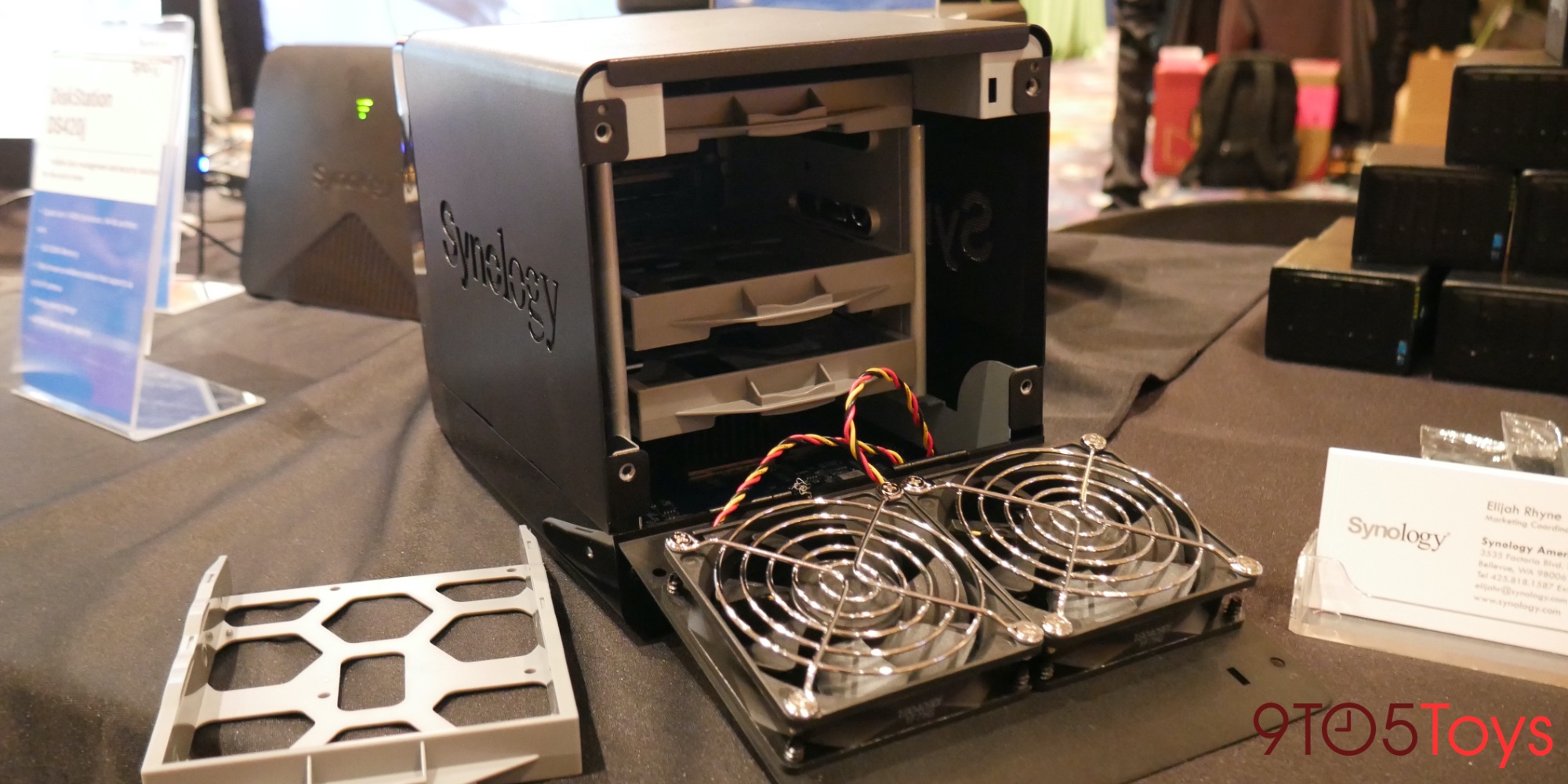 After getting a brief hands-on look at the latest release from Synology, we can clearly see that the company is bringing its usual home-bound focus to one of the more entry-level price points we’ve seen from the brand while still delivering a capable four-bay model.

In terms of quality, you’re still getting the same overall package that we’ve explored in previous reviews, but with an emphasis on kickstarting your home server needs, rather than being tantamount to backup and media distribution needs.