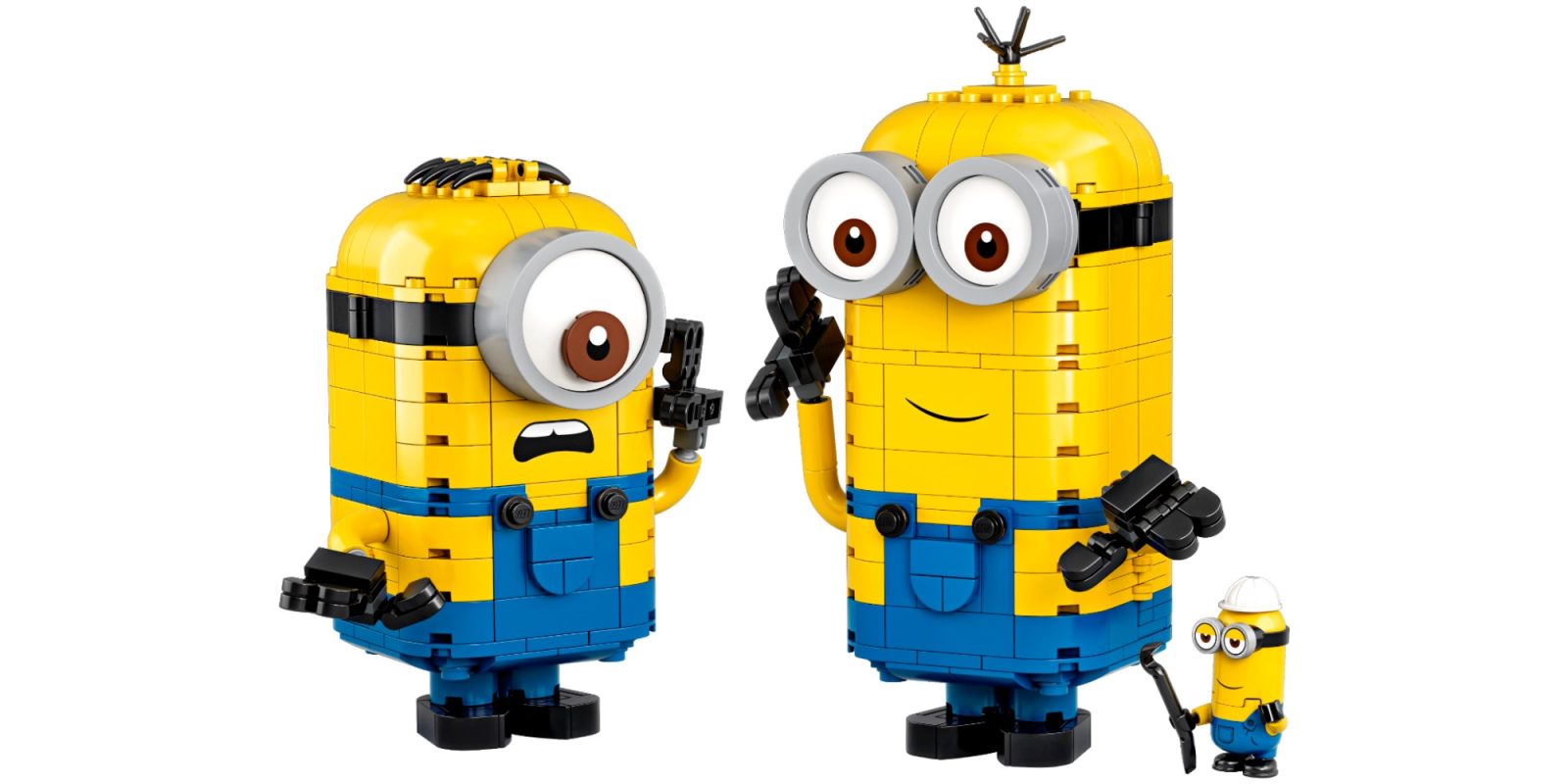 This year’s Toy Fair convention is slated to kick off this weekend in New York City officially, but it seems that LEGO can’t hold back their excitement to unveil its latest theme. With Minions: The Rise of Gru slated to hit theaters in the coming months, LEGO has now officially showcased five kits inspired by the film. Complete with new Minions minifigures, there’s also some exciting new bricks and more included in the upcoming creations. Head below for a closer at the new LEGO Minions builds.

Today’s latest additions to the LEGO lineup debut after yesterday’s highly-anticipated arrival a Baby Yoda BrickHeadz creation and Razor Crest kit. While we’re expecting to see more brick-built Star Wars action at the show tomorrow, we’re now getting a first look at what to expect from a new LEGO property, Minions.

LEGO has been teasing its release of kits from the popular ‎Illumination Entertainment series for quite some time now. And with the impending theatrical release of Minions: The Rise of Gru colliding with one of the largest toy conventions of the year, it only makes sense that LEGO would take the wraps off its latest theme. 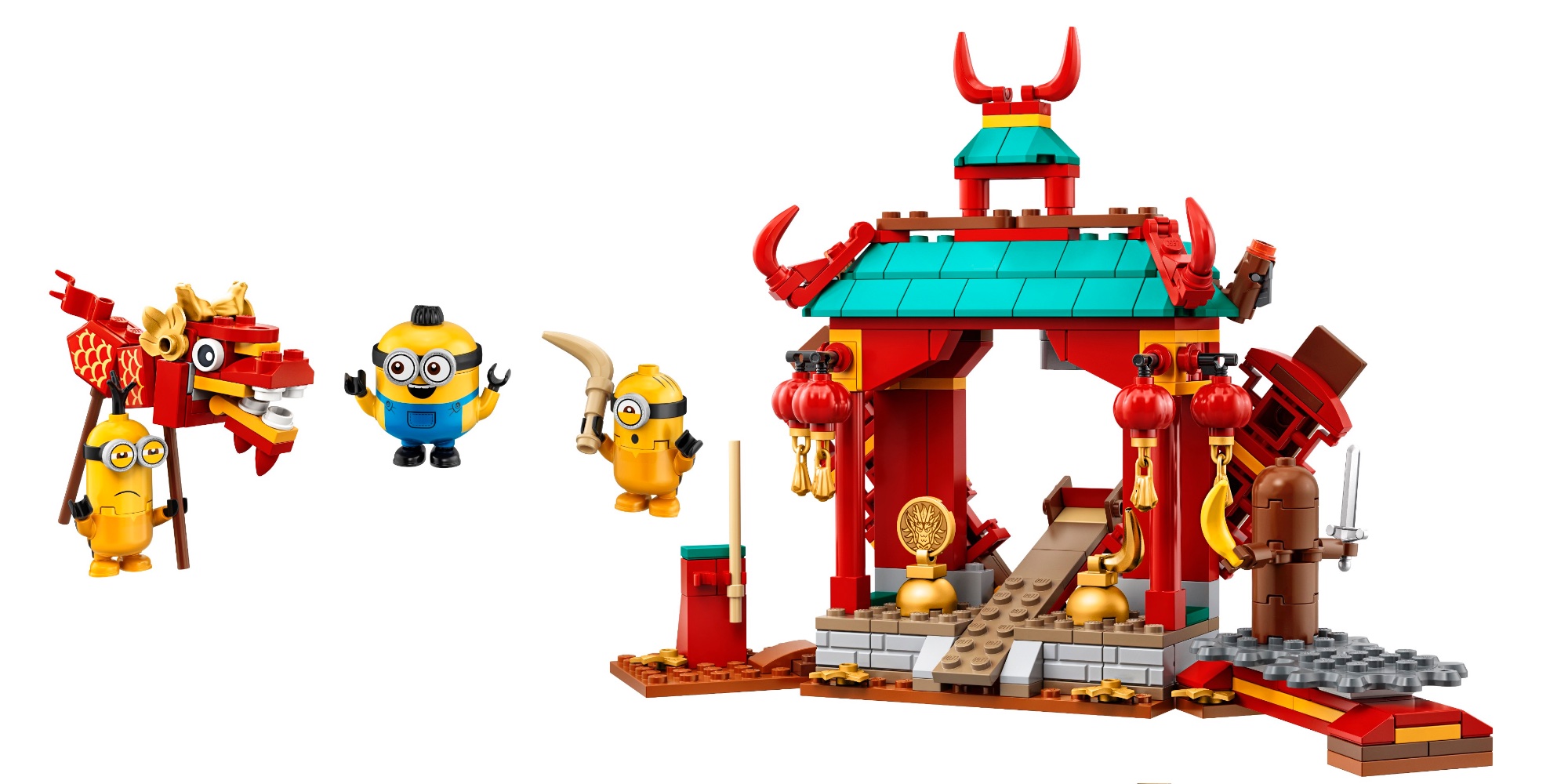 In total, five kits are launching in the first wave of LEGO Minions builds. There are a collection of new bricks entering in the theme, might notable new elements to pull off the signature look of the Minions themselves. There’s entirely new pieces to create their bodies and legs, as well as refreshed printed eye bricks. Gru himself even makes an appearance in one of the builds.

Ranging from some more affordable creations which clock in starting at 87-pieces, the series is headlined by an 876-brick set that assembles two large Minions complete with minifigure-scale counterparts. Other kits in the lineup create Gru’s Lab, a plane, motorcycle, and a Chinese New Year-themed Kung Fu battle.

As of now, no official pricing has been unveiled for the kits. Nor do we know precisely when all five of the Minions LEGO sets will land on store shelves. Though with the Minions sequel film hitting theaters later this summer in July, it only makes sense them debut before the Minions return to the big screen.

Sure the new Minions sets may not have the same appeal that something like the Star Wars theme garners for adults, but there is plenty to like here if you’re a LEGO fan. The fact that all five kits have been spread nicely across the 87 to the 876-piece range is a great starting point. Now we just have to hope that there won’t be a substantial ‎Illumination tax and that the LEGO Minions kits are affordable as they are unique.

Toy Fair 2020: The best new releases out of this year's New York showcase

Toy Fair 2020 will be bringing some of the biggest toy manufacturers in the United States to the Jacob K. Javits Convention Center in New York City. It kicks off on February 22 and will run through the 25. Expect to see new releases and announcements from favorites like LEGO, Hasbro, Razer, and more.