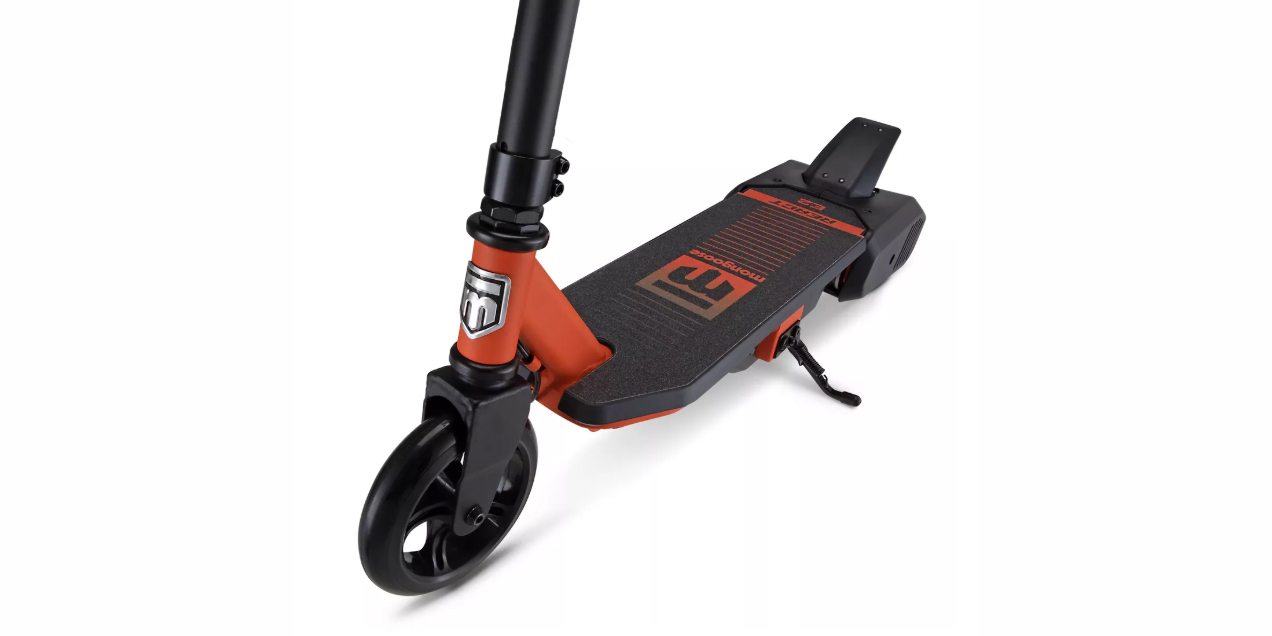 Toy Fair is just around the corner in New York City, and we’ll be on the ground with all of the latest releases from this year’s biggest toy event. Mongoose is hitting the scene with three new scooters including its first expansion into electric-powered two-wheelers. If you’re a follower of our sister-site Electrek, you know that this product category is particularly competitive. However, Mongoose is eyeing the lower-end market with a kid-friendly design that won’t break the bank, thanks to prices starting at $120. You can find full details and additional information on availability down below on the new Mongoose React electric scooters.

Mongoose’s parent company Pacific Cycle has been pushing to expand the brand’s offerings in 2020, and that means a fresh batch of electric scooters to start the year. This comes to live with three different models, including the Mongoose React E4, E2, and E1. All of which rock IPX4 water-resistance and support for riders up to 200-pounds.

First up, we’ll take a look at the high-end model. The $230 Mongoose React E4 is made for ages over 13 as it offers the most speed and robust motor. While it won’t match some of the top-grade options we regularly see for adults, the React E4 does deliver top speeds of 15MPH. This is backed by a 200-watt hub motor that sits directly adjacent to the wheel and doesn’t add much bulk along the way, as far as early press images reveal.

Mongoose offers a mid-range model that is suitable for ages over eight with a slightly more restricted powertrain. Speeds are limited by roughly 50% in comparison to the top-grade model with a total range of 8.5-miles on a full charge. It is limited to riders as heavy as 120-pounds. It will retail for $140.

Finally, it’s the E1 that provides the entry-level price point and features at $120. It’s also recommended for ages eight and up with limited speeds and a slightly smaller battery that tops out at a 7.5-mile range.

Mongoose is expected to make these models available in the coming months in the lead up to summer and warmer weather.

In hindsight, it’s almost crazy that Mongoose hasn’t been in the electric scooter game. While there are plenty of high-end options out there, the kid-focused arena is ripe for the picking. Of course, Razer has been releasing various electric scooters for a while now, but I wouldn’t say they have market dominance by any means. The price is also largely competitive, inline with deals we’ve seen from other manufacturers. It’s exciting to continue to see Mongoose and other brands make their mark in this way while expanding the market even further.