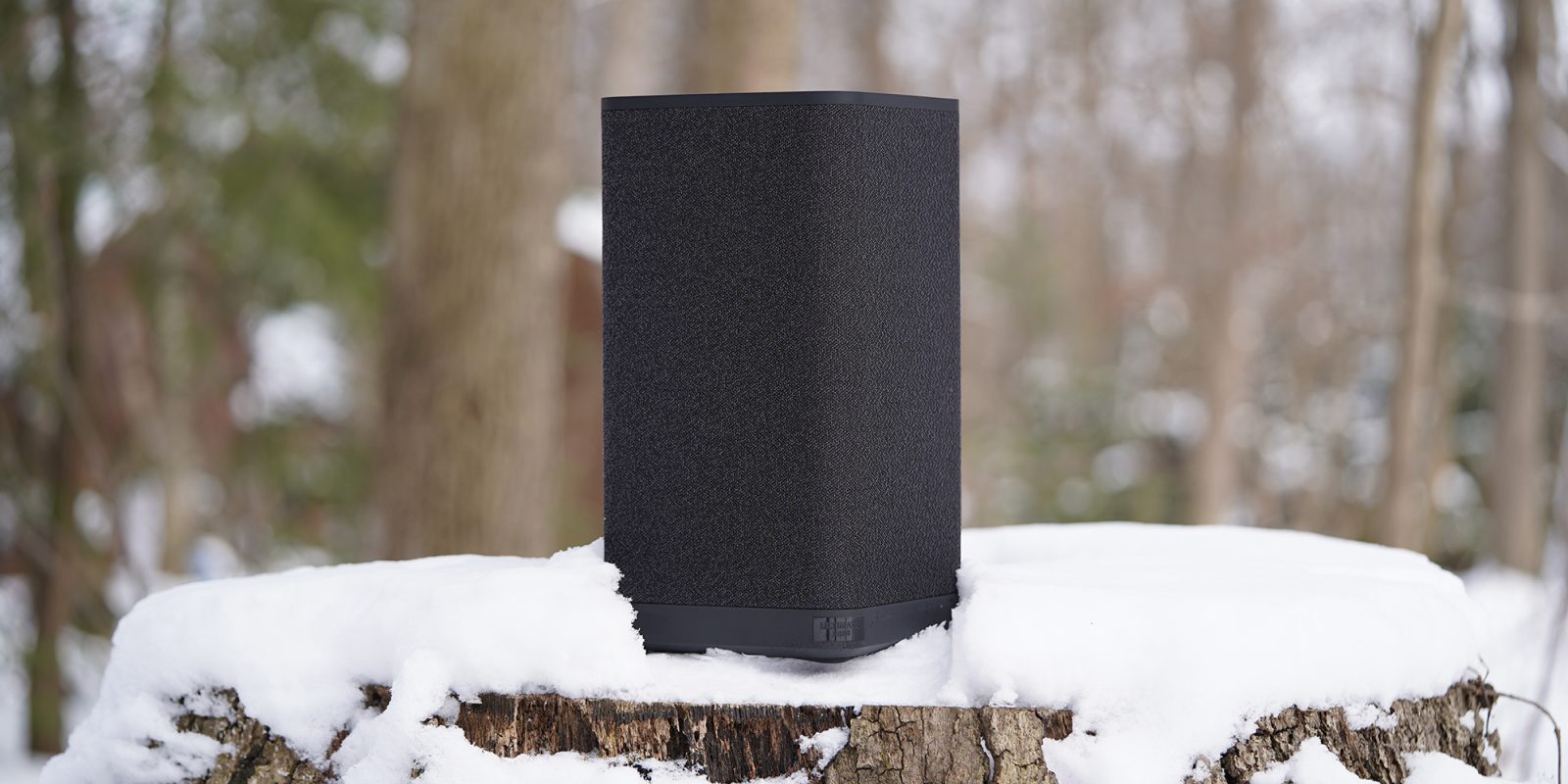 Earlier this week, popular audio manufacturer Ultimate Ears announced its new HYPERBOOM Bluetooth speaker. The brand’s largest offering yet arrives with a hefty design and price tag to match. With a 360-degree design and robust bass, the HYPERBOOM looks past traditional speaker offerings and focuses in on parties instead. Specifically, it’s pointed towards warmer weather activities, but Ultimate Ears also sees it finding a place somewhere else in your life: the home theater.

So after a few weeks with the Ultimate Ears HYPERBOOM, I’m ready to offer a recommendation. With booming audio and a price tag sure to make some shutter, it falls in an interesting place in today’s highly-competitive speaker scene. Head below for more.

Familiar design on a larger scale

Ultimate Ears has been cranking out Bluetooth speakers for years. And more recently, has really honed in its lineup with a sleek and premium-feeling design highlighted by top-end materials. UE has taken that formula and put it together in their largest speaker yet.

When the HYPERBOOM arrives, it’s easy to be instantly taken aback by its sheer size. It’s bigger than a HomePod….nearly two times over. It’s not meant to be tucked into a corner but rather put out in the open where it has room to shine and make full use of its robust internals. 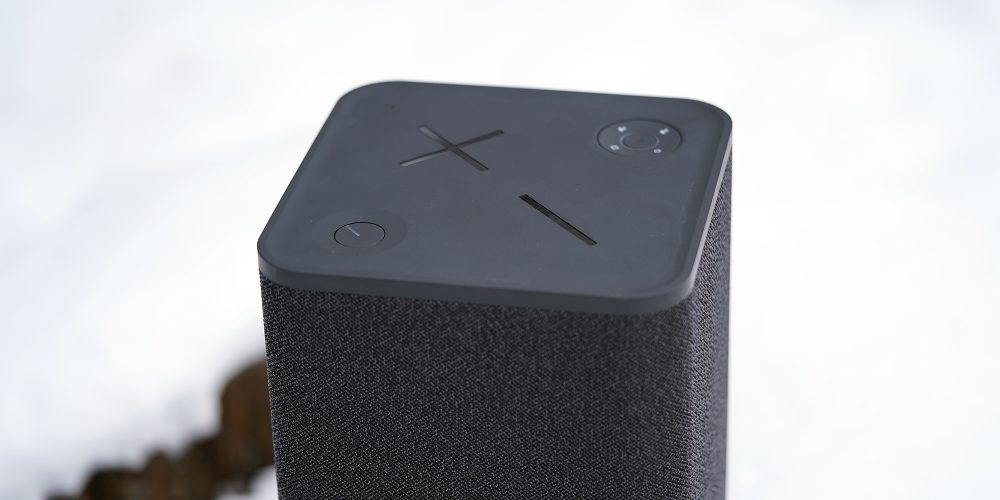 Weighing in a 13-pounds with a 14- by 7.5-inch design, this certainly isn’t the most portable speaker. But it’s manageable enough to be toted around from house to outdoor space. The larger size allows UE to make a few improvements, including 24-hours of battery life and an interior stuffed full of drivers, tweeters, and radiators.

On top, you’ll find that familiar Ultimate Ears design with large volume and playback buttons. Dedicated Bluetooth pairing is highlighted by a circular light that denotes whether you’re on device one or two. A larger power button rounds out the list of controls.

Flipping around to the backside reveals a covered bevy of ports. Lifting up the flap gives way to a powered USB-A port for charging, optical and auxiliary in ports, plus the AC power supply input. Just above it is a collapsible rubber handle with Ultimate Ears branding. 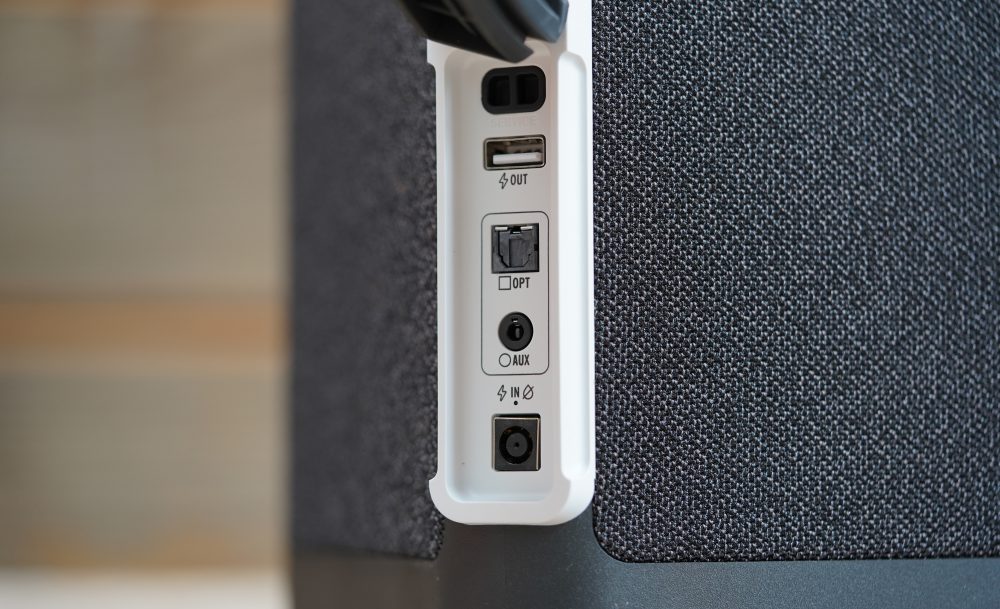 It’s important to set the stage and expectations for the Ultimate Ears HYPERBOOM. This is a $400 speaker designed for parties and filling loud spaces, such as your backyard or a home theater, with sound. As such, it packs booming bass and enough volume to easily make your favorite songs standout where other speakers quickly fall off for various reasons. This speaker can really boom.

However, I found it to be less enjoyable at standard listening levels. At times, my favorite sounds were drowned out by an over-aggressive bass, although adjustments to EQ via the smartphone app did help as did the automatic spatial awareness features from the built-in microphone. But with a design made for parties and large rooms, this is no surprise. I found the HYPERBOOM to be infinitely more enjoyable in our open-concept basement or attached to my TV while watching Star Wars. Listening to classical music, as you might guess, wasn’t a natural fit. 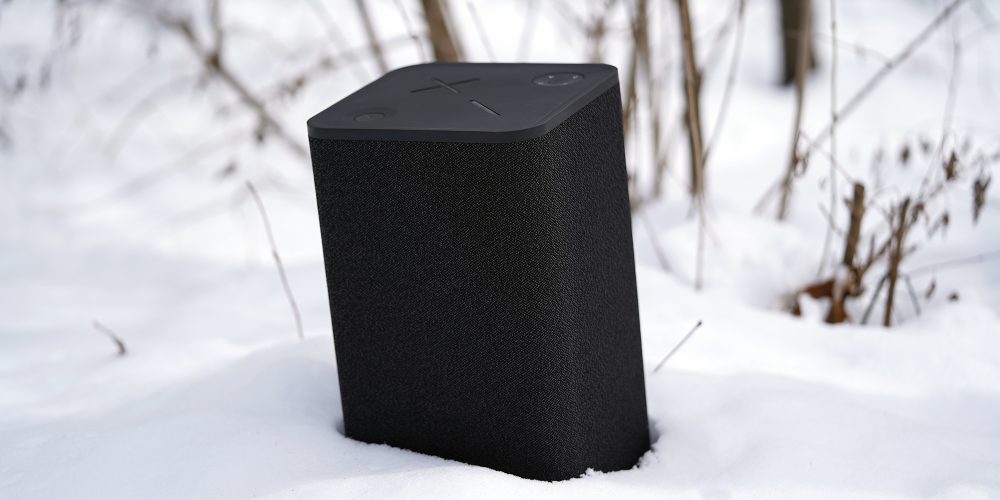 We know the HYPERBOOM is a premium Bluetooth party speaker with a price tag to match. Its water-resistant design is sure to make it a star this summer, and I’m already pining for warmer weather and the opportunity to let this speaker shine outside.

Without a doubt, the price tag is going to be a barrier to entry for some. You have to want to really invest significantly in a speaker at this price tag that doesn’t have basic smart functionality and the like. For those willing to shell out the cash, a premium design with excellent build-quality awaits.

The new Ultimate Ears HYPERBOOM is available for purchase today and ships on March 2nd for $399.99.