Nyko Sound Pad Review: Add a soundboard to your Xbox One or PS4 [Video] 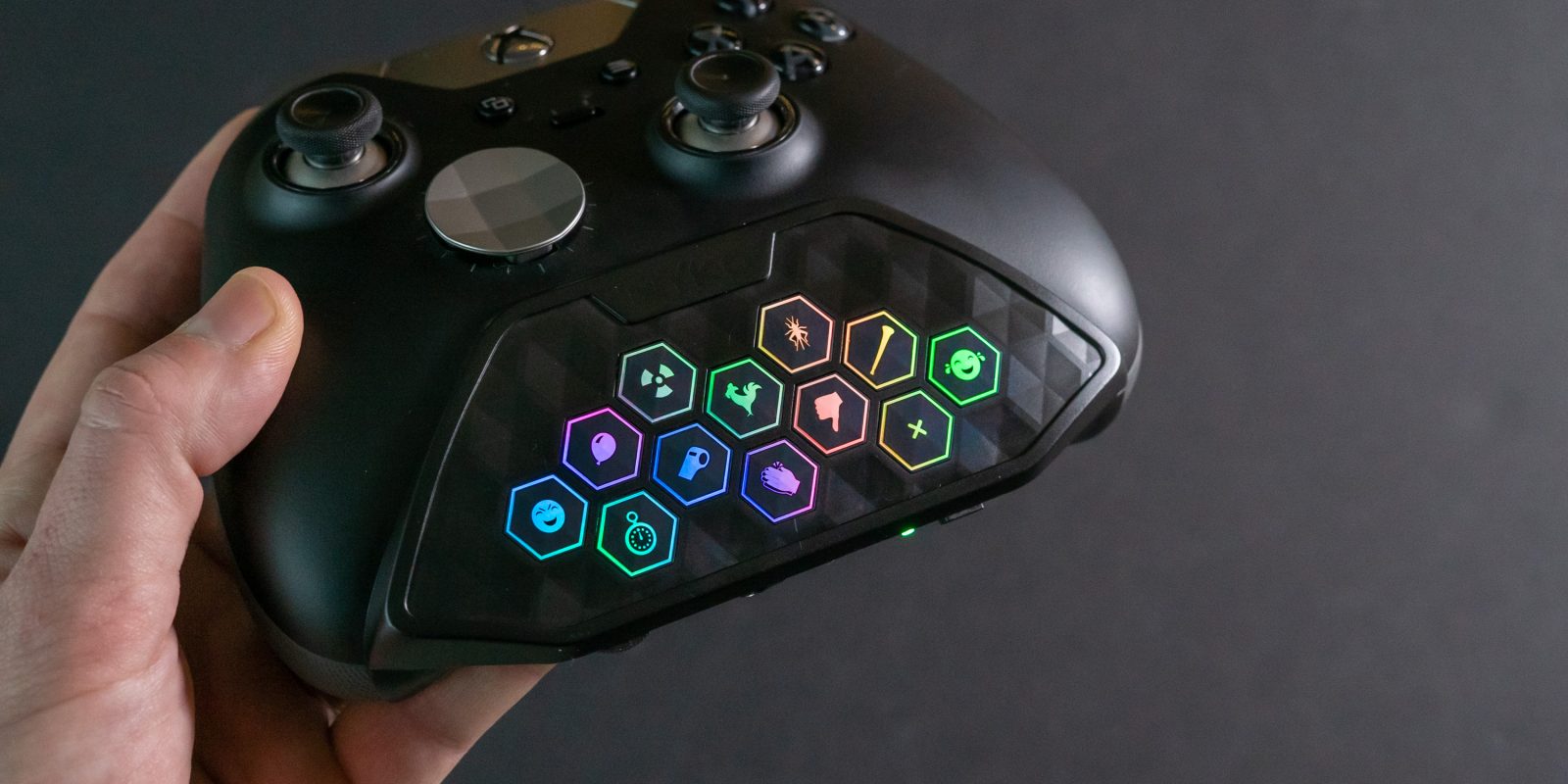 If you’ve ever dreamed of having a soundboard to use while playing on an Xbox or PS4, Nyko has you covered. With 11 sound buttons that can be customized to your sounds, the Nyko Sound Pad makes it easy to add some fun sounds to your party’s chat. Head below to see how this $25 console accessory performs.

Naturally, there isn’t much to the Nyko Sound Pad. In the box, we just find the Sound Pad, a micro-USB cable, and some instructions.

Build quality seems reasonable on the Nyko Sound Pad. The 12 buttons give some nice feedback when pressed, and the accessory fits tightly against my Xbox controller and don’t feel like it will come unplugged or fall off.

The Sound pad is designed to fit between the grips of an Xbox One controller. For me, it fits fine and doesn’t get in the way of any buttons on the series 1 Elite controller that I’m using.

Along the bottom of the Sound Pad, there is a volume dial, 3.5mm jack, micro-USB port, LED status light, and power button. 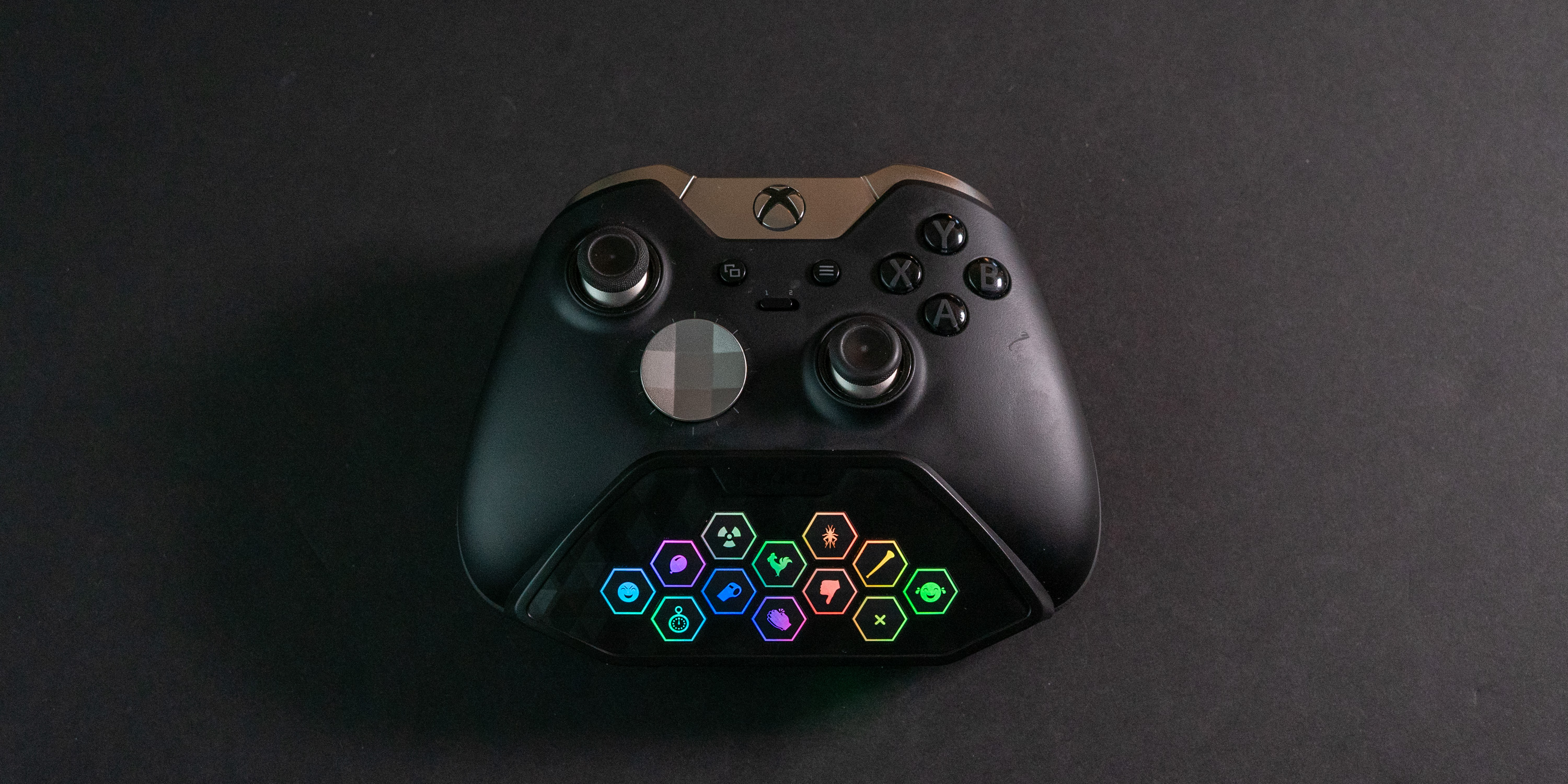 With whistles, chicken sounds, crickets, and air horns, the sounds seem to cover most of the bases for typical soundboard effects. There are 11 default sounds with the 12th button being a cancel button to stop a sound from playing.

If you find the noises aren’t what you’re looking for, though, it is relatively easy to add your sounds to the Sound Pad. You do need to do this through a computer, though. Use the micro-USB cable to connect the Sound Pad to a computer. When plugged in, the Sound Pad will mount like a USB thumb drive. In there, you’ll find 11 files named from “sound01” to “sound11”. To customize a sound, save it as an MP3 file and then rename it to the corresponding button sound name.

The buttons are labeled from left to right in rows. Because of the hexagonal layout, this is a little confusing at first, but it’s easy to figure out. Of course, the icons on the Sound Pad don’t correspond to the button number, so if you’re changing the sound, you’ll need to remember which icon it has replaced. 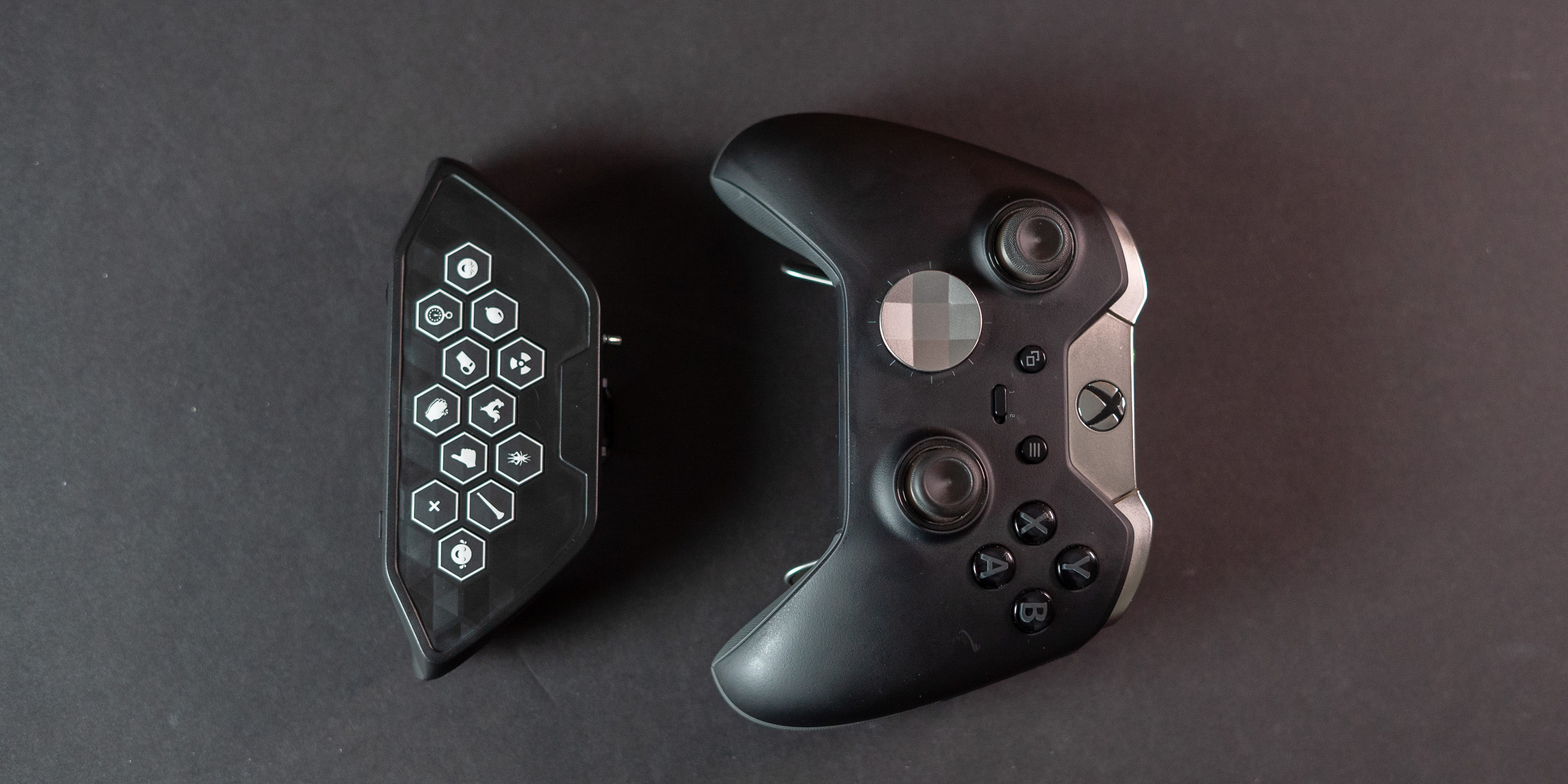 Unfortunately, there are some quirks in how everything works. My first tip is to make sure that everything is securely plugged in. With both the Sound Pad and plugging in a headset, there were a couple of instances where I needed to plug in the connectors a little bit more. Once everything was secure, it seemed to work correctly.

Another consideration is that I couldn’t get everything to work correctly with my Arctis 9X wireless headset. Game audio would play through the Arctis, and I could play sounds from the Sound Pad, but I couldn’t get any microphone input from the Arctis to my Xbox. 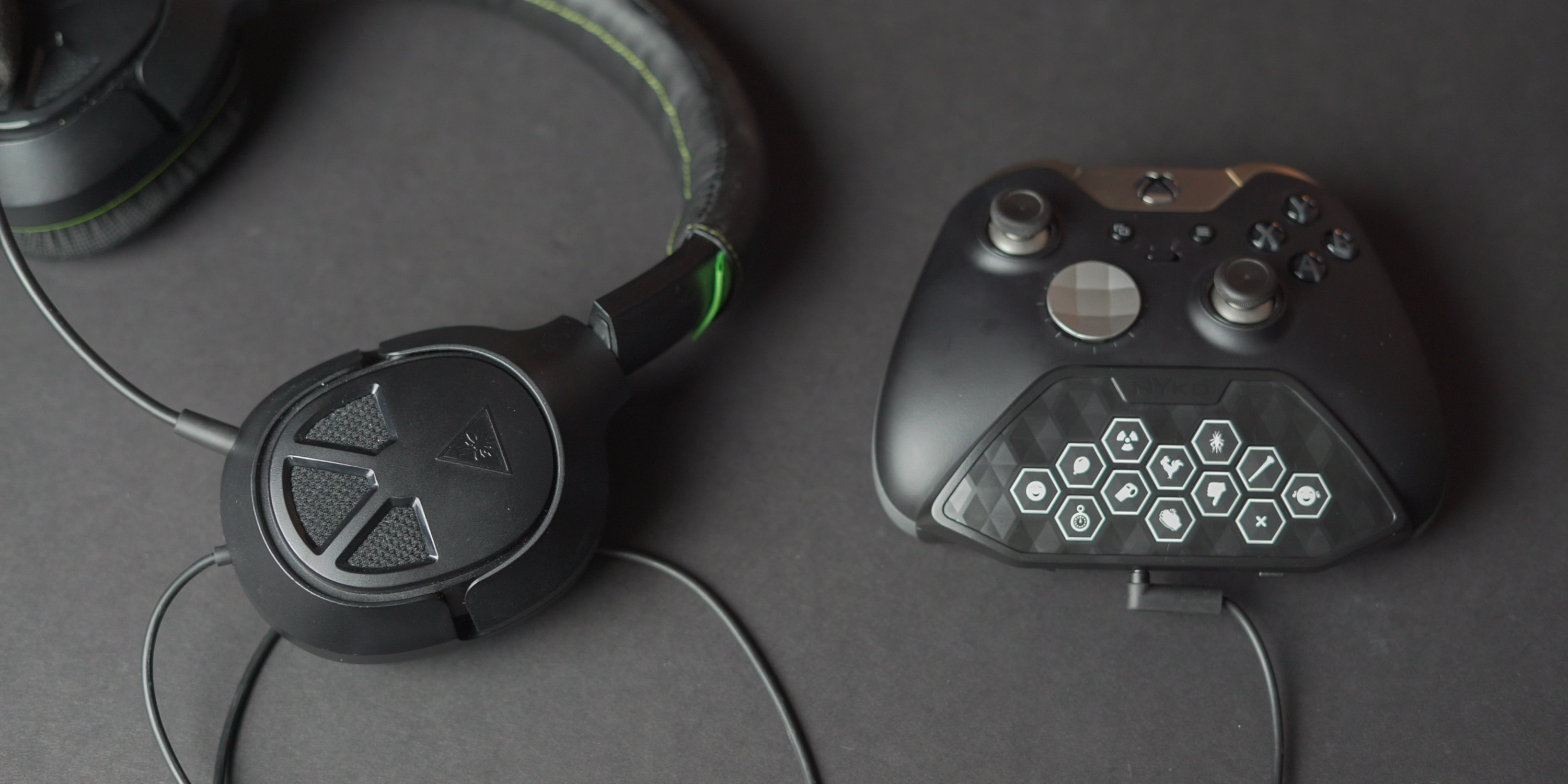 I would imagine with the Sound Pad; the controller is taking mic audio from the connection in the controller and not an additional mic from the wireless headset. But with a wired Turtle Beach headset, everything worked as it should. My voice was picked up on the microphone and passed through the Nyko Sound Pad, and all of the sound effects played adequately as well. 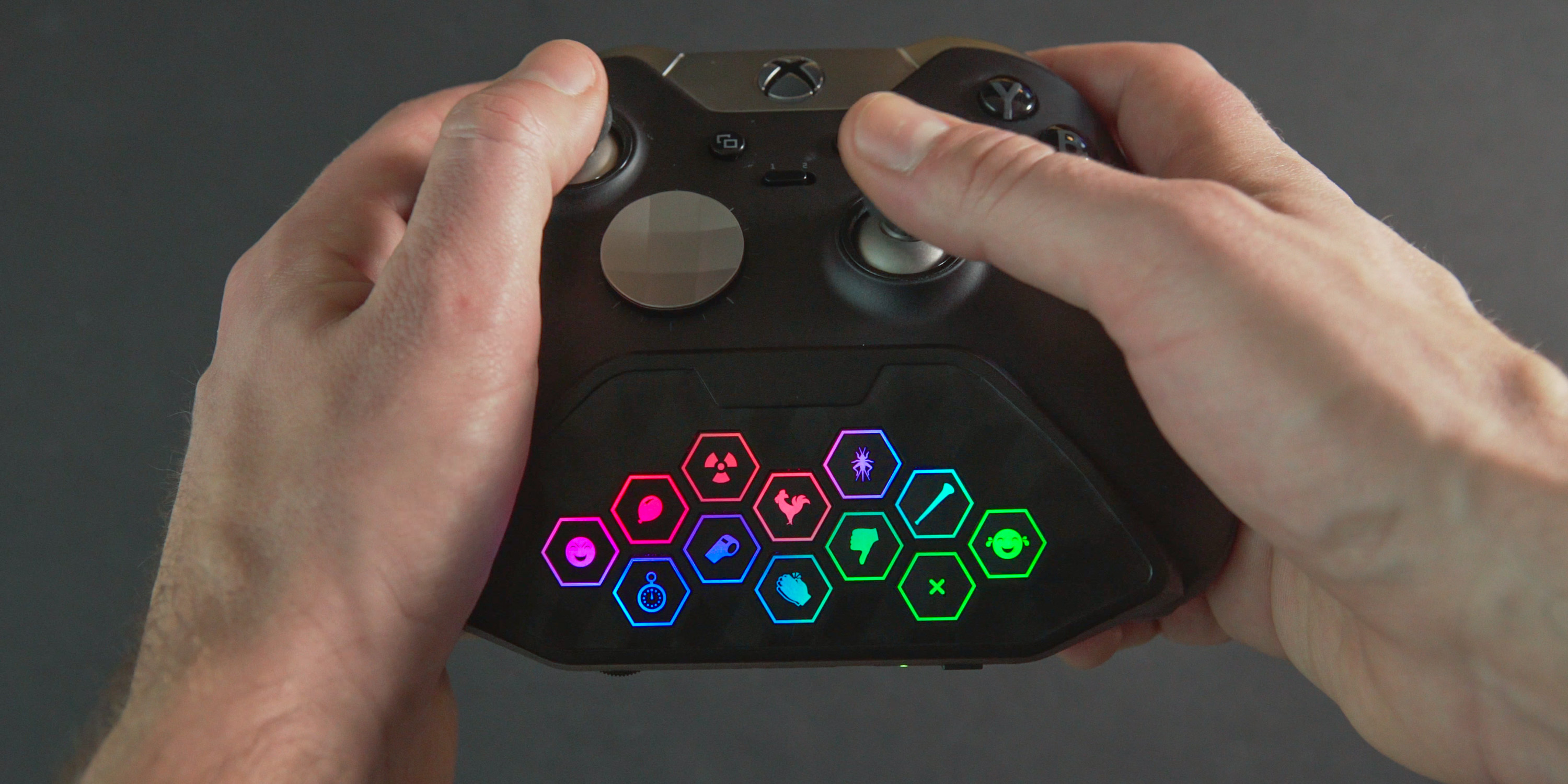 But once everything is set up and working, the Sound Pad does seem to work pretty well. Build quality feels stable for the price, and it feels secure like it won’t fall out. The buttons give some good feedback when being pressed, and with a wired headset, it was straightforward to send sound effects to my party chat.

For some more Xbox One reviews, check out what we thought of the Elite Controller Series 2.