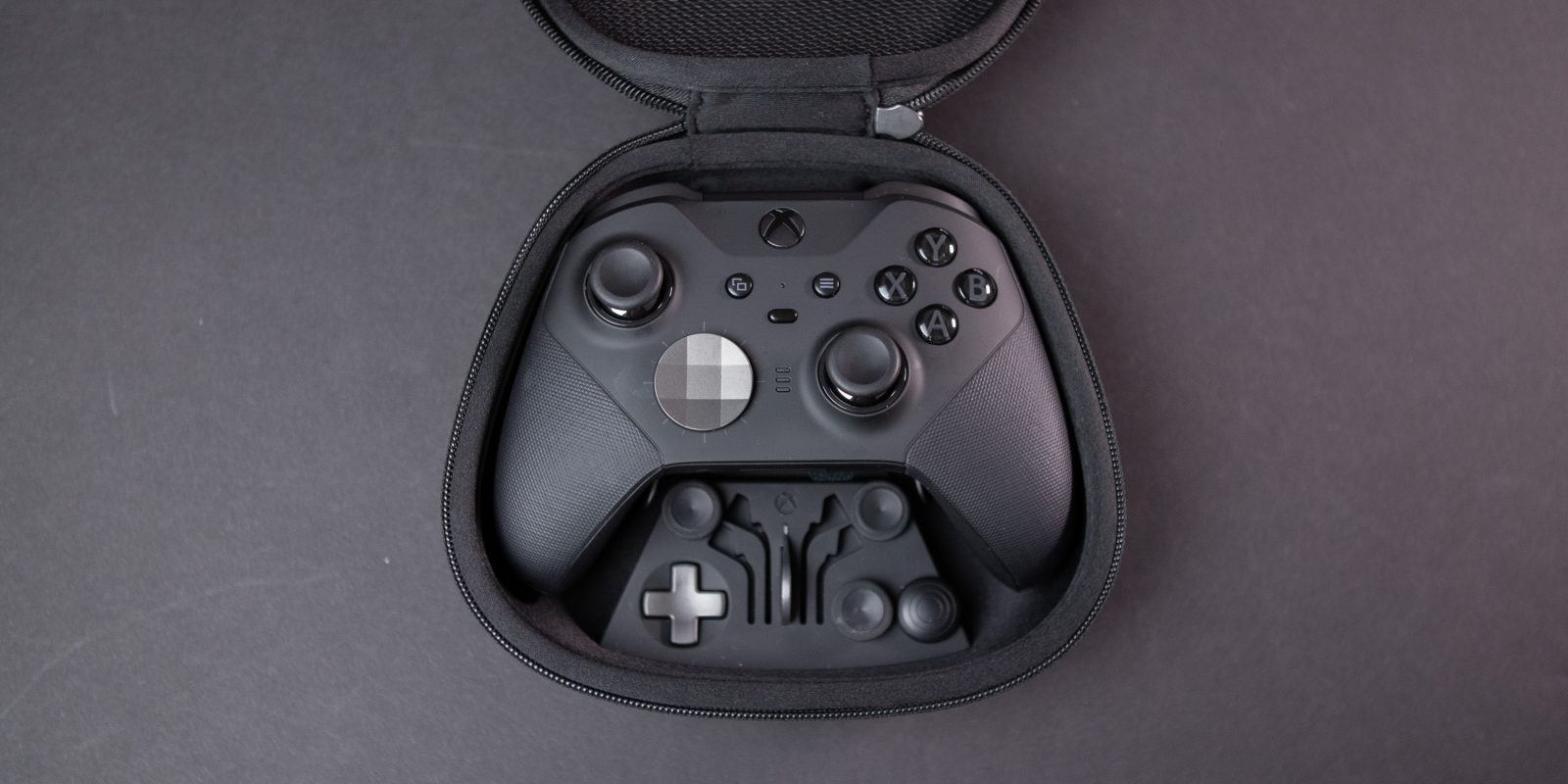 Now in its second generation, the Elite controller for Xbox has been refined and touts even more customizability. The $180 Xbox Elite Controller Series 2 features more options for thumbstick performance, hair-triggers, and has additional quick-swappable button mapping profiles. It’s also packed with some nice updates to make the controller more current. Check out the video below to see more.

I definitely remember wanting the original Elite so I could shadestep easier in Destiny 1. It took a while to get used to the paddles, but once I did there was no turning back. The Elite Series 2 Xbox controller has been out since November 2019, but I was excited to get my hands on it and share some thoughts on how it compares to the first generation.

For the most part, design on the Elite Series 2 is similar to the first generation, but there have been some upgrades. One of the main differences is the wrap-around grips. This brings the textured finish around to the top of the controller handles for easier holding, and instead of the grey color on the original, they are black to match the rest of the gamepad.

That darker theme carries over to the rest of the controller as well. The entire top of the Series 2 is black with some dark grey gunmetal accents on the bumper and trigger areas. 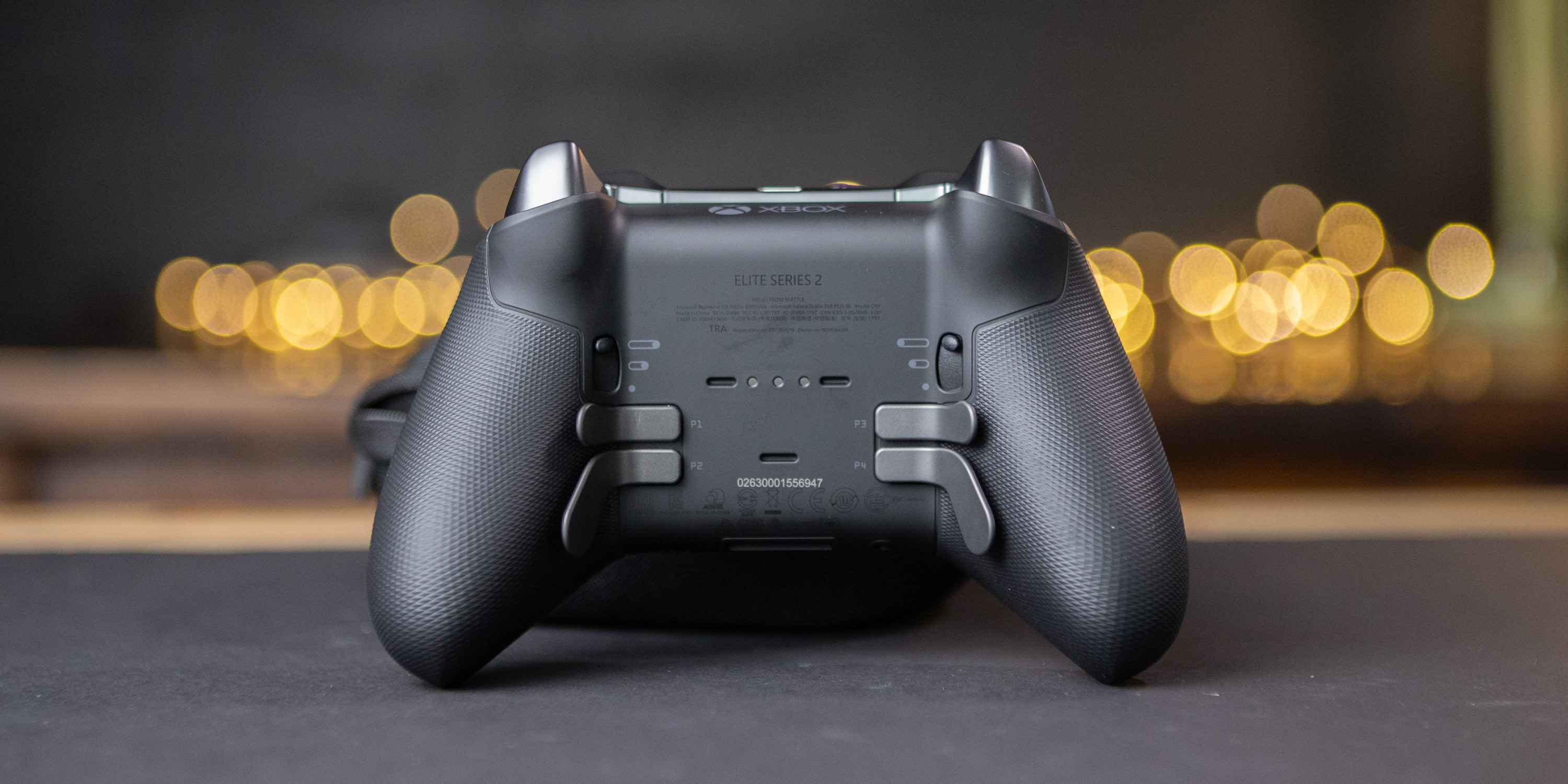 One big update is the use of an internal 40-hour battery. Instead of the standard AA power design from older Xbox controllers, including the 1st gen Elite, the battery on the Series 2 is charged via a USB-C cable. The included cable has USB type-A on the other end, but you could use any USB-C cord.

To make that internal battery even more appealing, the case can also double as a charging dock. And if the case is too big (which let’s be honest, it is), you can remove the charging dock from the case and place it anywhere you like. Additionally, you can charge the Elite Series 2 via the aforementioned USB-C port.

Another design update that I appreciate as a Southpaw inverted FPS player (thanks, Goldeneye Solaire controls) is the quick selection of a default control scheme and three different programmable profiles, signified by the three small lights on the top of the controller. The older gen had a switch between two profiles, but having a third option, as well as the default, is even better.

Button mapping within the Xbox Accessories app opens up a world of customization. In this menu, you can quickly change any key to any other. This is very handy if you like a control style that isn’t supported in another game.

While button mapping, you can also set controls to operate as a “shift” key – opening up even more hotkeys for functions like “record that” or save a “screenshot.” That is much, much more convenient than yelling at your Xbox or double-tapping the home button and then pressing X or A to do the same functions. 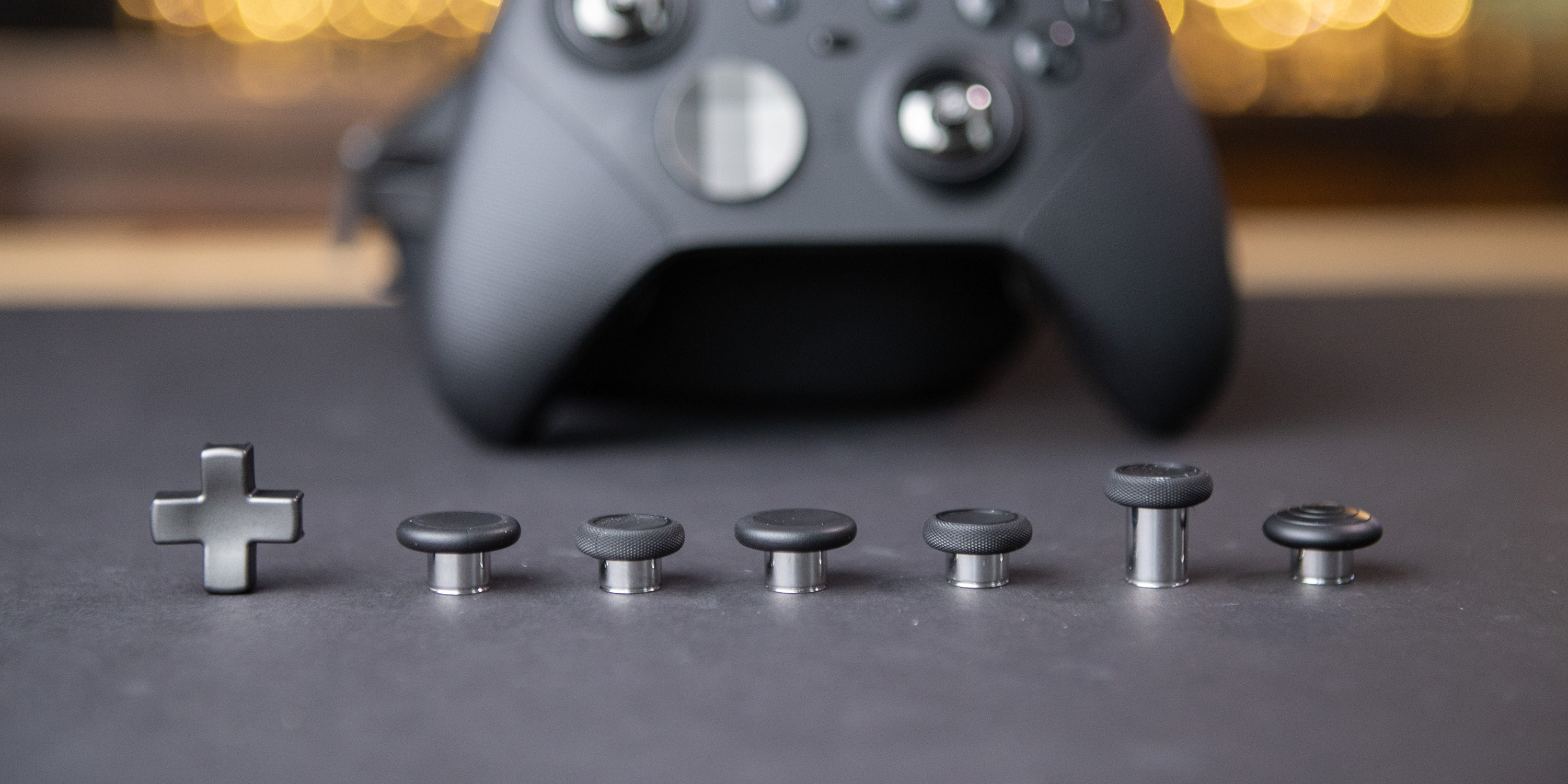 Just like the first generation, the Elite Series 2 has a ton of features to customize gameplay to your style. The paddles are obviously one of the main appeals. You can map different controls to be able to utilize more of your digits when playing. They are a little smaller than the original Elite controller and take a little more force to actuate. Or maybe the paddles on my old Elite are just worn in…

Swappable thumbsticks are another staple of the Elite line. Series 2 has six different thumbsticks to utilize on the controller. There are two standard thumbsticks, two classics, one tall, and one wide dome. This is a little different than the previous generation which had two standards, two domed and two tall. Swapping them in and out is incredibly easy with their magnetic connection, just like with the d-pad which has two different styles. 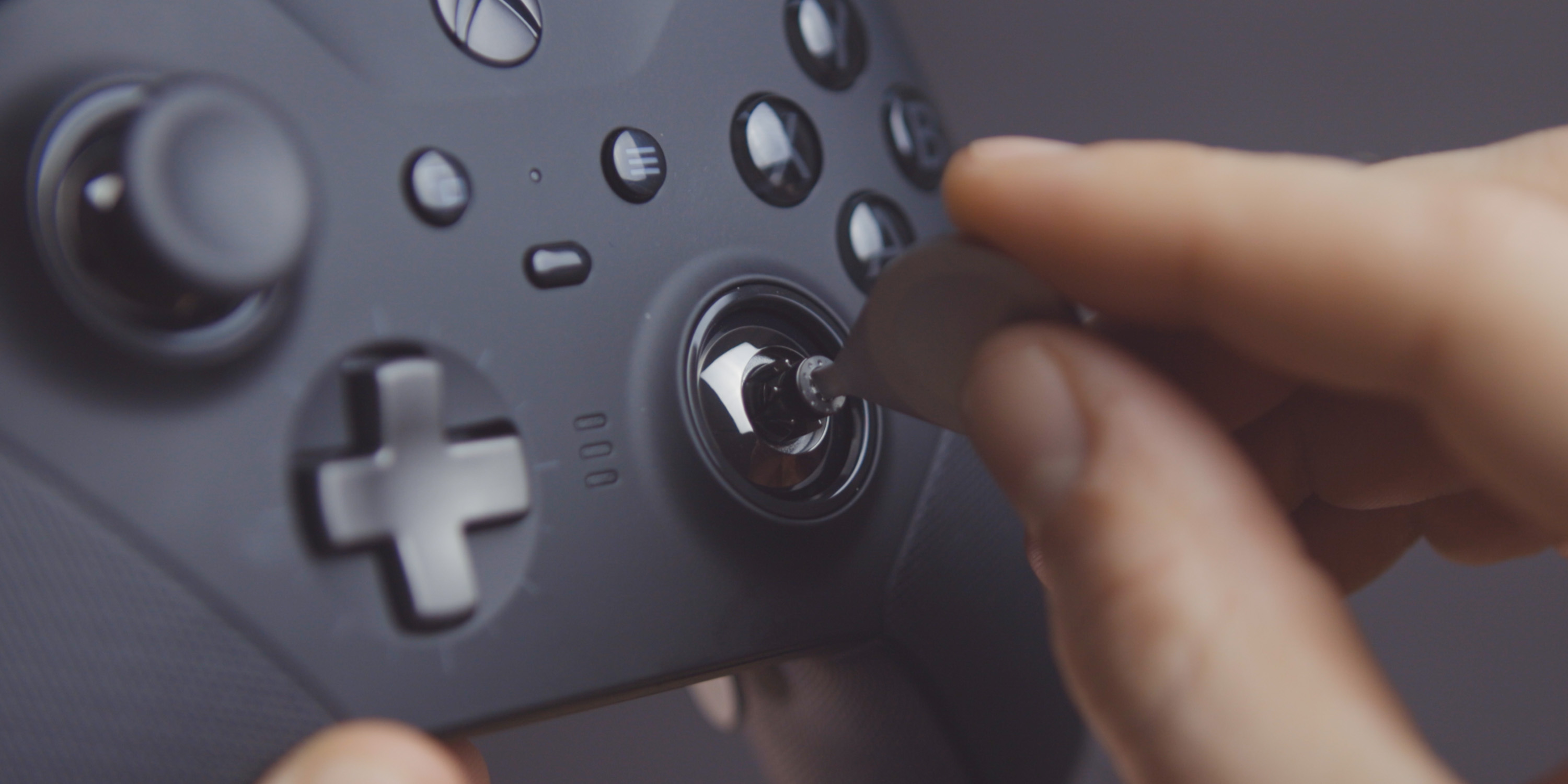 The icing on the cake

One of my favorite new features, and a huge improvement, is the ability to adjust the resistance in the thumbsticks. Using some of the taller sticks can make them feel a little more loose. In the first generation, you couldn’t do anything about this change in feel. With Series 2, though, you can use an included tool to adjust the resistance of the thumbsticks in three different settings. Personally, this is something I was looking for in the first generation so I was very excited to try it on Series 2. With some extended thumbsticks, I like having the tension set to the middle setting. This is a nice middle ground between smooth controls for aiming and twitchy movements for quicker response times. 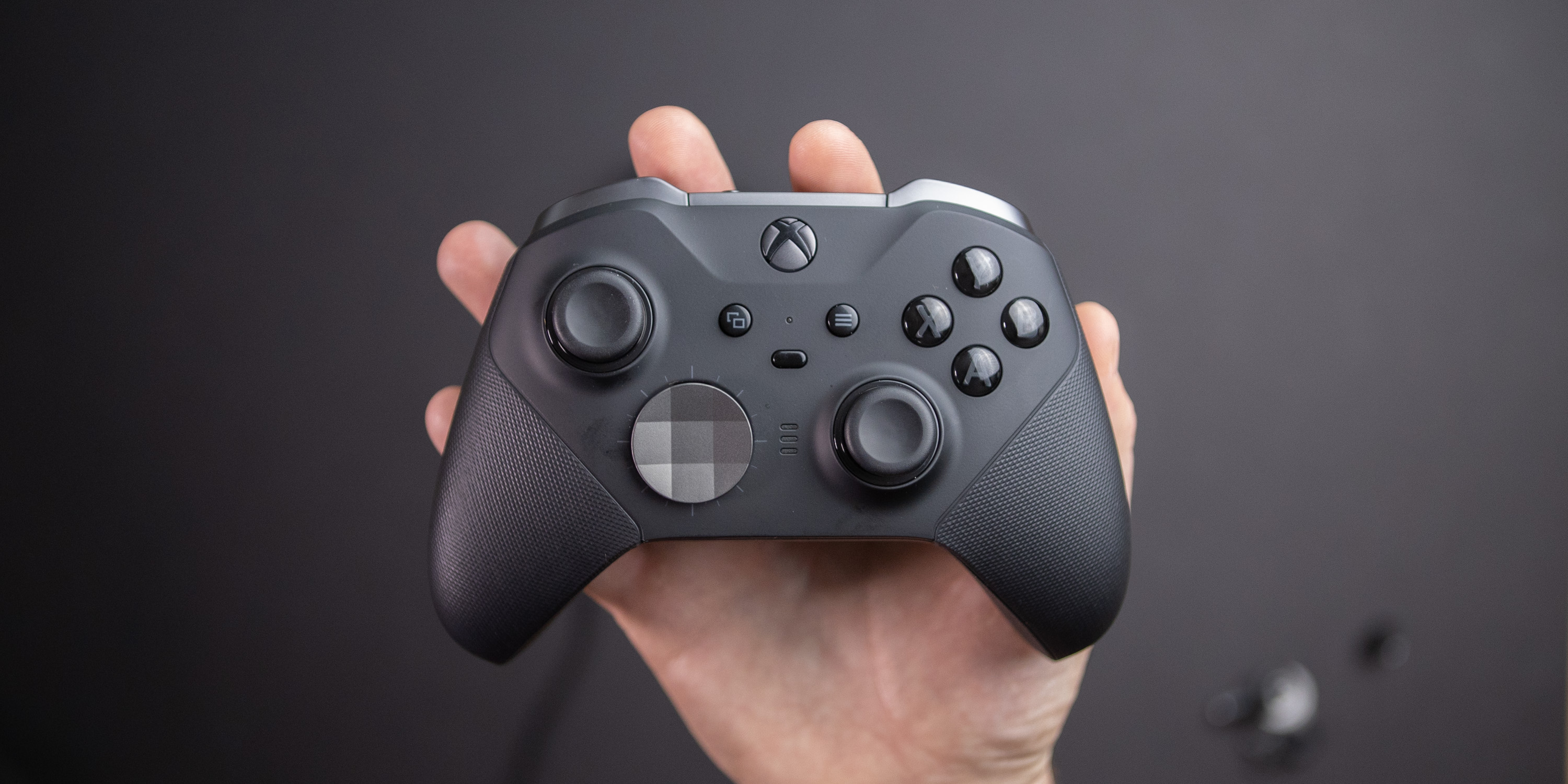 If you haven’t used an Elite controller – it’s a great way to customize your gaming experience on a console. It’s a hefty investment at $180, but luckily Microsoft has confirmed that all Xbox One controllers will be functional on the new Xbox Series X, slated to launch during the 2020 holidays, including the Elite Series 2. It’s a great way to up your game – I have a hard time using a standard controller after using an Elite for so long. The additional upgrades in the Elite Series 2 make a great thing even better.