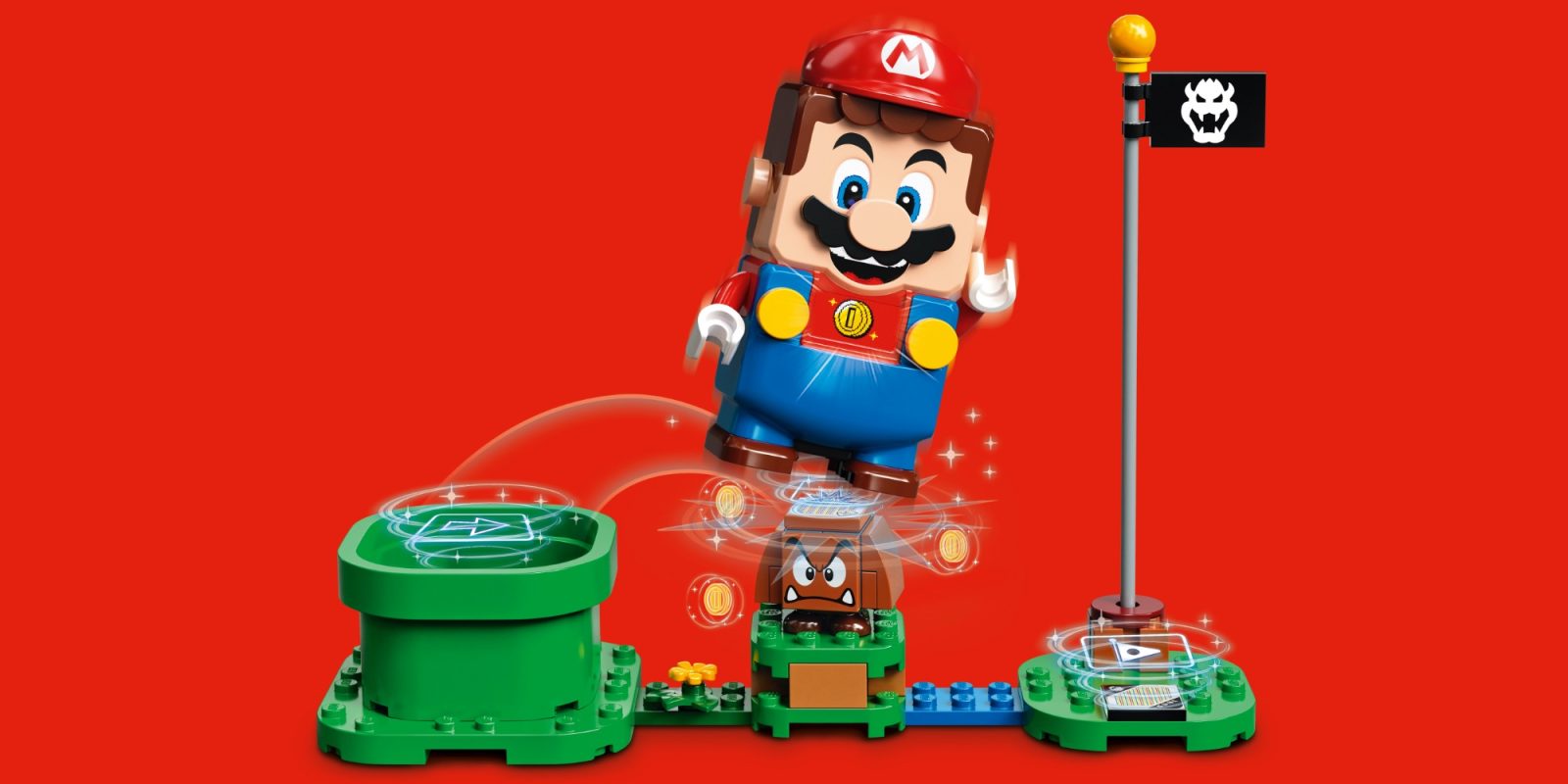 Earlier in the week, both LEGO and Nintendo fans were surprised to hear that the two companies would be collaborating on their first-ever release together. After getting a sneak peek at what to expect, today, LEGO is officially unveiling its Super Mario kit. Complete with plenty of brick-built action from the popular franchise like Question Mark blocks, Goombas, and more, the set stars a new type of minifigure packing an LED screens and speaker—Head below for all of the details on the new LEGO Mario set.

Back when we first reported on the upcoming Nintendo and LEGO collaboration, it seemed like the two would join forces to create a sort of board game with video game elements. Now that most of the details surrounding the Super Mario kit have now been unveiled, that’s precisely what this new set appears to be.

While it’s still unknown exactly how many pieces the build will include or how much it’ll cost, LEGO did manage to share quite a bit of new information. And more importantly, we’re finally getting a better look than what was provided the first time around. The LEGO Mario set assembles a seemingly modular layout of interactive builds emulating environments from the game. 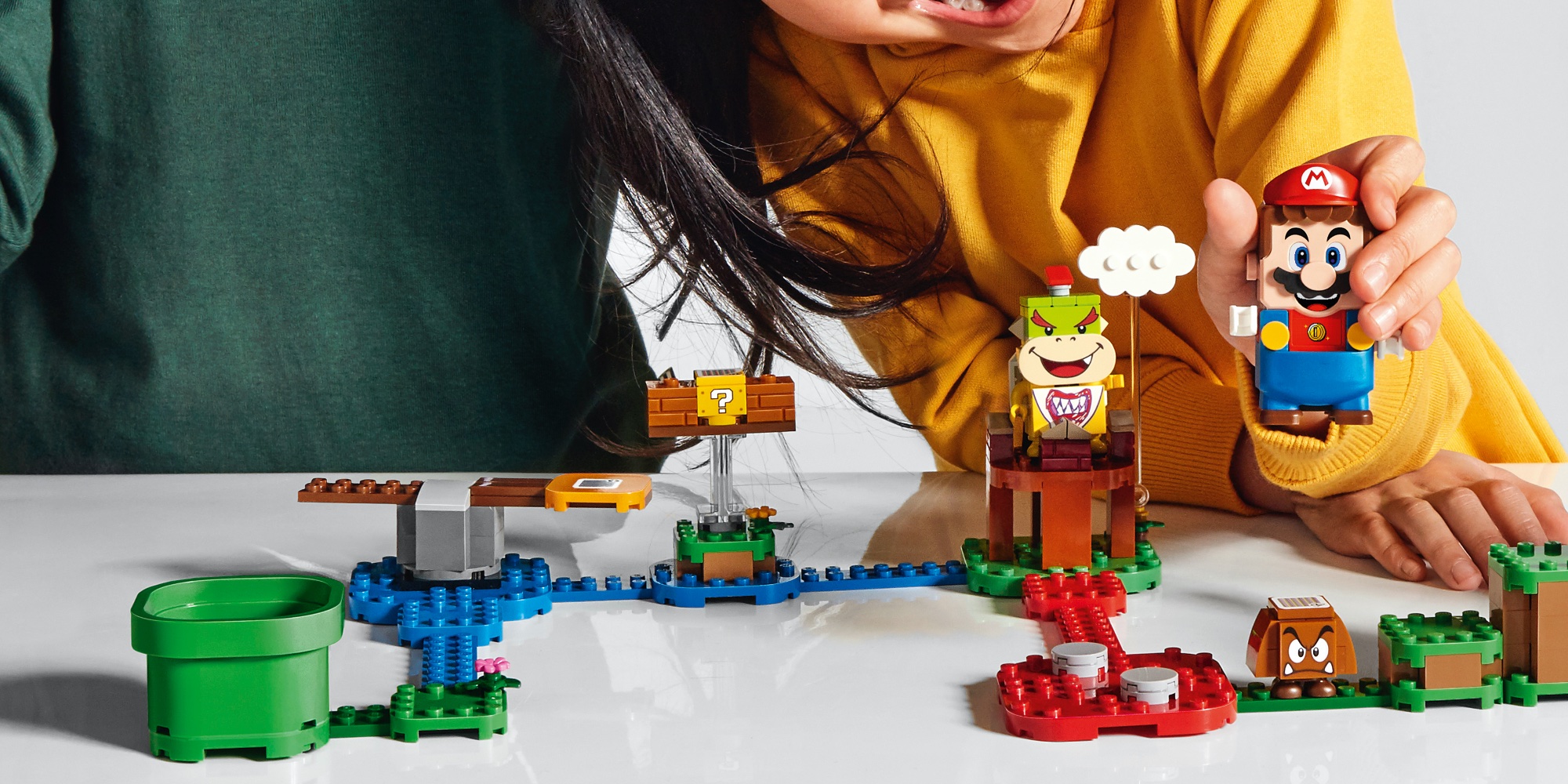 In what seems like Mario Maker but with real-world bricks, fans will be able to build a variety of levels for Mario to traverse. There are all of the iconic in-game elements like a Question Mark block, green pipe, and a Goomba, as well as Bowser Jr., who serves as the final boss. So it’s safe to say the LEGO Mario set delivers some authentic vibes for fans.

LEGO gets high-tech with new minifigure

Though the most interesting element of this kit is the included Mario minifigure. We knew going into today’s unveil that there was something unique about the figure, and now it’s confirmed that LEGO is moving into uncharted territory. The new figure is still undeniably LEGO, but incorporates a speaker and LED displays to interact with its surrounding bricks. When placed on various bricks, Mario will light up and emit various sound effects. 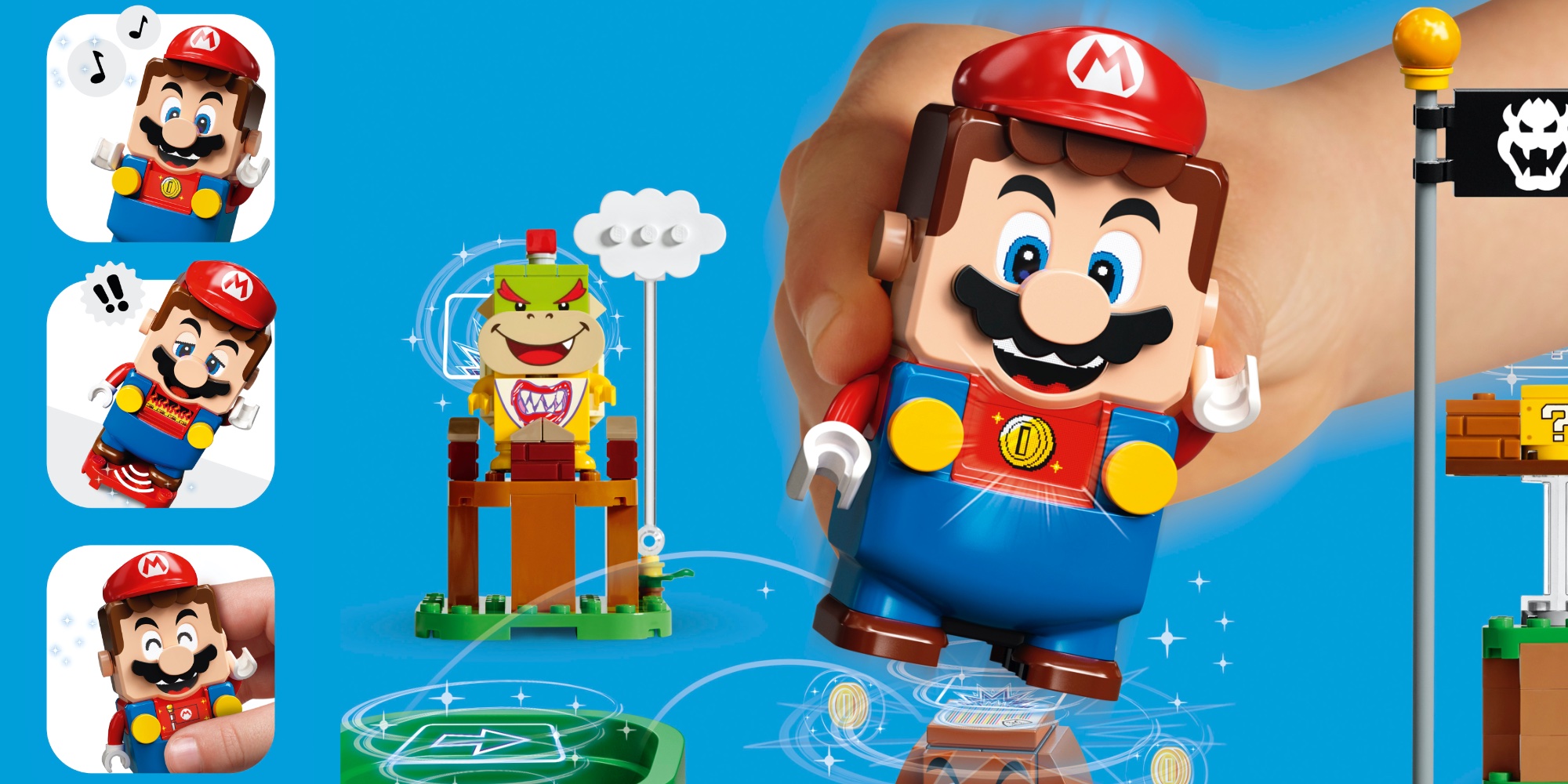 While LEGO has used NFC-style bricks in the past for these kinds of interactions, it seems more likely that there’s a camera of sorts built into Mario for scanning the barcode-resembling bricks. This builds upon what LEGO set out to do with its Hidden Side theme, offering a similar video game-inspired experience, all while removing phones from the picture entirely, or so it seems.

LEGO notes that we’ll see Mario in all his brick-built glory released sometime later this year. There’s no exact date mentioned, but it’s safe to assume it won’t be in the couple months. With the next wave of kits launching in April, we would have probably been told if this set was launching that soon. So expect to be able to assemble the LEGO Mario set sometime in the latter half of the year.