It’s officially Mario Day! While all of the usual suspects have been getting in on the action in celebration of the famed plumber, LEGO is surprising us by announcing its latest partnership. You read that right, the toy company and Nintendo are collaborating on their first creation together, starring none other than Mario himself. Head below for everything we know so far about the upcoming LEGO Mario set.

Over the past few years, LEGO has been branching out trying to partner with as many popular franchises and brands as possible. So it’s left us scratching our heads as to why there was never any kind of collaboration with Nintendo. While we’ve seen some fan-made creations that imagine what properties like Zelda would look like in the blocky medium, the two companies haven’t officially joined forces. But that all seemingly changes today.

Taking to Twitter to tease its latest theme, LEGO has officially given fans a sneak peek at its upcoming Super Mario set. Similarly to what we saw with the early stages of Blizzard’s Overwatch collaboration, today we’re just getting a look at the Nintendo theme’s logo as well as Mario himself in brick-built form. As exciting as it is to see the two brands’ marketing material in the same ad, it’s the latter portion of today’s announcement that’s really catching our eyes. 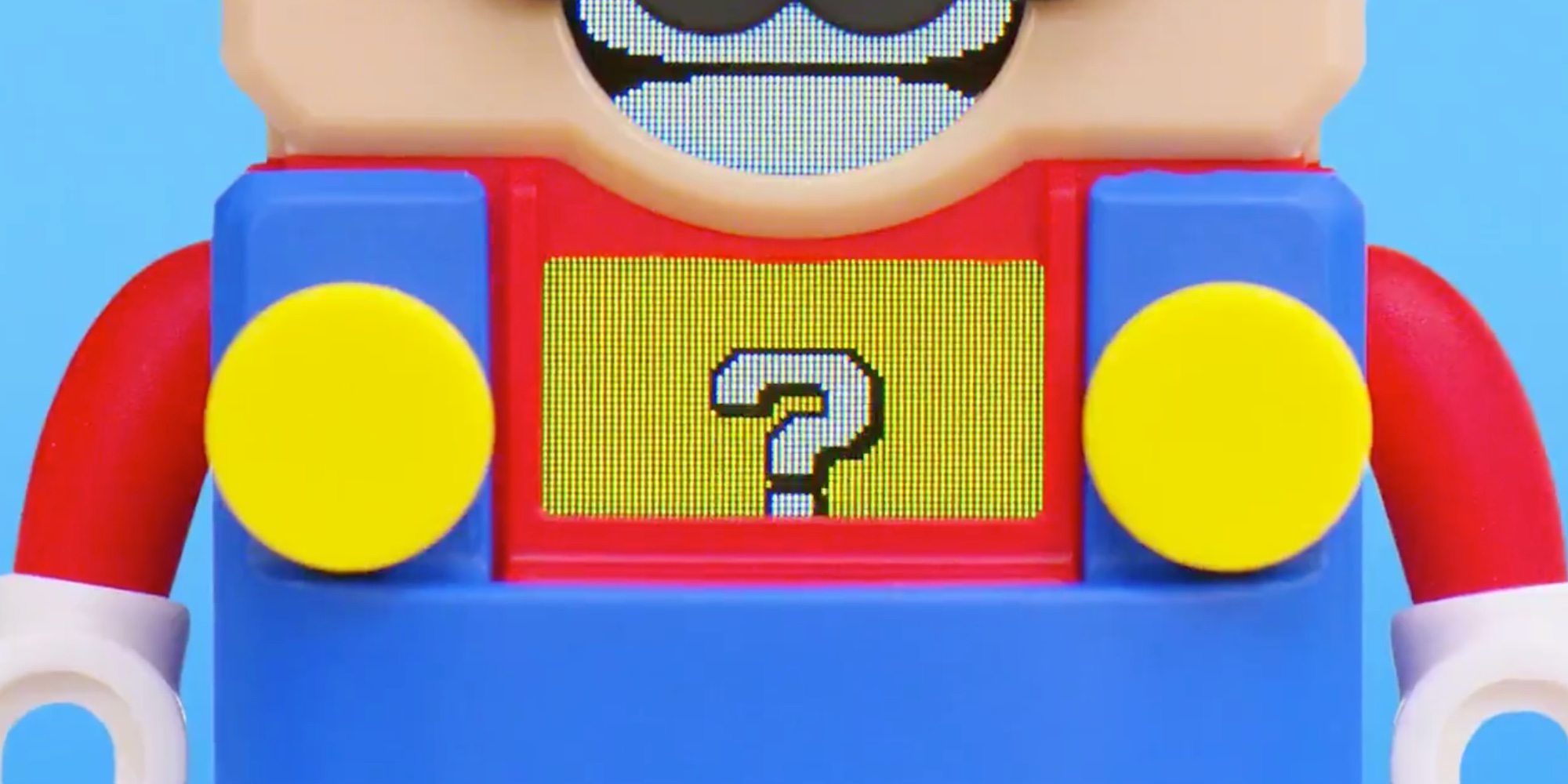 Appearing briefly in the teaser, there’s a minifigure version of Mario. Differing from the usual LEGO character design there’s what looks to be a screen on his chest as well as for his mouth. And rather than only being 2-studs across, Mario clocks in at 4-studs. There’s still the signature minifigure hands and two yellow stud tiles complete the character’s iconic overalls look.

At this point, how many kits Nintendo fans will be able to assemble and when we’ll see the newest theme hit store shelves is a bit of a mystery. Given that LEGO opted to tease its new kits on Mario Day, rather than fully unveil them could mean that all of the details are just around the corner. Our best bet would be to expect LEGO and Nintendo to show off the builds towards the end of the week. But for now, we’ll have to wait and see.

A LEGO and Nintendo partnership has finally arrived and we’re probably as shocked and excited as you are! Even though all we know right now is that there is some brick-built Mario action on the way, there are a lot of possibilities as to what’s on the horizon. The unique Mario minifigure makes it unlikely we’ll see a LEGO version of the 1-1 map from the original Super Mario Bros. Our guess is that there will be a Hidden Side-style kit that blends bricks with a video game element.

Today’s news also bodes extremely well for the fan-made Breath of the Wild Stables creation that is currently in review by LEGO Ideas. Now that we know LEGO and Nintendo are playing nicely, we may very end up seeing kits with more than just Mario hit the scene.

Review: This $60 two-axis gimbal is a great deal