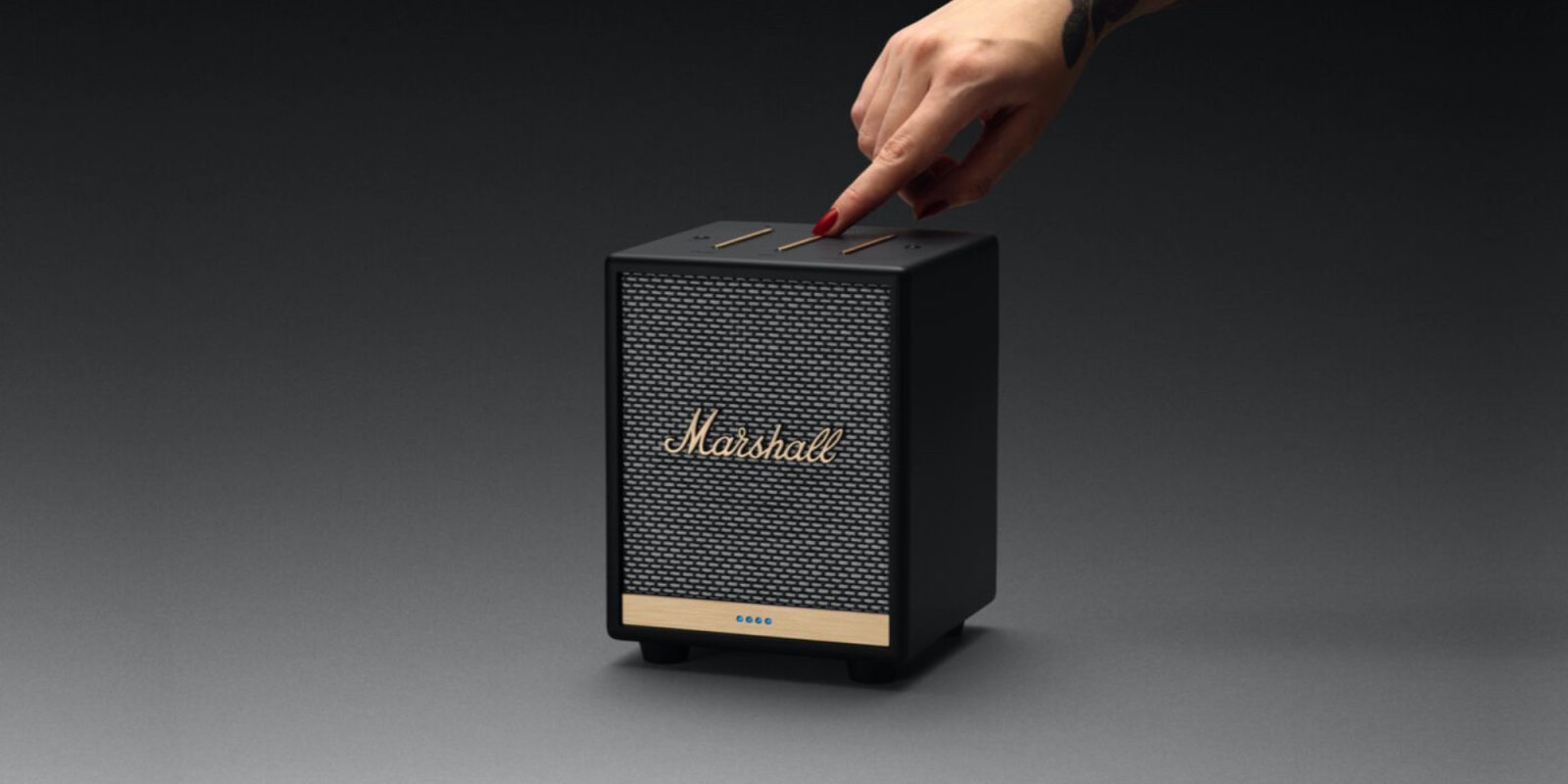 Today, Marshall is expanding its stable of vintage-styled speakers with one of its most compact and feature-packed offerings yet. Entering with both AirPlay 2 and Alexa integration, the new Marshall Uxbridge Voice Speaker delivers a smaller form-factor without sacrificing on the sound or functionality front. Everything comes encased in Marshall’s signature design reminiscent of guitar amps as well as other retro audio gear. Head below for a closer look at what the company’s latest speaker has to offer, as well as launching pricing and availability.

AirPlay 2 support is nothing new when it comes to Marshall’s speaker offerings, but it is certainly one of the highlights of its new Uxbridge Voice. Integration with Apple’s audio standard means you’ll be able to take advantage of whole-home audio and native iOS, macOS, and AppleTV support. It also comes with Alexa built-in, allowing you to leverage the voice assistant just like you would on an Echo.

Alongside all of the smart functionality and digital assistant support that allows Uxbridge Voice to live up to its name, there’s also a compact design taking center stage here. Marshall’s signature vintage-inspired look is of course still as present as ever But the form-factor is notably smaller than many of the preceding speakers, at least those armed with a similar feature set. 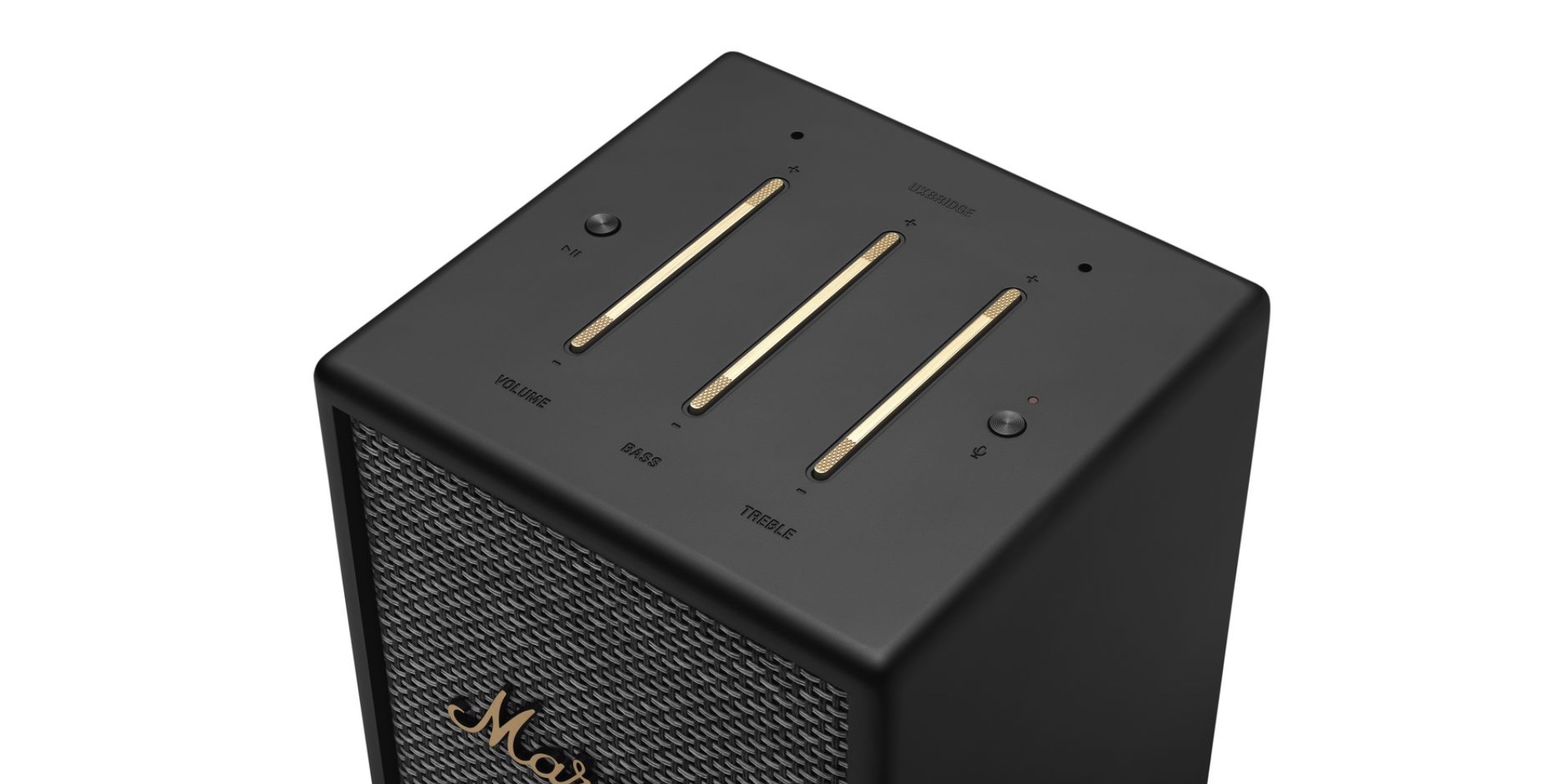 Despite its compact design, you’re said to still enjoy Marshall’s signature sound quality, as Uxbridge Voice is “engineered to create a thunderous sound from its compact frame.” Spec-wise, you can count on a 54-20,000 Hz frequency response range, as well as a 30W Class D amplifier for powering the built-audio array.

Another new addition to the design this time around is a series of refreshed physical controls on the top of the speaker. Marshall has included some new volume rockers with Uxbridge Voice, straying from the amp-like knobs that have adorned prior releases. On top are volume, bass, treble, and play buttons, there’s also an input to turn off the Alexa-enabled microphone.

Entering with a $199 price tag, the Marshall Uxbridge Voice will be officially available come April 8. The speaker is available in two different styles, a signature black as well as a model with a coat of white paint. Marshall is also noting that a model packing Google Assistant is in the works, and plans to launch a tad later than the AirPlay 2 and Alexa model on June 11.