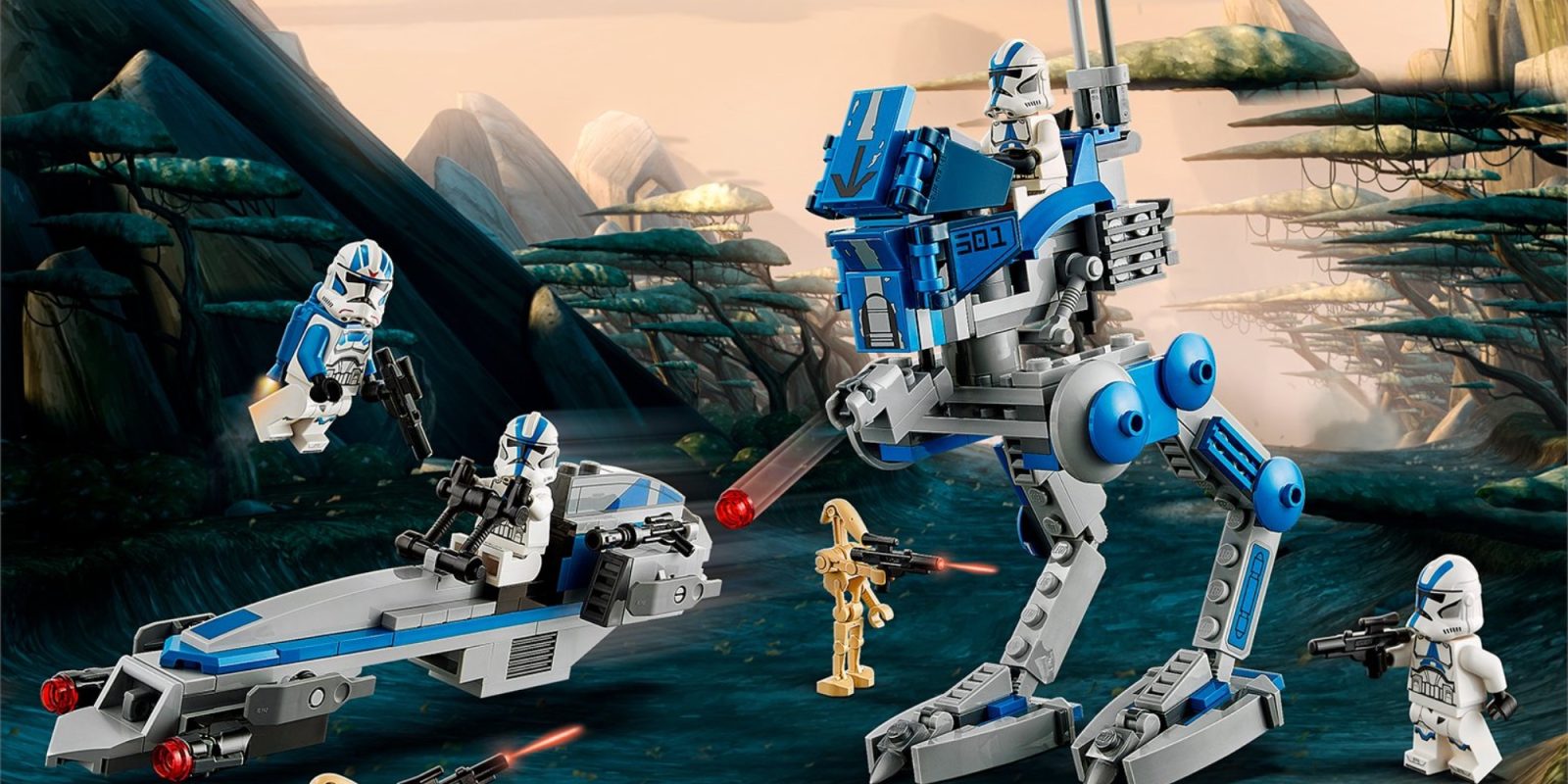 LEGO is giving Star Wars fans yet another new kit to look forward to today, with the announcement of the upcoming 501st Legion Clone Trooper battle pack. This 285-piece creation comes packed with exclusive minifigures alongside two brick-built vehicles from the Clone Wars era. Head below for a closer look at the latest Star Wars battle pack.

With May the 4th, aka Star Wars Day, quickly approaching, we’ll be seeing more and more new releases from a galaxy far away debut in celebration. LEGO seems to be getting a head start today, unveiling its latest creation. The upcoming LEGO 501st Legion Clone Troopers set is the latest in battle packs which look to give fans an arsenal of minifigures and vehicles to add to their brick-built Star Wars armies.

This time around, LEGO is delivering one of the larger kits of this variety with 285 includes bricks. Given that the 501st being the most notable Clone Troopers from the Star Wars universe, it’s only fitting that LEGO isn’t holding back. Minifigures are the stars of the show here, with four 501st Clone Troopers being included alongside two Battle Droids. There’s some pretty impressive printing for the figures, which come decked out in blue decals exclusive to this set. 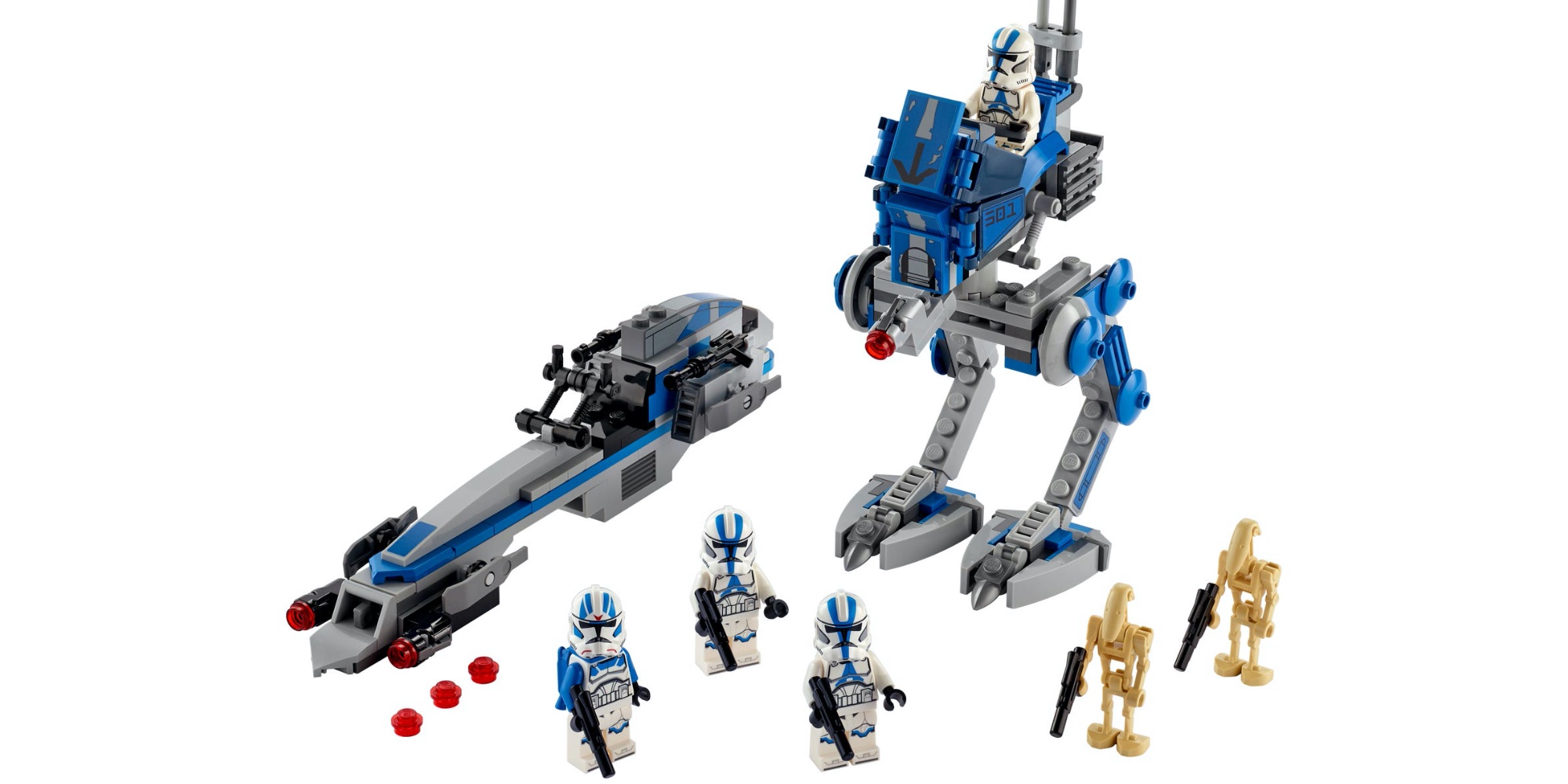 LEGO is also including two brick-built vehicles here, an RT-ST walker as well as a BARC speeder bike. Both builds are topped off with matching blue accenting, which fittingly matches the included minifigures. While we’ve seen these kinds of vehicles before, both of the included builds here are unique to this battle pack.

The upcoming LEGO 501st Legion Clone Troopers set is slated to be released on August 1 and will debut with a $29.99 price tag. Considering you’re getting six figures and two vehicles with 285 total pieces, this is a massive value. That doesn’t even account for the exclusive Clone Trooper figures, which are sure to make this a must-have for collectors.

Of all the kits I’d expect from LEGO these days, a Clone Wars era battle pack was far from the top of the list. Even with that aside, there’s so much about this build that stands out for LEGO and Star Wars fans alike. Growing up I had plenty of these Clone Trooper set, and always dreamed that we’d get a 501st kit with the Revenge of the Sith-style figures. It was definitely worth the wait though, as this is one set that seems to be well worth its $30 price tag.