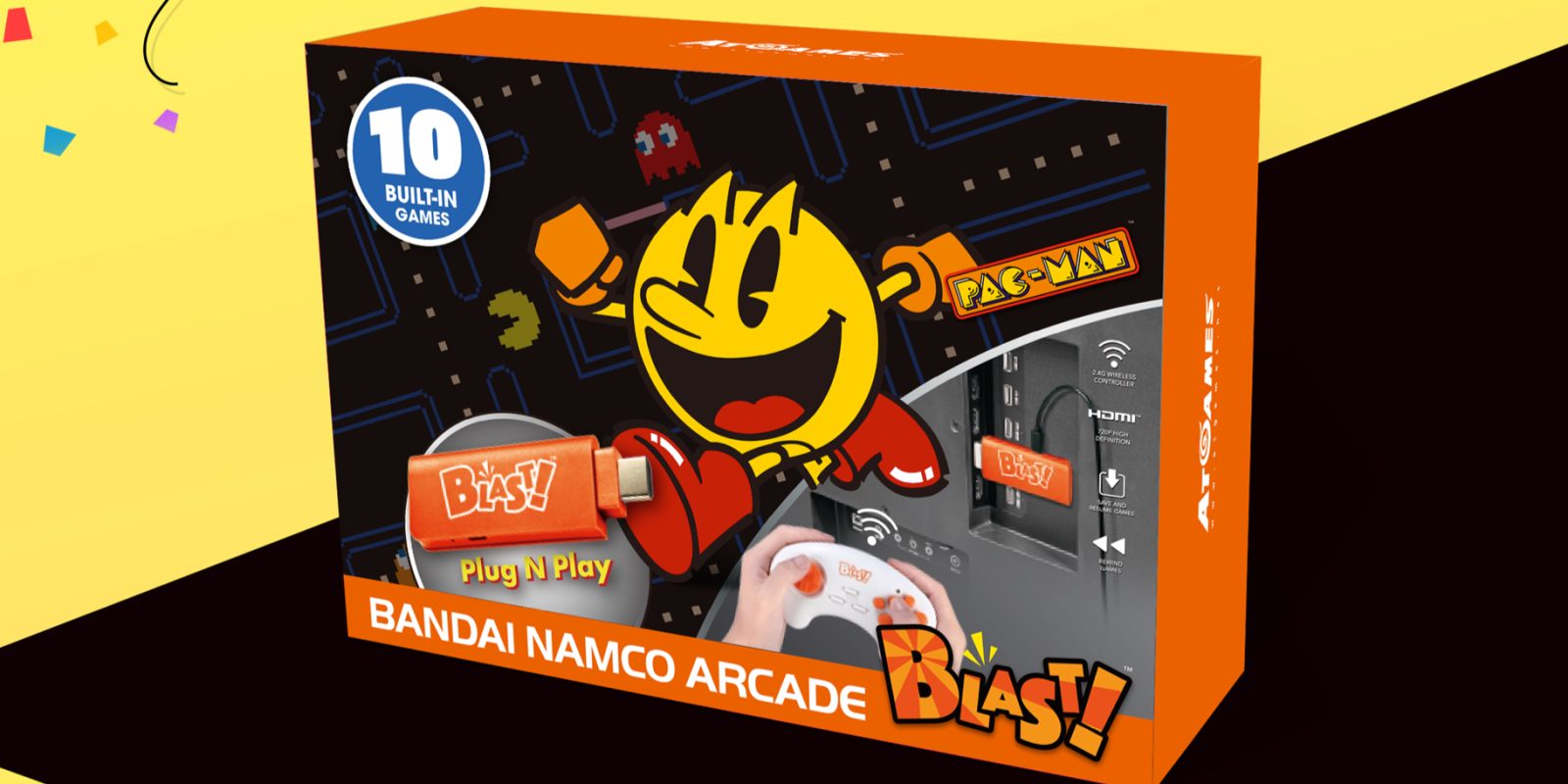 With its 40th anniversary looming, Bandai Namco is teaming up with a series of brands to create some celebratory Pac-Man arcade machines. We already caught a glimpse of the new Tamagotchi, but there are also some other Pac-Man collectibles coming out in celebration of one of gaming’s first heroes. Hit the jump for a closer look.

Pac-Man was born on May 22, 1980, and quickly became a gaming and pop culture phenom after a series of arcade, home console, and even hit song releases. While the little round alien thing might not be at the top of the charts these days, according to Bandai, Pac-Man has a “brand recognition rate of 90% around the world.”

First up for the 40th anniversary, Pac-Man gear is a new Tabletop Pac-Man machine from Tiny Arcade. Described as the “world’s tiniest fully functional, licensed retro games,” Super Impulse’s Tiny Arcade lineup is expanding with a new Pac-Man tabletop. The cocktail-style machine measures out at 4- by 3- by 2-inches and is a fully-function miniature replica of the original tabletop machine. It has a full-color, high-res display, arcade-style audio, a joystick, and a pair of directional buttons.

The Tiny Arcade Tabletop Pac-Man is now available on Amazon for just under $22 Prime shipped.

Next up, Super Impulse is also creating a new handheld Pac-Man arcade machine. Known as the Micro Arcade Pac-Man, this credit card-sized handheld plays just like the “iconic full-size version” with hundreds of levels in tow and digitally modified audio to accommodate the tiny form factor. You’re looking at a 3.25- by 2- by 0.375-inch machine with a full-color display, a D-pad, two face buttons, and an included micro USB charger.

The Micro Arcade Pac-Man is available now at $20, but you’ll find it on Amazon for just over $15 Prime shipped.

And a Mini Console Too:

Lastly, we have the Bandai Namco Arcade Blast micro-console. Designed to allow gamers to relive their favorite classics, it features ten built-in titles including Pac-Man, Pac-Mania, Dig Dug, Galaga, Galaxian, Mappy, New Rally-X, and more. According to the currently sold out Amazon listing, it features a wireless HDMI dongle that plugs directly into your monitor/display and is powered via USB. The mini Pac-Man arcade machine will also include an “ergonomic” six-button wireless gamepad in the package.

The Bandai Namco Arcade Blast carries a $30 MSRP, but is currently sold out at Amazon, Walmart, and elsewhere.

Ok, so there’s nothing overly groundbreaking about the 40th-anniversary Pac-Man arcade gear, although that Tamagotchi is pretty wild. Just keep in mind, this miniature Pac-Man collectible gear looks as lovely in the game room as it is playable. While you might be better off scoring the Namco Museum release and just play all these games on your Switch (and subsequently on the big screen), most Pac-Man collections won’t be complete without at least one piece from the 40th-anniversary collection.