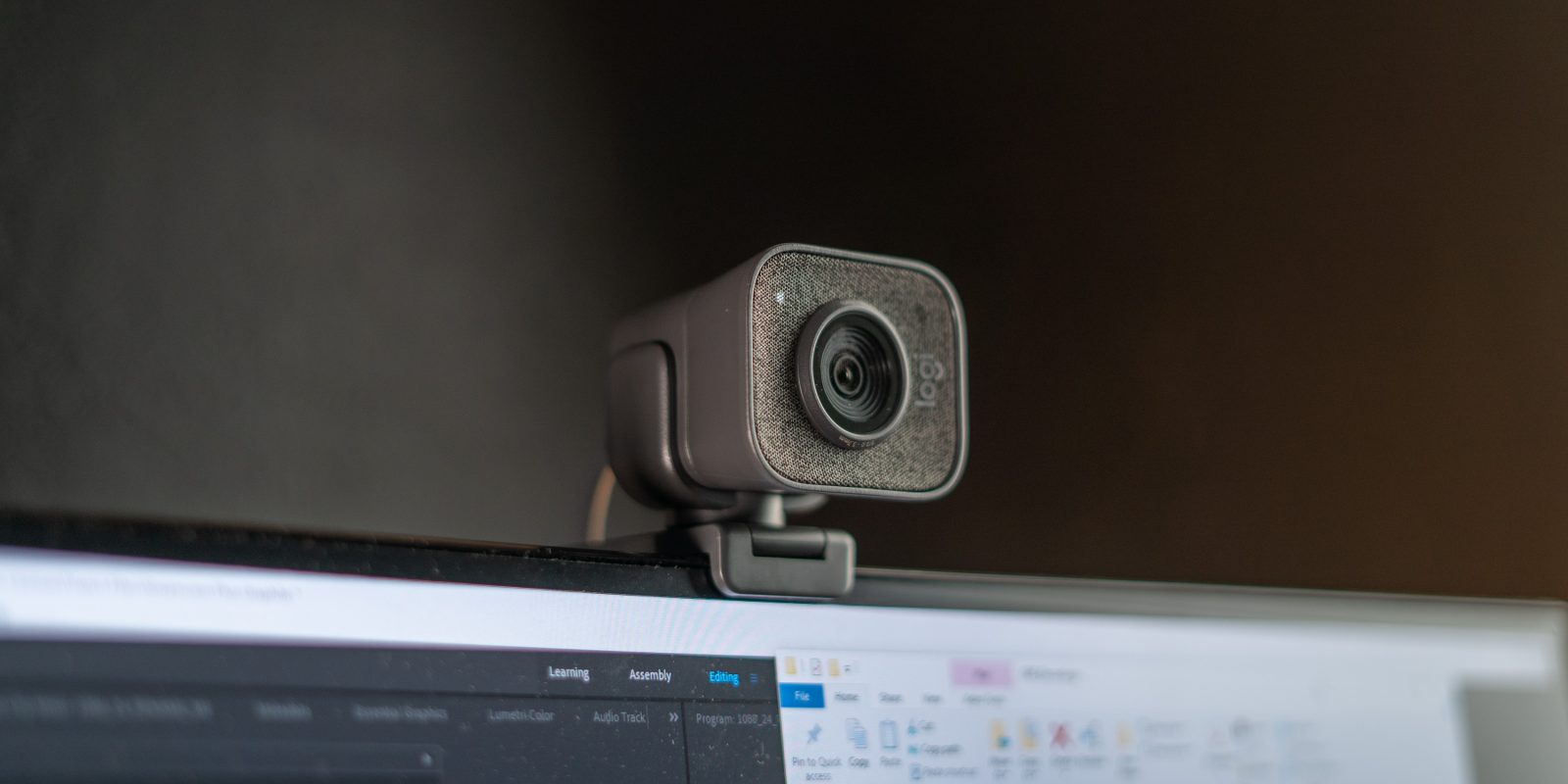 With all of the video conference calls and perhaps new adventures with content creation, Logitech’s recent Streamcam Plus Graphite looks like a great all-in-one option to upgrade your work from home (WFH) setup or start a stream. With resolution up to 1080p at 60fps, autofocus, auto exposure, and built-in microphones, it packs a ton of features for the $170 price tag. Check out the video below to see and hear it in action.

With subtle grey colors, the Logitech Streamcam has a pleasant modern look to it. The discrete Logi logo sits at the bottom when the camera is in portrait orientation. It can also be used in landscape and will automatically adjust the orientation for you – making it great for any type of content creation. A small white light will turn on when the camera is being used.

Designed for modern devices, the Streamcam Plus features a USB-C connector. But, if you’re like me with an older computer, it also works on USB 3.0 with an adapter. 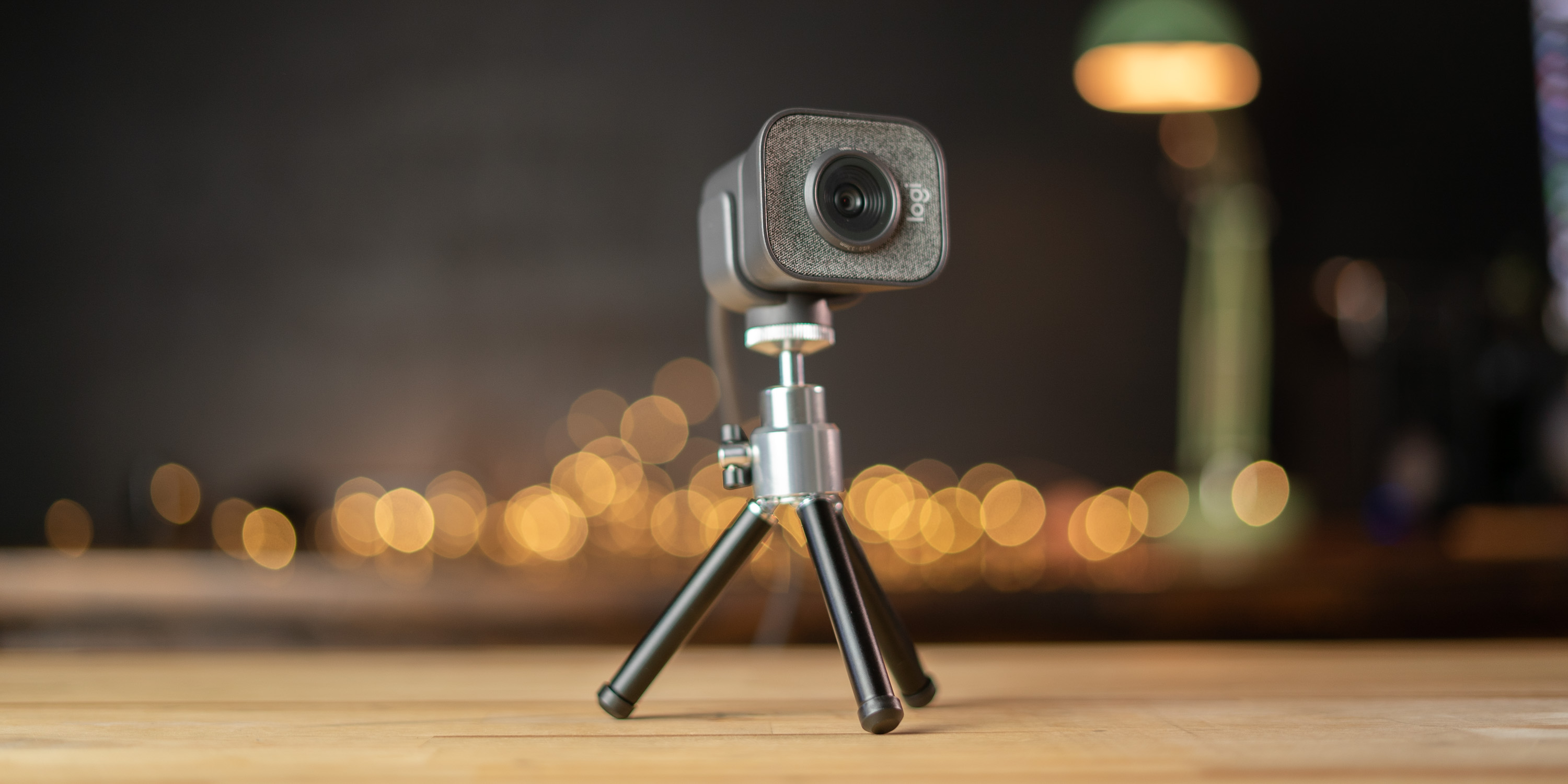 Out of the box, the Logitech Streamcam Plus has a couple of different ways to mount it. Both of the clips are easy to install and remove just by prying on the side a little bit. One clip has the adjustable mount, and the other has a ¼-20” thread for attaching the included tripod or mounting to any other compatible attachment. 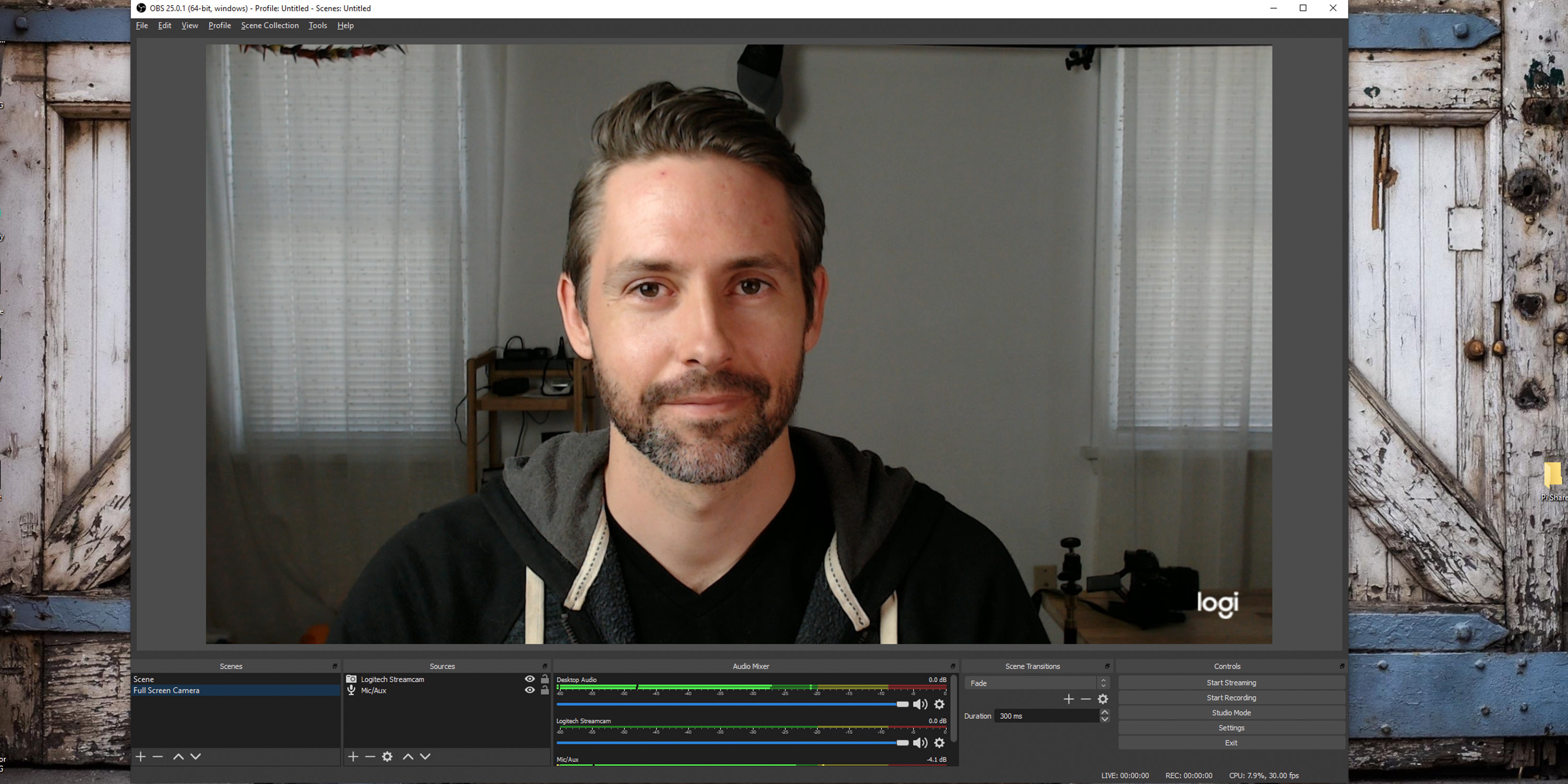 Since streaming is in its name, I tried it with the OBS software that is popular among streamers. It was very easy to add the Streamcam Plus as a video capture device. When using OBS on Windows 10, I was able to use the configure video prompt to tweak all of the settings of the camera. When I tried to do this on macOS, that option wasn’t available. 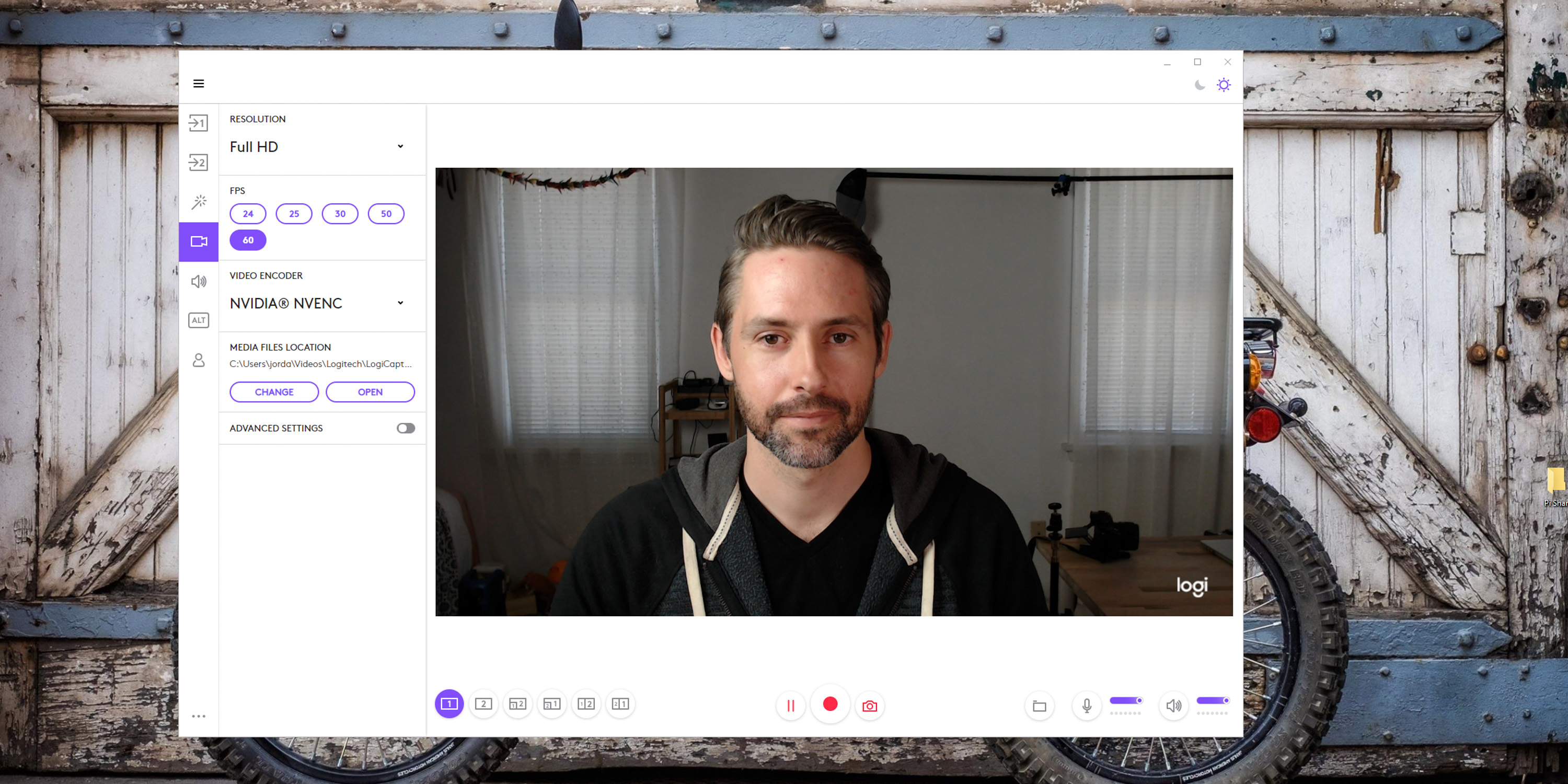 Logitech also has its own software package you can use called Logi Capture. In here, you can change resolution, FPS, as well as add and adjust a ton of other effects like chroma key, auto framing, and image stabilization. You can set two different inputs and arrange your video output based on that as well as set transitions, though more advanced transitions are locked without setting up an account.

On Windows 10, you can also make adjustments to the image in Logitech Capture and then use that output as your input in OBS. So if you want to turn on image stabilization, auto re-frame and other advanced features, you can do that through Capture and then choose Capture as the camera input into OBS. This seemed to be the best way to take full advantage of what the Streamcam has to offer.

Autofocus makes the Streamcam Plus very user-friendly and in my experience, it tracked my face well. It has some facial tracking features built-in, so that helps to keep it locked onto your face. It wasn’t instant, but it would notice a change and quickly refocus on a new frame. 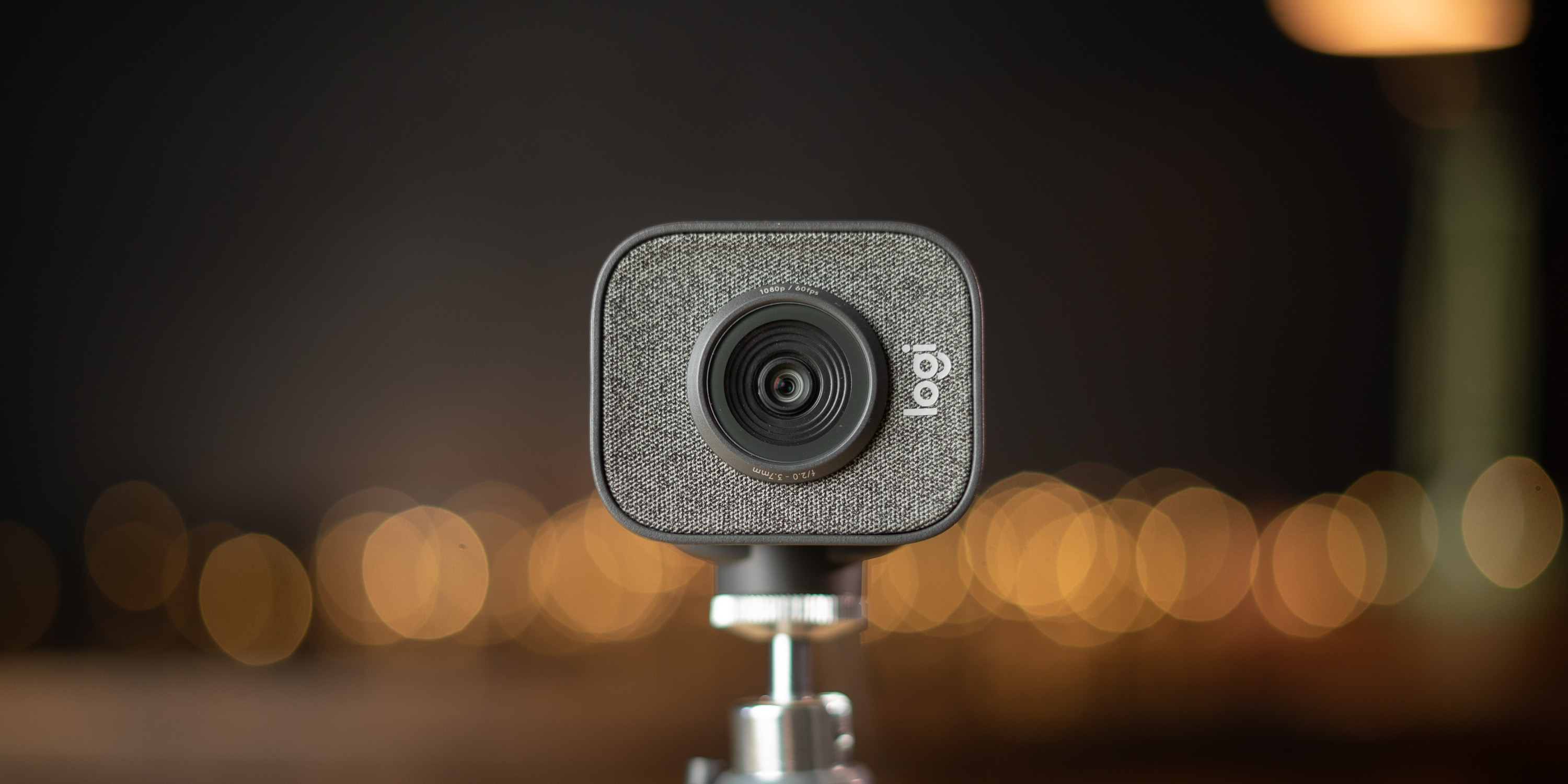 Another thing that makes this camera great is built-in dual microphones. If you don’t have a good mic already, this makes it easy to get started with better audio. This isn’t going to be the greatest because since it’s built into the camera, you won’t be able to get it close to your mouth. Typically, getting a microphone closer to the source will yield better audio. Of course, if you really want to take it to the next level, check out our review of the Blue Yeti X, a great companion to the Streamcam Plus. 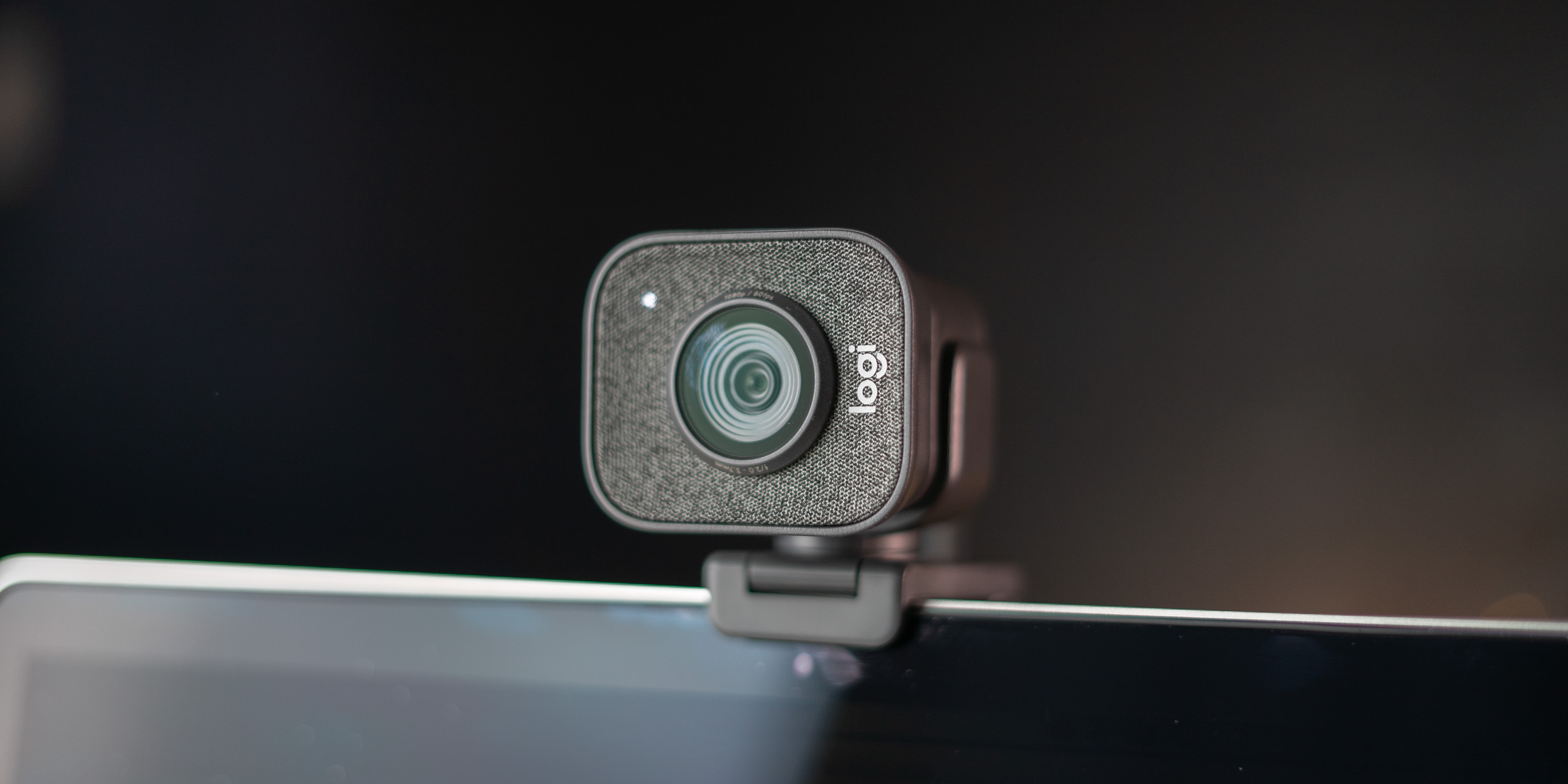 If you don’t have decent lighting, then the Logitech Streamcam Plus will still struggle. This was pretty evident in my setup where I have windows behind me with a black wall facing me. To try and properly expose my face, the rest of the scene was really blown out. Adding some lighting quickly helped out, though. Granted, any camera would struggle in the morning light in my studio, so I can’t hold that against the Streamcam Plus. If I were setting up a stream, I would need to look into repositioning my desk, blocking the windows, or only streaming at night. For some lighting tips, you can check out the budget setup that I also used to test the Streamcam Plus.

Overall, the Streamcam Plus is a great all-in-one solution for live streaming video. With good lighting, video quality is great. I do think you’ll be better served by adding a stand-alone microphone like the Blue Yeti X, Hyper X QuadCast or Razer Seiren Emote.