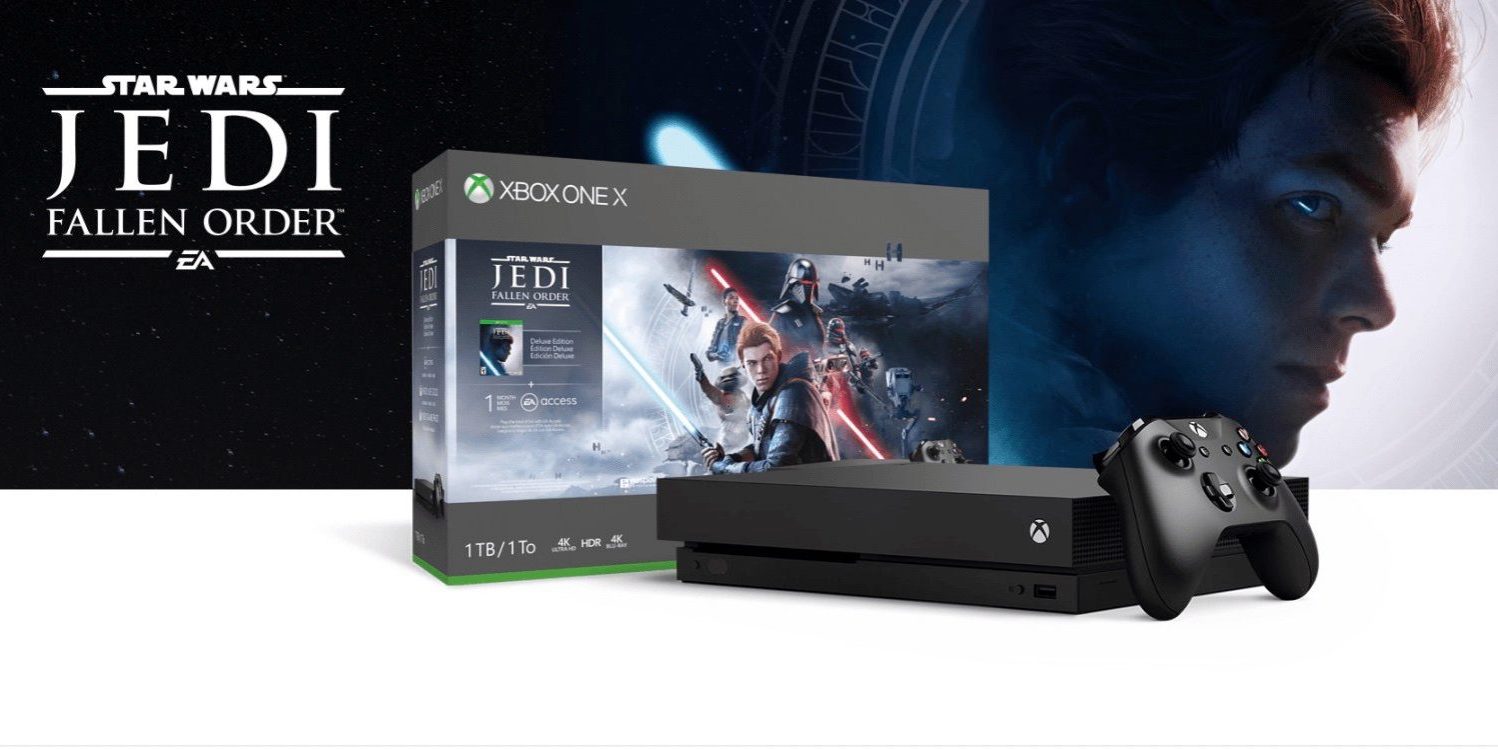 Target is now offering Xbox One X 1TB Star Wars Jedi Fallen Order Bundle for $299.99 shipped. Also matched at Best Buy, Microsoft, and GameStop, but RedCard holders can knock the total down to $284.99 shipped at Target. Originally $500, it regularly fetches $400 these days and is now a straight $100 off. Including a full game download of the Star Wars Jedi: Fallen Order Deluxe Edition, Microsoft’s high-end machine also ships with a month of Xbox Live Gold, Xbox Game Pass for console, and EA Access. Head below for more details.

Unless you plan on locking in a pre-order for Xbox Series X or paying full price during the launch window, the Xbox One X will remain the best console in Microsoft’s stable. Chances are sales on the upcoming flagship console will be slight at best for quite a while. Although the all-digital Xbox One S is a great way to hold you over for less until Series X starts seeing some notable price drops.

Here are all the latest specs on Series X and how to score yourself a day 1 pre-order. Yesterday, Microsoft unveiled the very first actual gameplay for its upcoming console, but it was more like a mini E3 with plenty of game reveals and some Assassin’s Creed Valhalla footage.

Own the Xbox One X Star Wars Jedi: Fallen Order Deluxe Edition bundle and experience the thrill and challenge of becoming a Jedi. Step into the role of a Jedi Padawan who narrowly escaped the purge of Order 66. Engage in innovative lightsaber and Force combat on a galaxy-spanning adventure as you stay one step ahead of the Empire and its deadly Inquisitors. Continue your training, explore the mysteries of the Force and become the Jedi you were meant to be.

$285
You’re reading 9to5Toys — experts digging up all the latest technology and lifestyle deals, day after day. Be sure to check out our homepage for all the latest news, and follow 9to5Toys on Twitter, Facebook, and LinkedIn to stay in the loop. Don’t know where to start? Check out the best Apple deals, our daily podcast, and subscribe to our YouTube channel