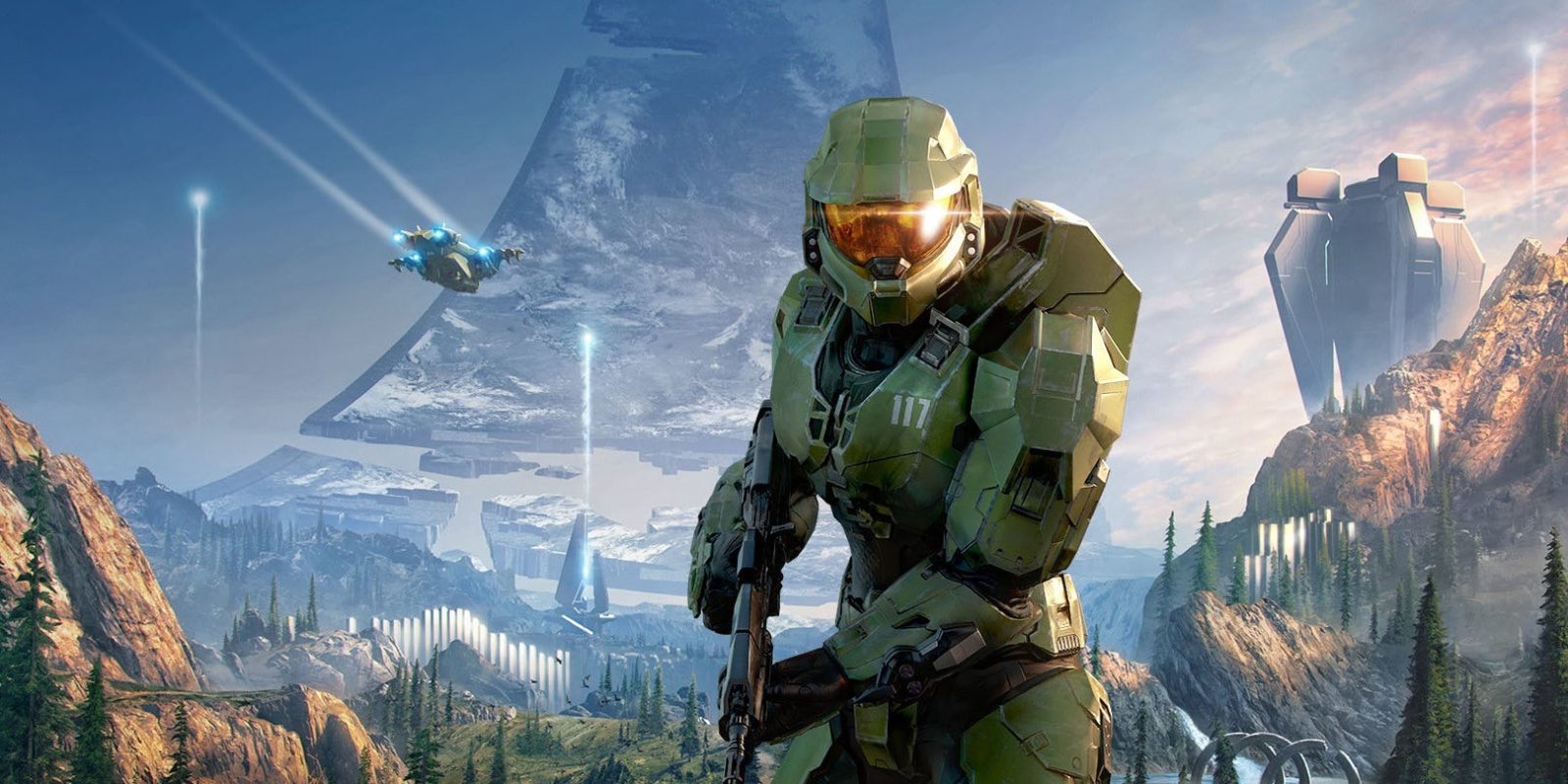 After getting our first taste of the single-player action on Xbox Series X, we now have surprising new details on Halo Infinite multiplayer. According to a retailer leak, the upcoming iteration of Microsoft’s sci-fi shooter saga could be taking a very different approach to its multiplayer suite this time around. Head below for more details on what could be a new free-to-play setup and developer 343 Industries’ response to recent criticism on the game’s visuals.

Last week, 343 Industries showcased a full 8 minutes of gameplay and more for the new Halo Infinite. Focused almost solely on the single-player campaign portion of the experience, we have very little official details on the Halo Infinite multiplayer suite at this point. However, a series of recent leaks are pointing at what could be a free-to-play situation with a Battle Pass system, new customization options for the series, and 120fps.

As reported by the The Verge, an Irish retailer known as Smyths Toys Superstores briefly posted a details for the game that have since been taken down:

The legendary Halo series returns with the most expansive Master Chief campaign yet and a groundbreaking free-to-play multiplayer experience…Enjoy up to 120 FPS and greatly reduced load times creating seamless gameplay with Xbox Series X.

Following reports going live, a known Halo leaker that goes by the name of Klobrille on Twitter confirmed as much. Klobrille has a past of accurately leaking Halo details well ahead of official confirmation, according to The Verge, and also seemingly confirmed the 120fps arena target as well as a series of Halo Infinite multiplayer customization options that are completely new to the series:

Since everyone is covering this topic, I might just go ahead as well.

While 343 Industries has yet to address any of these claims regarding the Halo Infinite multiplayer, it has responded to the criticism over the game’s visuals. Fans were impressed by the game’s more open approach after last week’s Xbox Series X showcase, but they were very much not happy with the game’s somewhat flat-looking visuals. Since then, 343 community manager John Junyszek took to the team’s official blog to explain the team has more work to do in this department. He went on to say the “build used to run the campaign demo was work-in-progress from several weeks ago with a variety of graphical elements and game systems still being finished and polished.”

Halo Infinite is set for launch later this year alongside Xbox Series X.

If these Halo Infinite multiplayer leaks ring true, it’s hard to say how the free-to-play model will take hold and work with the Battle Pass system. Likely a way for Microsoft to offer up the Halo Infinite multiplayer suite to those not interested in the single-player campaign, Microsoft can’t possibly be thinking of ruining its flagship shooter with micro-transactions and the like, can it? On the graphical side of things, the game didn’t look quite as flat to me as it did to some, but it was hard to categorize it as being definitively next-generation. So a little touch up and another layer of polish is probably in order here regardless.