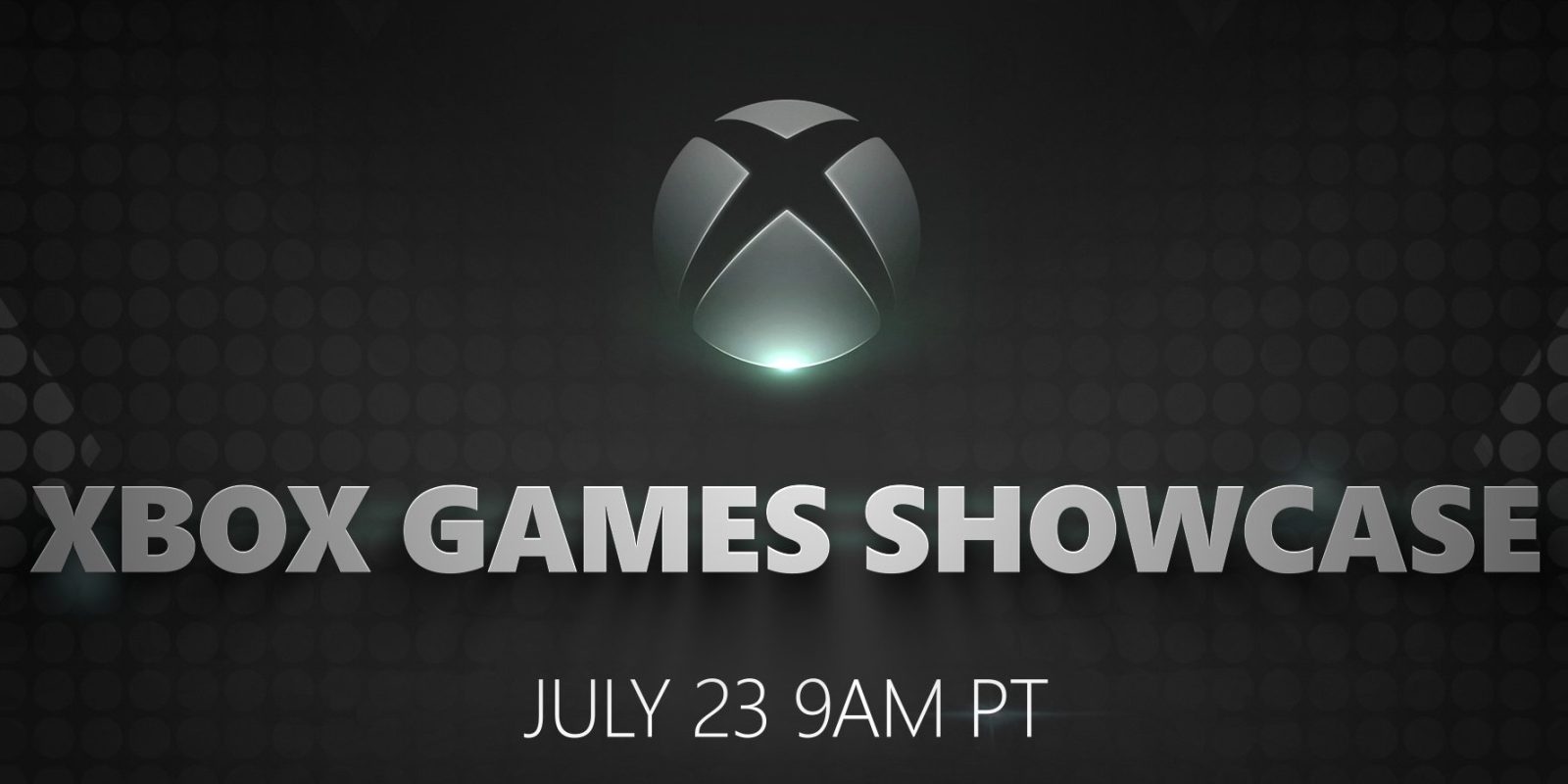 The big-time, first-party Xbox Series X game showcase starts now with brand new Halo Infinite gameplay. After getting a closer look at Assassin’s Creed Valhalla and some other light gameplay demos on Series X back in May, Microsoft is now ready to open the flood gate on Halo Infinite. Today’s livestream event is expected to focus on major first-party titles like the upcoming Halo Infinite, but we are also expecting to see more Microsoft Studios titles in action and maybe even more about the Xbox Series S “Lockhart.” Head below for today’s Xbox Series X game showcase.

Today’s Xbox Series X game showcase is expected to be headlined by the upcoming Halo Infinite — the sixth mainline entry in the series and a direct follow-up to Halo 5: Guardians. Summer Game Fest host Geoff Keighley has all but confirmed we will be getting a brand new gameplay demo for Infinite today. From there, Senua’s Saga: Hellblade 2 and likely Microsoft studio Obsidian will also be front and center. Possibly Elden Ring? Or the new Forza?

The Xbox Series X showcase pre-show even had a few world premieres of its own, including Dragon Quest coming to Xbox for the first time (including Game Pass), as well as our first look at the ExoMecha shooter — a new free-to-play game coming in 2021 — and a new Watch Dogs Legion trailer. This post will be updated with all of the full-resolution trailers as they hit.

Will we get the Xbox Series X release date? Or the Xbox Series X price? More on Project XCloud? Check out the live stream below to find out. The presentation starts in just a few minutes and you can watch it live below:

Join us LIVE for a new look at #HaloInfinite campaign and much, much more

In Halo Infinite’s campaign, the Master Chief returns when humanity’s fate hangs in the balance to confront the most ruthless foe he’s ever faced – the Banished.

As expected, Halo Infinite is taking center stage today. With a gameplay demo on display, you really couldn’t have asked for a more gameplay-focused showcase for the upcoming Halo experience. It is essentially a full-on campaign demo, title screen and all — with loads of gameplay and some cutscenes to setup up the narrative. The game is several times larger than both of the previous games combined. It runs at a “flawless 60 frames per second.”

“Titanium can not prevail in the face of extinction…It all means nothing, until you step inside”

It supports ray tracing and native resolutions at 60 frames per second.

Witness the power of Xbox Series X through Forza Motorsport. Automotive entertainment is reimagined for a new generation.

Next up is Rare’s Everwild and its magical and untamed world to explore. You play as an Eternal —  a sort of naturalistic shaman with the power to control the natural world around them.

Everwild is a brand new IP from Rare. A Unique and unforgettable experience await in a natural and magical world.

Tell Me Why — Chapter One:

Experience Chapter One of Tell Me Why, the latest narrative experience from DONTNOD Entertainment, the studio behind Life is Strange. Play as twins Alyson and Tyler as they use their special bond to unravel the mysteries of their loving but troubled childhood.

Set in beautiful Alaska, Tell Me Why features true-to-life characters, mature themes and gripping choices. And with Xbox Game Pass Ultimate, you can enjoy unlimited access to over 100 great games on Xbox One and PC, including all the new Xbox Game Studios games the day they launch.

The Outer Worlds — Peril on Gorgon

The Outer Worlds — Peril on Gorgon releases on September 9, 2020 and is the first of two upcoming add-ons for the game.

A severed arm and a mysterious message lead the crew of the Unreliable to the Gorgon Asteroid, formerly the site of one of Halcyon’s most ambitious and disastrous scientific undertakings – now a lawless den of monsters and marauders. Wealthy recluse Minnie Ambrose tasks the crew with finding answers about Dr. Olivia Ambrose, her mother and the doomed project’s disgraced director, but they are soon ensnared in an intrigue that will change the colony forever.

Obsidian Entertainment is proud to present our next epic, first-person RPG set in the fantasy world of Eora.

Beyond The Outer Worlds DLC above, Obsidian also debuted its next big open-world RPG today too! It looks a first-person, fantasy title — sword in one hand and magical spells on the other, but not much is known otherwise. More details and trailer inbound.

Rooted in Darkness, Guardians will wield this new elemental power alongside Arc, Solar, and Void, summoning epic supers to dominate the battlefield. Titans, Warlocks, and Hunters each use Stasis in a different way, from slowing down foes with Stasis fields to encasing and shattering enemies with destructive might.

Fable returns with a new beginning for the legendary franchise. Explore a land of fantastical creatures and wondrous places. Developed by Playground Games for Xbox Series X and Windows 10. Play Fable day 1 with Xbox Game Pass

As Dusk Falls is an original interactive drama from INTERIOR/NIGHT that explores the entangled lives of two families across thirty years. Starting with a robbery-gone-wrong in small town Arizona, the choices you make will have a powerful impact on this epic story of sacrifice, betrayal, and resilience.

Phantasy Star Online 2: New Genesis will be coming in 2021! PSO2: NGS will surpass Phantasy Star Online 2 in every way, offering players limitless adventure and unparalleled character customization. The game has been redesigned as a best-in-class online action RPG experience!

The Medium is a next-gen psychological horror game, featuring never-seen-before and officially patented Dual-Reality Gameplay that plays out across two worlds displayed at the same time. Discover a dark mystery only a medium can solve. Explore the real world and the spirit world at the same time. Use your psychic abilities to solve puzzles spanning both worlds, uncover deeply disturbing secrets, and survive encounters with The Maw – a monster born from an unspeakable tragedy.

It is set in Iceland and there will be a new dev diary video live after today’s Xbox Series X showcase on the Ninja Theory YouTube channel.

The Definitive Edition includes all the content from the original release of the acclaimed DRAGON QUEST XI, and adds extra character-specific scenarios, the choice of playing with the original soundtrack or a grand orchestral version of the music, the ability to switch between 2D and 3D graphic modes, a Japanese voice-acting option, and much more!

This post will be updated with all of the high-resolution trailers as they go live.

Here’s everything you need to know about Xbox Series X as well as a flurry of the latest updates on Kinect support, discontinued consoles, and more. You can also check out the previous Series X showcase right here and everything we know about Xbox Series S “Lockhart” here. Ubisoft just recently announced it would not be raising the price on next-generation games, unlike the way 3K is doing with the new NBA 2K21. Titles like Cyberpunk 2077 are offering completely free next-gen upgrades, so hopefully, these industry heavy-weights will influence others to keep the $60 MSRP.