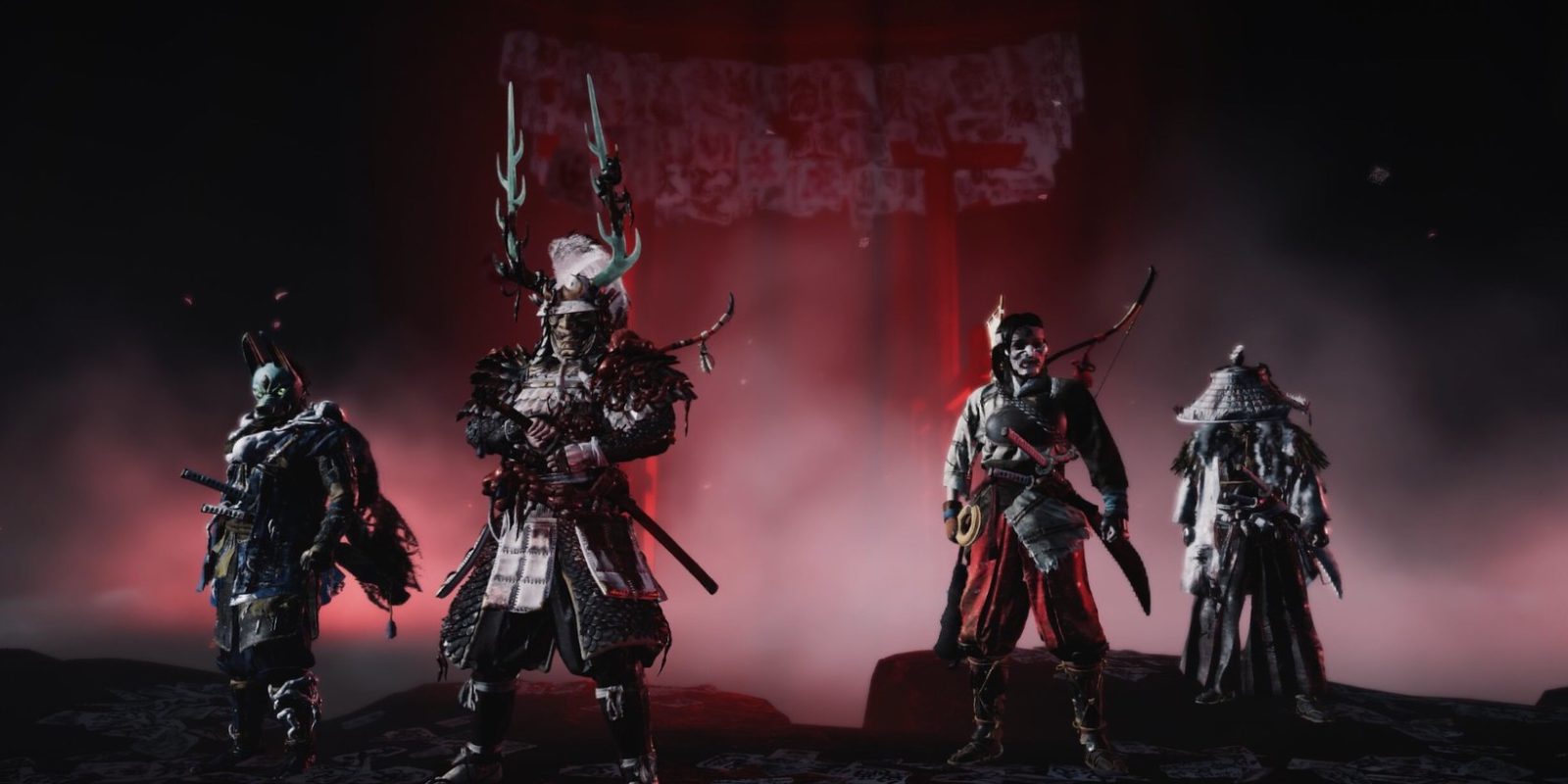 Sucker Punch Productions is revealing Ghost of Tsushima Legends today. The new online cooperative multiplayer mode will be available for free to all Ghost of Tsushima owners later this year on PS4. Legend is described as an entirely new experience, separate from that of the main campaign. This multiplayer mode features online battles via a series of co-op story missions, survival missions, and later, four-player raid-style battles. Head below for a closer look at the debut announcement trailer.

After its fair share of delays, Ghost of Tsushima launched back in mid-July as a PlayStation exclusive to solid reviews. While some were critical of its typical open-world tropes, it was lauded as one of the most beautiful PlayStation games to date with interesting navigation and a realism-focused combat system. In Ghost of Tsushima Legends, however, we will be leaving protagonist Jin and the cast characters we met in the main story behind for “four warriors who have been built up as legends in stories told by the people of Tsushima.”

While Ghost of Tsushima’s single-player campaign was heavily focused on the gorgeous open-world and (mostly) realistic beauty of the island itself, Legends is described as “haunting and fantastical.” Players will get to experience locations and enemies inspired heavily by Japanese folk tales and mythology.

Ghost of Tsushima Legends is a cooperative multiplayer experience where players can team up with friends or make use of matchmaking to group up in teams of two to four players. There are four character classes (Samurai, Hunter, Ronin, or Assassin) with unique abilities and “advantages” Sucker Punch will be reveling at a later date.

It sounds like there will be three game modes here: Story missions, Survival missions, and Raid battles. The two-player Story missions escalate in difficulty as you make your way through them. Much like the rest of the Legends content, these missions build on the single-player combat by way of adding “new magical twists that often require careful synchronization with your partner.”

The wave-based Survival missions require four-player co-op and feature what Sucker Punch refers to as the “toughest enemies Tsushima has to offer,” brand new Oni enemies with supernatural abilities included.

Shortly after the launch of Ghost of Tsushima Legends, Sucker Punch will introduce Raid battles to the fray. These four-player missions sound like they might be the most difficult of them all. Players will be transported away “to an entirely new realm” to take on a “brutal, terrifying enemy” — which may or may not be the brooding figure we see in today’s announcement trailer.

Ghost of Tsushima Legends is free for all who own the main game but is yet to receive a solid launch date at this point. Today’s PlayStation Blog announcement does, however, mention a “Fall 2020” arrival. That should give everyone enough time to make it through the main campaign and ready for more.

With Ghost of Tsushima being one of the last remaining exclusives for PlayStation 4 before next-generation gaming kicks off, it was hard to say how much DLC it might receive. While today’s offering might not be the full-on story-based campaigns you were hoping for, it does sound like we are getting quite a bit of fresh new content at no additional charge. It’s hard to say how substantial the narrative elements of Legends will be, but it is interesting to see Sucker Punch take a more fantastical and mythical approach to what was a mostly grounded samurai experience in the game proper.