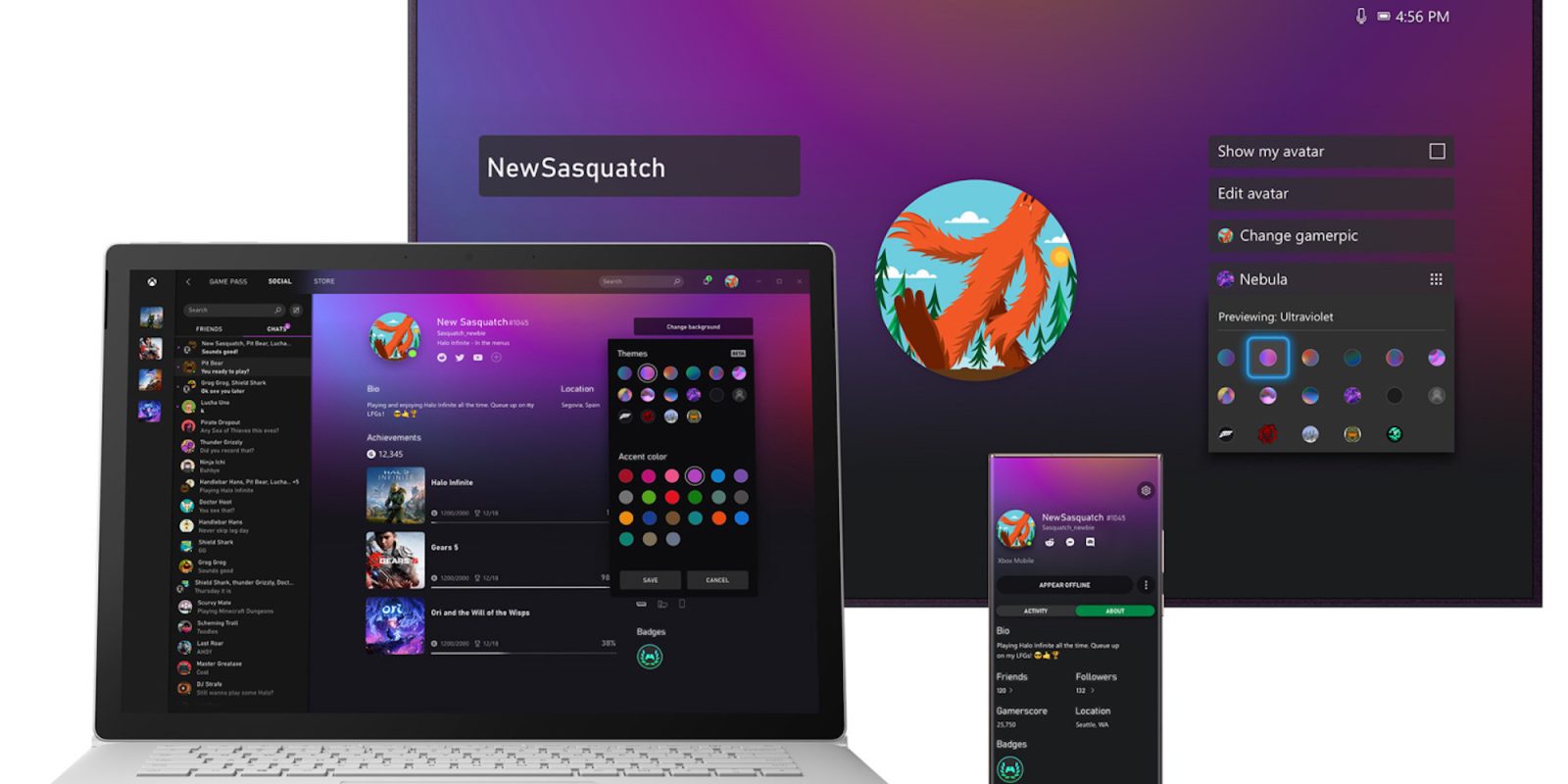 While Halo Infinite might have gotten delayed beyond the likely November next-generation release date, but Microsoft is ready to give us our first good look at the new Xbox Series X interface today. In fact, it sounds like the “New Xbox Experience,” as Microsoft puts it, will also be rolling out for current-generation Xbox One machines with a strong focus on usability and connecting users across multiple Xbox-compatible platforms. Head below for more.

The new Xbox Series X interface will be a familiar one to anyone that has spent time on the current-generation iteration of Microsoft’s console app. Large tiles are still present throughout for navigating through various menus and the like. Although, a range of enhancements are on tap here including tile shapes, fonts, an “updated illustration style,” and more.

The new Xbox look and feel is designed to be faster to use, more approachable and visually appealing. This holiday, it will be shared across all Xbox mobile apps, Xbox Game Pass on PC, and of course Xbox One and Xbox Series X consoles. Text is more readable, elements on screen are easier to understand at a glance, and accomplishing your tasks is faster than ever. 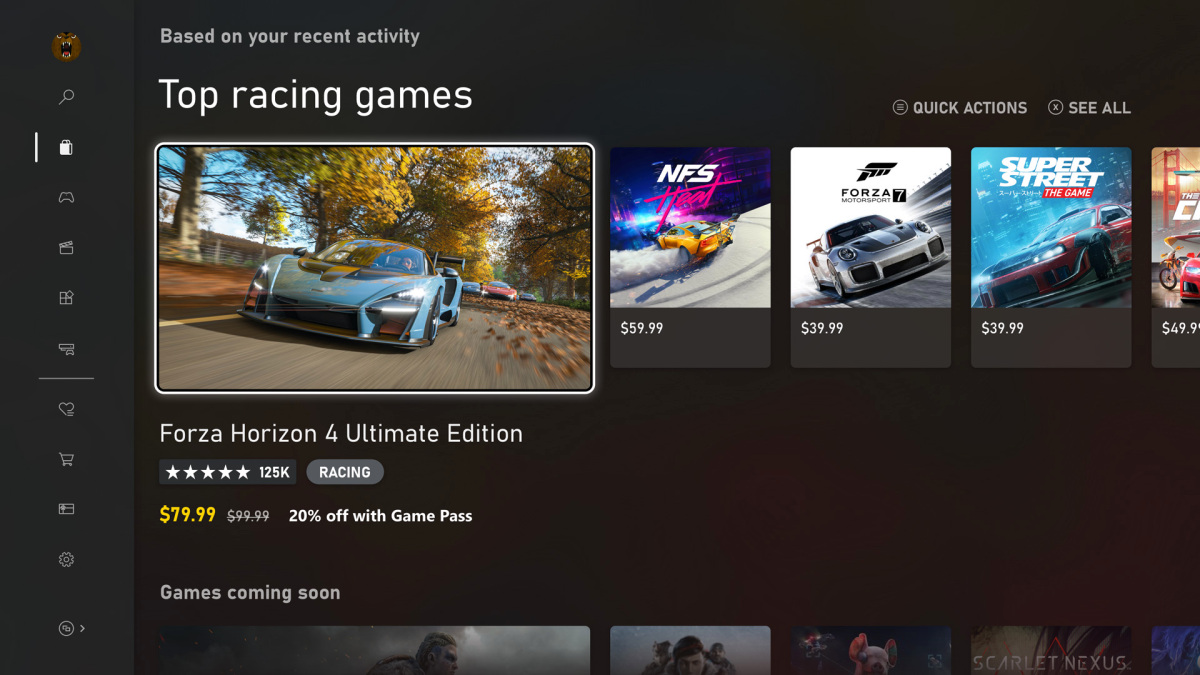 One particularly handy standout feature here — pointed out by the folks at Polygon — is the more detailed game descriptions and quick heads-up listings as to the various ways to access them. Xbox Game Pass titles, for example, are much easier to find, but you’ll also see new details for where select games can be played — on console, PC, or via Microsoft’s upcoming Android-ready cloud gaming service. 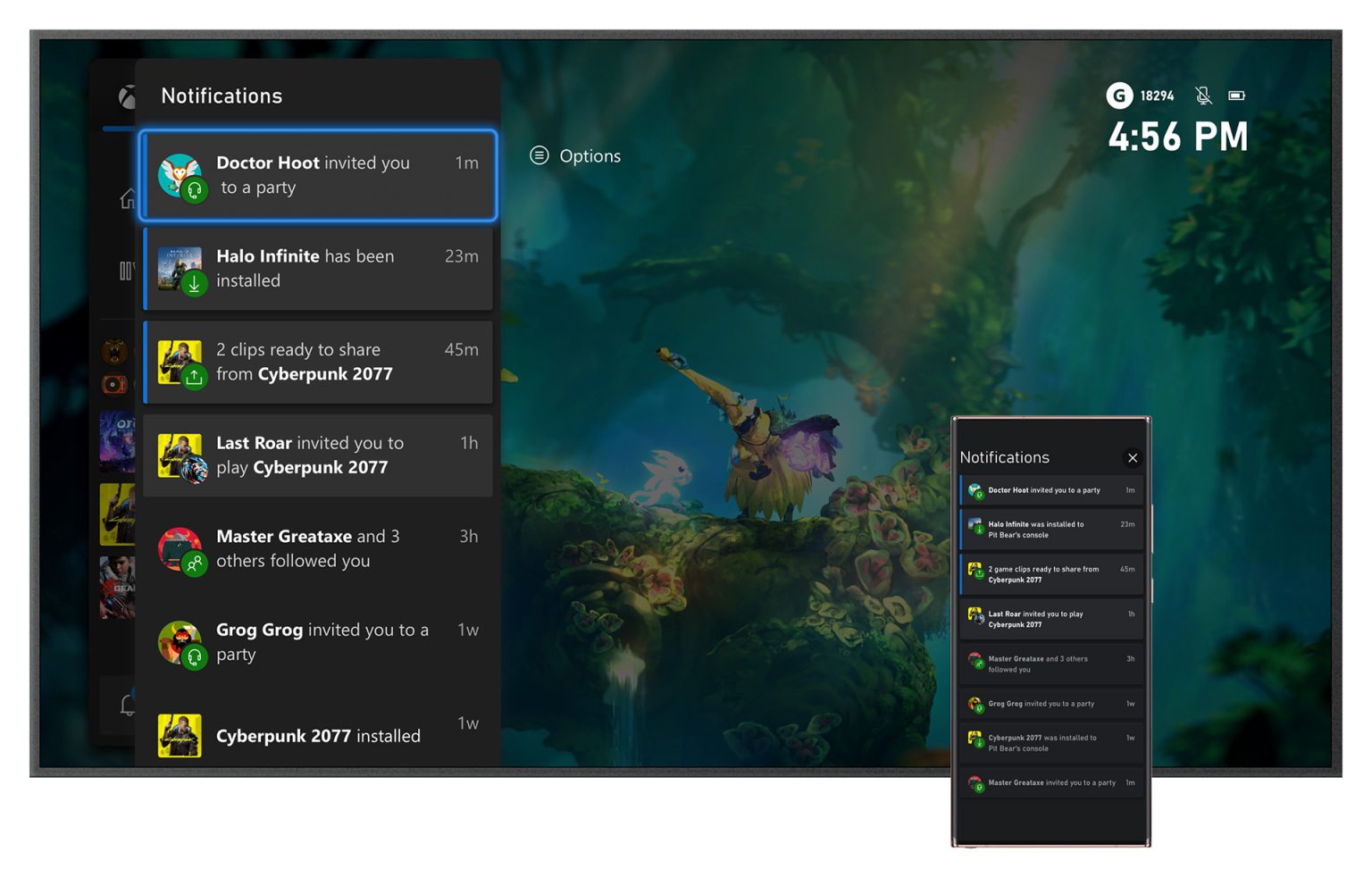 We know Microsoft doesn’t mind which platform you play the upcoming Halo Infinite from — free-to-play multiplayer was recently confirmed — and it looks like the Xbox Series X interface will more appropriately accommodate that. A new unified social tab of sorts will offer a much more streamlined and intuitive approach to interacting with your friends online, no matter which machine they are using to access the Xbox interface. This new Xbox console Guide tab will bring together players from mobile platforms, PC, and consoles where they can chat in group form or otherwise, among other things. Here more details from Microsoft:

For example, when you choose to share an update or game clip from your console, it will also automatically be sent to your Xbox mobile app, so you can share it on the social networks of your choice…We’ve also consolidated notifications, which will reflect activity across mobile, PC, and console. We combined related activities like Parties and Chats into a single tab in the Xbox console Guide, so it’s easier to know what’s going on with your friends and communities.

The “New Xbox Experience” will begin to appear on current-generation machines “in the coming weeks” until the entire thing has gone live, just in time to grace the Xbox Series X interface this holiday season.

Well, we can only expect a complete overhaul of the Xbox experience as Series X approaches. The real advancements here comes by way of the mobile and social integrations. While there is nothing overly groundbreaking to speak of when it comes to what will soon be the new Xbox Series X interface, clearly Microsoft is looking to streamline the experience for its gamers using multiple devices to access an Xbox account, and with the roll-out of project xCloud right around the corner now, it couldn’t come at a better time.