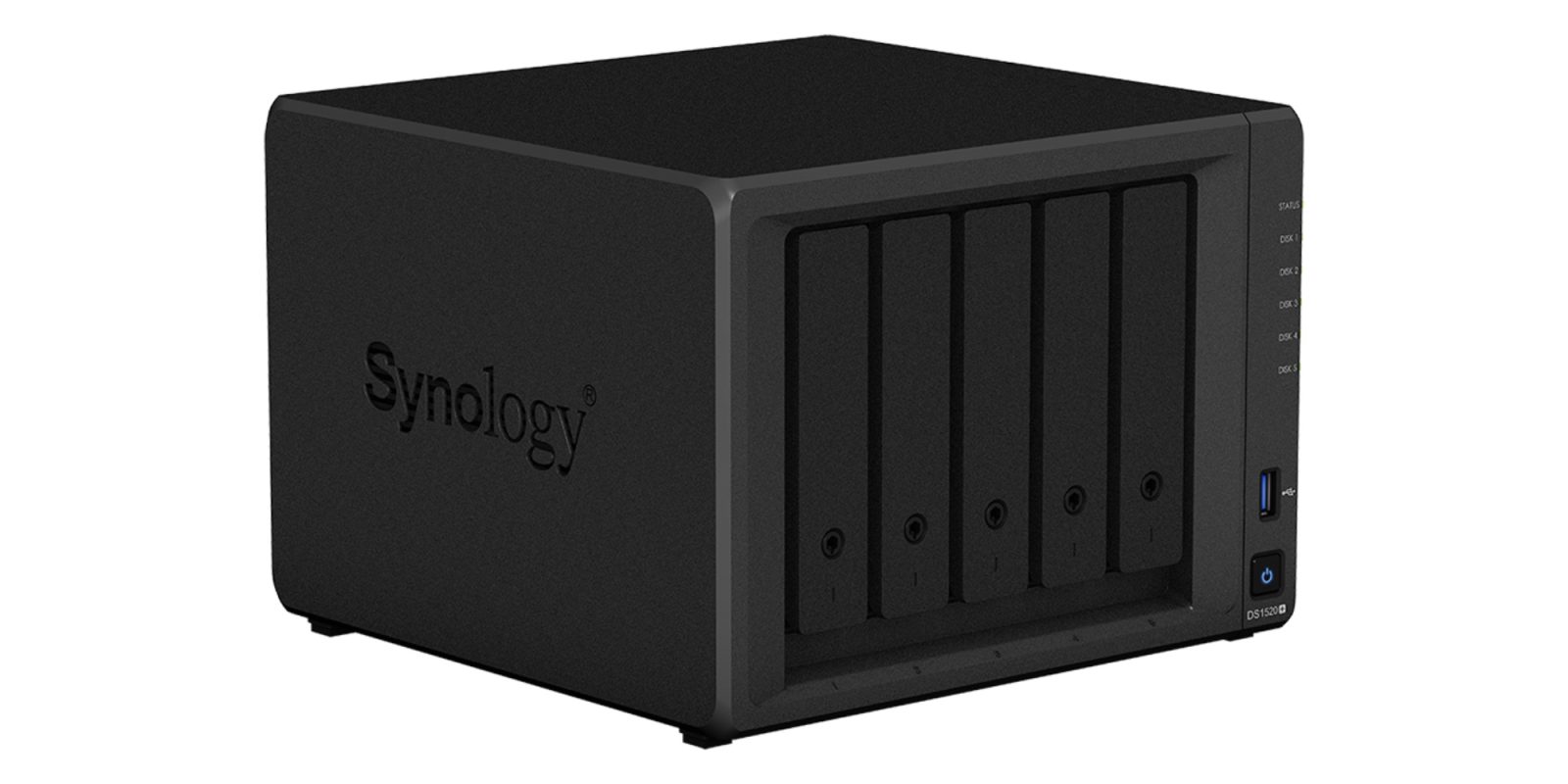 After expanding its lineup of NAS earlier this summer with some lower-end offerings, today Synology is debuting its latest 5-Bay model complete with some more premium specs. The new Synology DS1520+ NAS comes equipped with nearly 20% performance gains over previous models, four Gigabit Ethernet ports, and up to 451MB/s transfer speeds. Head below for a closer look at the new release, and for all the details on pricing and availability.

The latest NAS from Synology debuts as a new 5-bay offering in the form of the DS1520+. Serving as a successor to the DS1019+ we took a look at last year, you’ll find much of the same form-factor but with plenty of upgrades. Each of the five included bays support hard drives or solid-state drives of up to 16TB in size, allowing you to configure up to an 80TB storage pool. There’s also still built-in M.2 slots for taking advantage of SSD caching.

One of the first major changes that Synology is introducing here is a refreshed selection of I/O for the DS1520+ NAS. Here you’ll now find a total of four Gigabit Ethernet ports, doubling what was included last time. There’s also two SATA connectors for pairing two of Synology’s expansion units, as well as a pair of USB ports. So you’ll be able to expand the overall storage pool to upwards of 240TB. 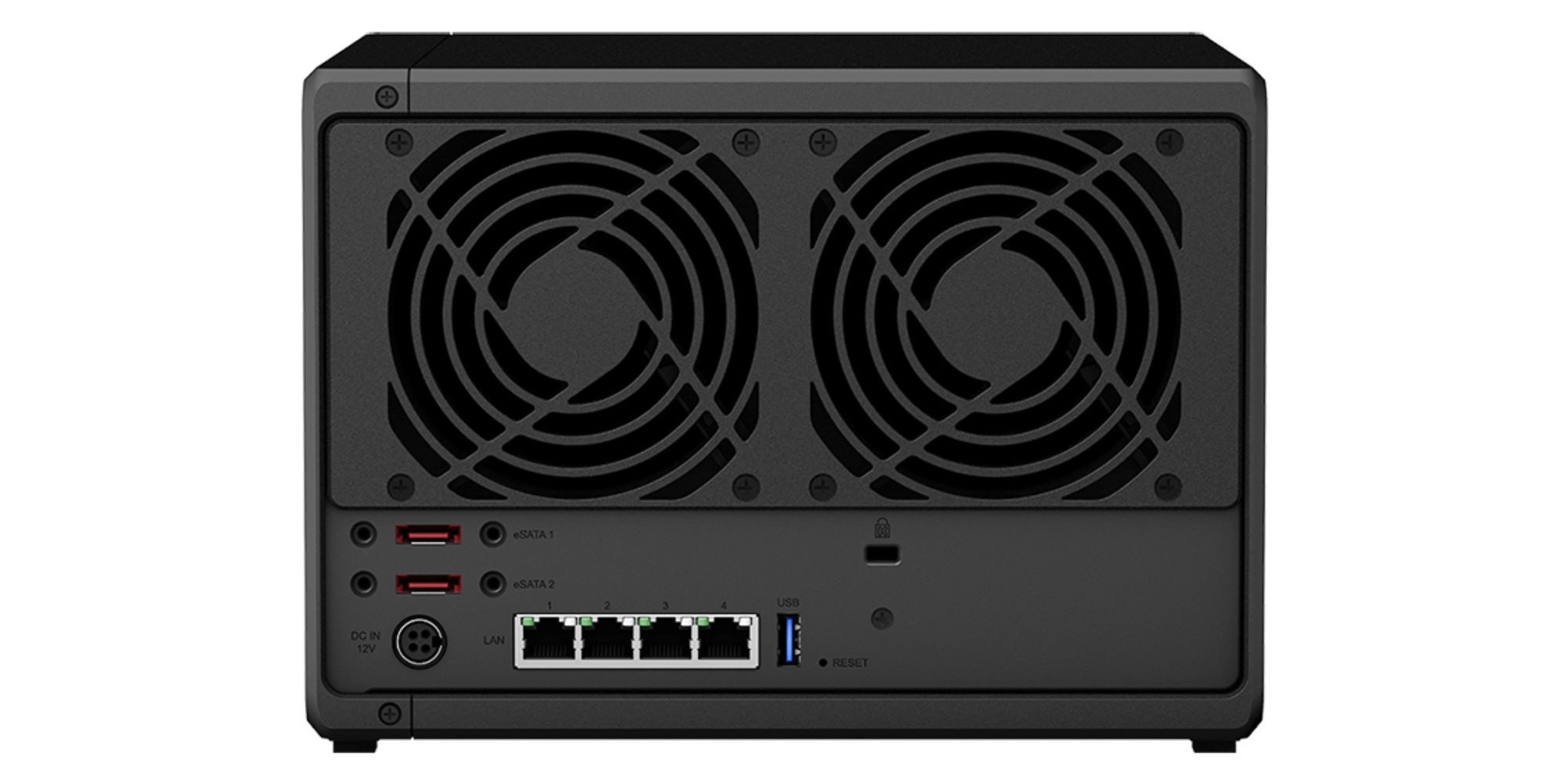 Synology is also giving plenty of love to some of the under the hood elements of its DS1520+ NAS, as well. The entire package is now powered by a more capable processor which yields a 19.8% increase in computational tasks compared to its predecessor. The expanded I/O also means you’re looking at upwards of 451MB/s transfer speeds, which is pretty impressive for the form-factor. And as you’d expect DiskStation is still at the core of the experience.

Synology’s latest DS1520+ NAS is now rolling out at select retailers with a list price of $699.99. Right now, Amazon is offering a launch discount that brings it down to $649.99. Retailers like B&H are still reflecting the expected retail price tag. 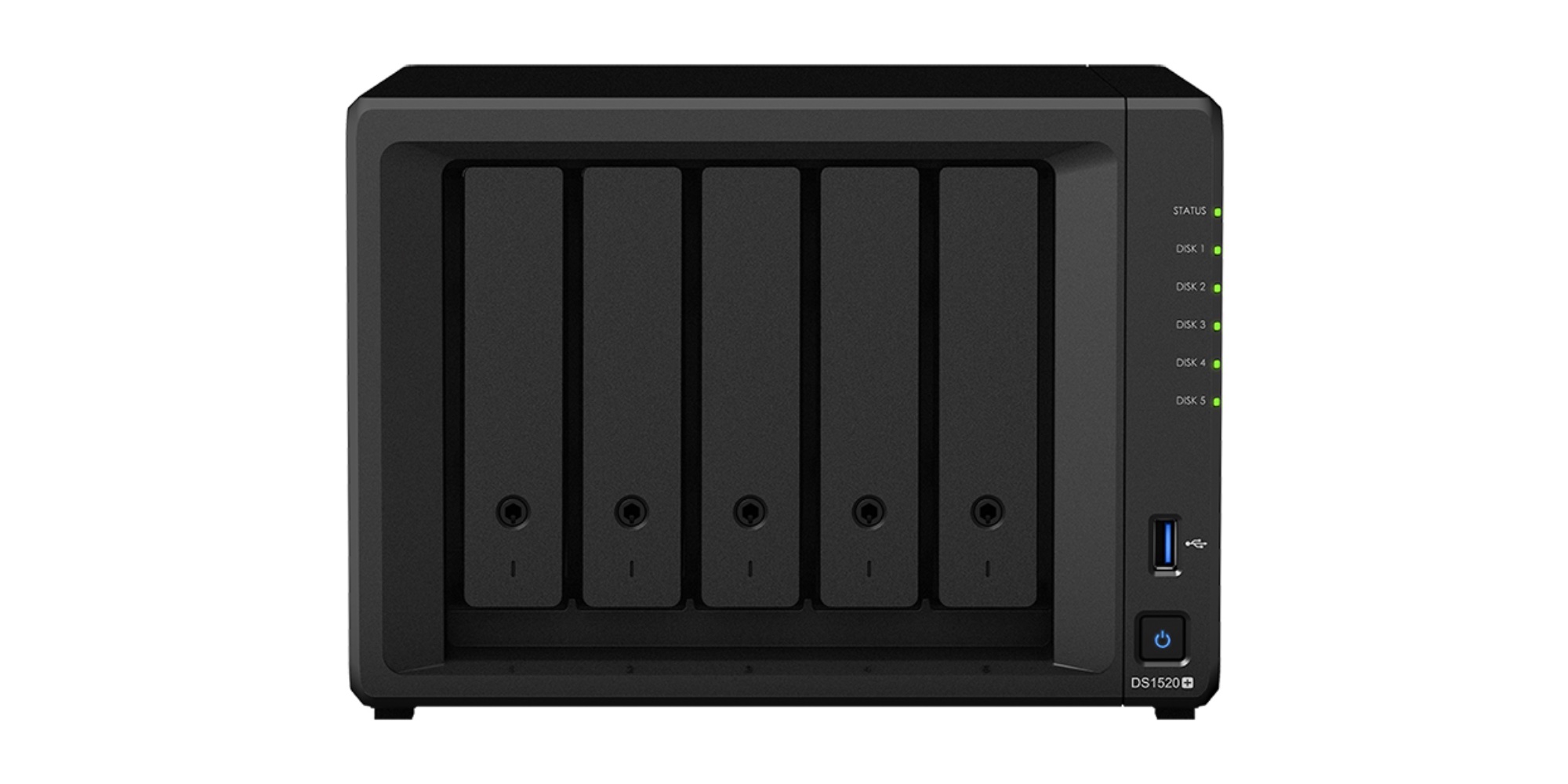 When I first took a look at one of Synology’s previous 5-bay NAS units, I was already impressed with the performance for the price and that has continued to this day. I’ve been using the Synology DS1019+ as my daily driver for Plex and more over the past 20-months and have yet to be disappointed. All of that bodes extremely well for the new DS1520+, which brings some notable upgrades to that same form-factor.

Pricing seeing a bit of an increase isn’t all too unpredictable, and given the performance gains, it’ll likely end up justifying the extra cash. The addition of two extra Ethernet ports is seriously tempting to upgrade, let alone all of the other upgrades. I’ll be excited to see how it actually performs, as I can really see this being a nearly perfect NAS for prosumers and other home usages.