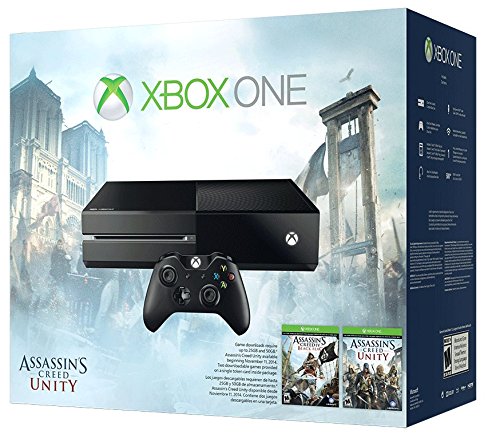 At the end of last week Microsoft announced that for a week it’d throw in a free game (up to $60 in value) with every Xbox One console purchase. Well, that promo has officially kicked in and a massive bundle from Amazon is making it an even sweeter deal: 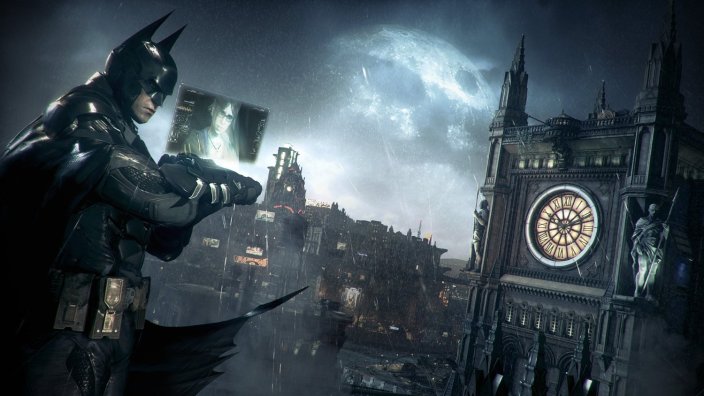 Right now Amazon has the Xbox One Assassin’s Creed Unity Bundle ($350 value) plus an EXTRA wireless controller ($60 value), 3-Month Xbox Live Membership ($25 value) and an additional game of your choosing (up to $60 value) all for just $349 with free shipping. I try to keep my posts professional, but damn that’s seriously a bonkers deal.

Make sure you choose your additional game from this list and add it to your shopping cart along with the bundle to get it for free. 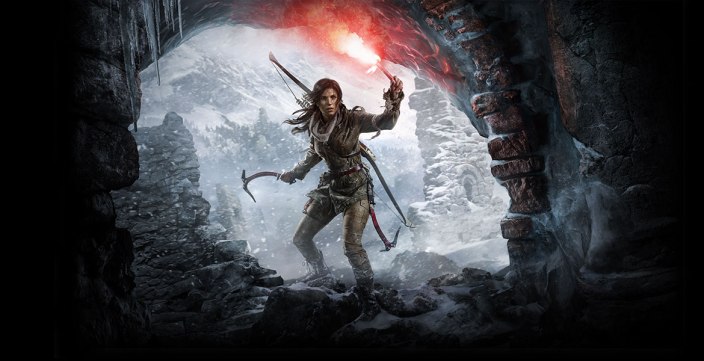 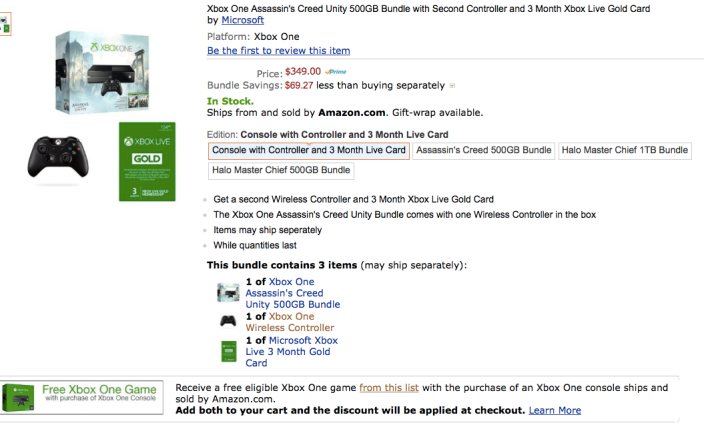