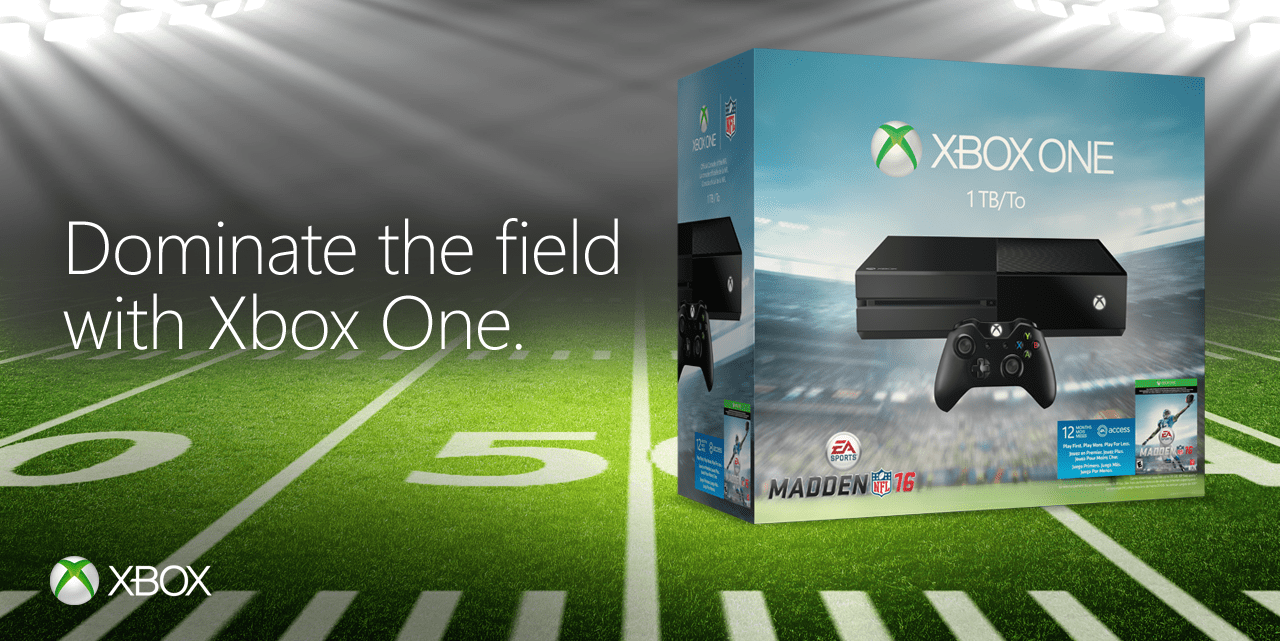 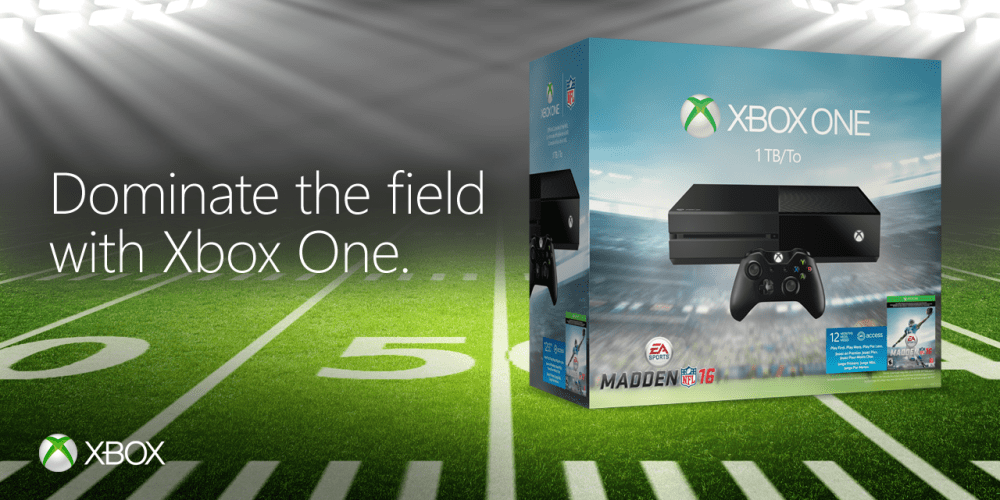 As you may have notice in this morning’s game/apps roundup, we are seeing a number of solid Xbox One console and hardware deals right now. For today only, Microsoft Store is offering a $50 Xbox One gift card and additional games along side a series of Xbox One bundles.

One standout from the bunch is the Xbox One Madden NFL 16 Bundle. It includes the 1TB console, the new 3.5mm headset jack equipped wireless controller, one free year of EA Access, a $50 Xbox gift card and Assassin’s Creed Unity for $399 shipped. With the additional value of the gift card and the free game this is about $60 in value off Amazon and other retailers right now.

If the extra goodies don’t interest you, we still have the Madden NFL 16 Bundle for $360 shipped over on eBay, the lowest direct discount we have seen. Madden NFL 16 is set to release next week, and Prime members can pre-order it for just over $49.99 right now on Amazon. 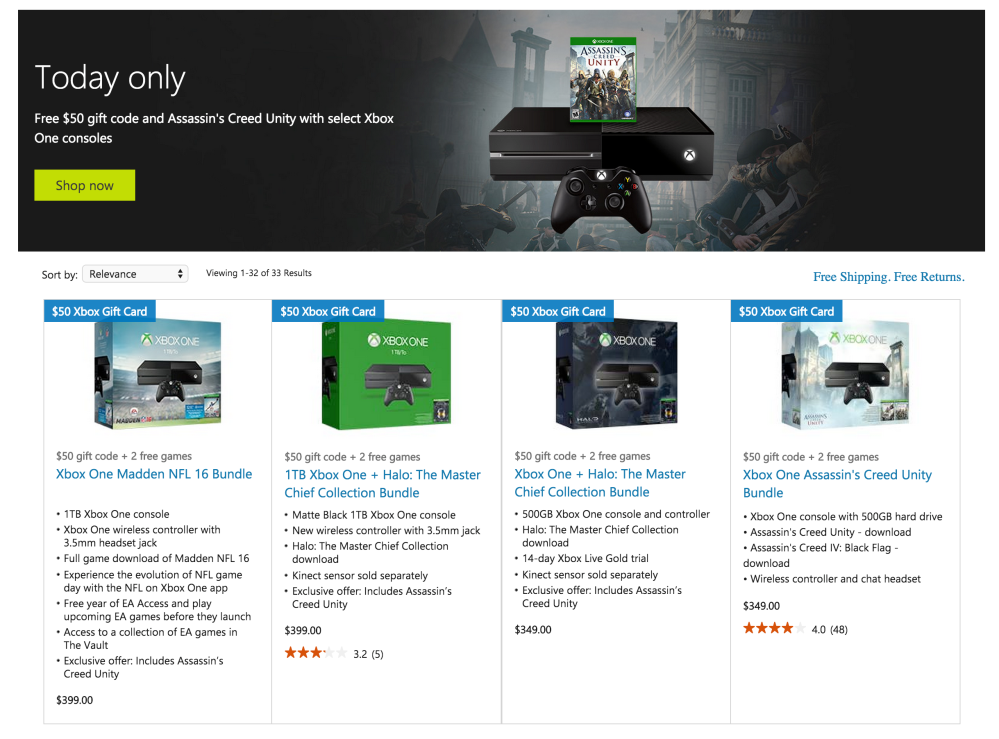