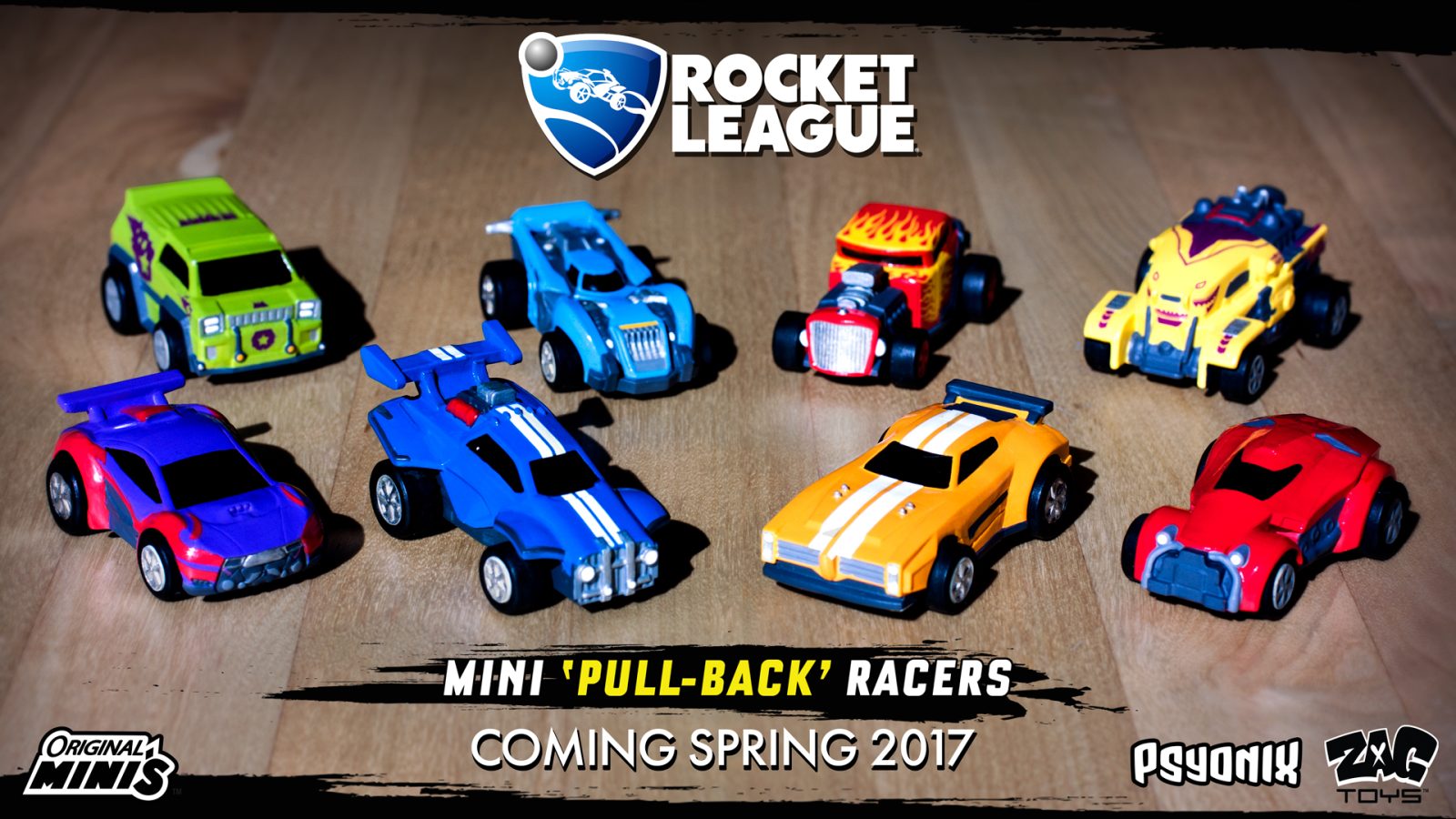 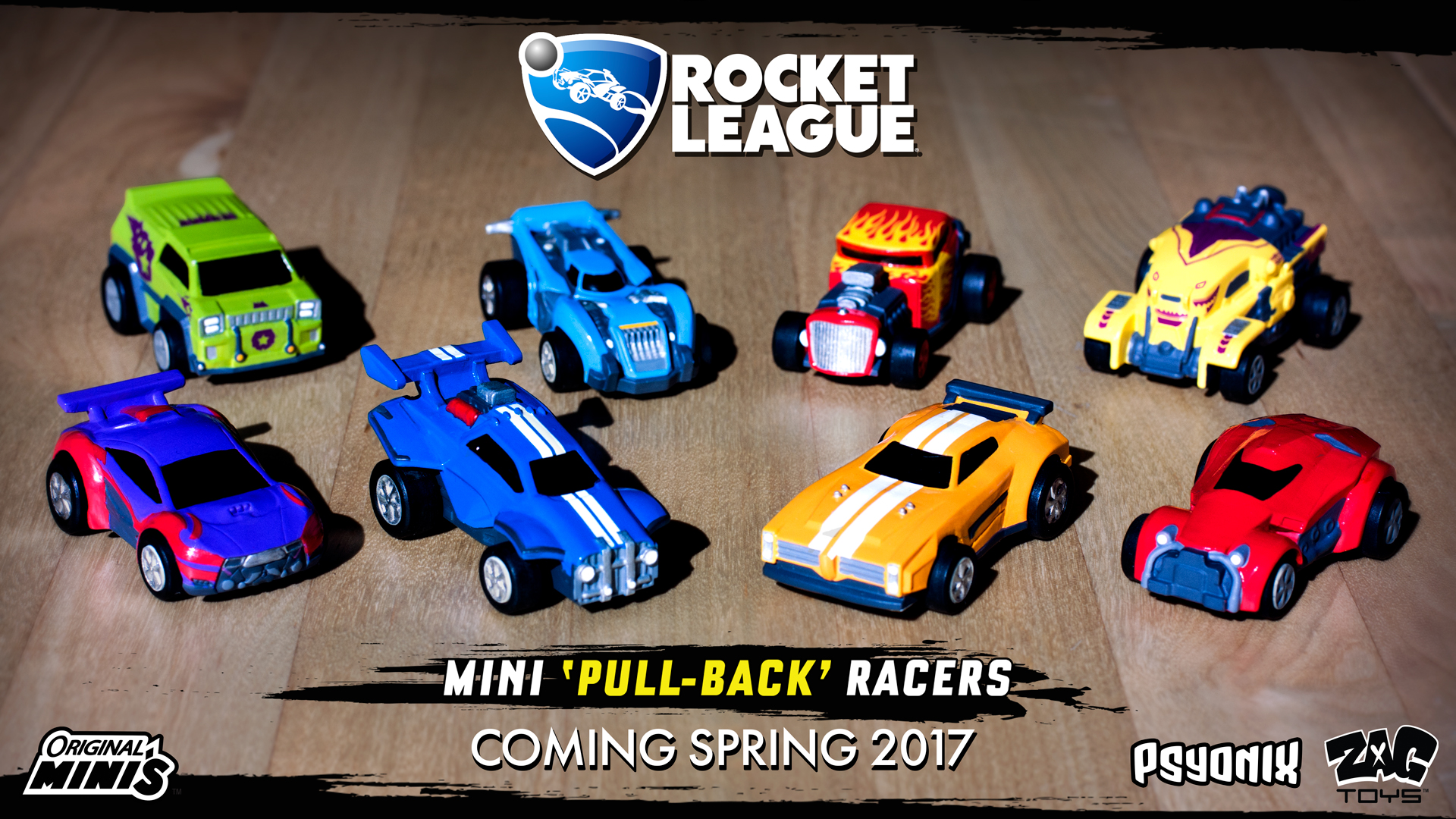 The super rocket battle-car soccer game, Rocket League, will soon be coming off the big screen and directly on to your living room floor. No, you will not get to drive real rocket powered sports cars in your house, or anywhere for that matter. I’m talking a set of those awesome, vintage pull-back race car toys.

This Spring, 12 of the most iconic battle cars from the game will be releasing as part of a new partnership with Zag Toys. The new line of “Original Minis Pull-Back Racers” will also act as a sort of amiibo for the game as well. Some of the racers, which ship inside a miniature Rocket Ball, will contain a code that will offer up some unique in-game content including a “special Rocket Trail and Wheel”

Finally, Rocket League is coming to the real world! We’re proud to announce today that we have teamed up with Zag Toys on a new line of Original Minis Pull-Back Racers.

Starting this Spring, 12 of our iconic Battle-Cars will be available for purchase as Racers, with each car housed in its own miniature Rocket Ball. These Original Minis will be similar to the toy cars we all grew up with (or if you’re me, still play with now). Pull the Racer back on the carpet or floor, wait as the power ratchet up, and let it fly!

We’re also bringing some unique in-game content with these new Original Minis, as some of the Racers will include a code that can be redeemed in Rocket League for a special Rocket Trail and Wheel!

Octane, Dominus, Masamune, Hotshot, Grog, X-Devil, Merc, and Backfire will all be part of the new Original Minis line, along with four limited variants to round out the first dozen Racers. Check out the GIF below to see the Racers in action!