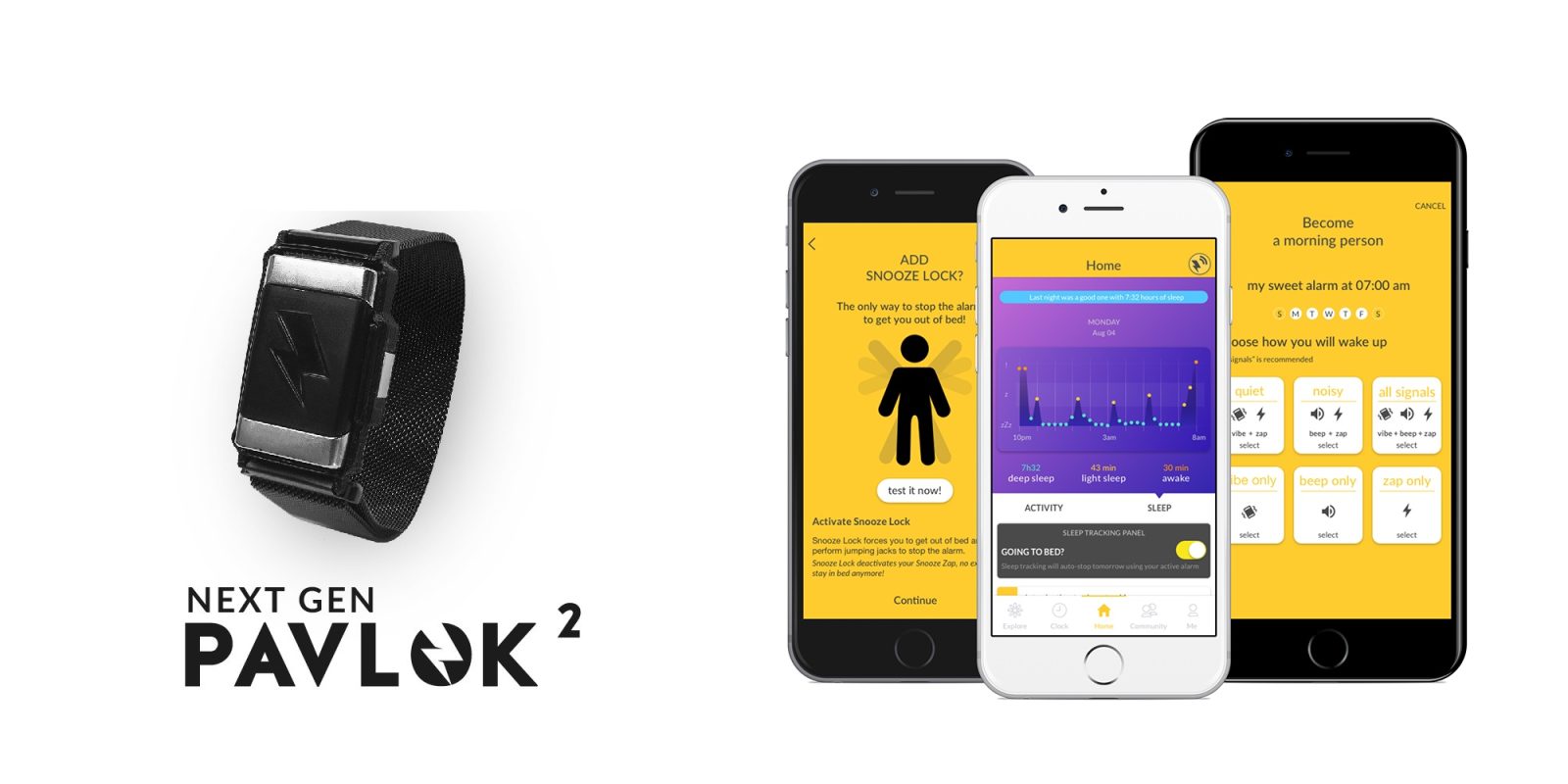 For most of us waking up in the morning is a chore in itself. We often have to set our alarm for an hour earlier just so we can keep hitting that snooze button, but that’s no way to go through life. Pavlok Rise (currently being funded on Indiegogo) has several interesting functions for those of us who are trying to get a good sleeping habit.

The goal of this device is that you get the right amount of sleep, get up at the best time according to sleeping cycles and not wake up tired in the morning. Yes, it may sound a little extreme to get shocked out of bed, but the rewards Pavlok Rise promise are undeniable.

To achieve the goal of better sleep, the bracelet works together with your iOS and Android devices to get the different notifications. As for the operation of the alarm, the device is able to wake us up by making us feel like we are in the lighter sleep phase just nearer to the time we set it for. Like other similar devices, it will wake us up with vibrations or electric impulse for the heavier sleepers.

It’s important to note that the team behind this device confirm that the shock from it is completely user controlled and safe, but if you are really thinking about buying one make sure you’re heart healthy.

Pavlok Rise will vibrate in your lightest stage of sleep to wake you up feeling refreshed and able to focus on what you to do to have a consistent productive routine to start your day. If vibration isn’t enough, it can be set to send a “safe electrical impulse” to wake you up and keep you up.

The Pavlok 2 has all new sensors and a new processor making it “hundreds of times faster” than the original Pavlok. Plus, it has an upgraded Bluetooth antenna with “super reliable” connectivity. This was a major issue with Pavlok 1, and the team is happy to announce that they have fixed it for good through software improvements and new hardware. The pairing is now much easier and the battery life is around 4+ days.

Pavlok can make sure you move with a built-in pedometer. If you sit for 30 minutes, a warning beep will go off. If you haven’t gotten up in an hour, you’ll get an electric impulse. After that, watch how effortless the change becomes in your life.

With 19 days left in its campaign on Indiegogo, it’s already raised over $56,000, smashing its original fundraising goal and ensuring its success. You can get a Pavlok Rise for the early bird price of $129. If you don’t want to wait until September for it to ship, you can get the first generation model from Amazon for $199 shipped.