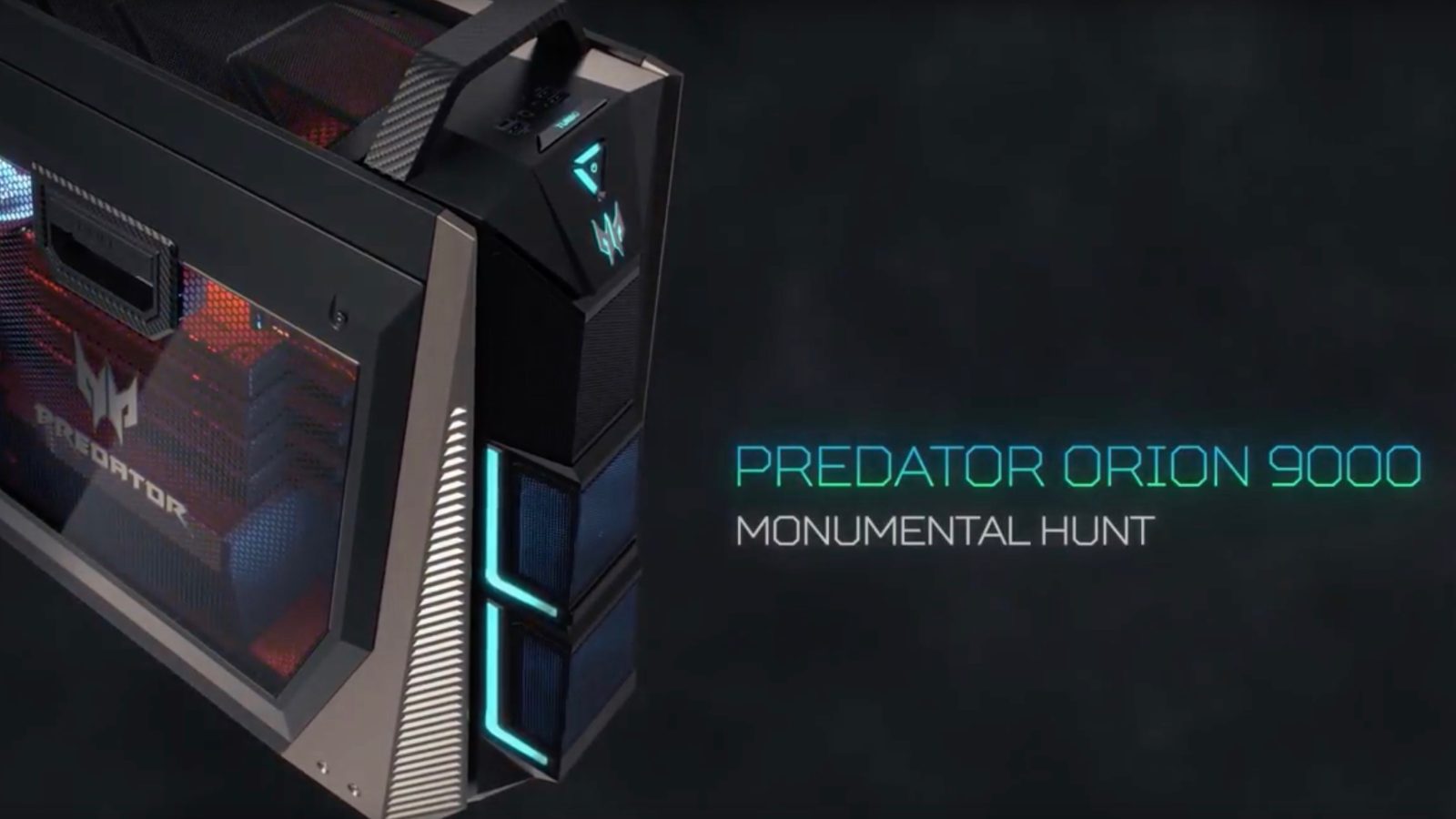 Acer today has taken the wraps off of the new Orion 9000 gaming desktop, as well as a new 35-inch 1440p monitor. The company made the announcements at IFA in Berlin, teasing a release before the end of 2017. Acer joins a variety of other company in its IFA announcements.

The Acer Predator Orion 9000 will cost between “two to three thousand dollars” for the base configuration, though what the company showed in Berlin will likely cost much more than that. Featuring an 18-core Intel Core i9-7980XE processor, four AMD Radeon Vega graphics cards, and 128GB of memory, the Predator Orion 9000 certainly has the potential to be an absolute behemoth of a machine. That build, however, will cost you quite a bit as the processor alone retails for $2,000.

In terms of design, the Predator Orion 9000 features built-in handles and wheels for easy transportation. The machine is also a beast in terms of customization options, offering eight dime slots and support for 128GB of DDR4 RAM and 42 TB of storage. You’ll also find five 120mm fan mounts.

Acer hasn’t offered specific release and pricing information for either the Orion 9000 or the new X35 monitor, but neither is going to be cheap. The company says both of those products, as well as a new Predator Cestus 500 gaming mouse, will be available later this year.

The video below does a good job of hyping up Acer’s new predator Orion 9000 gaming PC, showcasing its design and power:

This thing has wheels pic.twitter.com/ZAjRS2FzqS