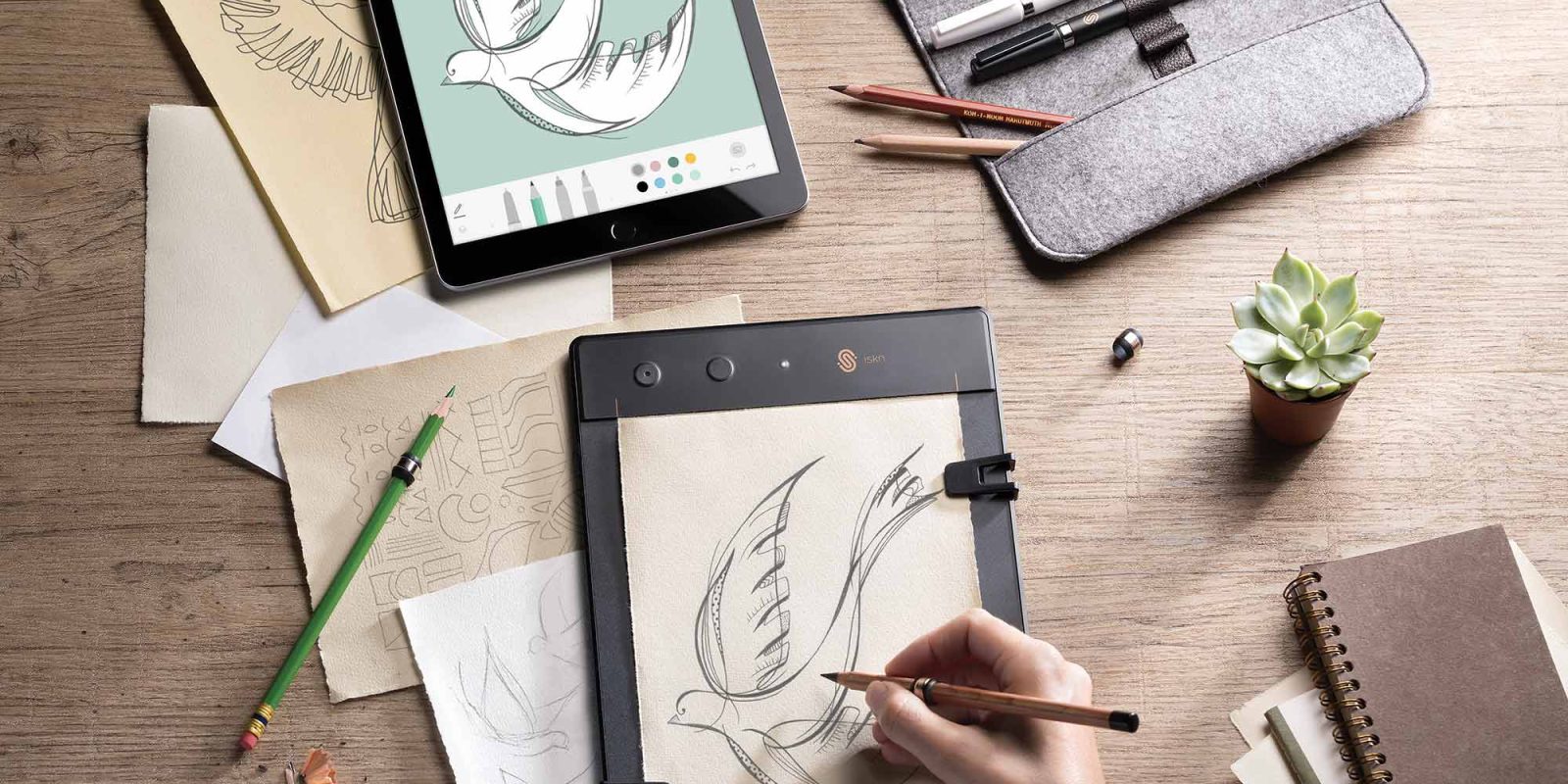 Since the beginning of being able to manipulate images on computers there have been attempts to digitize people’s drawings and sketches for further editing. Scanning your picture only gives you a flat image of what you created, but now with the Slate 2+ you can instantly and naturally turn your sketches into a digital representation.

The French startup Iskn got its beginning with the first Slate, which was an instant success on Kickstarter where it raised almost $350,000. The Slate 2+, which was introduced at IFA 2017 in Berlin, is able to capture your drawings with 32 sensors that track the movement of a magnetic ring that’s attached to the pen or pencil you’re using. It comes with an all new design, a sleeve, pencil case, and a special stylus that gives you the natural feeling of drawing on paper. So you’re basically getting the look and feel of a pencil drawing with all the added benefits of a digital copy.

The creators of Slate believe that all doodlers from architects to tattoo artists will be able to use this product when inspiration strikes even on-the-go. With the Slate 2+ you can use any paper you desire and even your own pens or pencils. You just have to slide the ring on to your drawing instrument of choice and you can then watch your creations come to life in real time using the iOS/Android or Mac/Win app.

In creating the Slate, we wanted to combine the unique and irreplaceable experience of drawing on paper with the limitless possibilities of digital. You draw with your own pencils on real paper and your drawings instantly come alive on the screen.

Even though the Slate looks like it’s just for professionals, Iskn says that it can also be used by anyone who wants to save their notes digitally instantly while on-the-go.