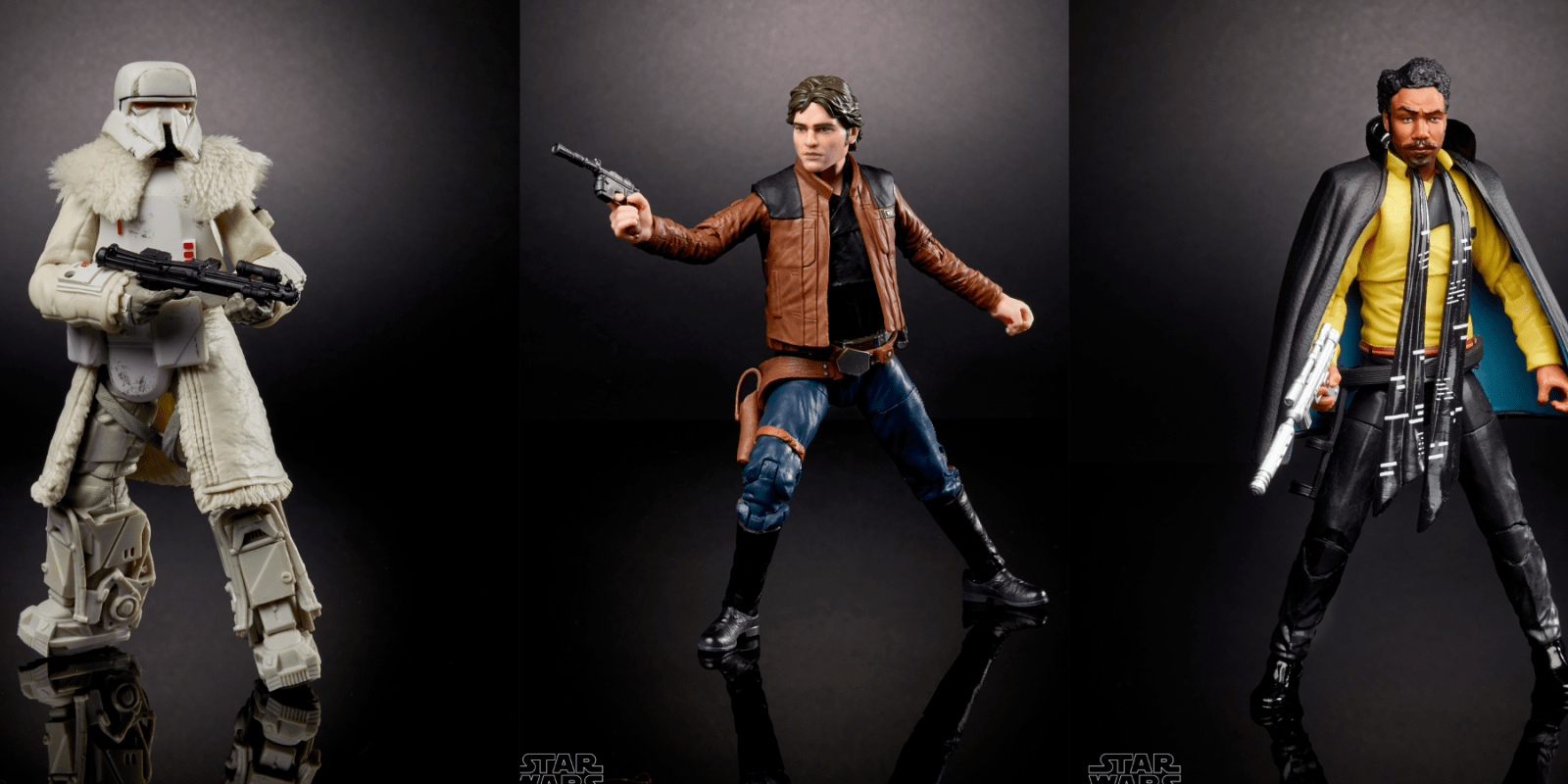 With a scheduled spring release date and the 2018 Toy Fair in New York City getting underway this weekend, it was only a matter of time before the first Solo: A Star Wars Story figurines saw the light of day. Yesterday we caught a glimpse of the amazing new 1,414-piece Kessel Run Millennium Falcon set for the new movie and today we have a new line of characters from Hasbro…

Solo: A Star Wars Story, if it wasn’t already apparent, will follow the beginnings of a young Han Solo. Directed by Ron Howard, it will be the second film in the new Star Wars Anthology. The first of which being 2016’s Rogue One. Solo stars Alden Ehrenreich, Woody Harrelson, Emilia Clarke, Donald Glover and more.

Today, Hasbro is introducing the first four Solo: A Star Wars Story characters coming to the company’s “Black Series”. Expected to release ahead of the movie in May, we are getting a young Han, Donald Glover’s Lando Calrissian, Emilia Clarke as Qi and a good look at a new storm trooper design.

As far as I can tell, Hasbro has once again nailed the look and feel of these characters. Han looks great but Lando’s facial expression and apparel really sell the character. Qi is a mysterious character from Han’s past that will apparently be playing a pivotal role in the film, while this Stormtrooper design will make its very first appearance in Solo: A Star Wars Story.

The new Solo: A Star Wars Story characters will be available at all major retailers and direct from Hasbro this spring.

Speaking of Hasbro’s toy shop site, it is currently offering 15% off all Black Panther figures and gear in celebration of the new film. Simply use code BLACKPANTHER18 at checkout to redeem the special price. Here are the eligible options.

We will be on the showroom floor when the 2018 New York Toy Fair officially kicks off on February 17th. But you can expect loads of new product announcements ahead of the official date.