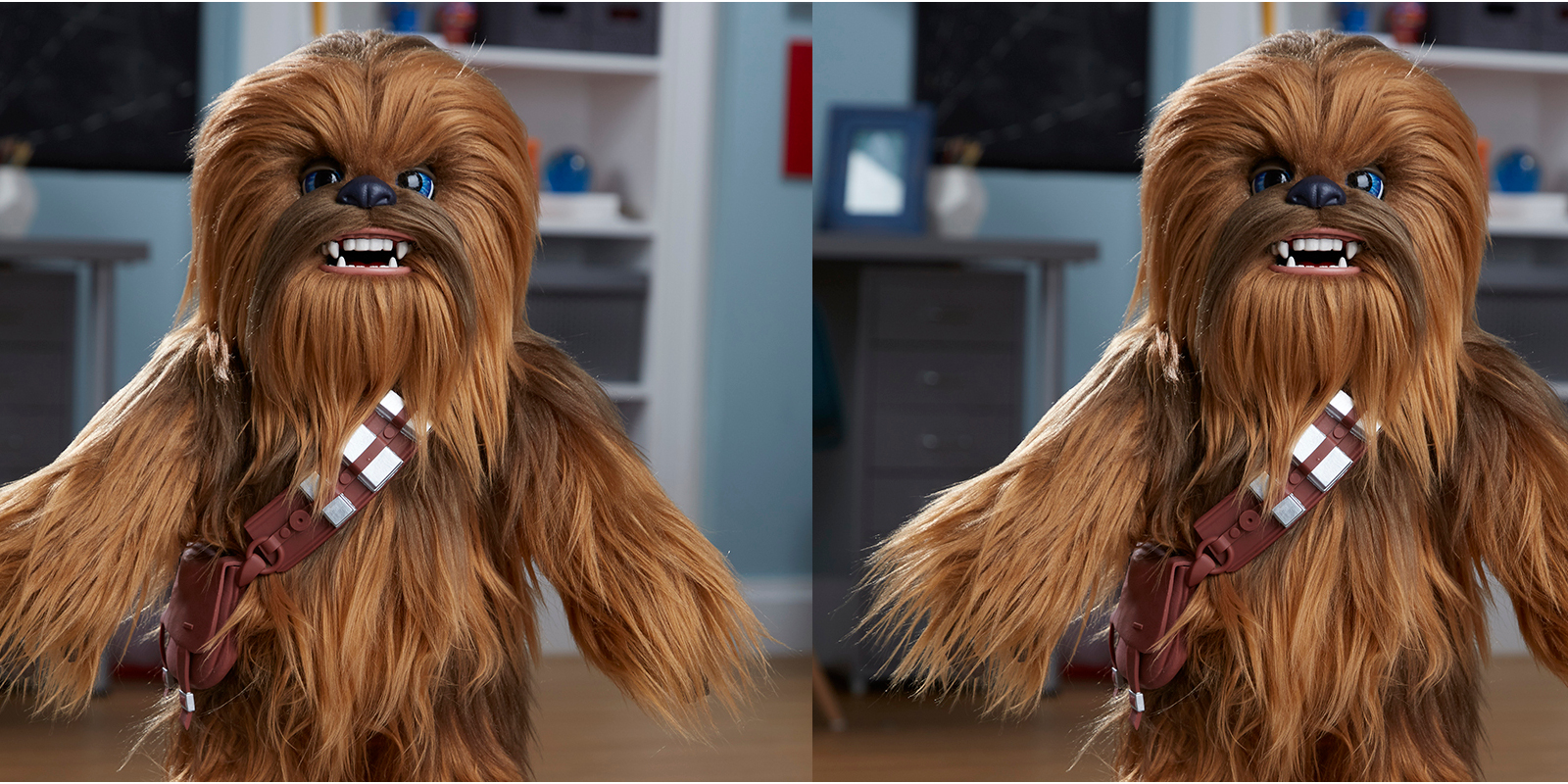 As expected, Star Wars themed technologies and products have covered the show floor at Toy Fair 2018. We have already seen the new line up of action figures from Hasbro, but now it’s time to get a little furrier. Turns out, everyone’s favorite Wookiee is getting the FurReal treatment at this year’s show…

Hasbro’s FurReal lineup of adorable, interactive figures were among the most popular toys of 2017 and made just about everyone’s holiday list. Certainly aimed at kids, the interactive stuffed animals feature more than 100 pre-recorded responses and will even talk back when you address them. The Star Wars FurReal Chewie features much of the same, but presumably expands interest from just younger children to Star Wars collectors in general.

After being in development for around a year and a half, the new, and incredibly adorable Chewie toy also has more than 100 different responses and motions. If you roar at him, he will flail his arms and roar back, naturally.

He will respond differently depending on what you do with him. You can also trigger a response by pressing a button on his mid section or by rubbing his forehead. In fact, he will close his eyes, fall fast asleep and start snoring if you rock him like a baby. 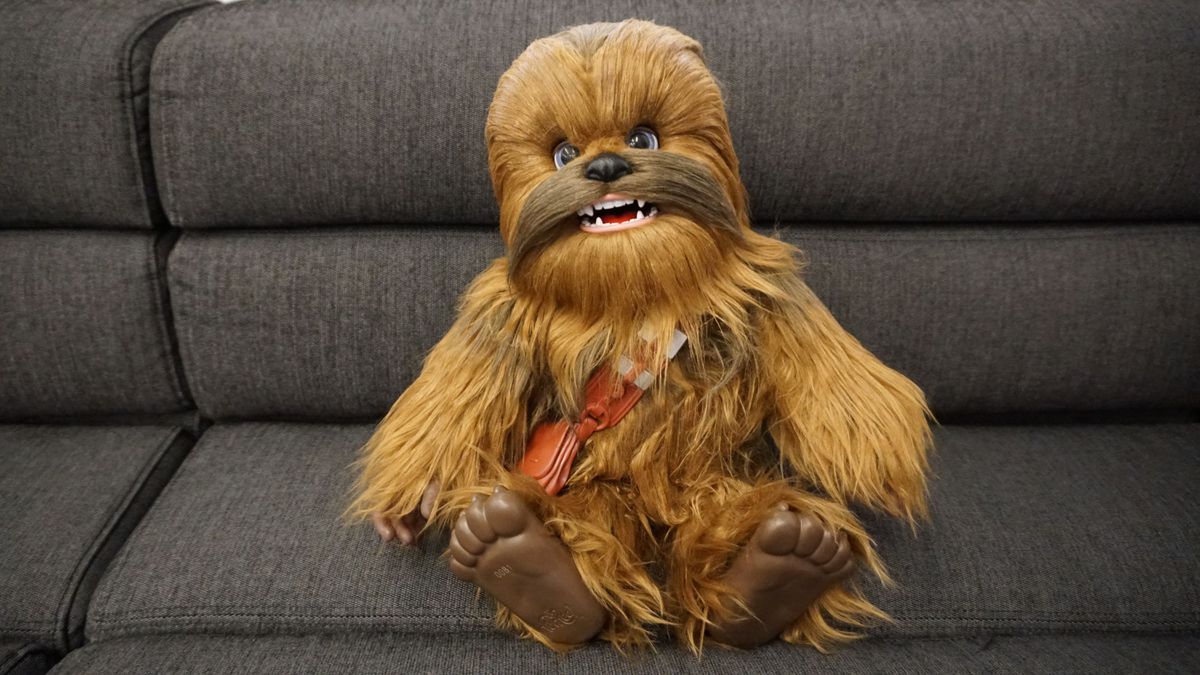 Despite the longer development time, the Star Wars Ultimate Co-pilot Chewie still won’t be around in time for the new Solo: A Star Wars Story in May. It is set for release this fall with a suggested $129.99 retail price. While the uber popular FurReal Roarin’ Tyler released at the same price, it is closer to $95 or so on Amazon at this point. 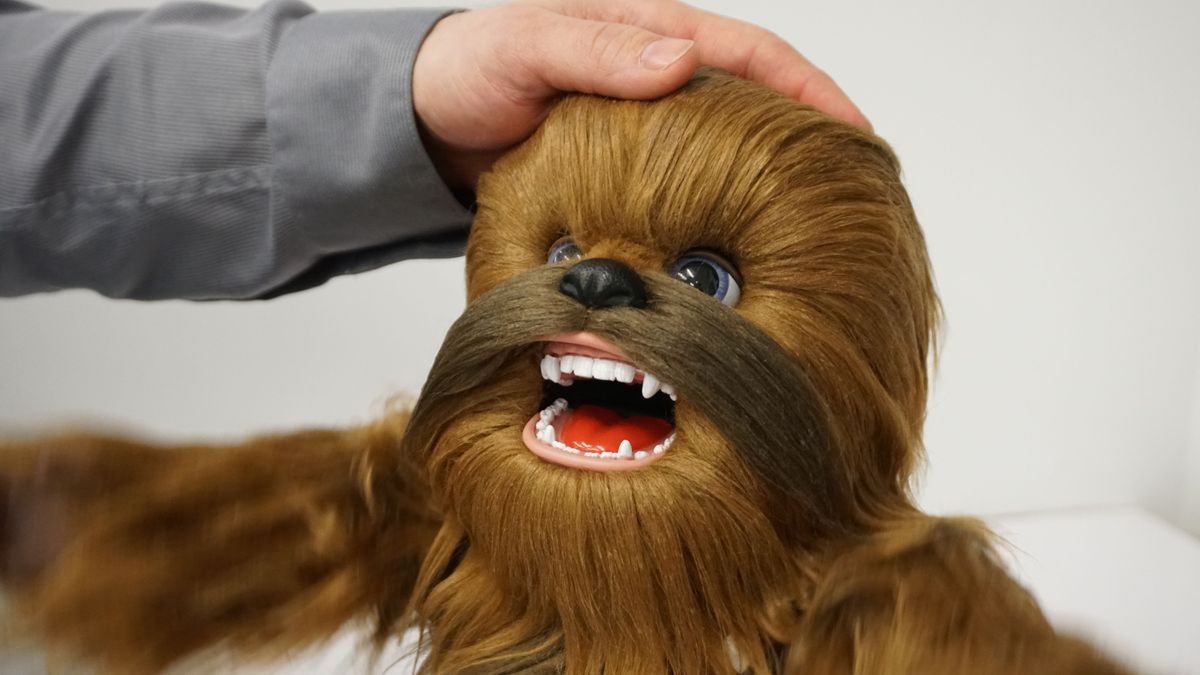