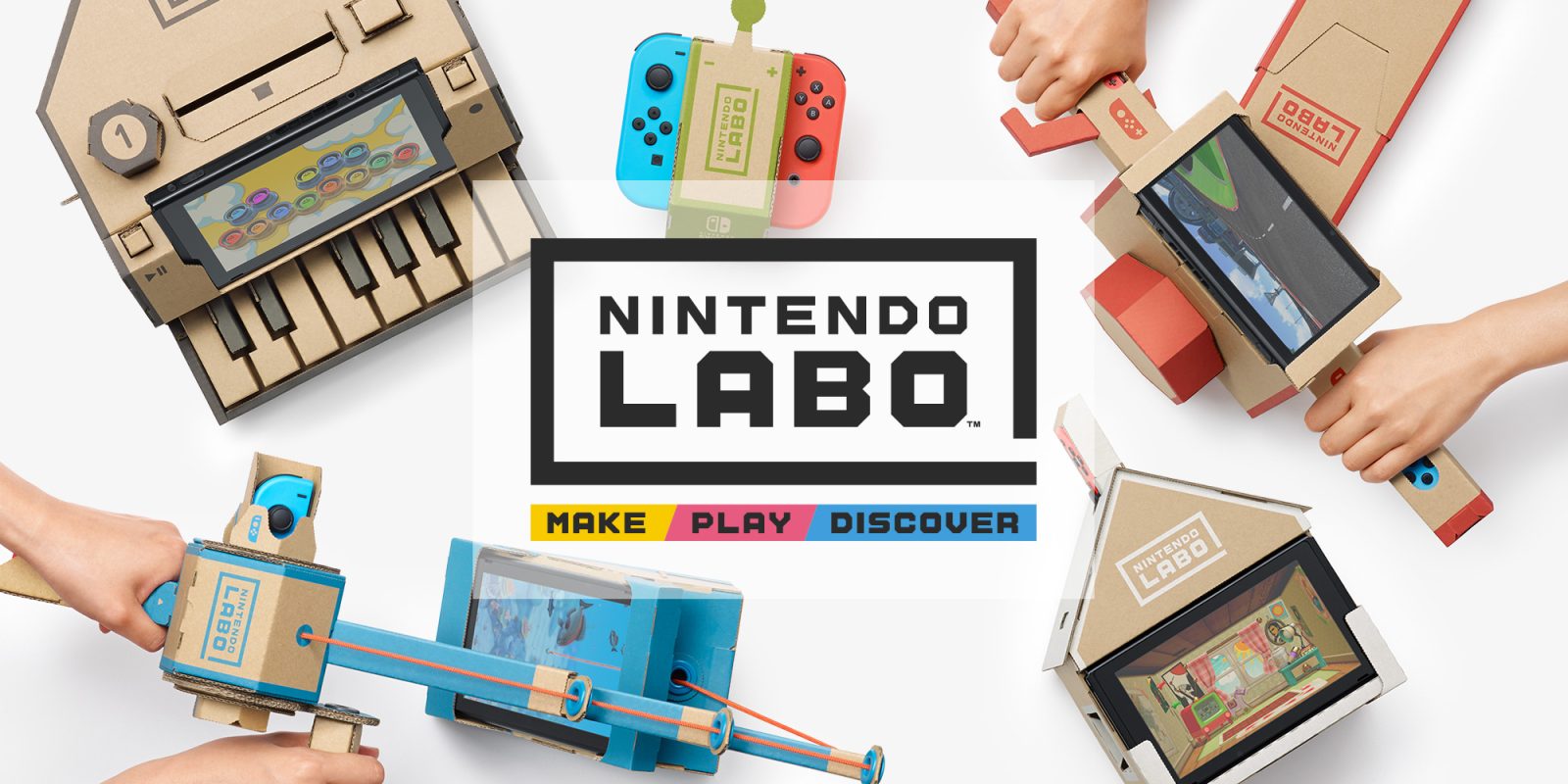 When Nintendo announced Labo (a platform designed to get children interested in engineering) back in January, many fans were concerned that cardboard may not have been the best material choice. While cardboard is flexible, inexpensive, and easy-to-use, it can also be susceptible to spills, tearing, squishing, things that most children have been known do. When pairing this concern with cost to replace a kit, it seemed like a gamble if you and your family would get your money’s worth. Nintendo put many of these fears to bed today by announcing replacement parts can be purchased directly from manufacturer.

We know it’s going to happen. Nintendo Labo parts will be stepped on, submerged in water, or torn apart. Any number of things can and will be done to cardboard. In fact, one could argue that it will be part of the engineering experience to experiment and see what else you can do with Labo kits.

Failed experiments happen and this may ruin the initial use case for your Labo kit. Thankfully, you can feel more empowered to experiment and be more relaxed while using Labo when considering how that you can replace individual parts of each kit. If something happens to your fishing rod (perhaps you get too close to real water), you can buy a replacement for just $8.99 (although you may need to also buy an accessory pack priced at $9.99 depending on the extent of the damage). If your RC gets wrecked, you can replace it for just $2.99. Or if you play the piano too hard and break the keys, you can replace it for $12. All this to say, that you would have to have a lot of accidents before you would end up spending the full cost of a new kit.

It’s impossible to know if today’s announcement was planned all along or if it was designed based on the feedback that they received from their customers. One thing we can be certain about is that this news will likely go a long way when helping families that were on the fence to justify the initial expense.

Those unfamiliar will want to take a look at our hands-on review of Nintendo Labo from back in February. If you are interested in Nintendo Labo, you may want to act fast. Nintendo products have a tendency to sell out quickly after release. These kits are available for purchase at Amazon, Best Buy, GameStop, Target, and Walmart.

Keep an eye out for more coverage of Nintendo Labo on 9to5Toys in the near future.