Hands-on: LEGO’s new Harry Potter BrickHeadz are the most magical brick-built figures yet 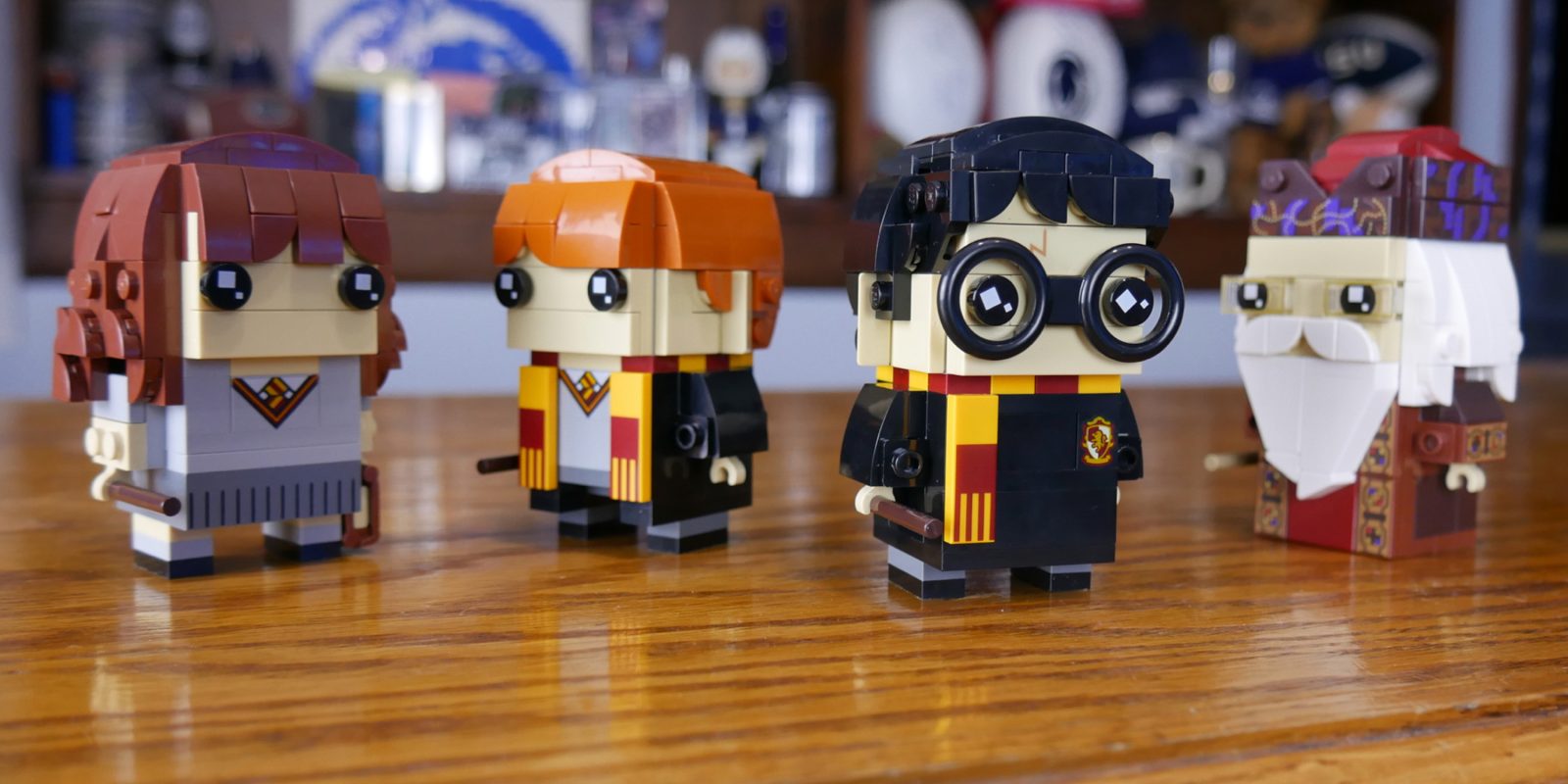 LEGO’s Harry Potter line of kits is finally back after a near decade hiatus. Over the first half of 2018 we’ve seen a variety of releases get added to the lineup and while there’s no beating the new 6,000 piece Hogwarts castle, the most popular of the new releases are LEGO’s BrickHeadz figures for the wizards. Today we’re going hands-on with the new figures, so be sure to hit the jump for an in-depth look.

Since the last time we checked in on the collectible brick-built figure line, LEGO has significantly up-ed its game. Not only will you find that the figures include much more detail, but they also make better use of their limited part counts. This all adds up to cooler figures that are more true to their on-screen counterparts.

In one of latest release of BrickHeadz, LEGO has debuted four new figures in the form of our iconic protagonists from the wizarding world; Harry, Ron and Hermione alongside Dumbledore and the miniature owl Hedwig. 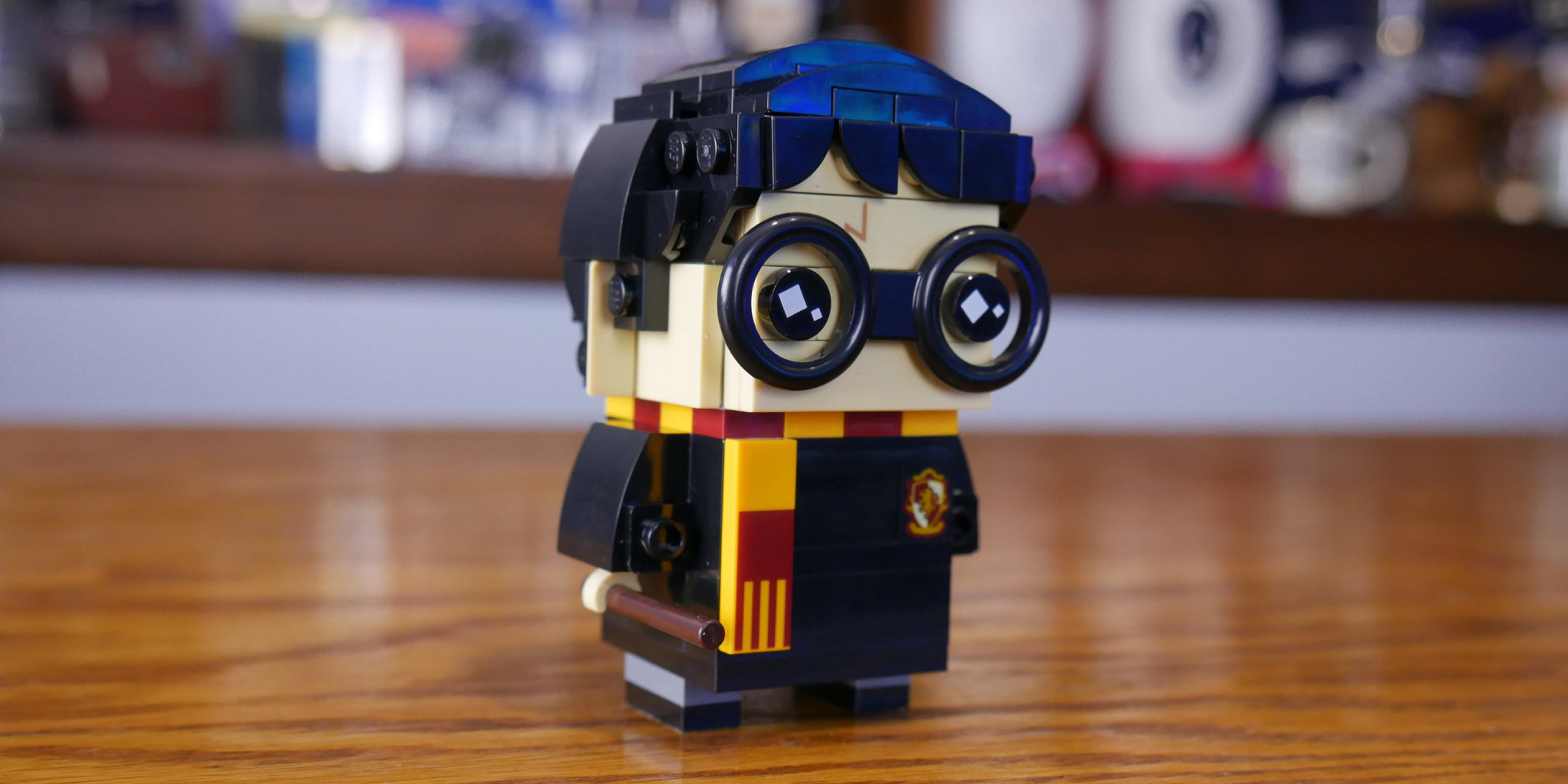 Each of the characters show off some different building techniques and sport various garb. So while many of the Harry Potter minifigures all sport the same school robes, these figures are far more unique. The new BrickHeadz still stack up to around 120 pieces each and in my opinion, are some of the best releases yet.

Across the board, LEGO has gotten much more creative with the techniques it uses to assemble its latest releases. Hairstyles are more unique, parts usage is much more clever and the included printed elements are just top-notch. 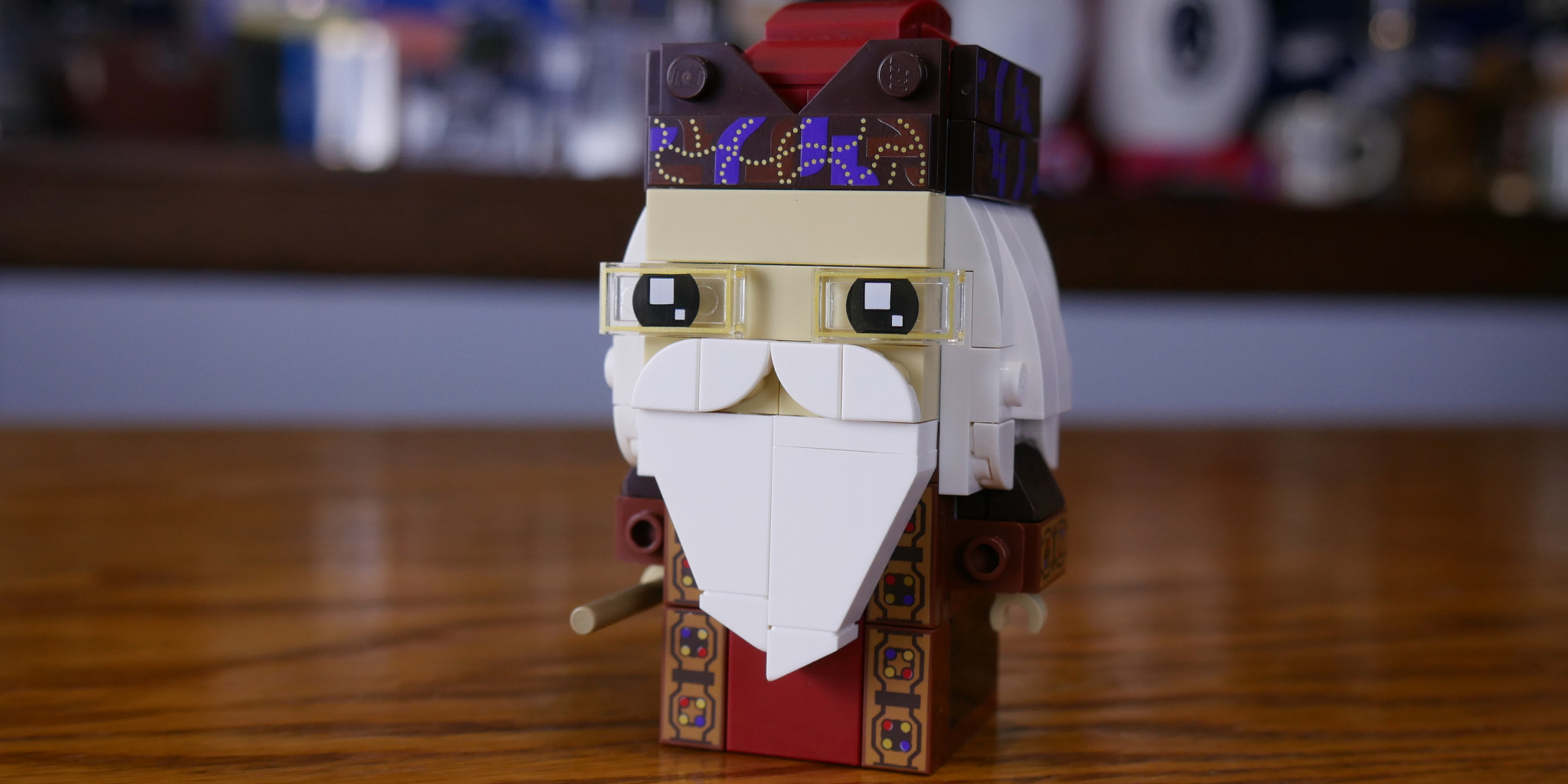 Each of the new BrickHeadz all sport some distinct features unique to their on-screen inspiration. Harry comes donning his iconic glasses alongside a longer wizard robe, scarf and Gryffindor insignia. Ron wears a similar style robe but in a different fashion to show off a new printed button-up shirt LEGO brick.

Moving over to Hermione, she has one of the more intricate hair styles of all the BrickHeadz and includes a skirt assembled from new printed elements. She also clutches a book with spells alongside her wand.

Finally Dumbledore has to be one of the more unique BrickHeadz out there with fantastic new glasses pieces and an extremely detailed robe. He is definitely the standout of the bunch in my book. 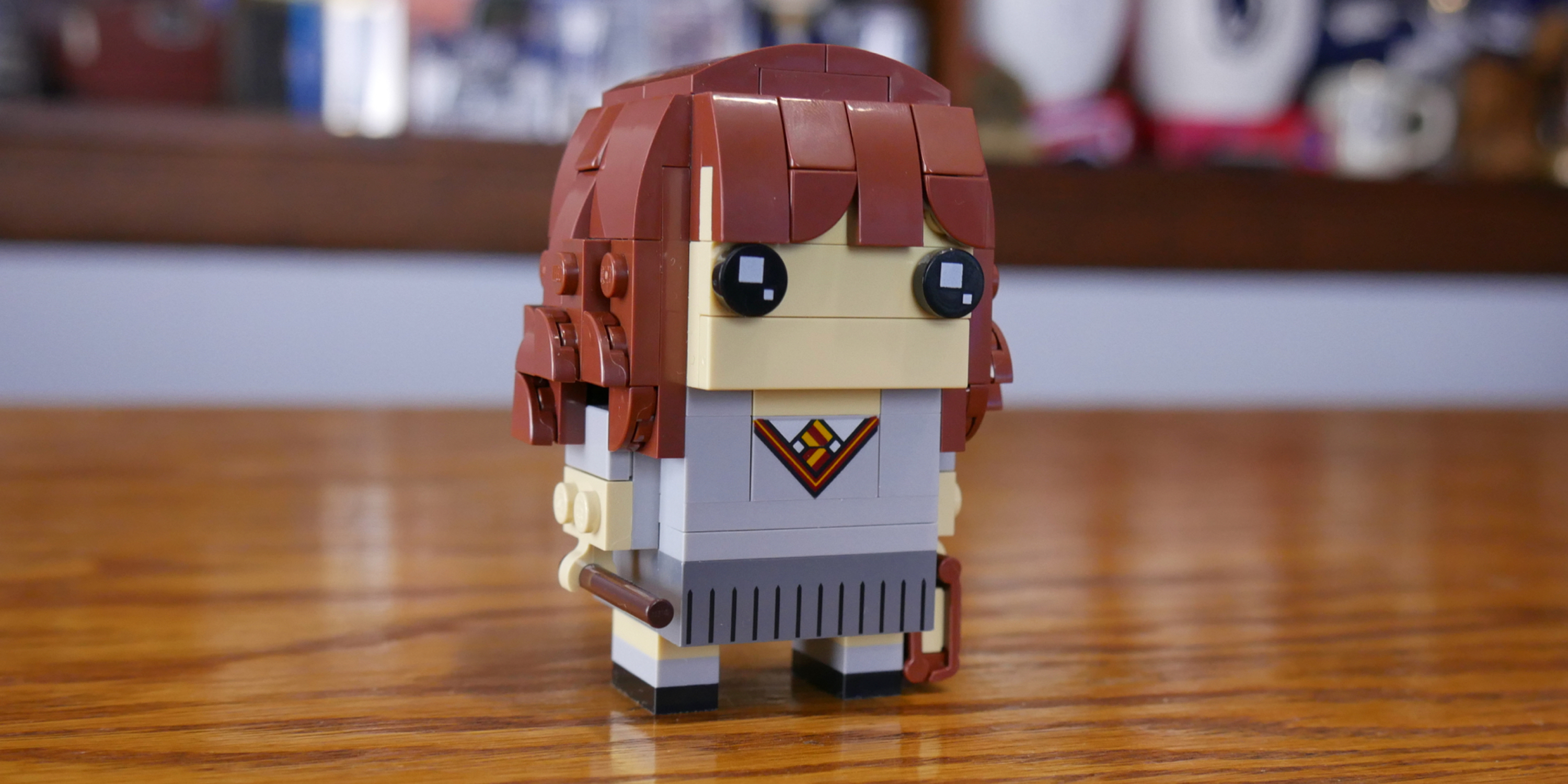 There’s also the miniature Hedwig figure. It only stacks up to about half of a normal figure, but is still pretty cool none-the-less. This is the first mini BrickHead to get released, and it’s a pretty nice addition to the Harry Potter releases.

All-in-all, the new Harry Potter BrickHeadz shine as being some of the more unique and eye-catching releases in the lineup. Starting at $10, it’s hard to go wrong with any of them, but Harry and Dumbledore are my favorites. 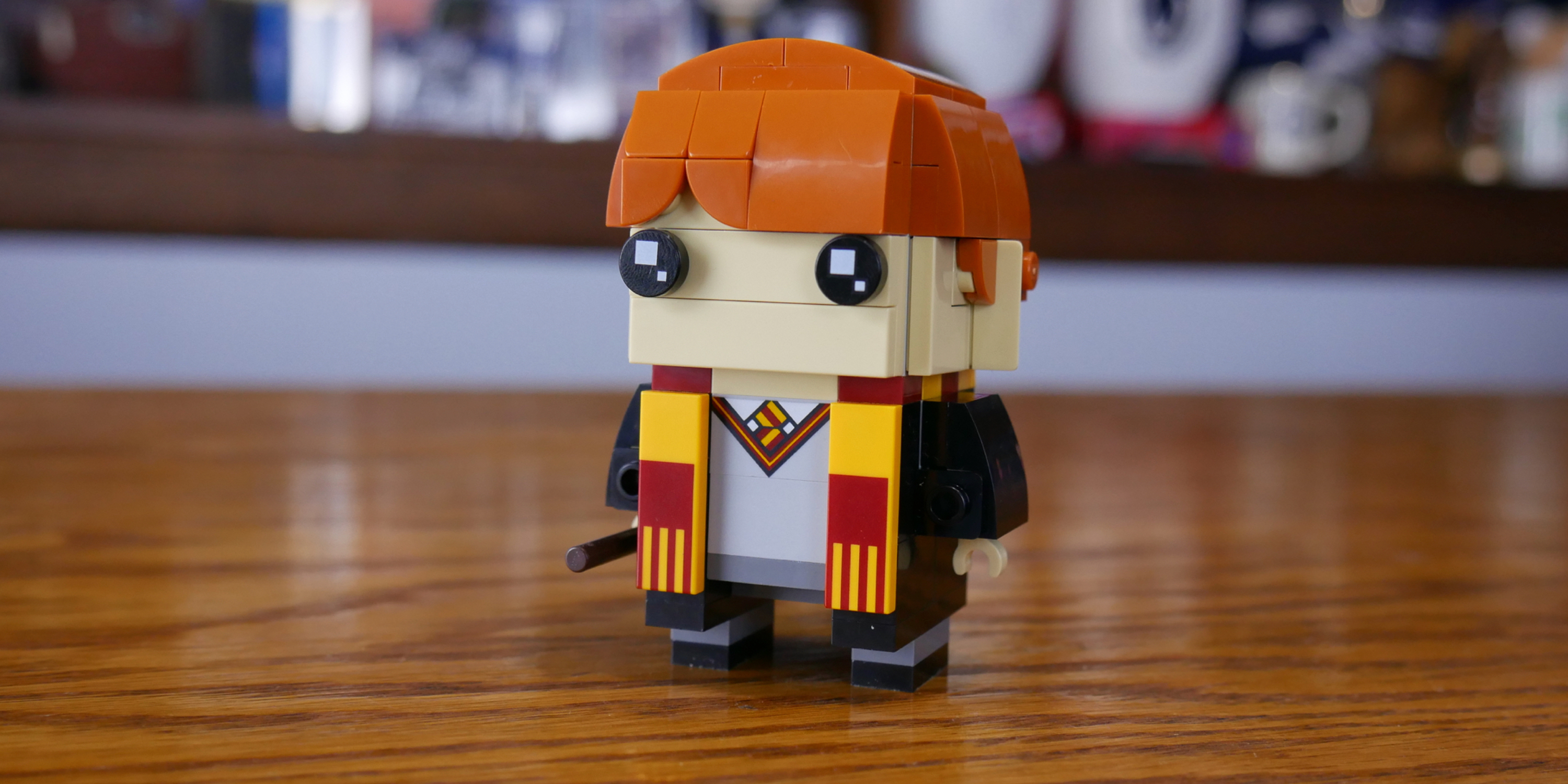 The details and printed elements make these some of the coolest BrickHeadz releases so far, which may entice those who haven’t picked up any of the brick-built figures before. So whether you’re just a LEGO fan or the biggest Potterhead out there, these are must-haves in my book.

Buy the Harry Potter and Hedwig BrickHeadz figures for $15

Buy the Ron and Dumbledore BrickHeadz figures for $20

Buy the Hermione BrickHeadz figure for $10