LEGO brings all the magic of Hogwarts Castle to a massive 6,000-piece brick-built release 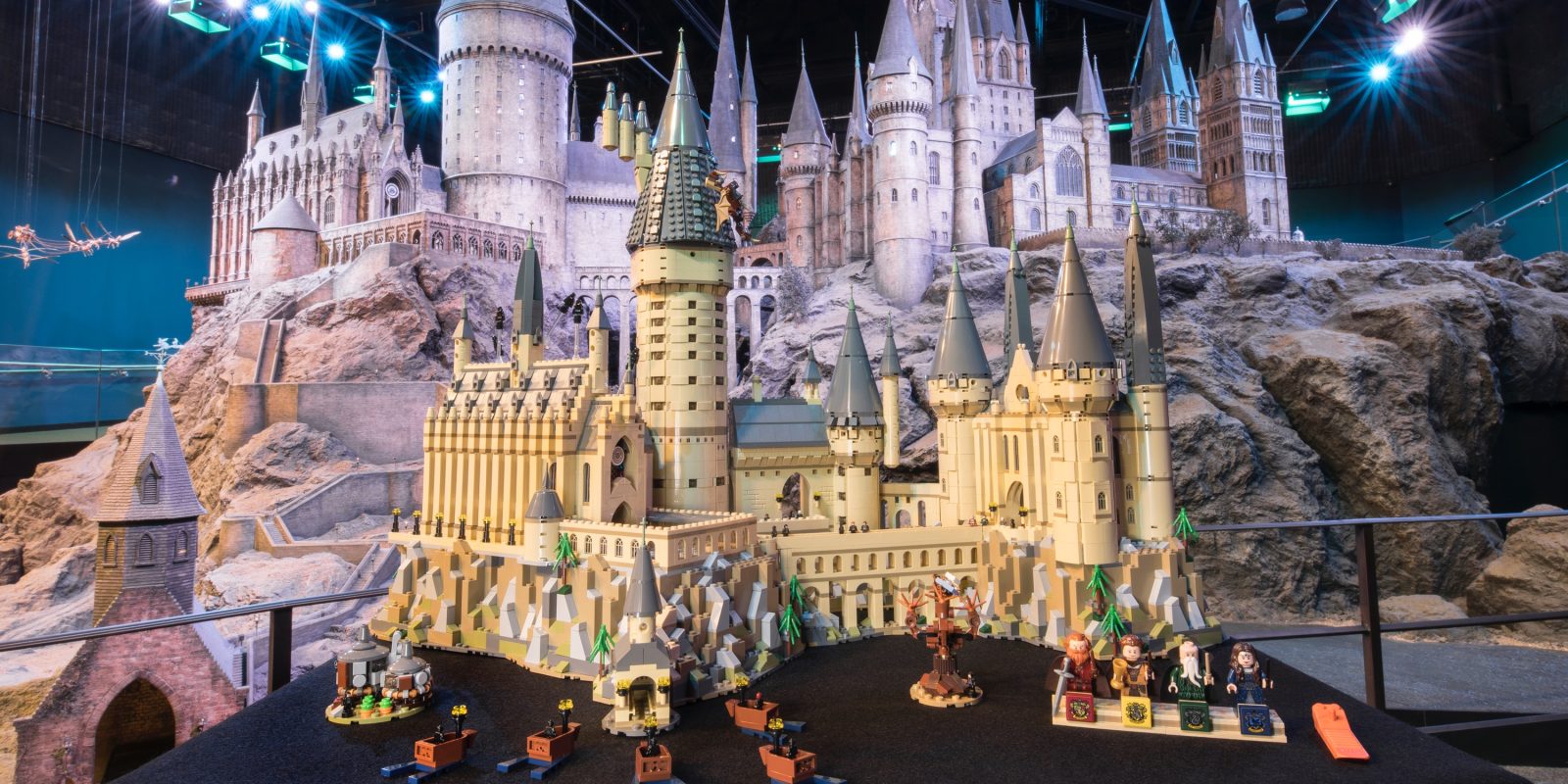 Update: The Hogwarts Castle is now available for purchase for LEGO VIP members (it’s free to sign up).

Move over UCS Millennium Falcon, there’s a new contender for the most-coveted LEGO kit in town. Today LEGO has announced the latest addition to its lineup of Harry Potter sets, the Hogwarts Castle. Comprised of over 6,000 pieces, the new model looks to be every bit as impressive and magical as its appearances on the silver screen. LEGO has packed a major amount of detail into its latest recreation, so be sure to check it out below.

Rumors have been swirling that LEGO would be kicking off its reboot of the Harry Potter line of kits with one of its largest kits to date. And while LEGO themselves remained quite on the matter, they slowly released the typical fair of mid-sized kits and minifigures throughout the first half of the year. It looks like the rumors were true though, as today LEGO has taken the wraps off of its new brick-built recreation of the iconic Hogwarts Castle.

The new LEGO Harry Potter 71043 Hogwarts Castle stacks up to one of LEGO’s largest most detailed kits, packing a massive 6,020 pieces. With last year’s UCS Millennium Falcon still holding the crown for the largest part-count of any LEGO kit, the new Hogwarts Castle isn’t far behind at second place. At over 22-inches high, 27-inches wide and 16-inches deep, its also one of the all-around largest models released. 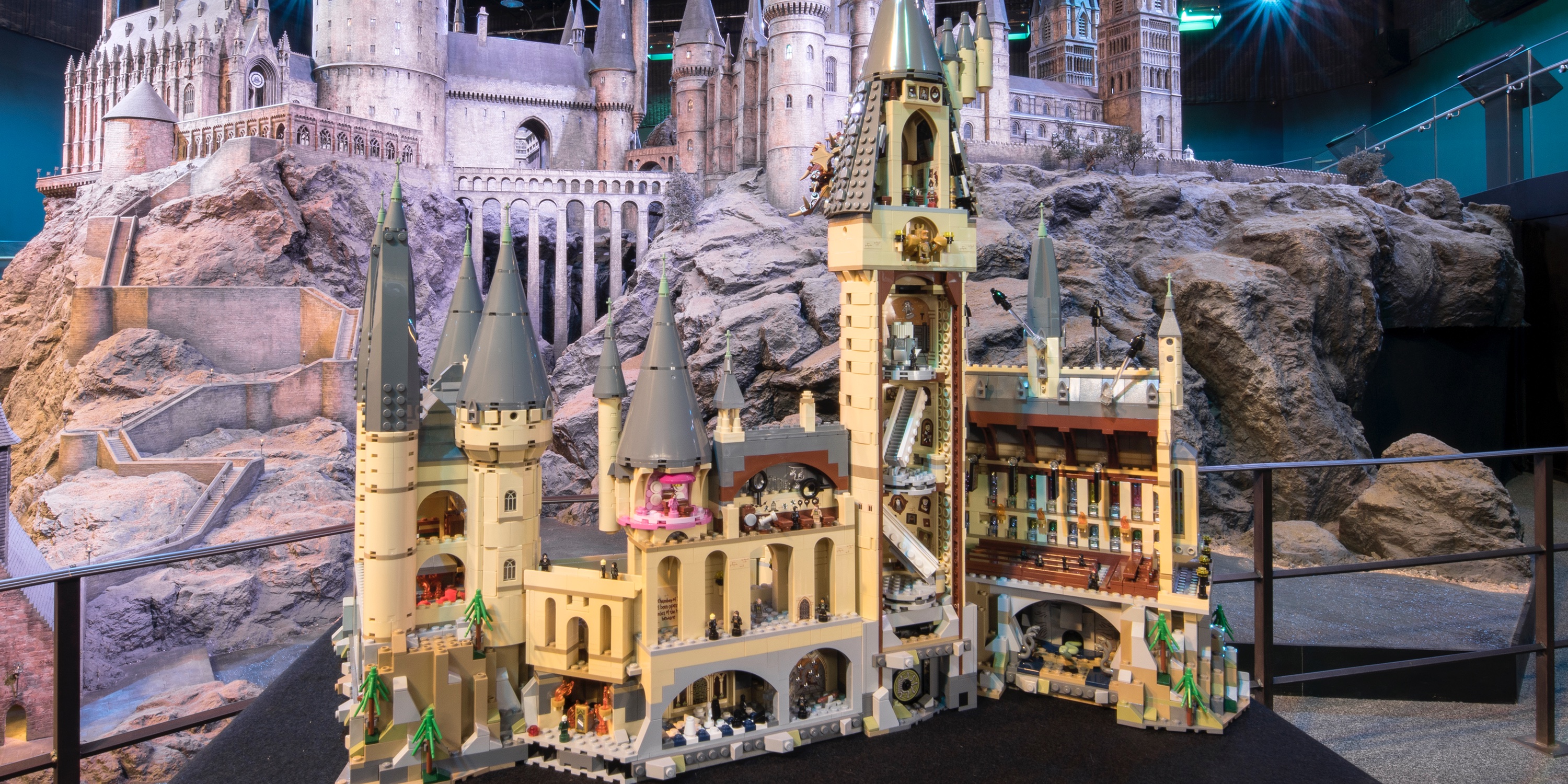 Instead of opting to create a smaller build at minifigure-scale of the most iconic location in the Wizarding World, LEGO is using its microfigure scale this time around. Many of LEGO’s Architecture sets are built at this scale and more notably, the 2015 Shield Helicarrier revolves around the miniature figures as well. But now LEGO is really taking it to the next level with its new Harry Potter-themed kit.

As such, the new release only includes four actual minifigures; Godric Gryffindor, Helga Hufflepuff, Salazar Slytherin and Rowena Ravenclaw. But don’t worry, Hogwarts will be as full of life as ever, thanks to the 27 included microfigures. LEGO has really gone all-out here, as it features new mini versions of Harry, Ron and Hermione alongside 17 other unique figures. All of these are exclusive to the new kit too. 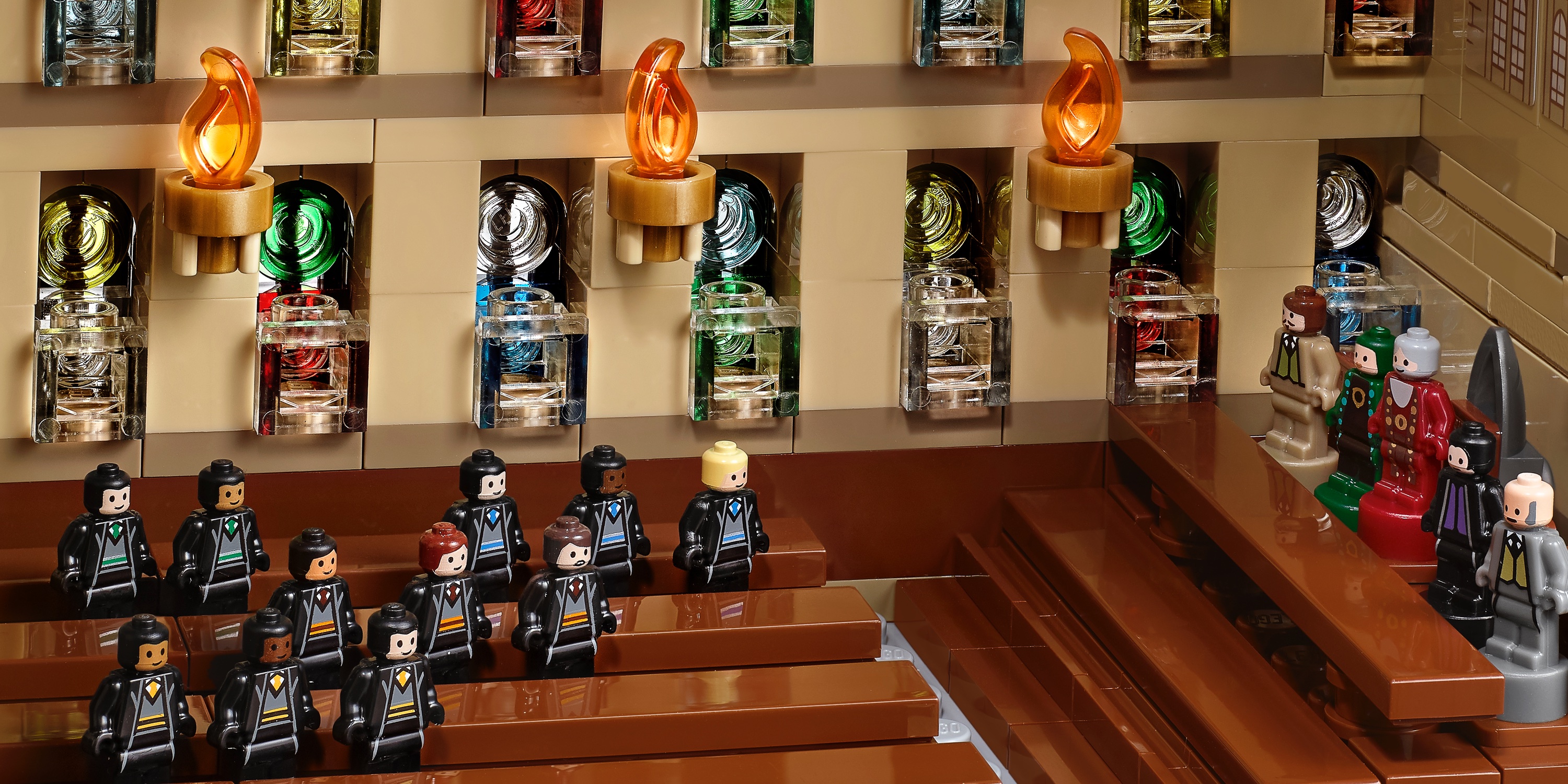 At the microfigure scale, LEGO has still unsurprisingly managed to pack a surprising amount of details into the kit. The Hogwarts Castle features iconic rooms such as the Great Hall with stained glass windows, house banners and more. The Defense Against the Dark Arts classroom, Chessboard Chamber, Room of Requirement with assortedelements, Professor Dumbledore’s office and so many other areas make an appearance in the set as well.

LEGO will be bringing its latest recreation of Hogwarts to store shelves later this year on September 1st for $399.99. So as magical as this kit looks, you won’t need to head to Diagon Alley in order to add it to your collection. With over 6,000 pieces, that’s a ridiculously low price for something so massive. Most sets clock in at around 10 bricks per dollar, with the Hogwarts Castle coming in at 15 pieces instead. The UCS Millennium Falcon was on the lower side of the golden parts-per-dollar ratio, making today’s release an unexpected and appreciated surprise. 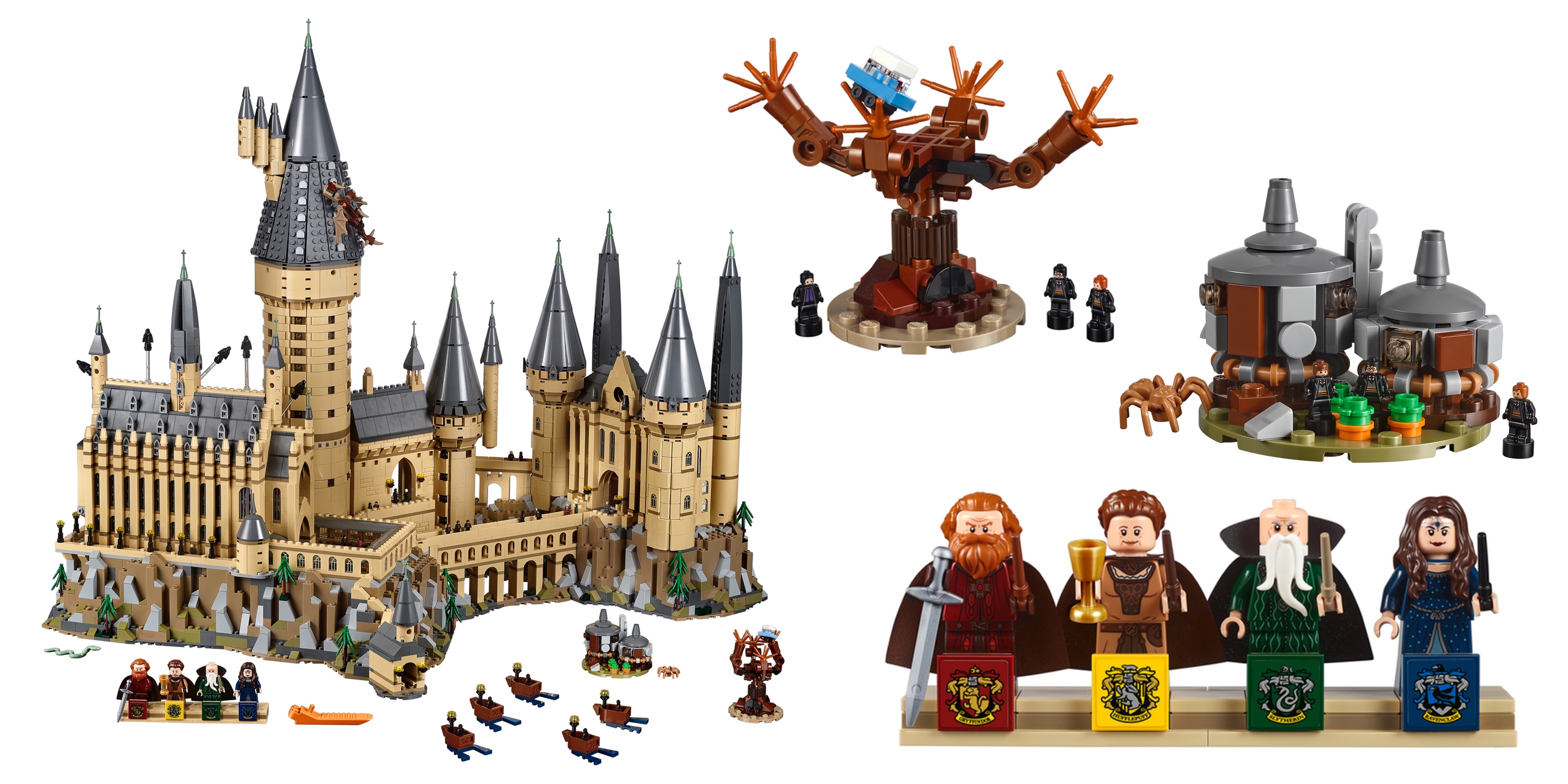 All things considered here, the new Hogwarts Castle is definitely going to be one of the year’s most-desired sets and at its lower-than-expected price, this kit is going to fly off the shelves. The new Harry Potter BrickHeadz sold out within a day of going on sale, and I’m sure we’ll be seeing a similar trend for LEGO’s newest release as well. 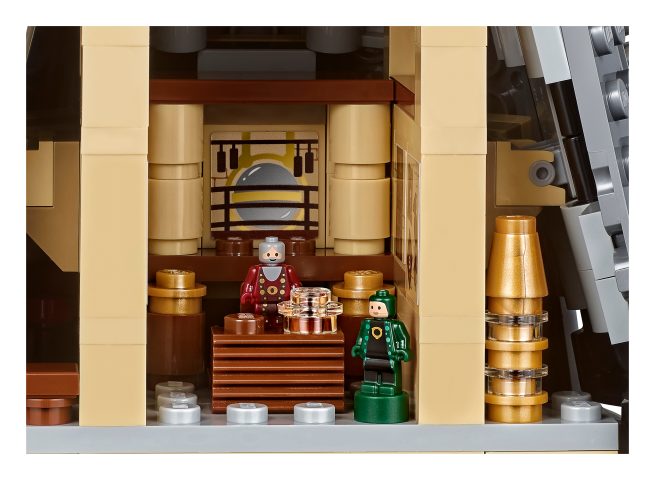 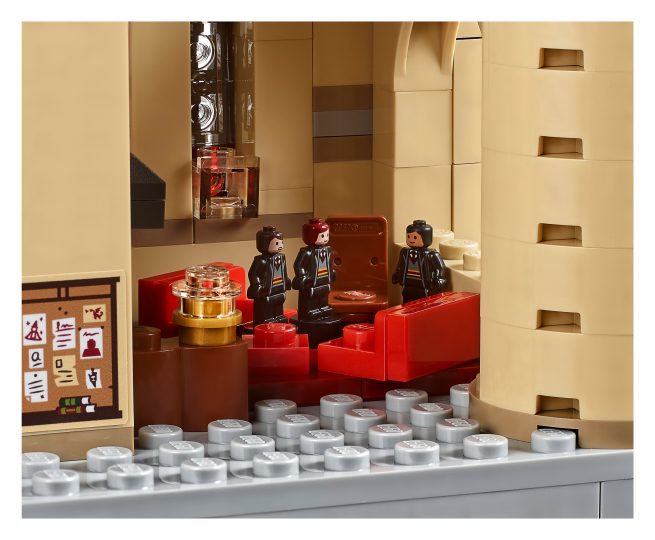 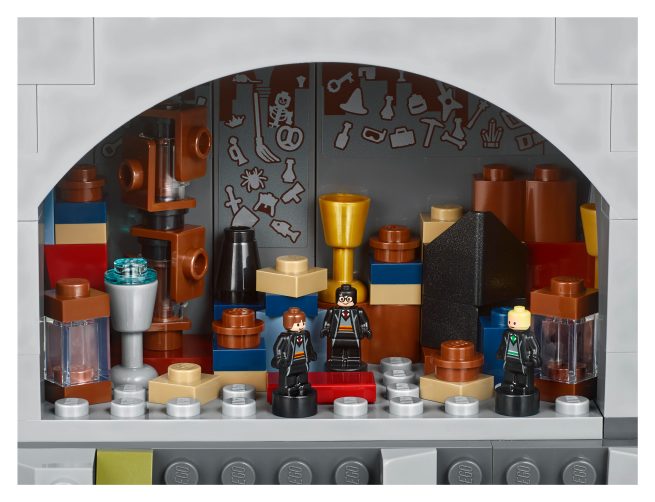 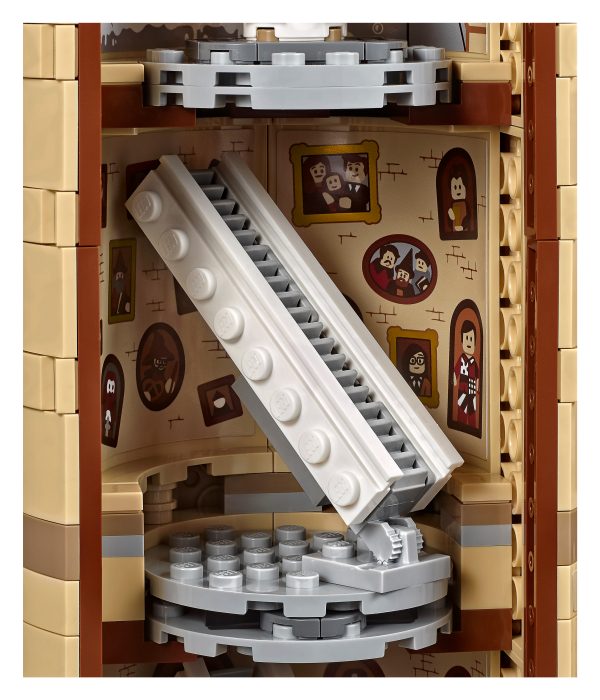 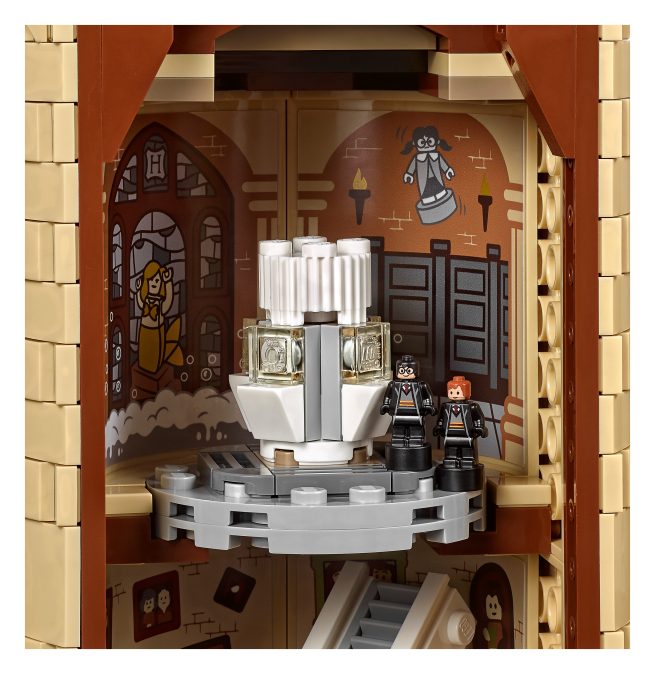 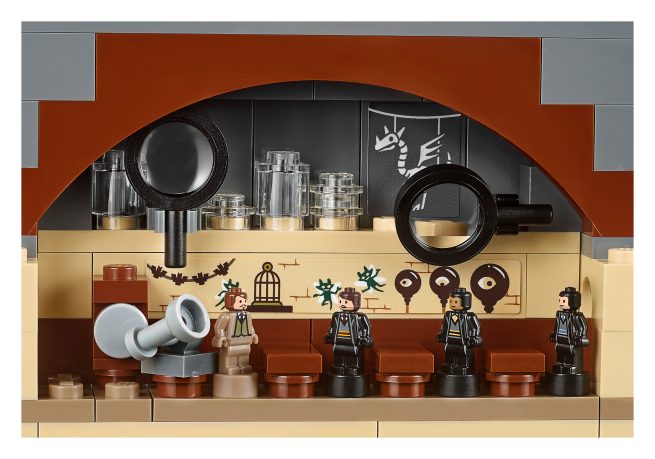 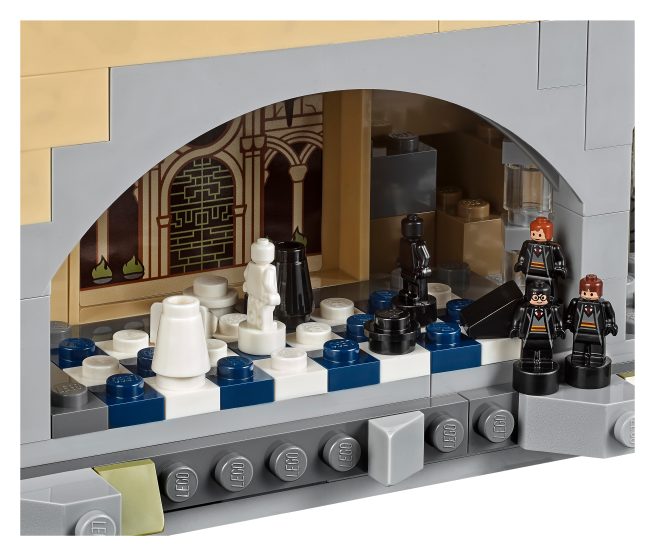 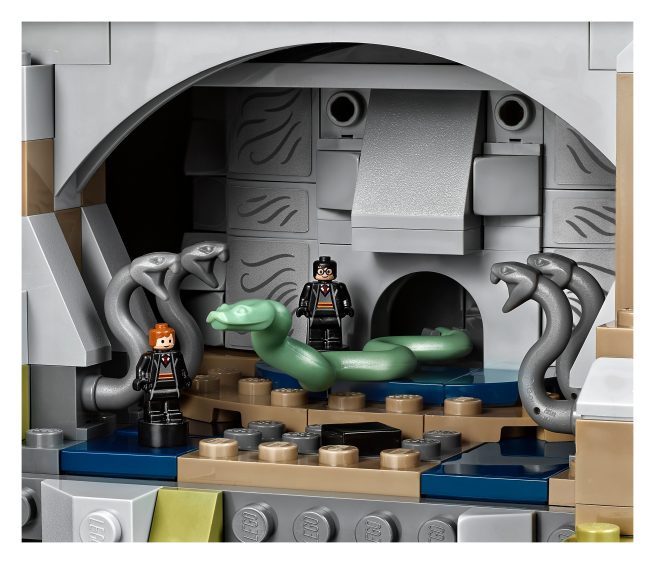 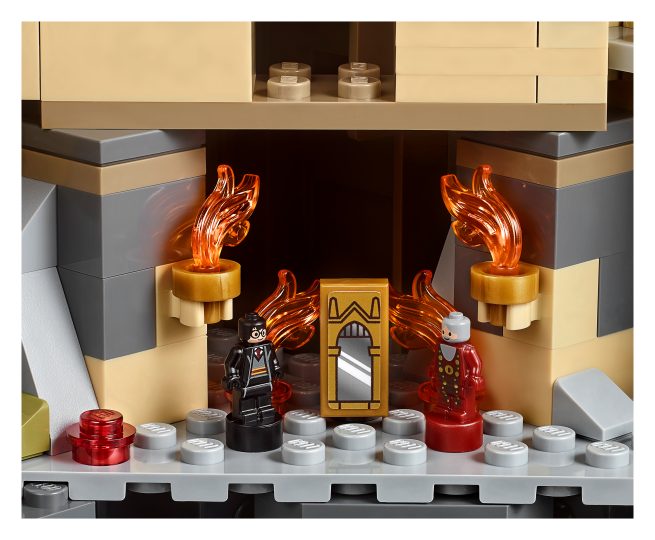 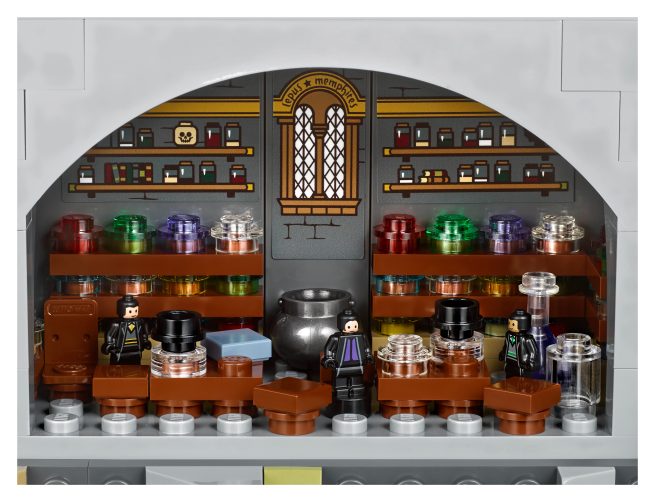 Explore the magic of Hogwarts Castle!

• The Whomping WillowTM includes the buildable blue Flying Ford Anglia car in its spinning branches. • Also includes 5 buildable boats. • Take a seat in the Great Hall and feast with the HogwartsTM professors and students! • Sneak your way into the Chamber of SecretsTM through the secret entrance and face the Basilisk!

• Attend a Defence Against the Dark Arts class to learn how to protect yourself from dark magic!

• Study for your Ordinary Wizarding Level exams in the library.