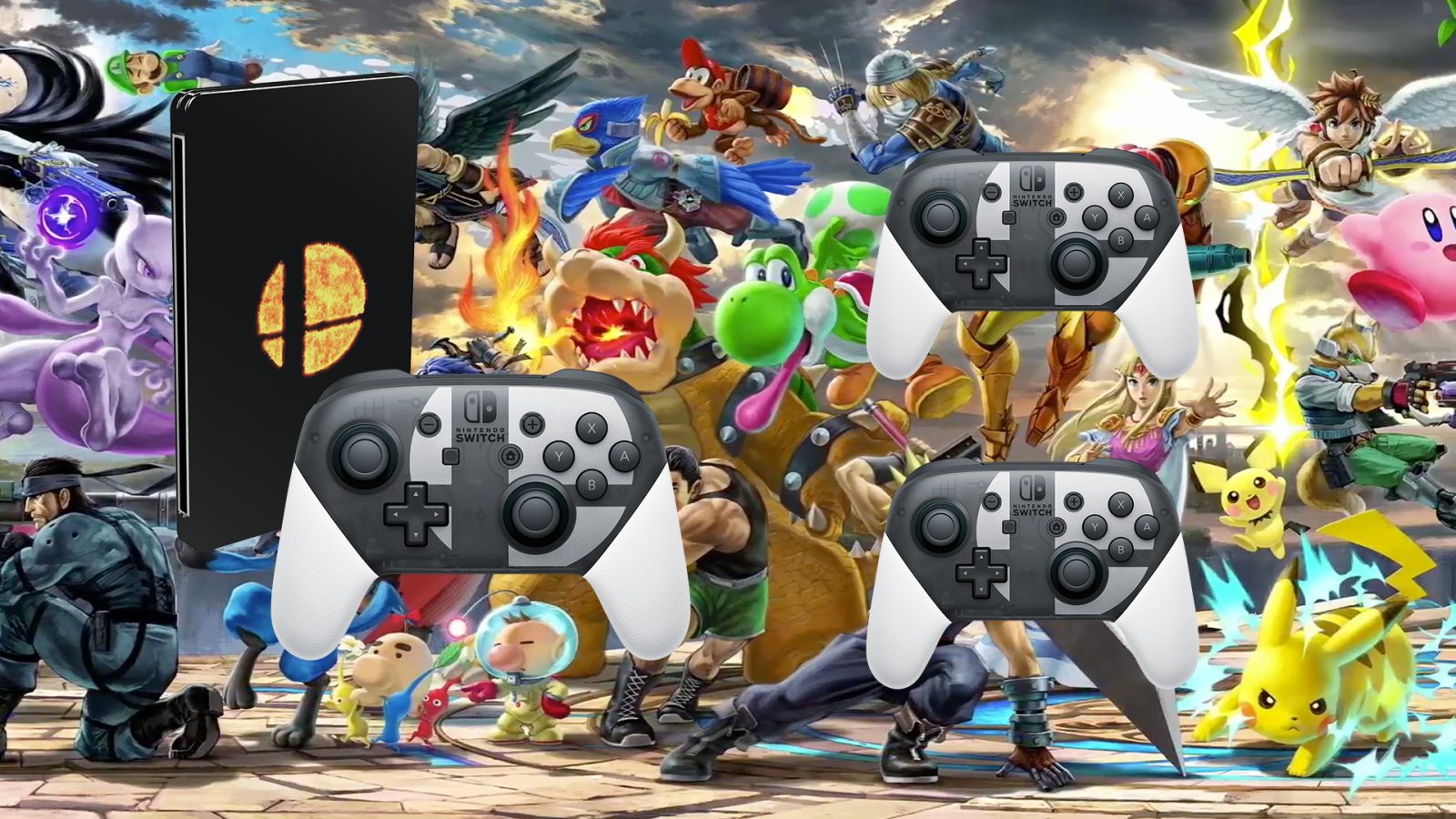 While the big time first-party release schedule for Switch has started to slow down a little bit over the last few months, clearly this will be the year of Super Smash Bros. Ultimate. The massive new Switch version of the storied franchise is set to bring back every playable character from the franchise’s past, along with a host of new fighters and much more. Ever since E3 2018, hype for Nintendo’s upcoming mascot brawler has continued to skyrocket, and it’s about to get even more interesting with the new Super Smash Bros. Ultimate Pro Controller bundle.

Nintendo has done a great job dropping extra bits of information and new products related to its big holiday 2018 release ever since the major reveal earlier this summer. We heard all about new characters this month during a Nintendo Direct event just ahead of the first Super Smash Bros. Ultimate Gamecube controller bundle. While it appears that bundle is set for release in Europe initially, it looks like today’s Pro Controller option will become available stateside later this year.

I guess it was only a matter of time before Nintendo released a special edition Super Smash Bros. Ultimate controller, and now it’s here. Not much is known regarding the new controller outside of the fact that it will be available in a bundle with the game and on it’s own. The bundle version will include the game’s previously unveiled Steelbook cover.

While the controller itself doesn’t appear to be much different from the standard Switch Pro Controller, it does feature a large white Smash logo and grips. I wouldn’t say it’s ugly or anything, but it also doesn’t really catch my eye or tie in with the aesthetics of the game all that much. However, unless you’re a hardcore Gamecube Smash player, these Pro gamepads are the best option as far as I’m concerned for playing SMash. We still don’t know what the price will be in comparison to the $63 standard version Switch Pro Controller, which will effectively offer you the exact same thing without the plain white stylings of the special edition.

Both the Super Smash Bros. Ultimate Controller Bundle and the gamepad on its own are set for release on December 7th, 2018, the same day the game releases. Retailer pre-order details will be available from Nintendo right here soon.

Speaking of which (and speaking of games that likely won’t go on sale for a long while), today is the very last for Amazon Prime members to pre-order games at 20% off. That drops the price from $60 to $47.99 and ensures you’re playing on day one (or that in arrives in time for Christmas gifts).