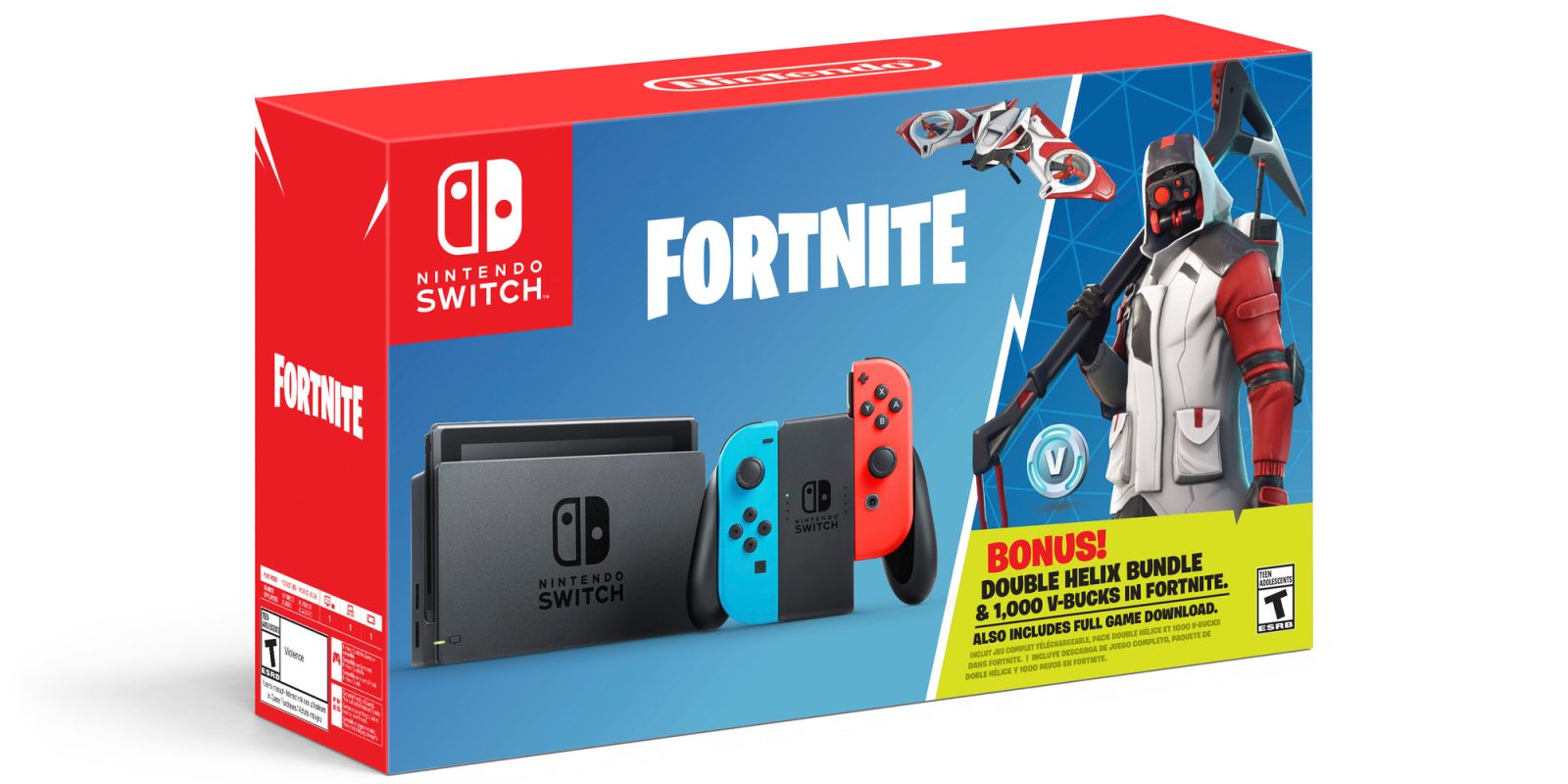 With the holiday season right around the corner, Nintendo is gearing up to sell as many Switch consoles as possible. From endlessly teasing Super Smash Bros. Ultimate and showcasing several new themed consoles to announcing Animal Crossing and more, the company is building up the hype to excite fans. Now Nintendo is changing things up with its latest reveal in an attempt to appeal to a different type of gamer.

Today the company announced its latest console bundle, which throws the Switch onto the Battle Bus. That’s right, a limited edition Fortnite bundle is on the way. See what kind of loot is included by heading below.

Back at E3, Nintendo announced that the hit free game Fortnite would finally be coming to its hybrid console. Fans rejoiced, grabbed their pickaxes and quickly began opening chests, collecting loot and earning V-Bucks. Now a few months after first coming to the console, we’re getting a look at a new Switch package.

Deemed the Double Helix Bundle, a variety of in-game items and perks join the Nintendo Switch. The system itself is paired with Nintendo’s iconic red and blue Joy-Cons. Unfortunately you won’t find any new graphics or logos, unlike the Pokémon and Smash Bros. bundles. 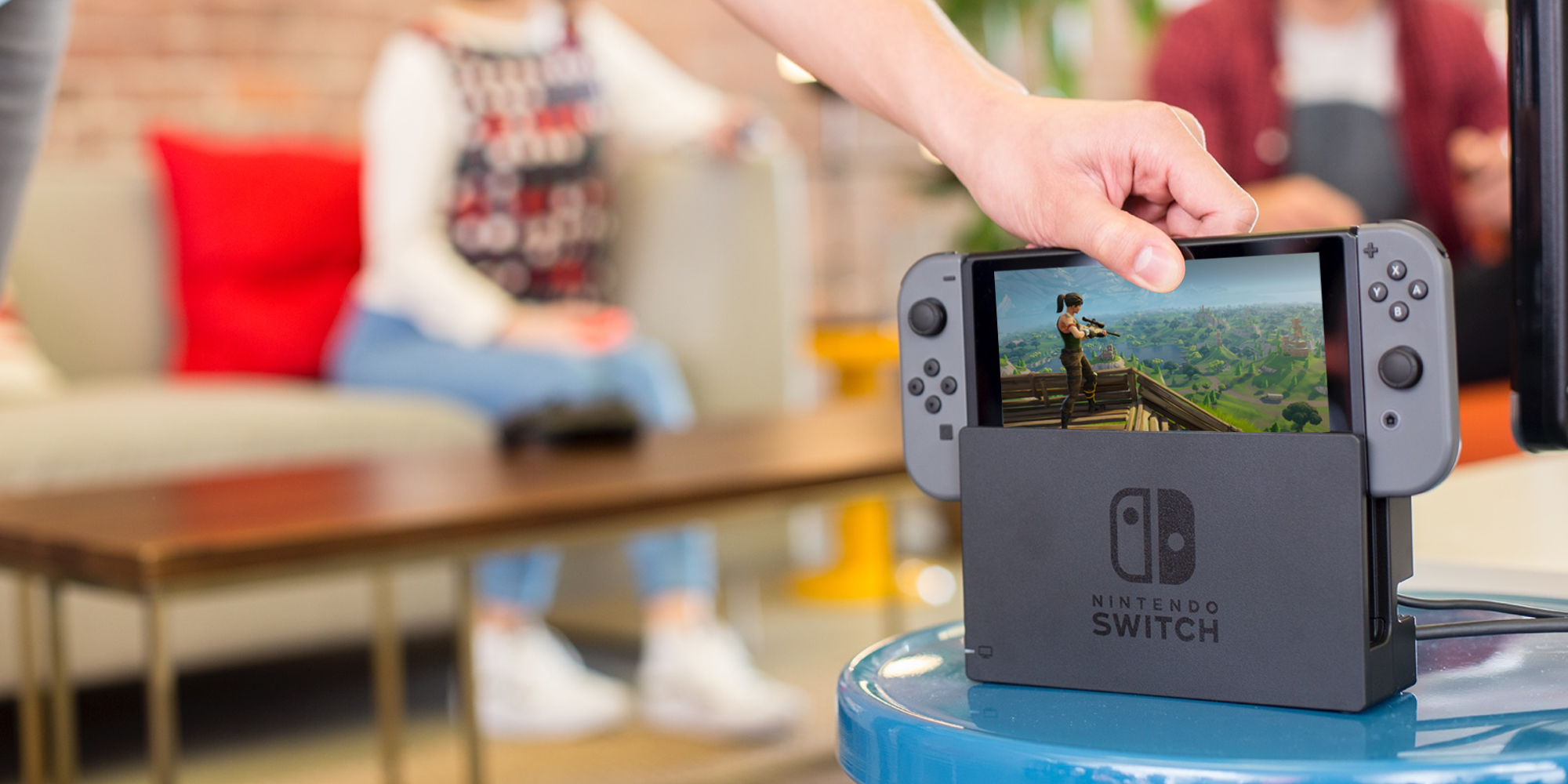 Of course the big draw for this bundle is all of the included Fornite digital currency and content. The Double Helix item set is the big standout, although there’s also $1,000 V-Bucks included. A full set of items comprise the exclusive set like an all-new skin, back bling, and a slick futuristic glider. A themed pickaxe rounds out the set. Picking up this bundle will be the only way to score the skin, especially considering how Fornite has been in the past with hard-to-get items.

Available next month on October 5th, the new bundle will retail for $299.99. The fact that Fortnite is a free download makes this bundle an interesting release. It fetches the usual list price for the console alone and doesn’t feature any new graphics or colorways. Nintendo’s bet here is deftinely that the exclusive items and V-Bucks will help drive sales, and in turn bring in new console owners. 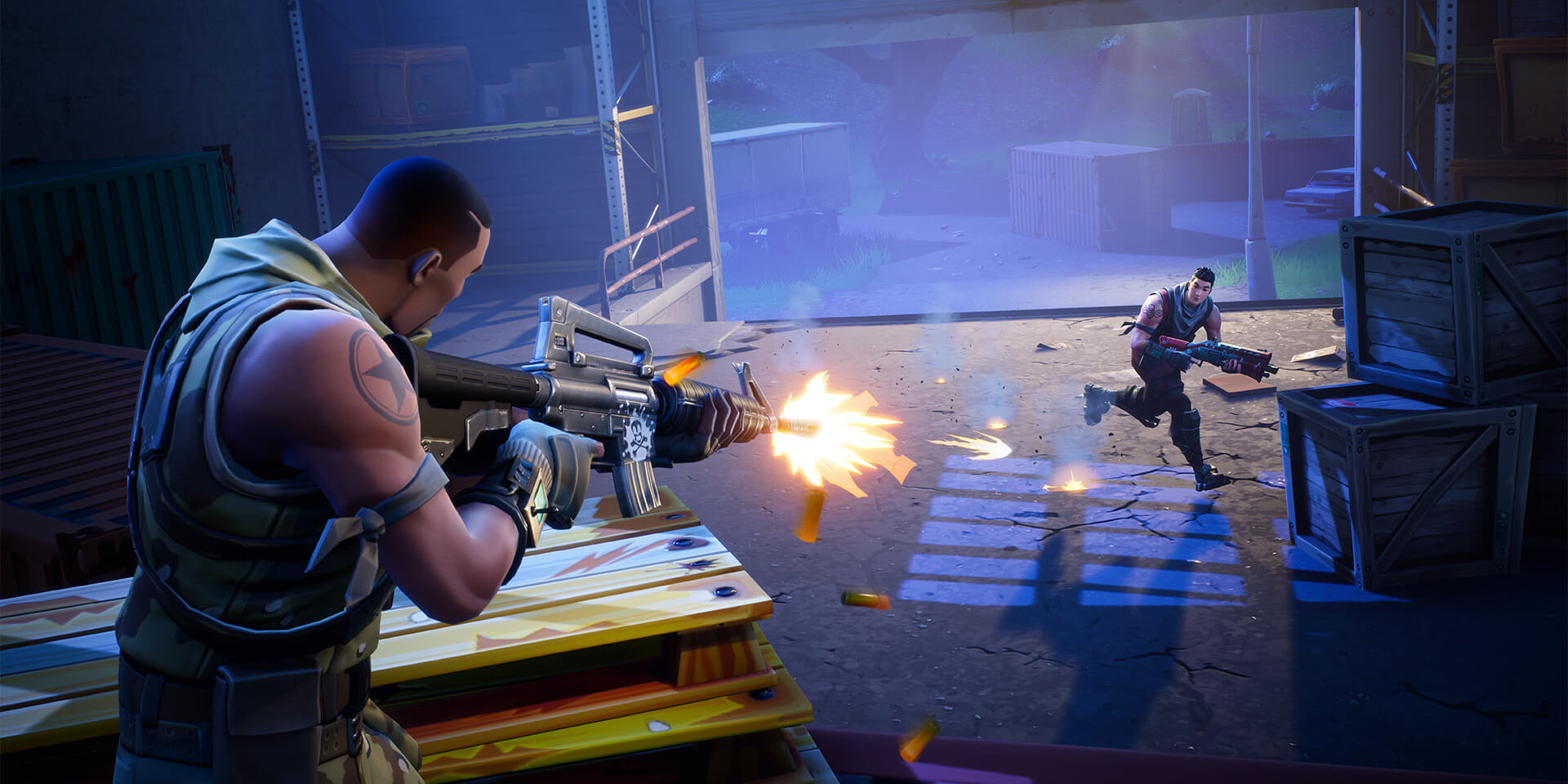 Given that just about all of Nintendo’s big franchises have upcoming or already released titles, the Switch is as appealing as ever. There aren’t many reasons to be a hold out at this point, but focusing on something as popular as Fortnite is definitely a smart move by Nintendo. With all the upcoming games, getting a Switch in as many gamers hands as possible is a pretty easy task. And with all the love for the most-profitable free game of all-time, it just got a little easier.

REDMOND, Wash.–(BUSINESS WIRE)–Fans of the hit free-to-play game Fortnite who are looking to play the game anytime and anywhere are in for a treat. On Oct. 5, a new Nintendo Switch bundle featuring special items from the game rockets into stores at a suggested retail price of $299.99. The Nintendo Switch: Fortnite – Double Helix Bundle includes a Nintendo Switch system, 1,000 V-bucks (in-game Fortnite currency) and the Double Helix Set, consisting of a unique Character Outfit, Back Bling, Glider and Pickaxe. The included V-Bucks can be used to purchase a Battle Pass, which unlocks additional in-game content, or can be used to purchase other in-game items.

In Fortnite on Nintendo Switch, jump in to be the last one standing in a high-stakes game of 100-player Battle Royale. Build huge forts. Outwit your opponents. Earn your Victory Royale. Squad up together online with friends in the same room or around the world. Regular updates to the game add fresh gameplay modes, outfits, weapons and items to Fortnite, such as the upcoming Season 6 content.