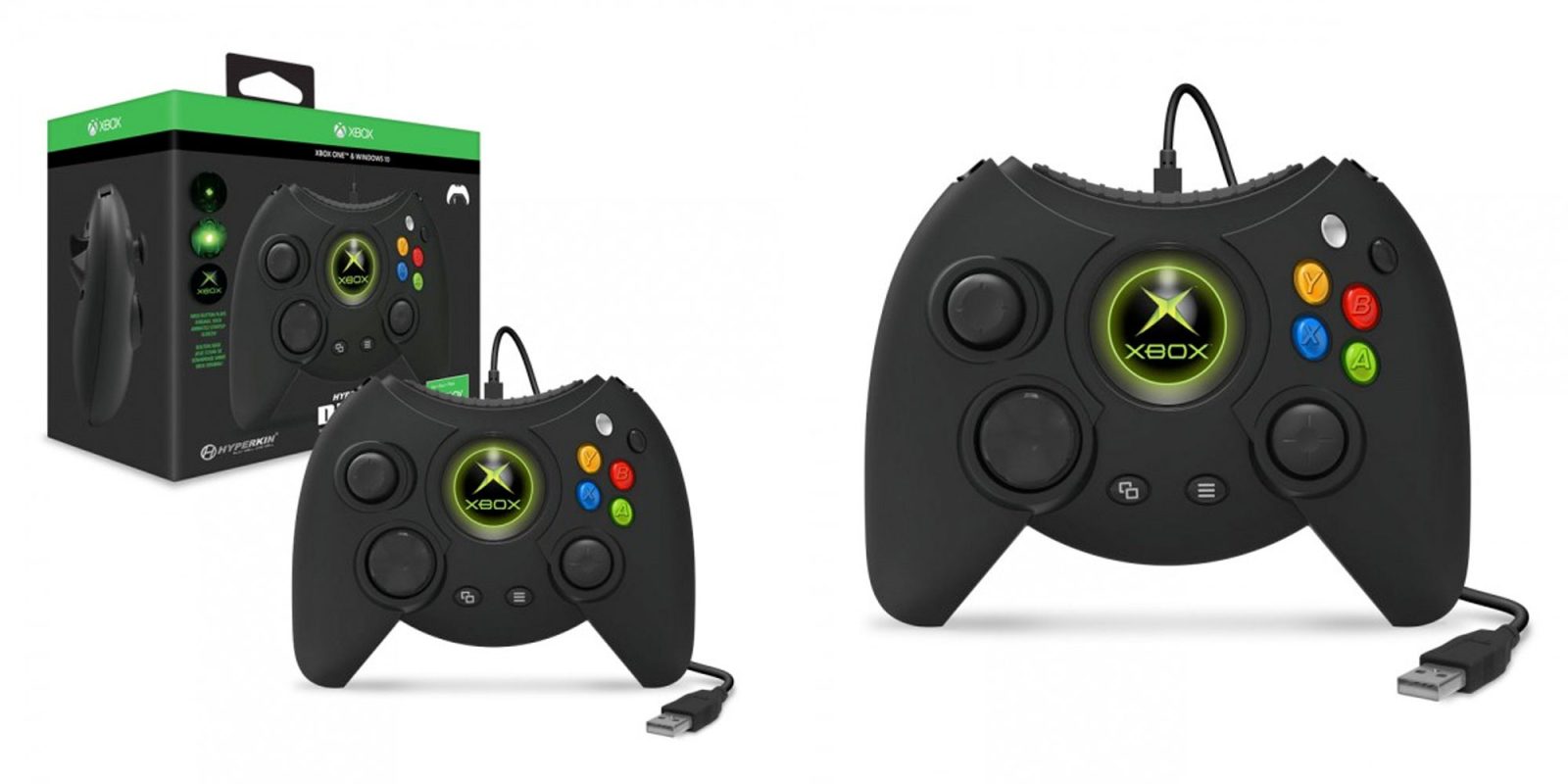 Last year we reported on the possibility of Microsoft partnering with Hyperkin to launch the Xbox’s iconic Duke controller for Xbox One and PC. Well, the massive controller is finally available at both Microsoft and Amazon, but is it something you should pick up? As an avid nostalgic gamer, I’d say absolutely.

At $70, the Hyperkin Duke Xbox One/PC Controller is on the higher-end of Microsoft’s controller pricing. The only offering from the company that fetches more is the high-end Elite Controller, which offers extra features over the normal models.

Hyperkin’s Duke is a normal Xbox One controller with the original styling. You have the white/black buttons at the top, but added bumpers like normal controllers have.

The center button which triggers the “home” function on your Xbox, is actually a display and will simulate the original Xbox boot animation. I could sit here for hours just pressing this button and watching the nostalgic animation.

The main drawback here is the $70 price tag, in my opinion. You can get wired Xbox One controller for around $25 on Amazon, and wireless for around $45. There is no wireless option for the Hyperkin Duke, but the company does include a fairly long cable so you should be fine for couch or desk gaming sessions alike.

You can pre-order the controller for $69.99 on Amazon for delivery on October 2nd, or for those who are impatient (like me), Microsoft has them in stock for delivery much sooner at the same price (and even offers in-store pickup).

$70
You’re reading 9to5Toys — experts digging up all the latest technology and lifestyle deals, day after day. Be sure to check out our homepage for all the latest news, and follow 9to5Toys on Twitter, Facebook, and LinkedIn to stay in the loop. Don’t know where to start? Check out the best Apple deals, our daily podcast, and subscribe to our YouTube channel