From a revamped multiplayer to a brand-new Zombies storyline and the new Blackout game mode, Call of Duty: Black Ops 4 will be on most gamers wishlists this holiday season.

Now, this review will be a little lengthy. If you want to jump straight to a section, click below.

I’ve been waiting for this game ever since its announcement. From the new Blackout game mode (more on that later) to the revamped multiplayer, everything had me excited.

I played Call of Duty: WWII for more hours than I’d care to admit, on both Xbox One and PlayStation 4. It was a great game, and I thoroughly enjoyed it. Going back in time to World War II was a fantastic experience, but one that I’m glad Call of Duty only stuck with for a year.

This mode is where I spend the majority of my time. I’ve always been a multiplayer fan, and it’s what I generally stick to as I know it best.

The multiplayer system here takes some key notes from the previous Call of Duty games and adds some fun new ones. Specialists are back, but none are locked out with levels, and each Specialist doesn’t have its own level system. You have full access to all abilities from level one. 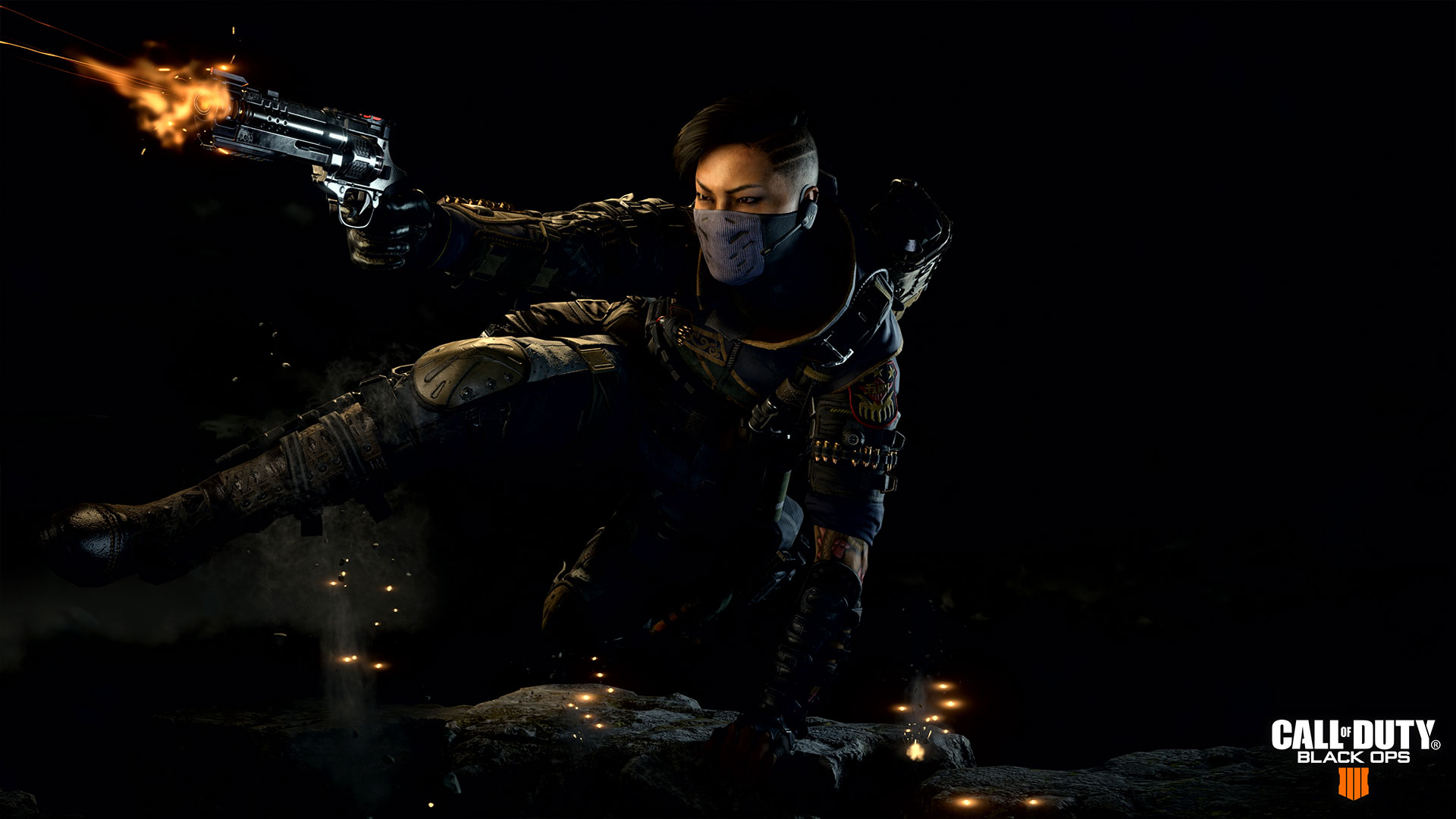 This is great, in my opinion, as it gives everyone an even playfield. Though guns and attachments are locked behind levels, everyone can use the same Specialist (unless it’s already taken).

The guns are also another great area for me. You start out with a nice assortment, and shotguns are back as secondaries instead of primaries. Though shotguns are kinda nerfed right now, they’re great for modes like Hardcore or when doing close-quarters combat. 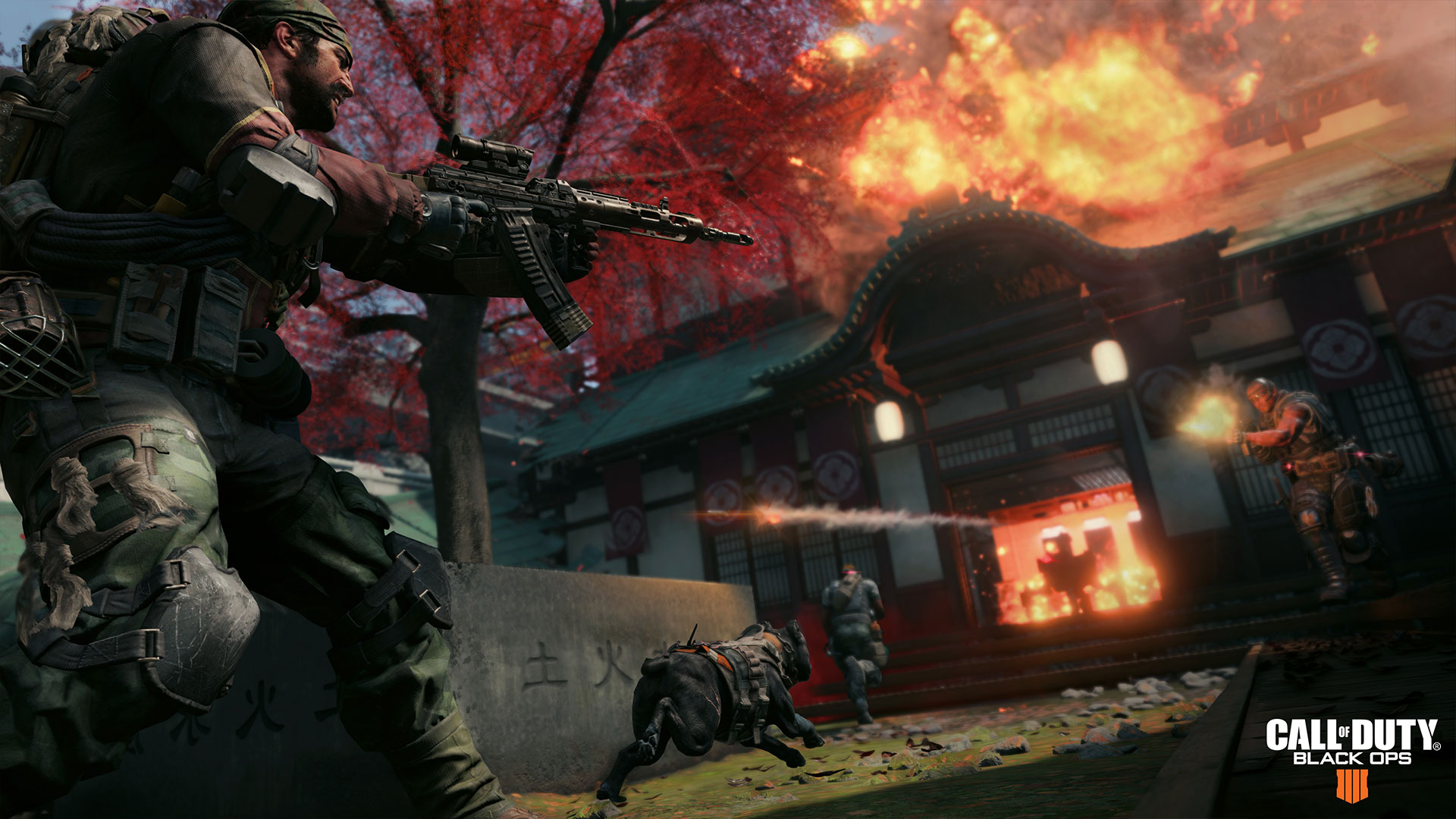 Call of Duty: Black Ops 4 also brings back the Pick Ten System. This allows you to have 10 items in each class of varying mixes. This is a love/hate relationship for me. It’s nice because I can add more than just two attachments to a weapon, but it also means that I’ll have to decide what other items I want to sacrifice for that. It does keep the playing field level, however, as no one can use more than 10 items in each class.

Zombies has received a lot of work in the latest Call of Duty. Though I’ve not gone through every mode yet, I have really been enjoying the new Voyage of Despair map. The new Rush mode is also great, though quite a bit different from what we’re used to when it comes to Zombies.

There’s Voyage of Despair, which brings you back to 1912 on the Titanic. You’ll join three heroes, Scarlett, Diego, Stanton, and Bruno as they fight their way through the Titanic’s corridors after its impact with the iceberg. 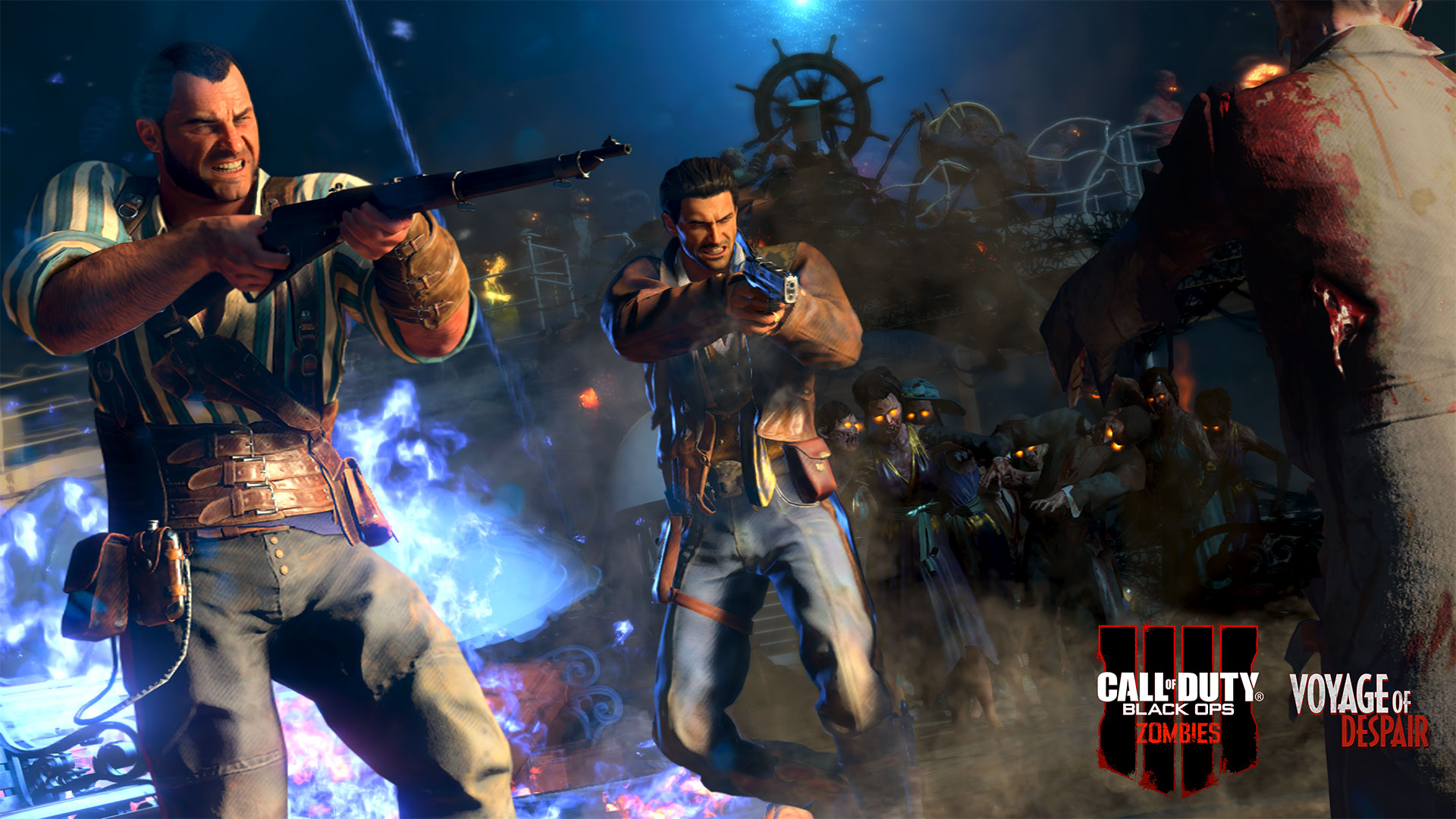 IX brings you all the way back to ancient Rome and is bound to bring loads of fun. You’ll join the same travelers on this adventure, as you take on zombie gladiators. This gory adventure will be one to remember for years to come.

There’s also Blood of the Dead mode, which is a return of a fan-favorite. You’ll join Richtofen, Dempsey, Take, and Nikolai on their mission to “secure a better tomorrow” as you re-live the iconic Mod of the Dead map from Call of Duty: Black Ops 2.

Special Weapons and Create a Class

There are four main special weapons in Call of Duty: Black Ops 4 Zombies. The Scepter of Ra burns foes and heals allies when you shoot its focused beam at enemies. It can also help when reviving allies, making it a great power up. The Hammer of Valhalla will send zombies flying across the map. This power-up will also give protective armor that will regrow with each strike and is even applied to nearby allies. 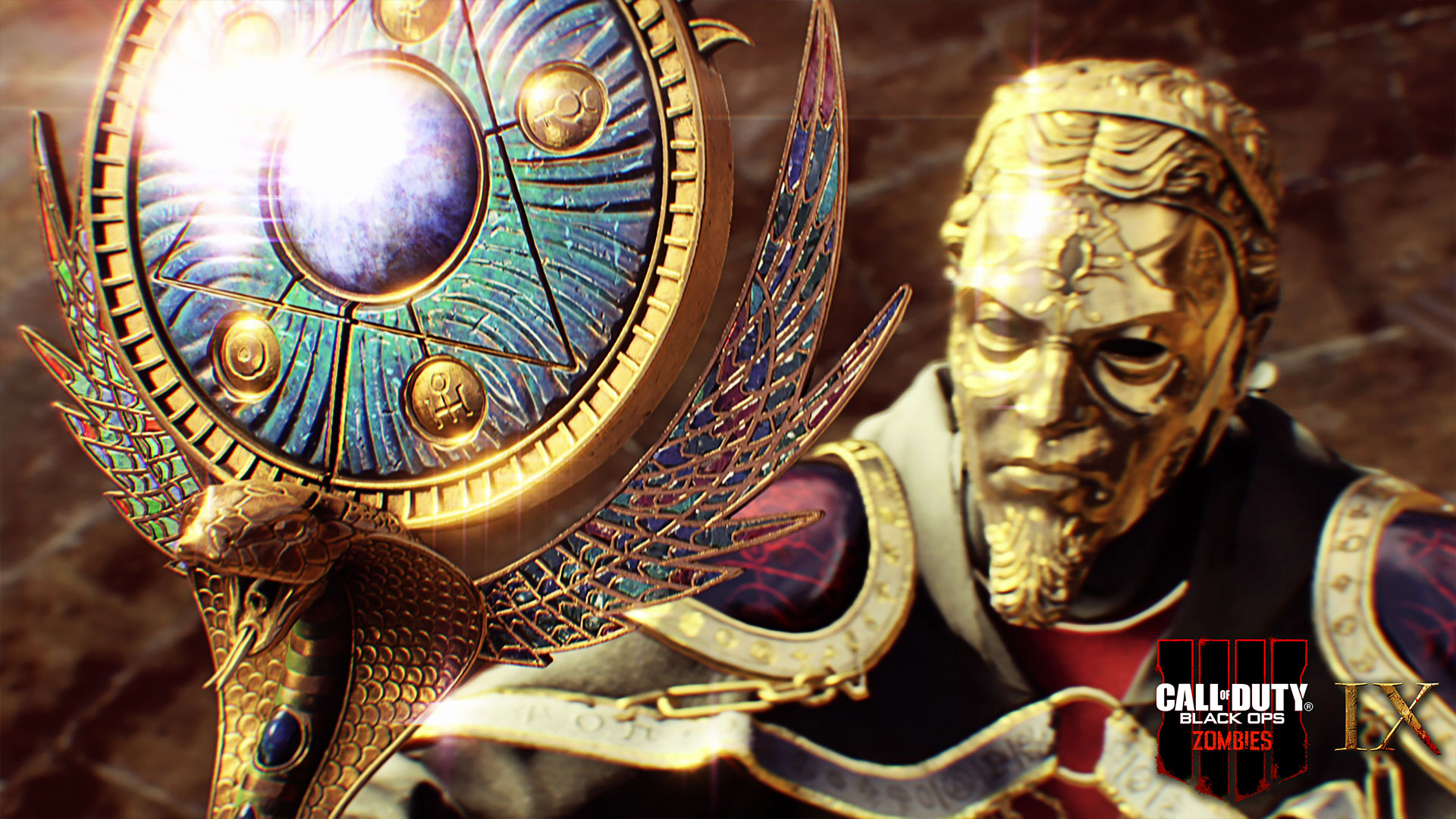 The Chakram of Vengeance will automatically ricochet toward other emeries when thrown, making it great for mobs of zombies. Lastly, there’s the Viper and Dragon. This will shoot fiery mid-range blasts with one hand and let you take swipes with an extendable sword that acts like a bladed whip.

The “biggest Zombies offering ever”

This is the “biggest Zombies offering ever” according to Call of Duty. With three full undead adventures at launch, and what we can only assume will be more to come later, Zombies has more than enough experiences to keep us occupied for now.

The best Battle Royale yet

Battle Royale isn’t new. You’ve got PUBG and Fortnite which both came before Blackout, but both of which weren’t my favorite games. PUBG was good, but lived in a constant beta state and wasn’t always available on all platforms. There’s also Fortnite, which has been available just about everywhere (including on your phone and Switch). Fortnite was great, but I was never that great at the building mechanic. Give me a gun, let me shoot, and call it a day.

Blackout brings the best of the two games together, in my opinion. Though there isn’t a ton from Fortnite, you can tell that the polish of the game is there. And it’s more of a run-and-gun shooter like PUBG, though Call of Duty added some unique twists. 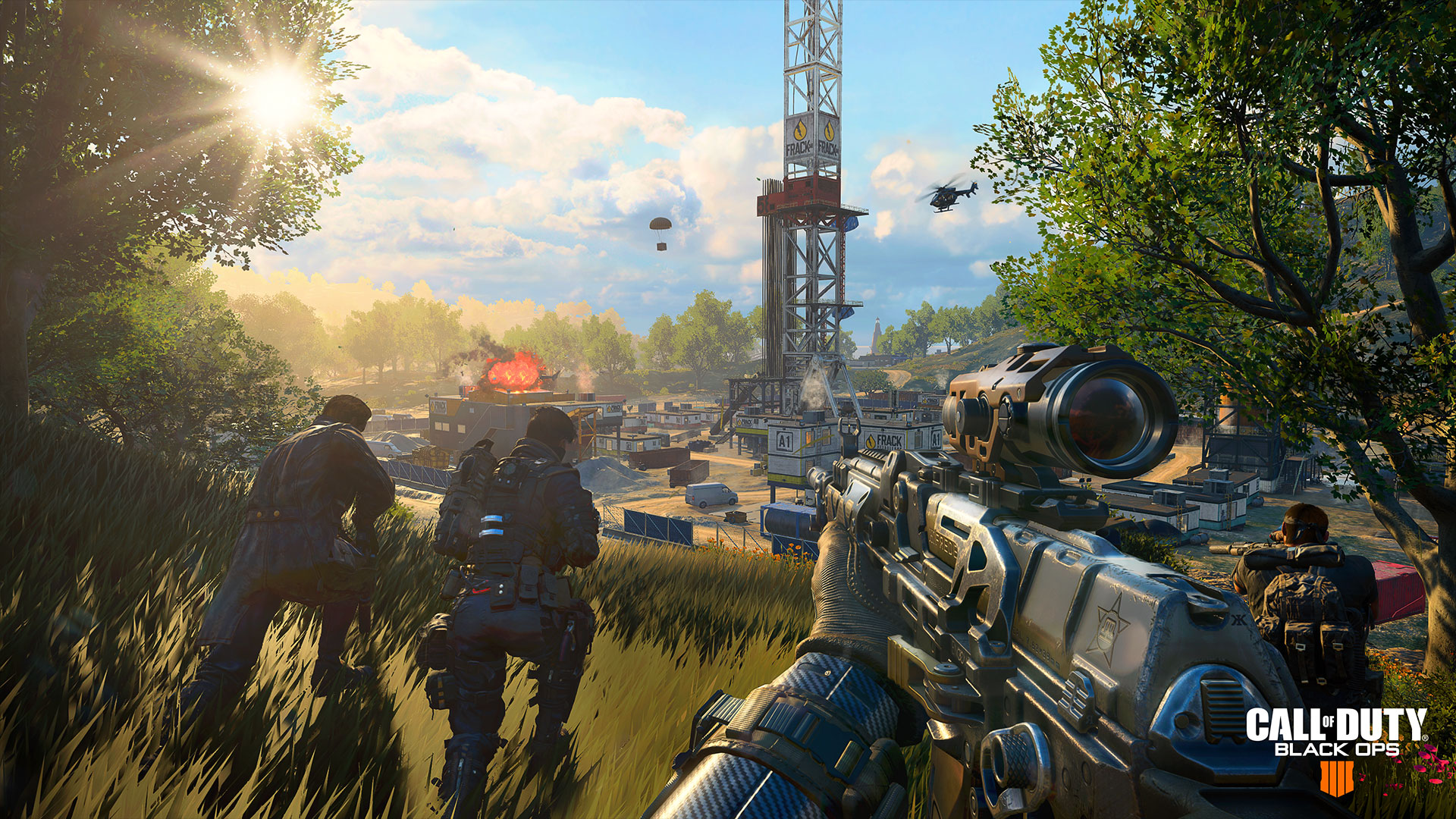 Yes, there are zombies in Blackout. Dive into Asylum, and you’ll find yourself surrounded by the undead. There’s plenty of reason to visit, though. You’ll find unique and powerful weapons, and also some great power-ups while visiting this terrifying place. The infamous “ray gun” even makes its appearance here.

Driving and flying mechanics are never easy unless your entire game is dedicated to this action. Though flying can be a little wonky in Blackout, driving is great. You can jump on an ATV, get in a huge armored truck, or steal a helicopter to travel across the map. If you’re close to water, there are even boats you can drive through the waterways as you attempt to run from the closing storm and opponents. 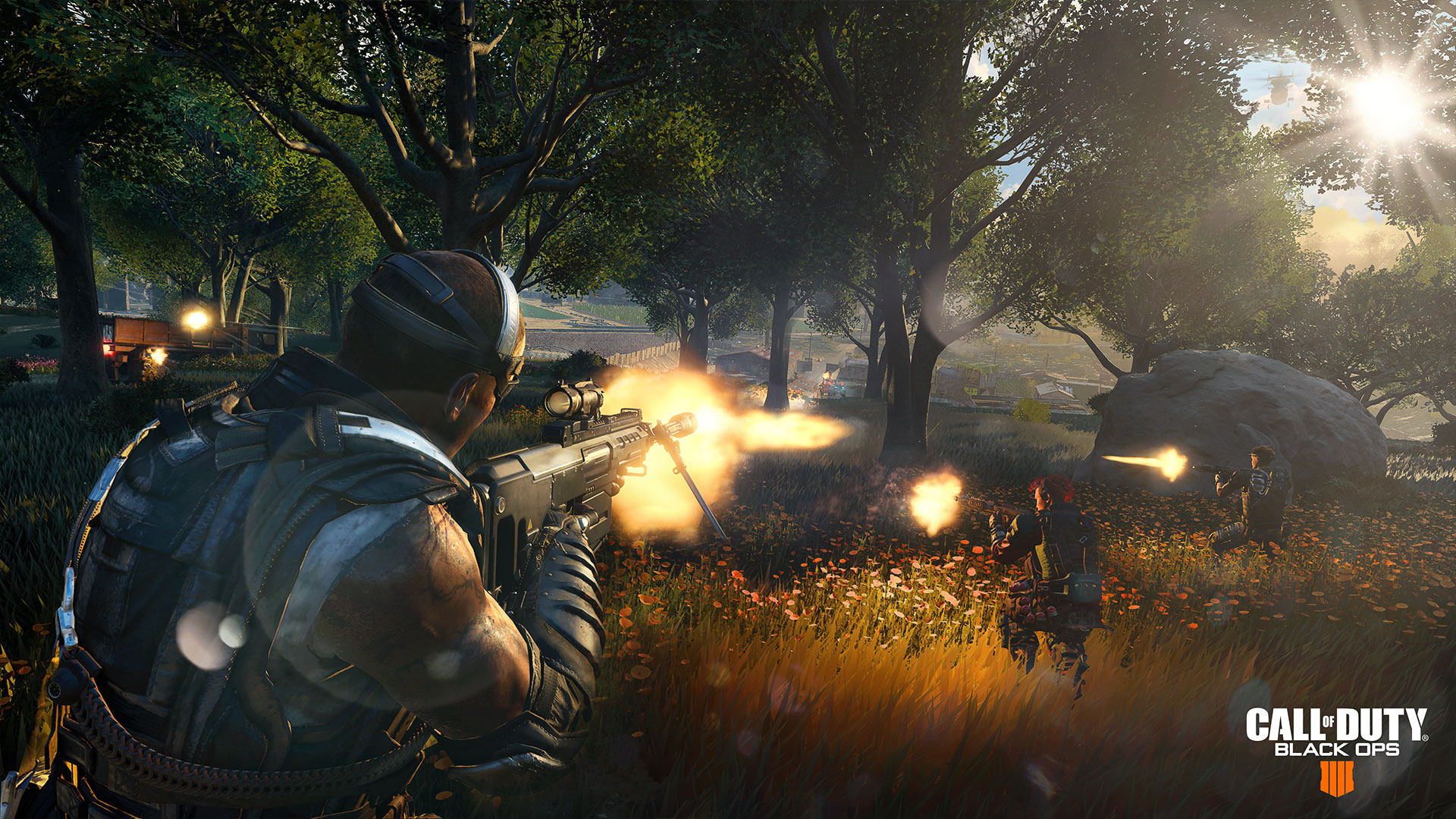 If you land and last more than 30 seconds, you’re going to find a gun. As long as you try to land somewhere that one should be, that is. Not all guns are created equal, though. Unlike Fortnite where “legendary” guns (and other styles) are highlighted by color, you just have to know your Call of Duty in order to know what to pick up. There are weapon attachments like lasers, extended barrels, scopes, and more to find as well.

Power-ups are plenteous, giving you enhanced hearing, longer time to hold your breath and more. My favorite pickup that’s not a gun is the Recon Car. This little remote controlled car can help you scout out where enemies are and make sure the path is clear

Call of Duty: Black Ops 4 starts at $60 for the base game, and has tiers up from there. You don’t need the Deluxe or Deluxe Enhanced editions ($100 and $130 respectively), but purchasing them will give you a few extra in-game perks. 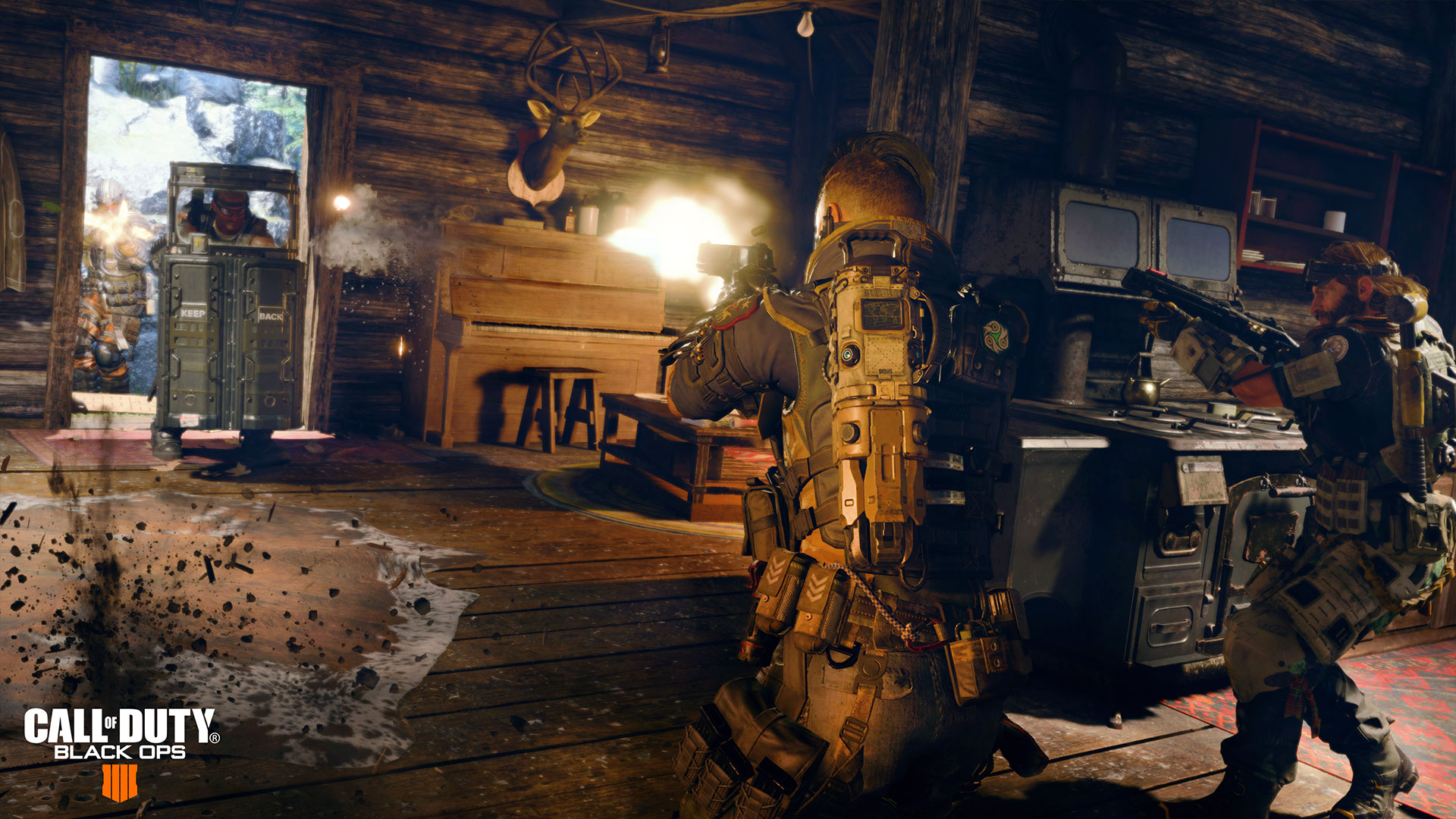 There are always going to be some quirks, as even Blackout and Zombies are experiencing a few here and there. But, we’re only two weeks in, and if you take a look at the Treyarch PC Twitter, the company is releasing daily updates and patches to the game.