The new 8Bitdo M30 Sega Genesis Bluetooth Gamepad is here. It brings that classic 6-button feel to most of your modern gaming systems but there’s also a new 8bitdo adapter for playing original Genesis consoles with modern controllers as well. Head below for all the details.

The new M30 is designed to bring back that classic Genesis feel to modern consoles and gaming machines. Those include everything from Windows and macOS to Android devices, Raspberry Pi setups, Steam games and the Nintendo Switch. Whether you just liked the Genesis gamepad setup or want to have a more official experience with vintage Sega collections, the M30 has you covered.

We set out to redefine the greatest 6 button controller ever made and bring it into the modern era. We’re pleased to introduce M30. With the 8Bitdo Smartphone Clip, you can turn your M30 into a dedicated mobile game system. Compatible with nearly all smartphones 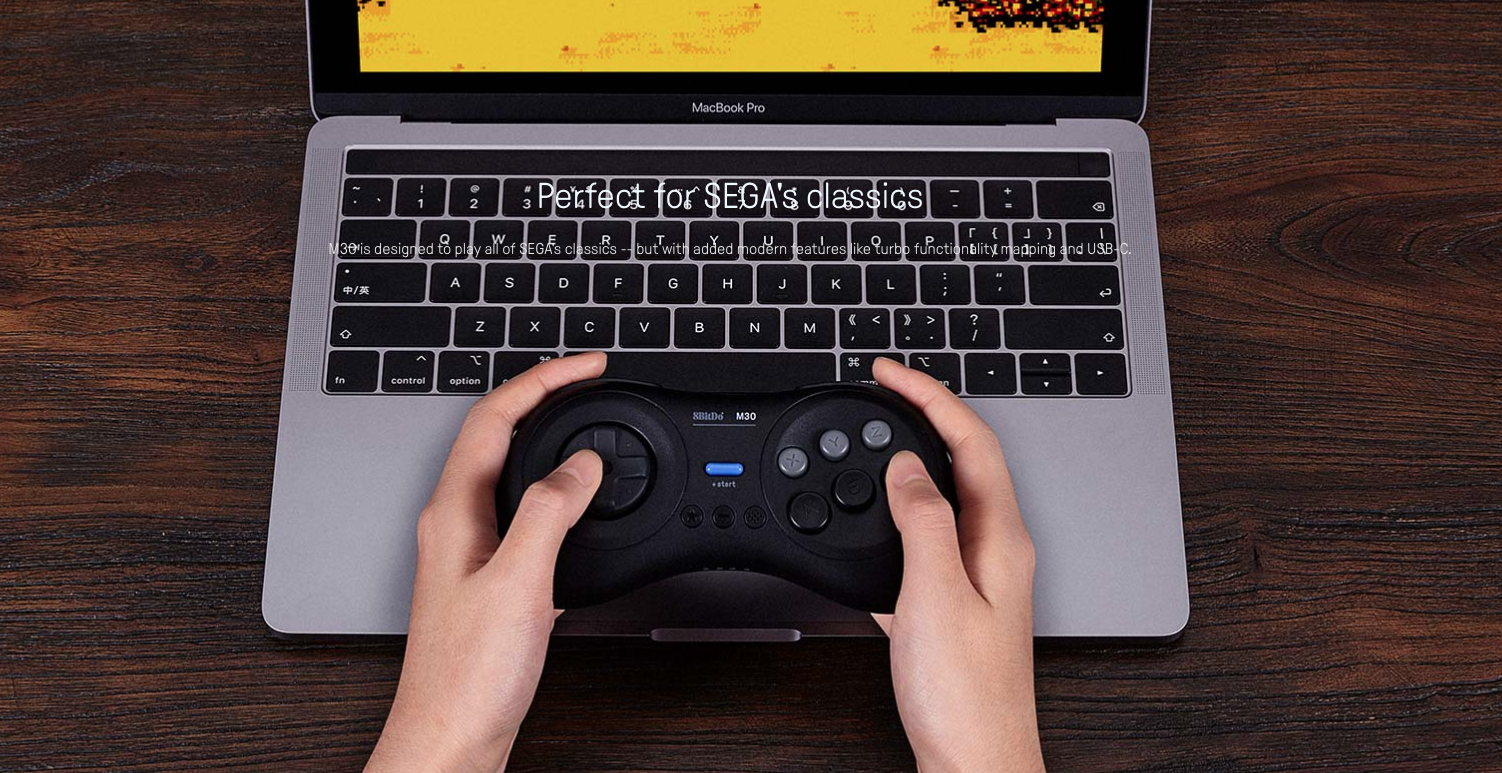 The new Bluetooth controller will also work in wired mode and features a Turbo function, USB-C charging and various controller modes for flipping between consoles. There will also be a smartphone clip sold later and separately. You’ll find that familiar 6-button, Genesis layout for the face buttons along with a D-pad and a pair of shoulder buttons. You can add 20 hours of wireless playtime on a single charge plus dedicated screenshot and home buttons to the feature list as well.

The company does say it’s “regularly updating the firmware with new system compatibility like Switch, Raspberry Pi, and more,” so it’s likely we’ll see even deeper console-specific functionality hit down the line.

However, if you’re looking for a way to add wireless controllers to your original Genesis console setup, 8Bitdo’s new Retro Receiver will certainly get the job done. In fact, it can help you connect any Bluetooth-compatible controller to your Genesis including the Xbox One gamepads, Sony DualShock 4s,  and the Wiimote as well as Nintendo Switch Joy-Con and Pro controllers (currently on sale for $57).

These announcements come on the heels of previous 8Bitdo accessories including a PlayStation Classic Receiver, the GameCube controller adapter for Nintendo Switch at $20 and more.