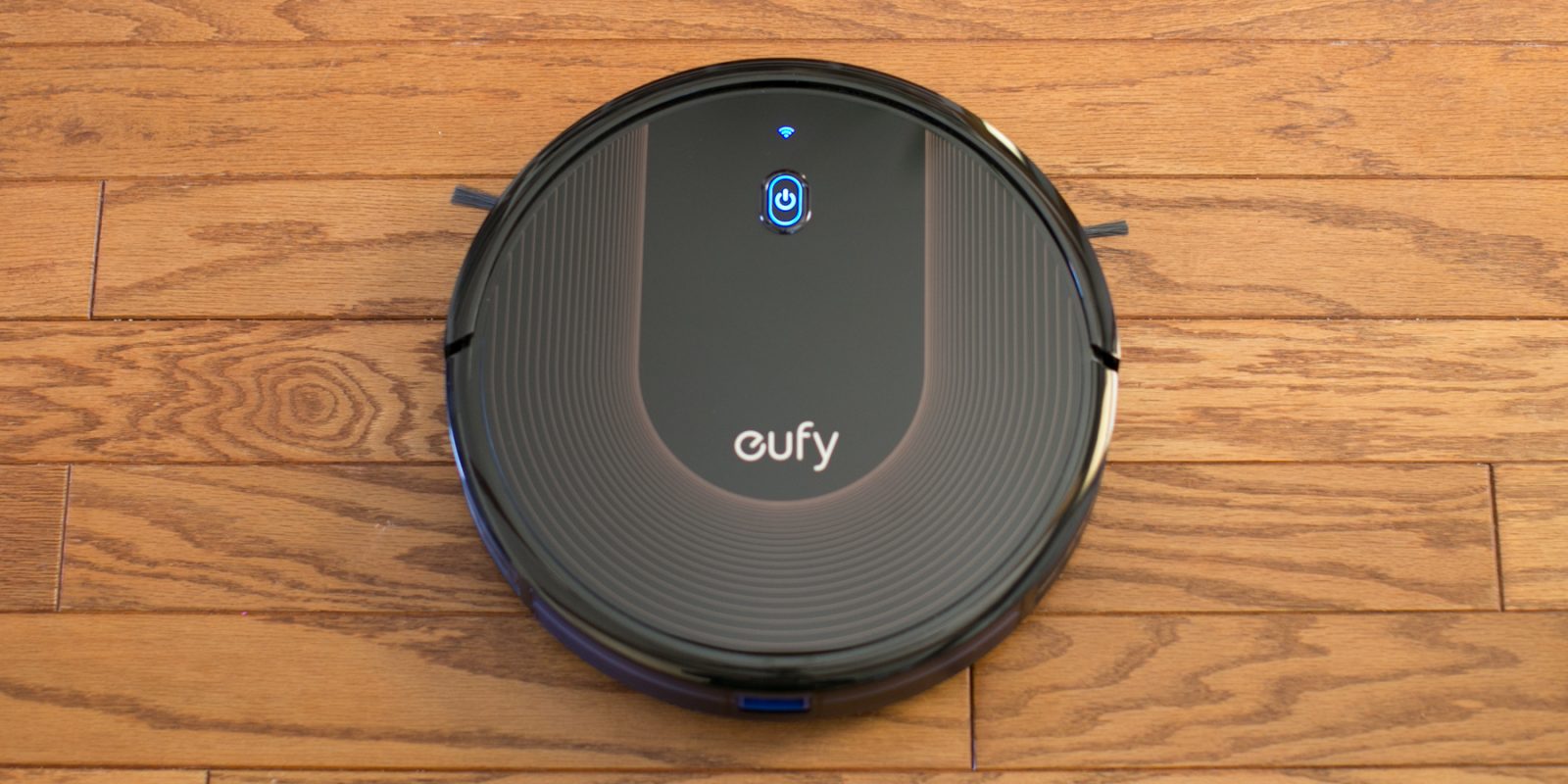 The RoboVac 30C adds to Eufy’s lineage of popular, affordable robotic vacuums. While the entry level $179.99 11S is an Amazon choice with over 2,500 reviews and a 4.5/5 star rating, Eufy’s RoboVac 30C, arrived on the scene late last year and has also garnered Amazon’s recommendation. Priced at $299.99, it offers smart capabilities, three power modes and up to 100 minutes of continuous run-time. Head below for our full hands-on review.

RoboVac 30C: Out of the package

We’ve previously checked out other robot vacuums in the past like the Ecovacs 901 and N79S, but I was excited to add Eufy’s high-end model to the review lineup.

Eufy keeps packaging on the RoboVac 30C simple. Contents include everything required to get started and a few accessories like cable ties and 3M adhesive strips.

The design of the Robovac 30c is very minimal with clean lines and a high-gloss top. The gloss looks good, but can be frustrating if you’re trying to take smudge-free video of the vacuum. Underneath it is easy to locate, clean and replace any necessary components. The brushes pop off without any required tools, and the roller brush can be removed quickly for cleaning. 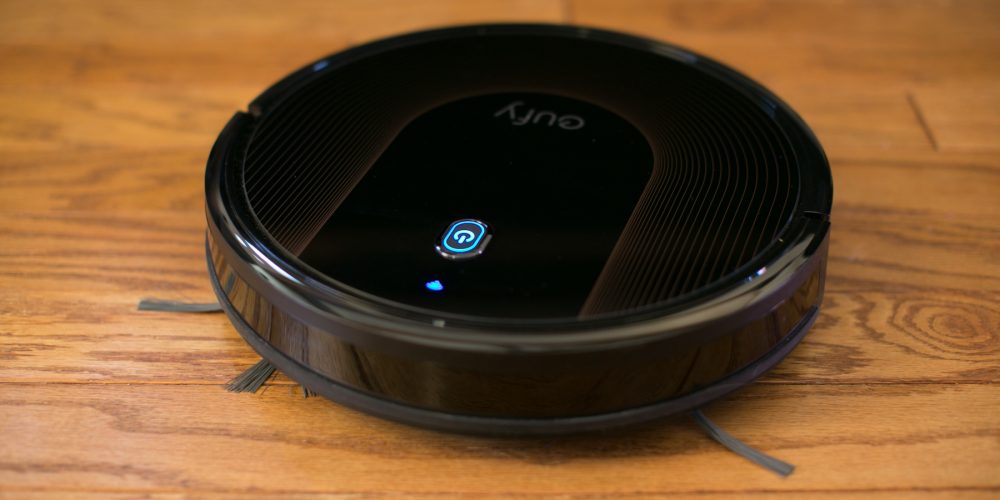 At 2.85-inches tall, the RoboVac 30C is also incredibly slim. This let it clean under our furniture and couch. With the slim home base as well, I was even able to put its home under and slightly behind our couch and have it dock there – keeping it out of the reach of our kids. 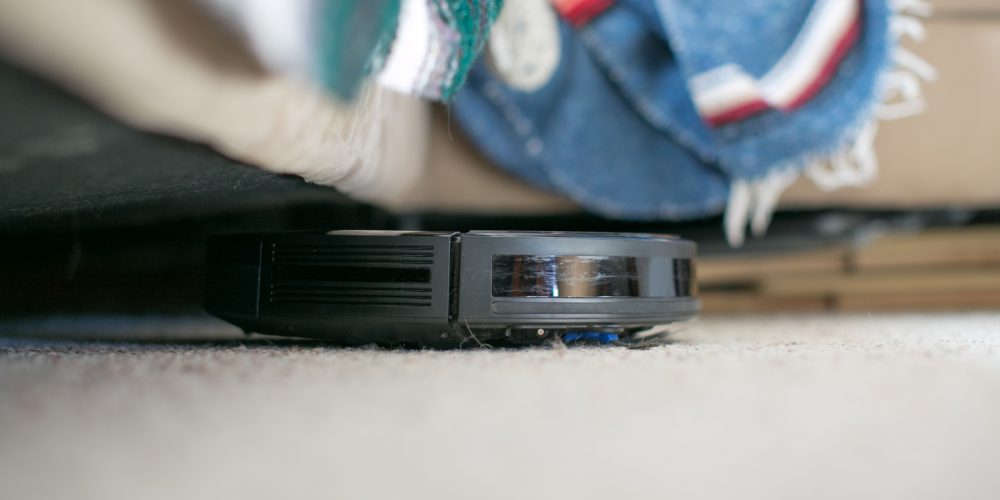 The included quick start guide shows the simple process to get the Robovac up and running. Make sure the power button on the bottom of the vac is activated, and connect to it via the Eufy-Home app. Eufy suggests fully charging it before your first use.

Once charged, there are multiple ways to start cleaning with the RoboVac 30C. Pushing the power button, using the included remote by pressing the “play” or start button, pushing the same button within the Eufy Home app or by setting it up with Alexa or Google Assistant and asking it to clean. I easily added the Alexa skill, logged into my Eufy account and paired it with Alexa. After setup, simply ask Alexa to ask the Robovac to start cleaning, stop cleaning or go to its charging home. 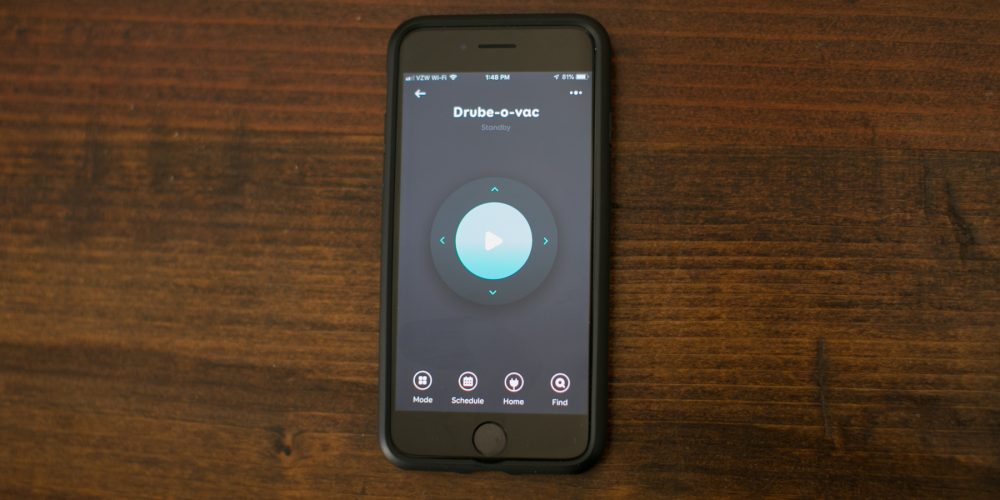 Once in operation, the RoboVac 30C will maneuver around your space, cleaning along its way. Integrated sensors and bumpers keep it from getting stuck – most of the time. The only issue I had was with a kids toy that had some weird geometry to it.

If you feel like it’s stuck in a certain room or area, you can easily pick up the RoboVac 30C, use the remote or app to point it in a different direction.

If it repeatedly has issue with a certain area or you want to keep it away from pet food and cables, the included boundary strips are easy to cut and install with the included 3M adhesive strips.

RoboVac 30C: How does it perform?

I was impressed by the cleaning power. We have a lot of carpet on our first floor, and I was skeptical how well it would clean the fur from our cat. The RoboVac 30C did a much better job of picking up his fur than I expected. Upon opening the collection bin for the first time, I was pleasantly surprised (and also disgusted) with what it had picked up from the corners that we often miss.

The RoboVac 30C has 3 different power options: Standard, Boost IQ – which automatically switches to a higher power when it thinks it needs it – and maximum power. I usually set it to maximum because we have aample amounts of carpet. Eufy claims 1500Pa of suction power, which in my experience did a fine job of cleaning up after messy toddlers.

Eufy also promises up to 100 minutes of cleaning time. In real world testing, I saw 90-95 minutes on standard power and 45-50 on maximum power. These tests were done on at least 50% carpet.

After a few cleaning sessions it seemed to be missing some crumbs so I flipped it over and noticed that the rolling brush was being constricted by hair wrapped around it. The roller is easy to remove and clean using the included cleaning tool. Once I cleaned it, the RoboVac was back in action. 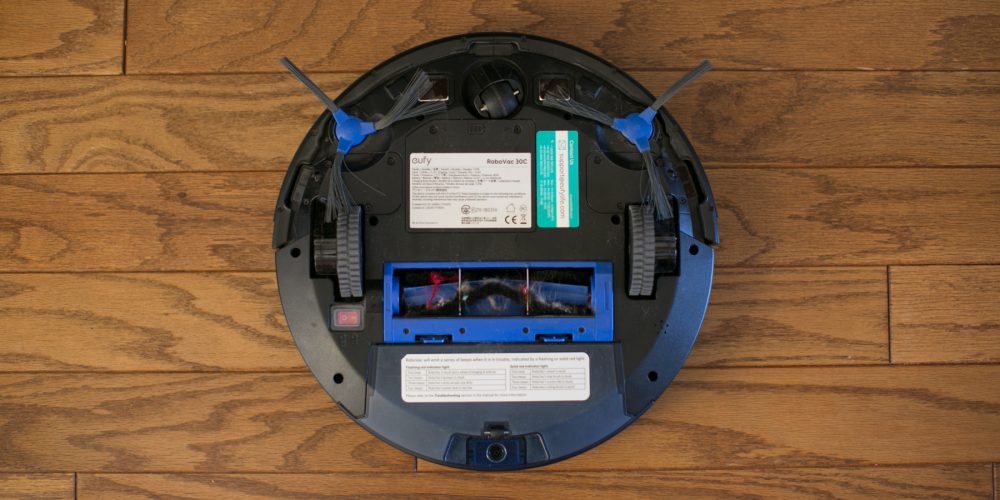 The collection bin was ample for daily operation as long as it is emptied after each run. Removing and emptying the collection bin is simple: if the filter is dirty, use the included cleaning tool to brush off the filter when the bin is open. It is also easy to replace, which Eufy recommends you do every two months.

Competition in the robotic vacuum market continues to grow. Similar offerings from iRobot and Ecovacs, but the RoboVac 30C’s dual sweeper brushes, smart features, three suction power modes and an “up to” 100 minute clean time make it worth a close look.

Overall, I was very impressed with the capability of the Eufy RoboVac 30C. It was able to clean up after our cat (as long as you’re sure to empty the collection bin often), had ample battery life, and the various “smart” features make it very convenient. It was easy to set up a schedule and control it from my phone when necessary. For $299, it’s Eufy’s top of the line, but a good deal when compared to offerings from other companies like iRobot. Sure, it would be nice to have room mapping like what’s offered on the Ecovacs Deebot 901, but that comes at a higher price.