Hands-on with LEGO’s 300-piece Captain Marvel set: A must-have for Marvel fans at only $30 Towards the end of last year, we got our first look at the then-upcoming Captain Marvel LEGO kit. After some solid initial impressions, we’ve finally gotten our hands on the new Marvel film’s first and only set. So today we’ll be going hands-on with the LEGO Captain Marvel and The Skrull Attack to see how the recent 307-piece build stacks up. Hit the jump to check out our full hands-on review.

Last week the latest film in the Marvel Cinematic Universe, Captain Marvel, hit theaters. After seeing the hero come to life on the big screen, I was sold on picking up the tie-in LEGO set, which had just recently been released.

The main aspect of this set is the Quinjet, an aerial vehicle that Marvel fans will be well-acquainted with. We’ve seen the ship appear in LEGO form pretty much as frequently as it does in the films. So while this build isn’t a first in the LEGO world, it still is noteworthy in its own regard.

Without giving too much away from the film, in Captain Marvel this vehicle serves as a predecessor to the versions that make an appearance down the road in the MCU. Another thing is that past attempts at the ship haven’t quite done the on-screen inspiration justice. I definitely can’t say the same here, as the model included in LEGO Captain Marvel and The Skrull Attack set is simply great.

The main feature of the Quinjet are two side-mounted Flick Fire missile pods. I’m not super partial to the inclusion in the build, but the parts usage of the missiles fits with the overall design; so I’ll give it a pass. There’s also an opening cockpit with room for a single minifigure and a back hatch that can be opened as well. Plus, this iteration sports red accenting rather than the blue aesthetic we’re accustomed to. 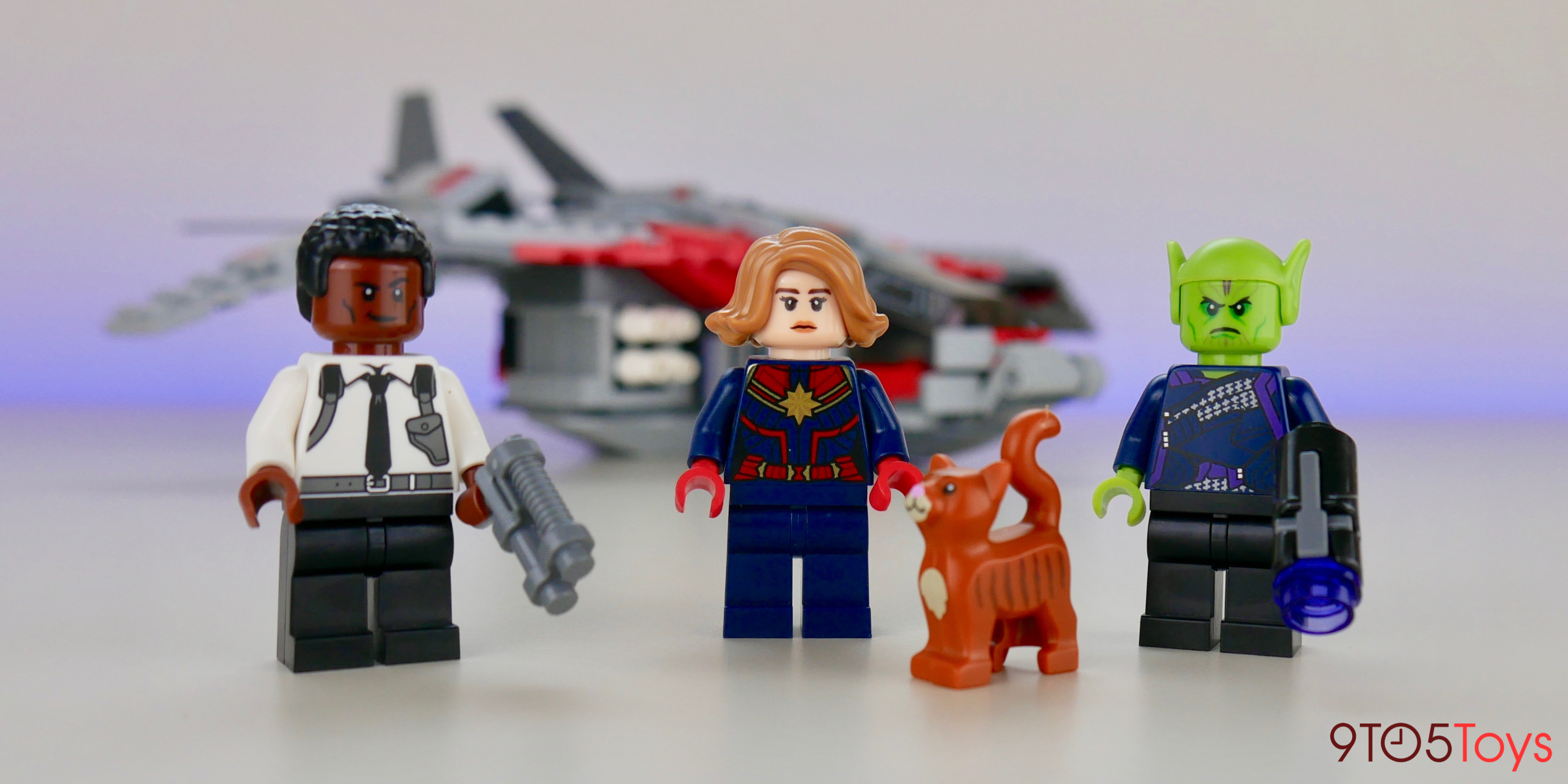 Another thing that makes the LEGO Captain Marvel Skrull Attack kit notable is its included minifigures. Carol Denvers, Nick Fury and Talos the Skrull all make an appearance. Oh, and I can’t forget that a brick-built Goose figure is included as well.

At the time of writing, all three figures are set-exclusives; though Captain Marvel will be appearing in the upcoming wave of Avengers: Endgame builds. By the looks of it, they’ll reuse the same printing for the soon-to-be released sets. So if you don’t plan on picking up the most expensive Endgame kit, this is a more affordable way to nab the superhero minifig for your collection. As of now, Nick Fury and Talos will be staying exclusives for some time. 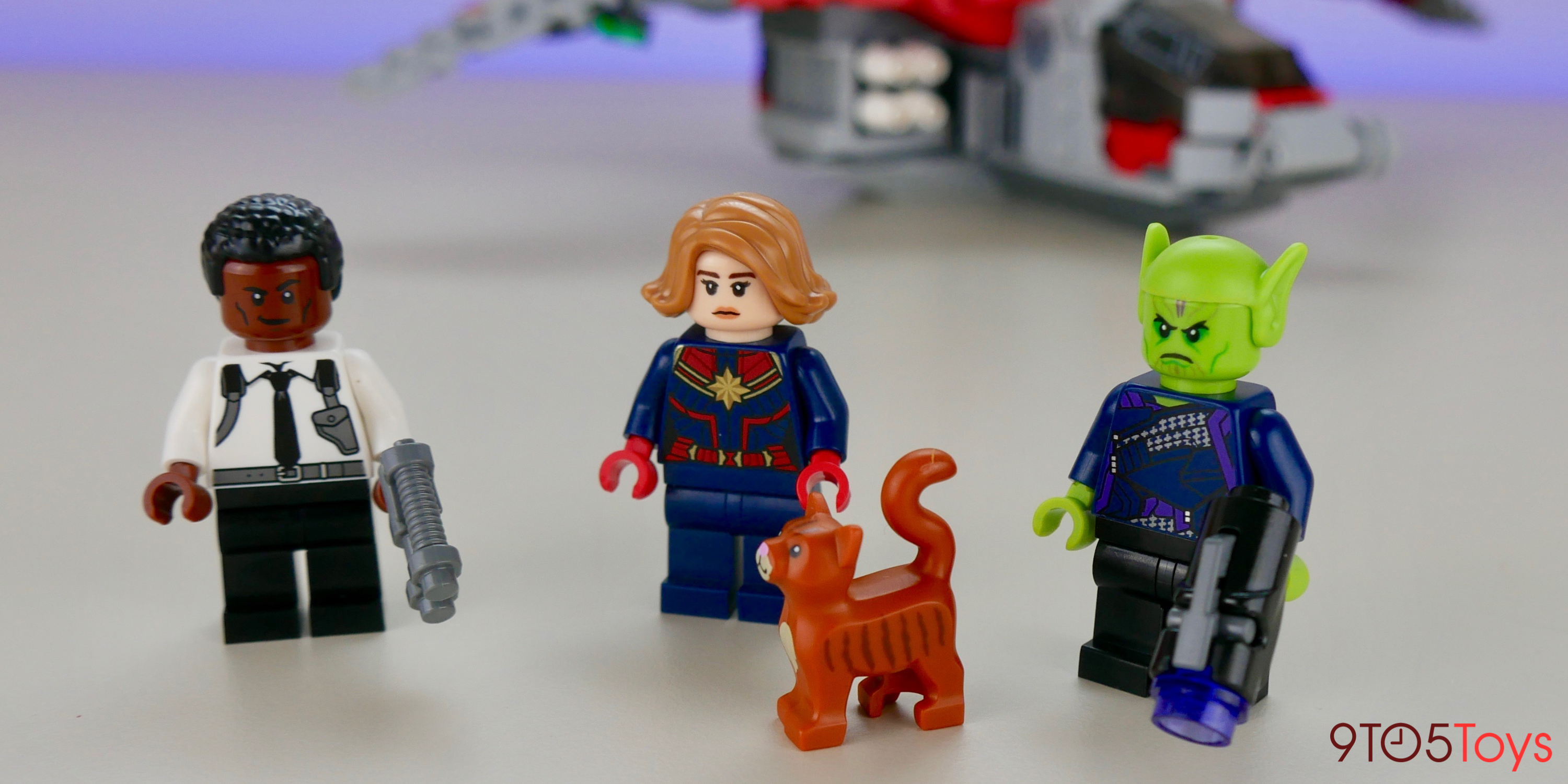 Both Captain Marvel and Nick Fury tout double-sided heads with different expressions. Talos on the other hand only has a single face print. Though the figure does have an additional molded headpiece to achieve the Skrulls’ distinct appearance.

After chronicling my disdain for stickers over the past two years, I think LEGO has finally won me over. I still don’t love all stickers, but the ones included in the Captain Marvel Skrull Attack definitely stand out. And at long last, I finally concede that their inclusion doesn’t have to be a downside. 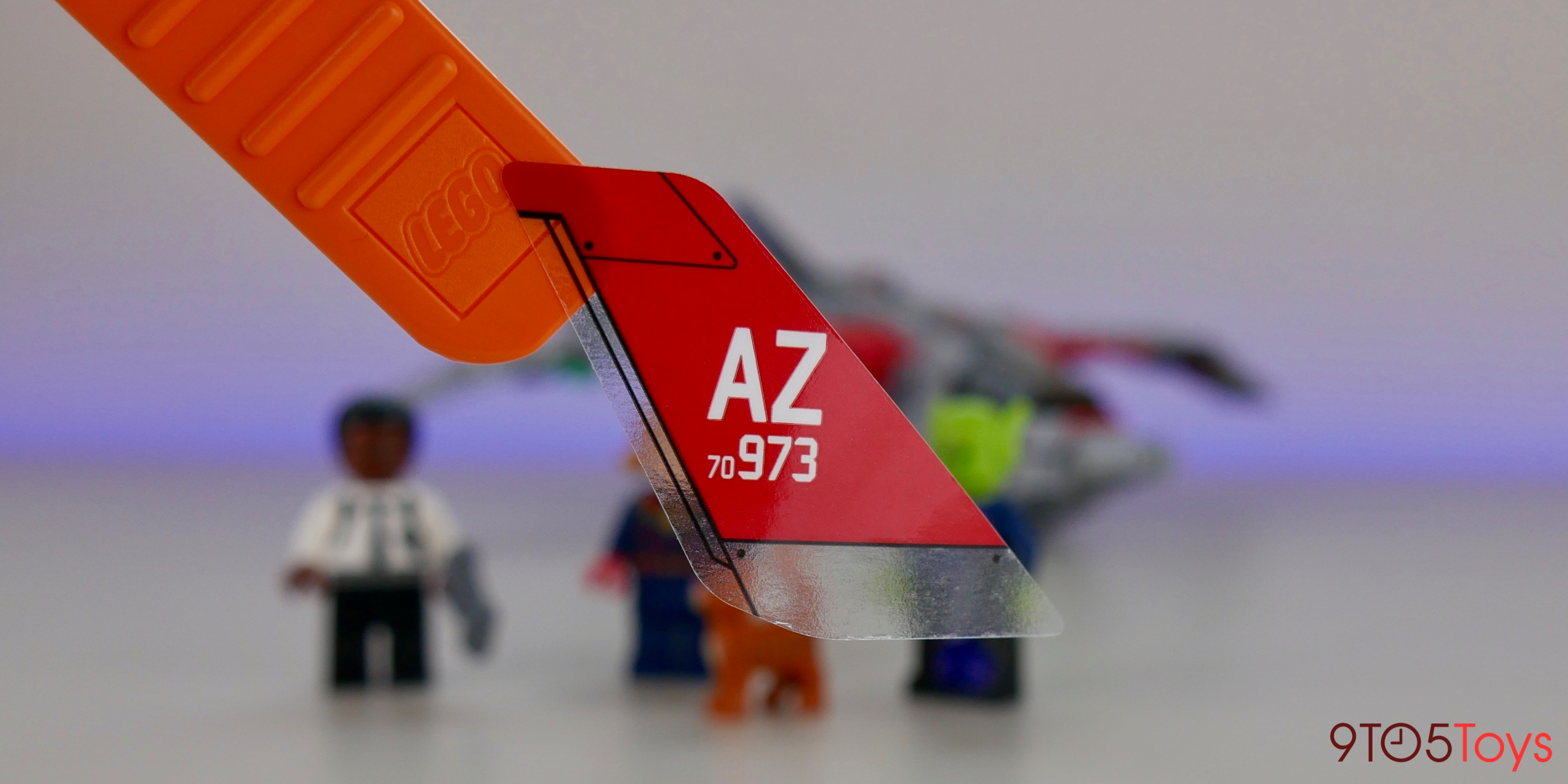 The decals for this build are printed on a clear base sheet. So rather than trying to match each LEGO brick’s color with a sticker, the clear borders allow them to blend less noticeably into the finished product. Something so small may seem pretty trivial, but it makes a world of difference. Whether LEGO finally heard my cries or not, I’m happy that things are on the up and up here. 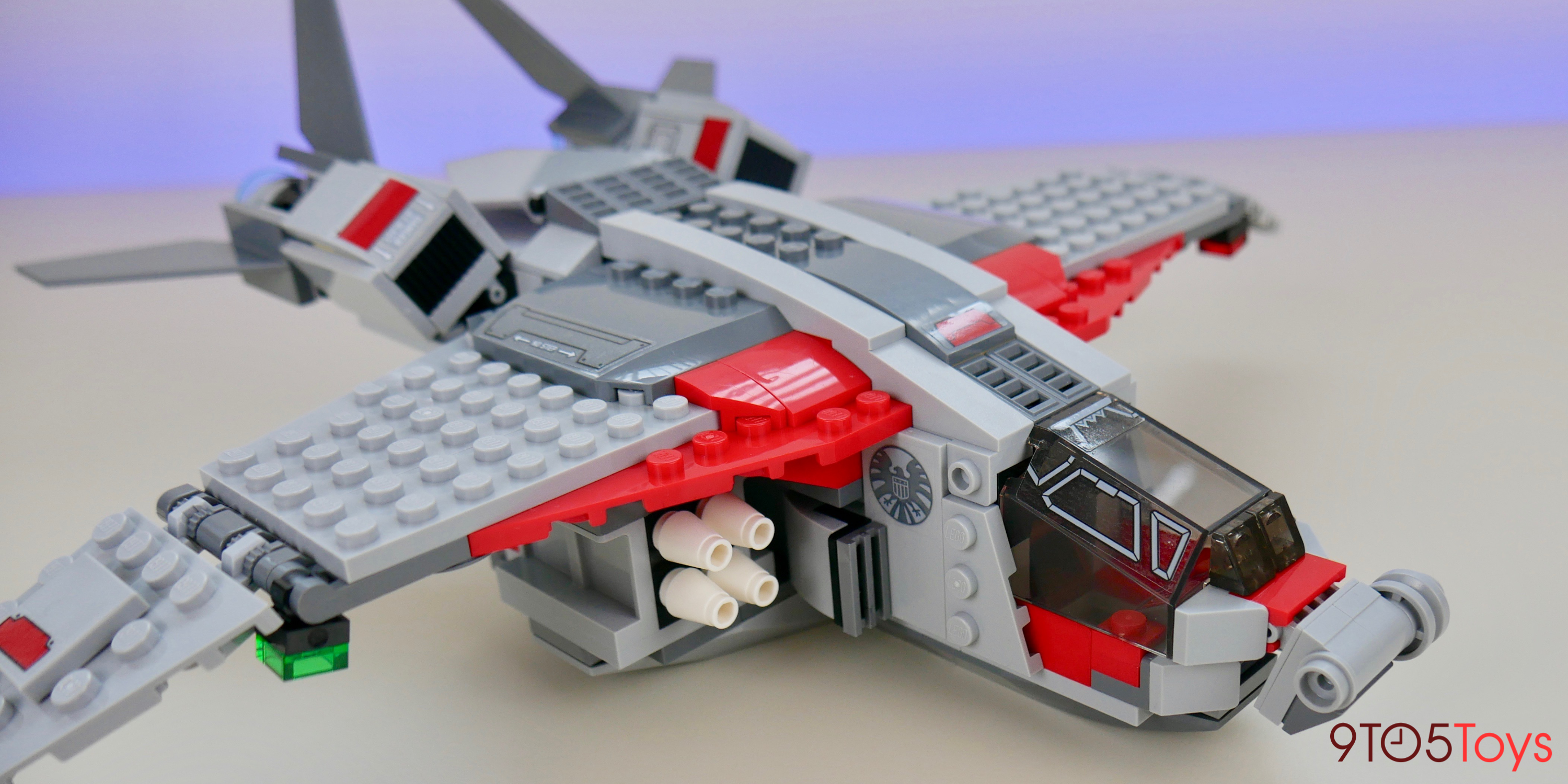 At $30, there’s a lot to love with the LEGO Captain Marvel and The Skrull Attack set. It comes with three new minifigures, two of which will likely be staying as exclusives for the foreseeable future. Then there’s the Quinjet build, which stands out over the ship’s past several iterations. And with over 300 pieces, the set passes the ten parts per dollar gold standard.

So for LEGO, Avengers and Captain Marvel fans alike, the Captain Marvel and The Skrull Attack set is an easy recommendation. Sure it may not be one of LEGO’s massive creations. But what the kit lacks in size and part count, it makes up as a fantastic collectible for Marvel fans.

Captain Marvel and The Skrull Attack is available from LEGO’s online shop as well as Target for $29.99.