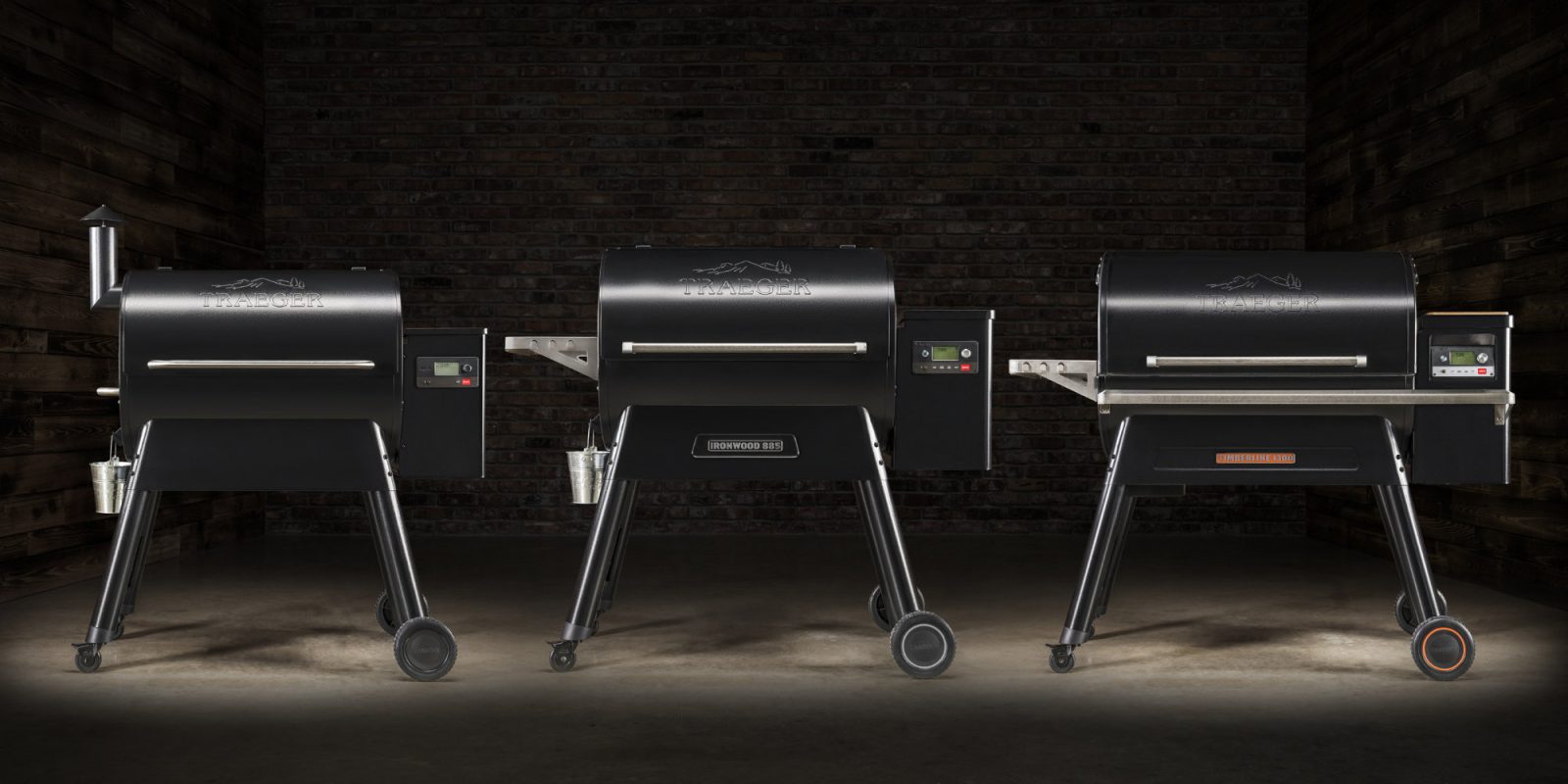 From lawn mowers to grills, it seems that all the tools we know and love are getting smarter each day. In some instances it is arguably unnecessary, but when it isn’t, we are all left wishing that we had a bit more expendable income to throw at whatever the new gadget may be.

Today’s new Wi-Fi-enabled tools include a line up of new Traeger smart grills. Technology packed inside the grills is largely what most would expect, allowing users to tweak temperatures, set timers, and keep an eye on how warm or cold the food is. The companion app offers a variety of recipes that can be downloaded directly to the new Traeger Smart Grills.

One of the first things that Traeger touts about its new grills is the D2 Direct Drive drivetrain. Part of what makes it stand out is a variable speed fan and auger that supposedly makes food cook and taste better than ever before.

With new Turbotemp technology in tow, these Traeger Smart Grills heat with exceptional precision and speed that provides you with incredible control over how food is prepared. Last, but not least, the D2 drivetrain is built to last thanks to having the industry’s first brushless motor.

While Traeger’s naming may come across a bit on the silly side, the technology is actually quite neat. It’s called WiFIRE, and it allows users to control temperatures, set timers, and monitor food temps directly from an iOS or Android device.

Like some Sous Vide appliances, Traeger’s app lets users browse a wide variety of recipes which they can send directly to their grill. From there, users will receive step-by-step guidance as they prepare food, allowing them to appear to others as the grill master they’ve always dreamed of being.

“Traeger has been pushing the boundaries of outdoor cooking since its birth over 30 years ago,” said Jeremy Andrus, CEO of Traeger Grills. “We’re proud to take another huge leap forward today as we introduce game-changing D2 Direct Drive and WiFIRE technology that truly takes grilling to the next level, whether you’re just starting out, or a seasoned pro.”

The technology announced today is available now and spans across Traeger’s Pro, Ironwood, and Timerline Series grills. Folks just getting started with grilling should likely start with the Pro Series as it has the most affordable price tag, ranging from $799-$999.

Next up, Traeger’s Ironwood Series has several models that span from $1,199-$1,399. These grills are differentiated from the Pro Series by features like Super Smoke Mode, DownDraft Exhaust, and TRU Convection.

Lastly, the Timberline Series is the best of what Traeger has to offer with a new pellet sensing technology that will keep grillers apprised if they are running low. These units will set you back $1,799-$1,999 depending on which model you choose.