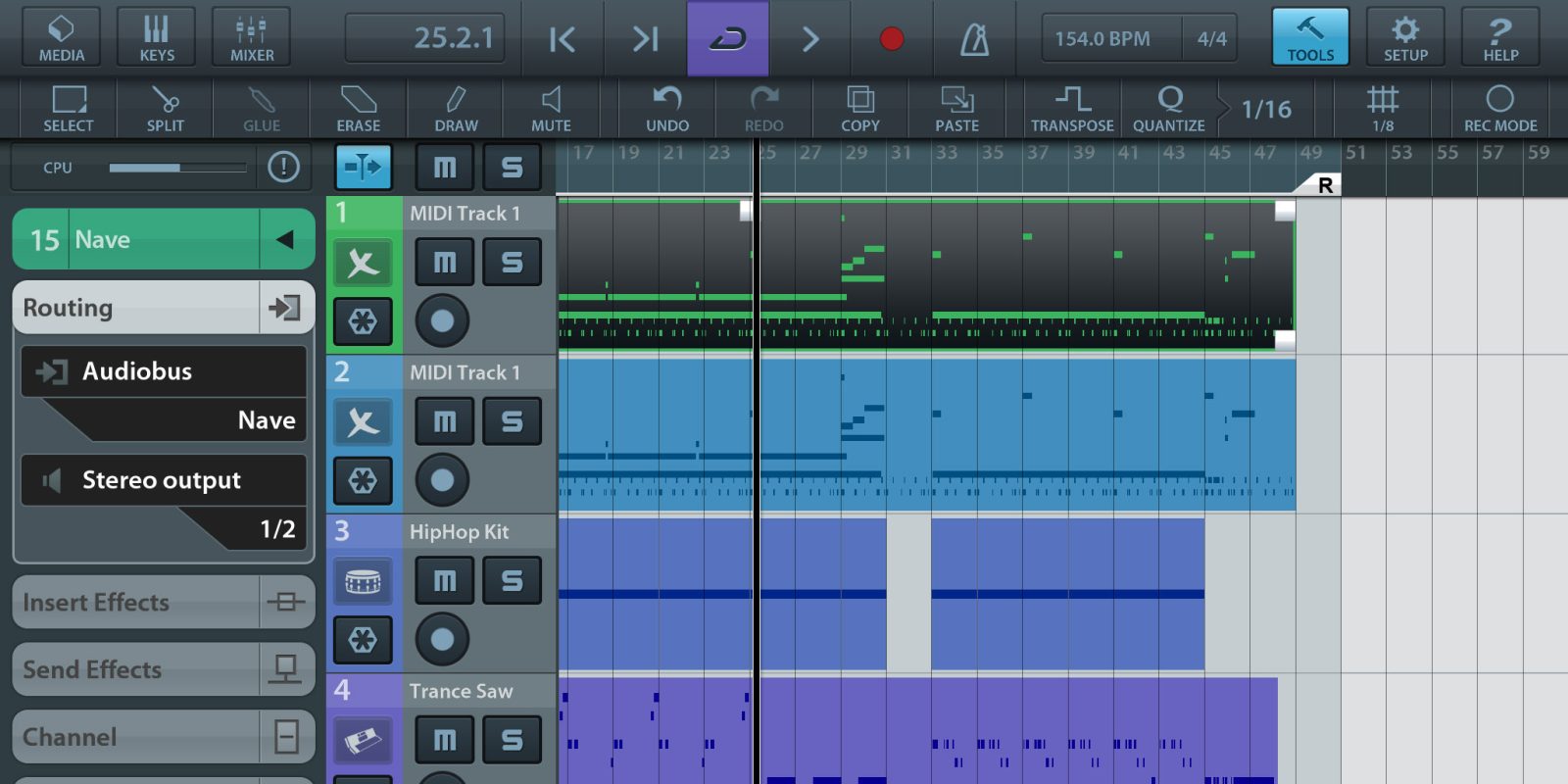 Steinberg’s Cubasis 2 is an all-in-one music production software suite for iPad with over 120 virtual instrument sounds, 550 audio loops and much more. After adding over 95 FX presets and loads more enhancements in the last update, Cubasis 2 for iOS is now 50% off. The highly-rated production app is yours for just $24.99 on the App Store right now. That’s matching the lowest we have tracked and our previous mention from December 2018. Rated 4+ stars from hundreds all-time. More details below.

You’ll find the rest of today’s best iOS app deals in this morning’s roundup. And if you’re looking for some music production deals on the Mac, Native instruments is still offering up to $800 off the amazing Output virtual instruments.

Cubasis 2 equals ease of use and is as powerful as a fully featured iOS-based music production system can be pushing your capabilities out of limits. Whether you’re capturing simple ideas or complex musical masterpieces — It ships with outstanding, touch-optimized tools carrying you into the fun of recording, editing, mixing and sharing your music with the world right away. Get fascinated by the brand new features that Cubasis 2 comes with such as real-time time-stretching and pitch-shifting, a studio-grade channel strip, pro-sounding effects, massive instrument refills, a refreshed MIDI Editor and many more powerful features.

Get this deal
50% off $25
You’re reading 9to5Toys — experts digging up all the latest technology and lifestyle deals, day after day. Be sure to check out our homepage for all the latest news, and follow 9to5Toys on Twitter, Facebook, and LinkedIn to stay in the loop. Don’t know where to start? Check out the best Apple deals, our daily podcast, and subscribe to our YouTube channel