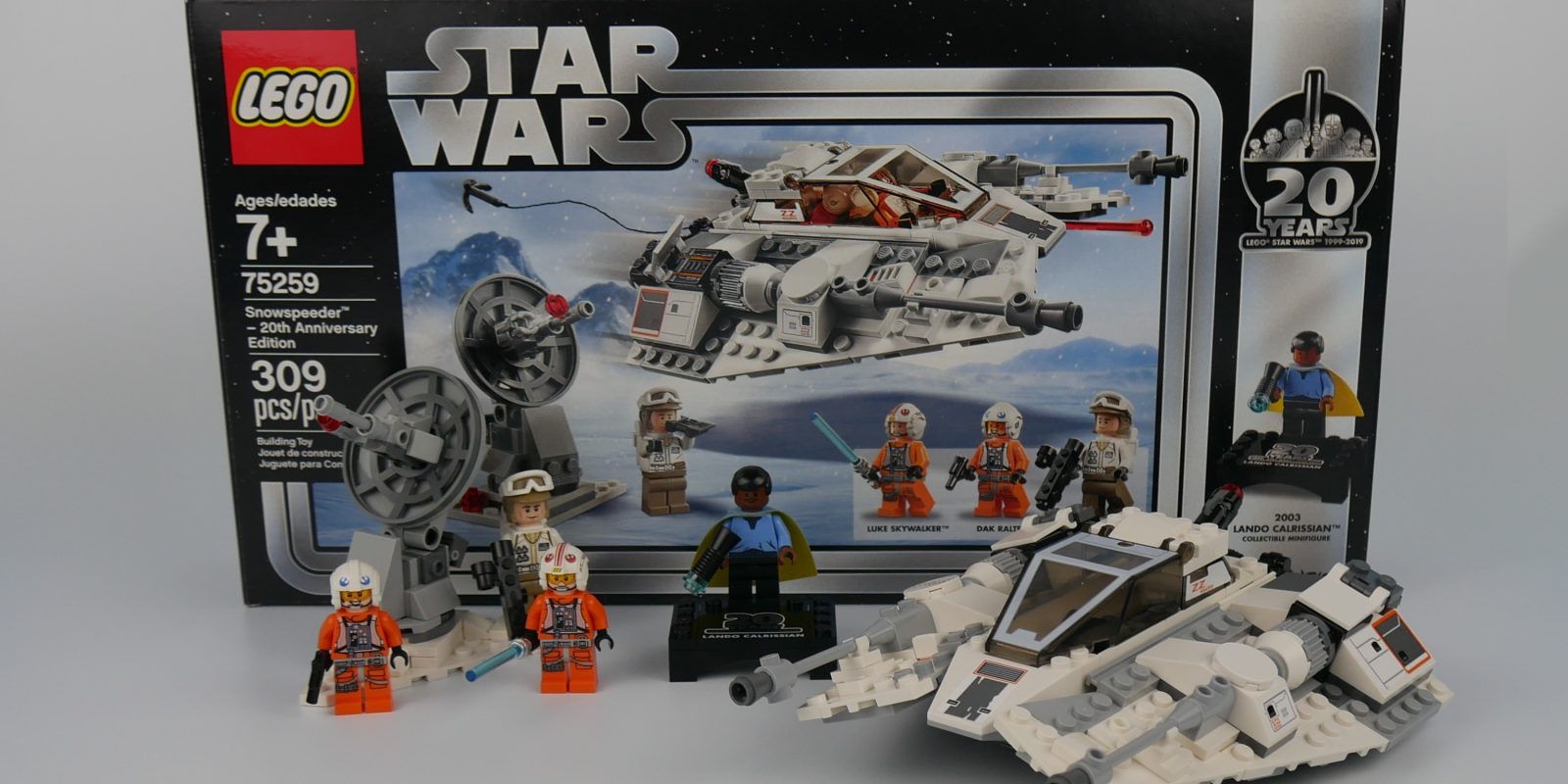 To celebrate two decades of Star Wars-themed builds, earlier this year LEGO announced five commemorative sets. Amongst these creations comes the 20th Anniversary Snowspeeder, a re-release of an original 1999 LEGO set. Today we’ll be taking a hands-on look at the model to see how it compares to previous iterations of the Rebel ship. Head below for a look at one of the latest builds and to see if it stacks up to be a must-have collectors items for LEGO and Star Wars fans.

Making its debut in a galaxy far, far away in 1980, the Snowspeeder helped Rebels defend Hoth from Imperial forces. Nearly 2 decades later, the vehicle made its debut into the LEGO lineup with the launch of Star Wars builds in 1999.

The history of LEGO Snowspeeders

Throughout the past 20 years, the Snowspeeder has been a staple of the LEGO Star Wars series. Pretty much any fan of the theme has built the ship in way capacity or another. That, alongside the 1999 origins, make this a perfect kit to be celebrated for the two decade anniversary.

Since its initial release, the Snowspeeder has made its way into LEGO form 16 different times. We’ve seen everything from miniature builds included in advent calendars to minifigure-scale models, massive UCS iterations and more. It’s made appearances as standalone sets as well as in larger Hoth-themed builds. The recent celebratory edition marks entry number 17, just the fourth time that Snowspeeders at this scale have been assembled by LEGO. 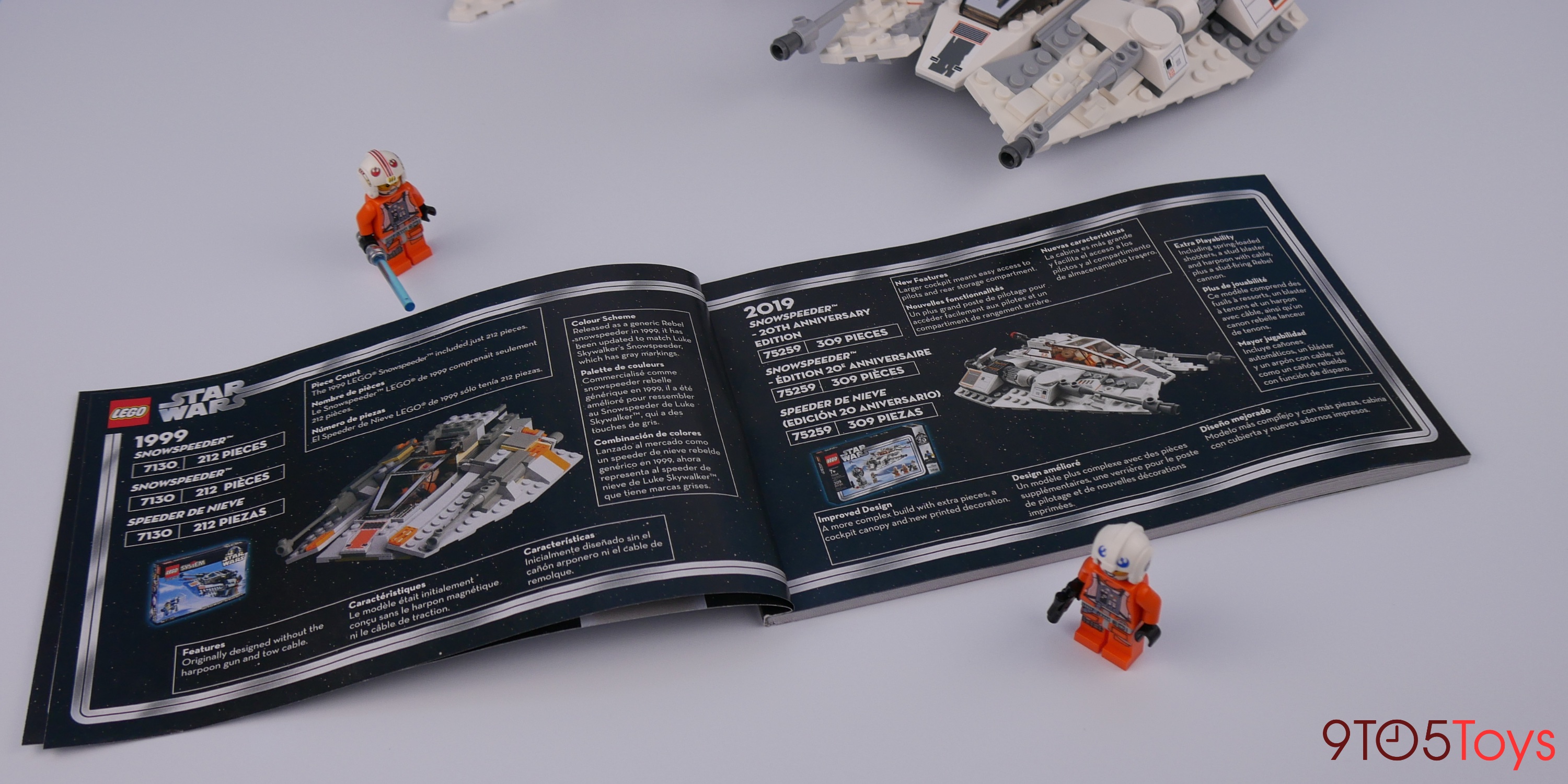 Across the board for LEGO’s new 20th Anniversary Star Wars builds, all five feature new box artwork. Each of the sets’ instructions share a similar commemorative overhaul, with a prologue full of historical details on the build. This particular kit features 309 pieces, which are spread across different labeled four bags. 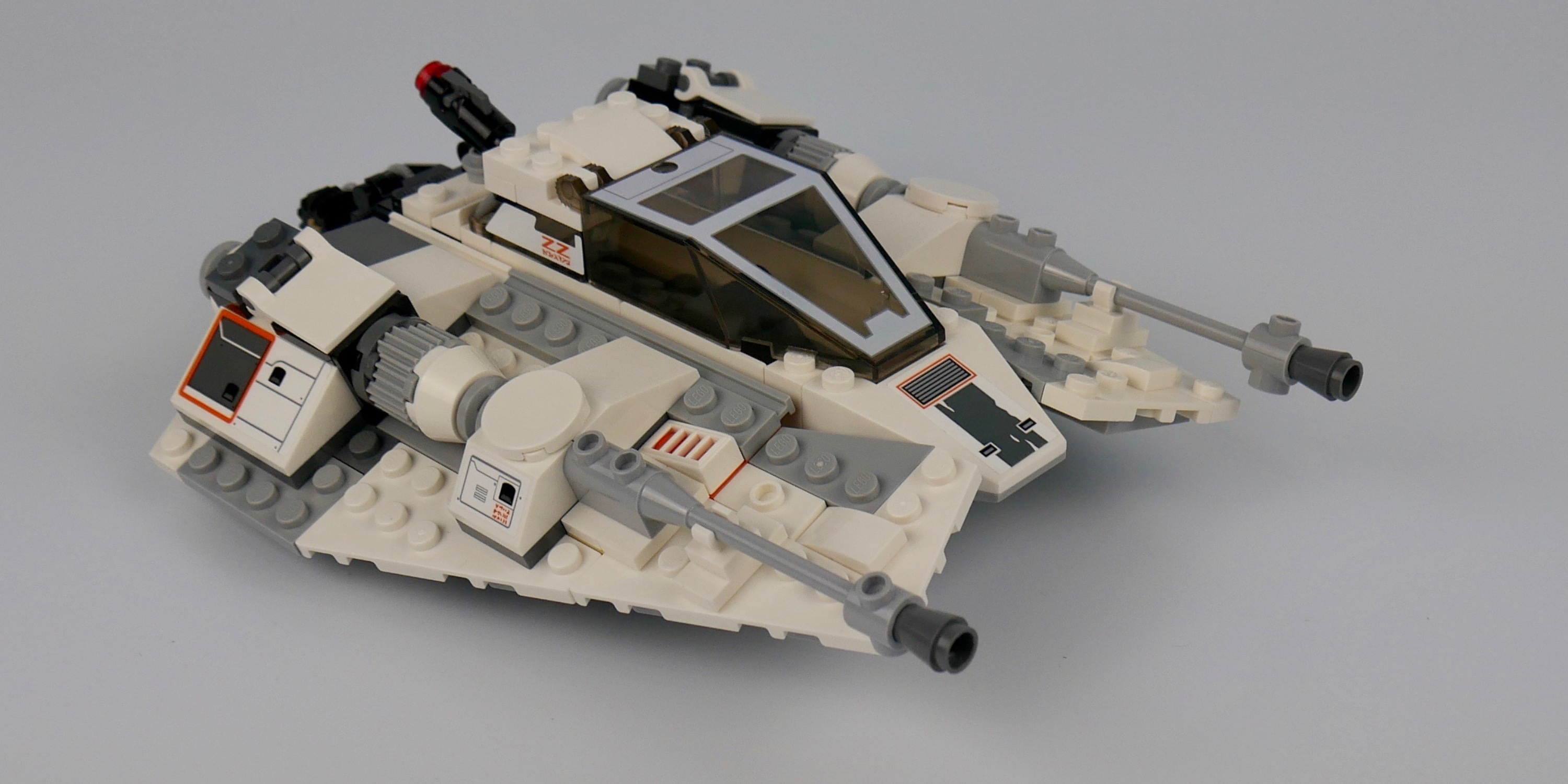 While there are a variety of different designs that have taken shape for the LEGO Star Wars Snowspeeder, this set is based on the ship’s original rendition. This time around, a majority of the build’s defining characteristics utilize similar parts usage to the predecessor. The wings’ gun elements remain largely unchanged, as well as the ship’s unique cockpit canopy.

There are some enhancements that make the cut for in LEGO’s new Star Wars build; mainly in some small details across the wings. New stud shooters and spring-loaded missiles have also made their way into the set; two LEGO elements that didn’t exist 20 years ago.

One of the downsides of being a newer release is that pretty much all of the build’s graphic are retroactively added thanks to stickers. In the past, the Snowspeeder’s nose featured printed markings. That’s not the case here, as everything from the Snowspeeder’s rear-gunner controls to engine mechanics and more are based on stickers. And unfortunately, we’re not talking about the more recent semi-transparent that were included with the Captain Marvel set. I would have thought LEGO would opt for new stickers given its promotion of these Star Wars sets. 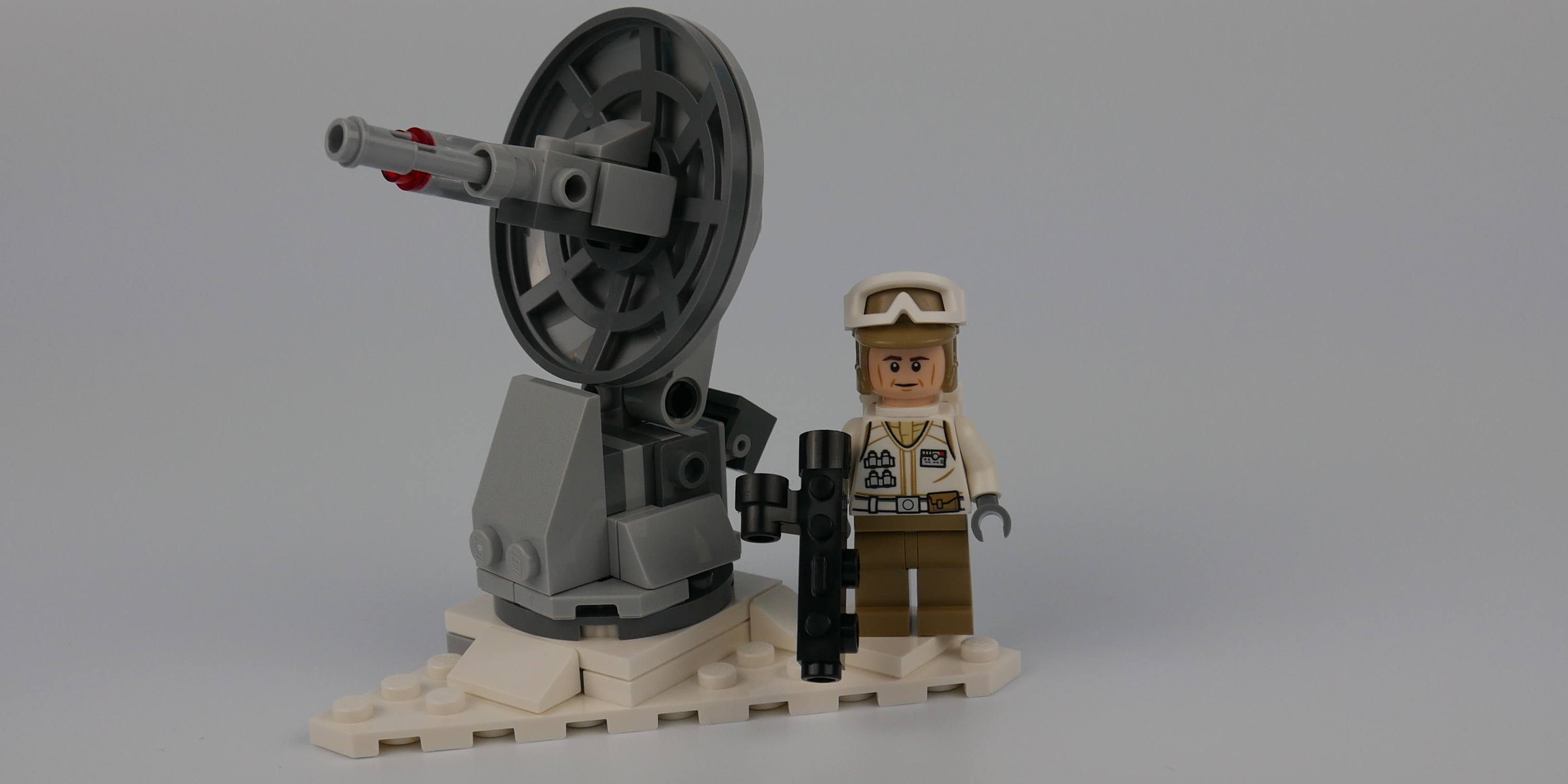 To go along with the Snowspeeder itself, this set also includes a Dish Turret. The build is small in comparison to the Hoth-bound Rebel fighter, but improves on the original 1999 set’s implementation of the model.

Similarly to how the LEGO Snowspeeder’s design looks to emulate its predecessors, this version’s included minifigures have their origins in the late 1990’s. The new 20th Anniversary rendition of the build features Luke Skywalker donning Rebel pilot regalia alongside Dak Ralter in the same attire. A Rebel trooper decked out in Hoth gear makes the cut as well. We’ve seen the two Rebel pilot figures in the past, but the unnamed trooper features new torso printing.

Overall, minifigures have come a long way in the past two decades in terms of detail. Both of the LEGO 20th Anniversary Snowspeeder’s Luke and Dak figures are perfect examples of this. Colors being more accurate, printing being more meticulous and the quality receiving overall improvements compared to their original debuts. 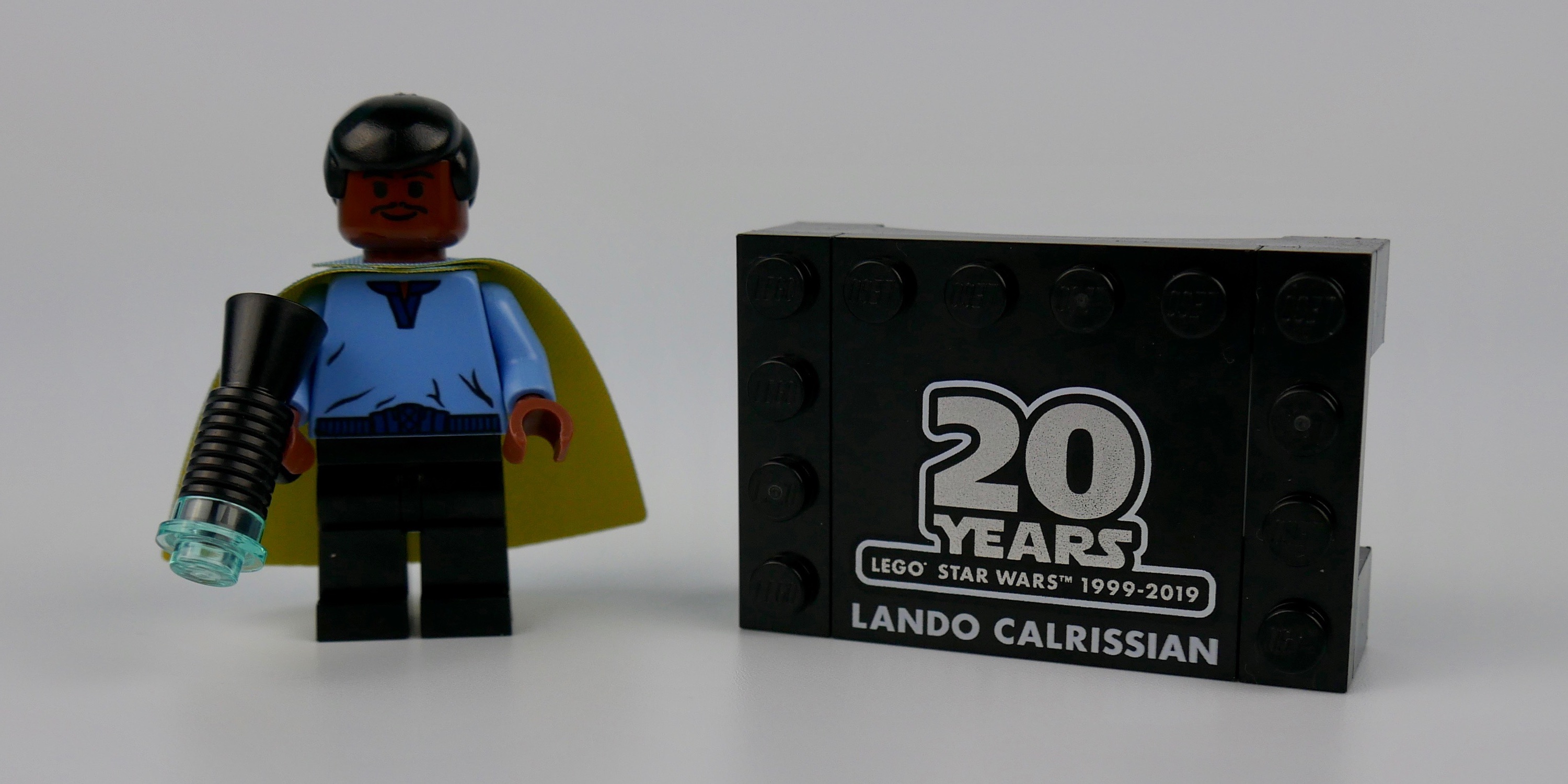 To go alongside the three original minifigures, LEGO is also including a fourth. Across all five of the 20th Anniversary sets, you’ll find an exclusive collector’s edition minifig. For the Snowspeeder, Lando Calrissian makes an appearance in his original LEGO form.

The figure’s printing is authentic to the initial iteration and the included cape is a more premium material than the standard modern version. A commemorative stand is also included, which features 20th Anniversary printing unique to Lando. 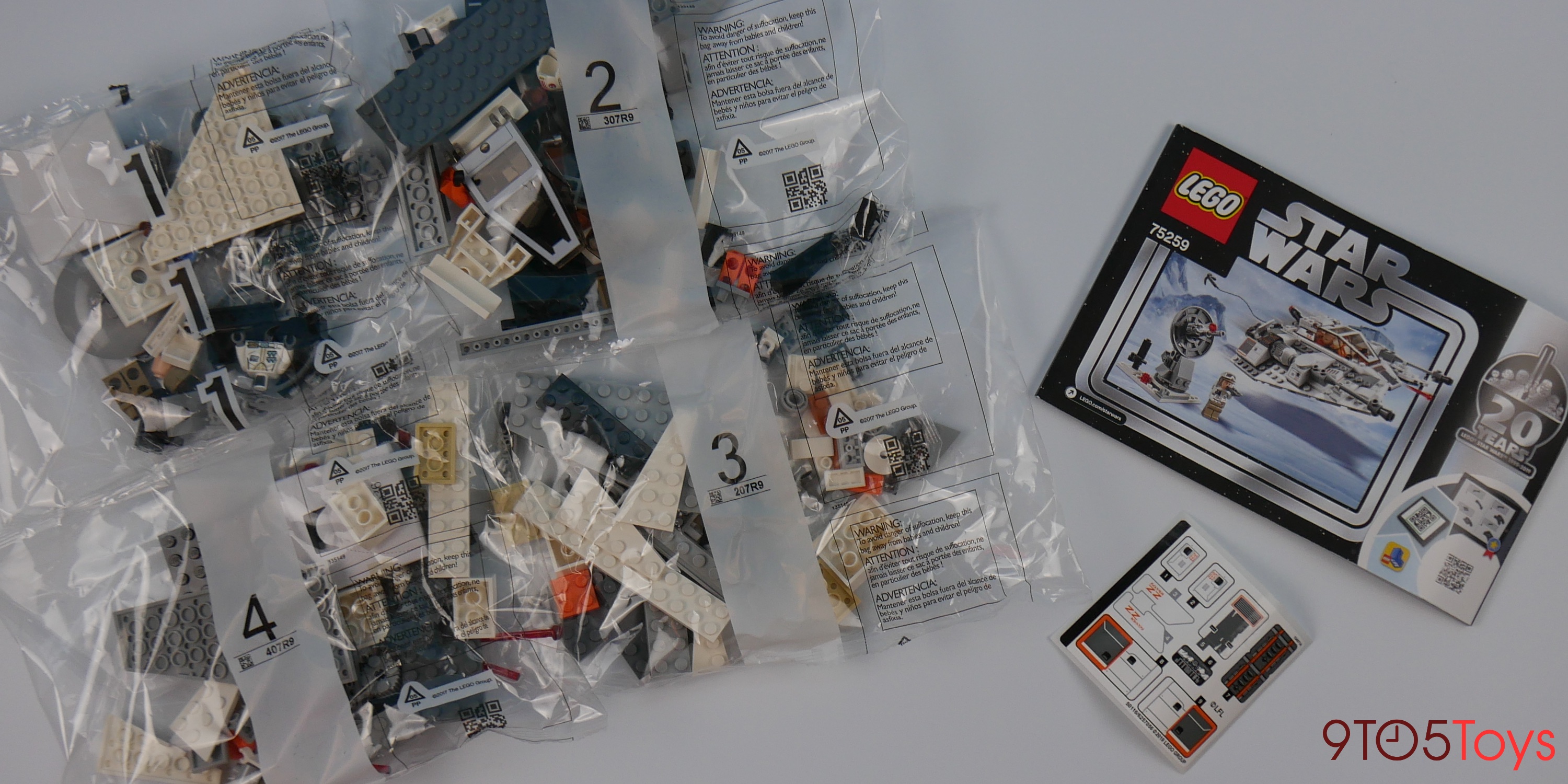 Entering with 309 pieces, the LEGO set retails for $40. At roughly $0.12 per piece, that’s par for the course in terms of what we’ve come to expect from Star Wars builds.

Compared to the other four releases from the Star Wars 20th Anniversary line, it’s right in the middle value-wise. The Slave 1 and Anakin’s Podracer have $0.11 and $0.10 per piece values respectively. On the other side of the spectrum, the Imperial Dropship and Clone Scout Walker enter at $0.16 and $0.12. So you’re not getting an absolute bargain, but there are worse sets out there when considered from a value-centric perspective. 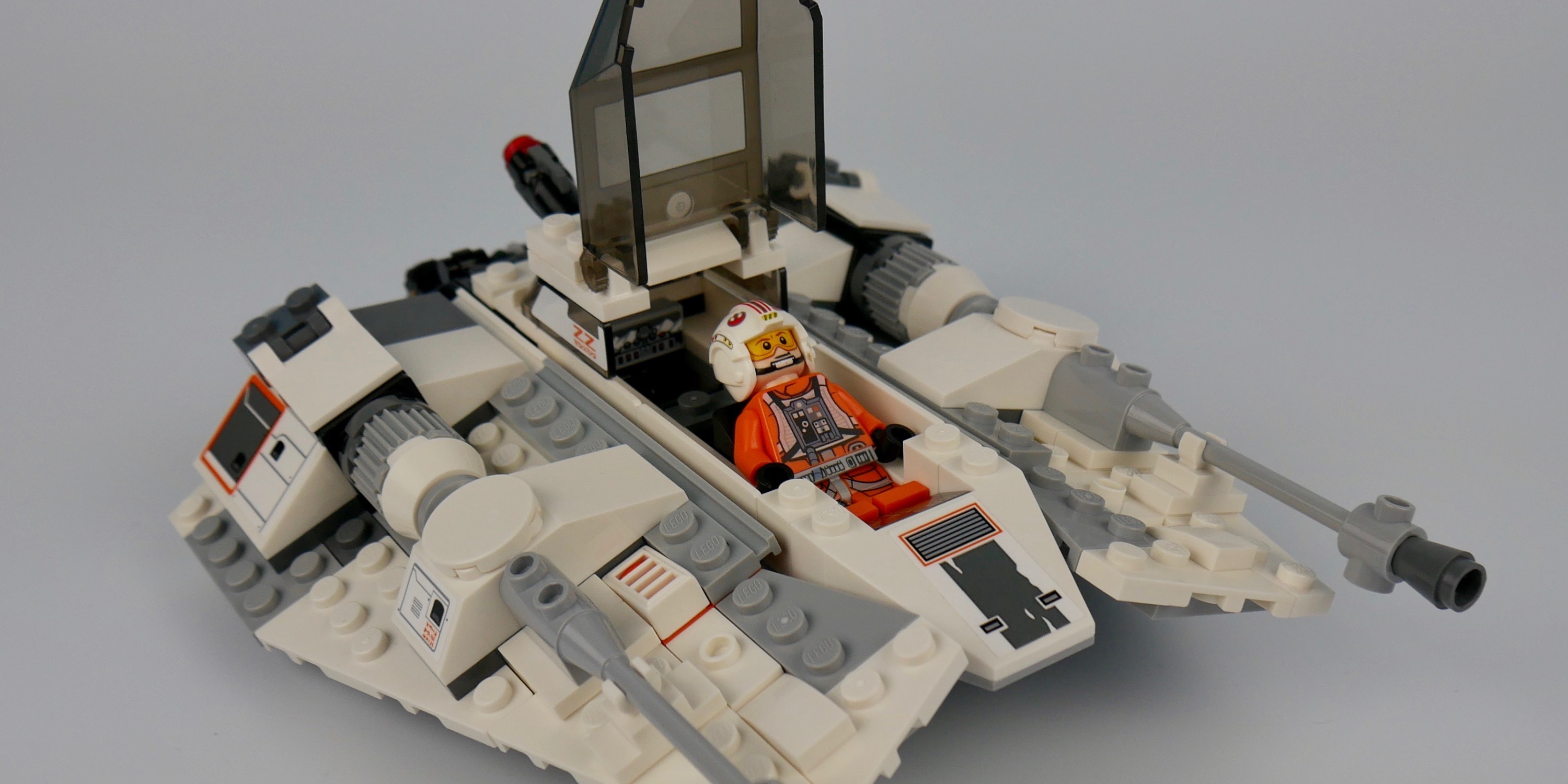 For me, the Snowspeeder is essentially synonymous with the LEGO Star Wars theme. The vehicle was not only one of the first builds from a galaxy far, far away that I was able to assemble, but one of the first LEGO kits period that I got my hands on. Over the past two decades and 17 iterations, the model has stayed true to its roots.

The 20th anniversary sets were released by LEGO to celebrate the milestone and relish in the 20 years of history that the theme has assembled. The Snowspeeder pays perfect homage to series of builds and for me, is a paradigm of brick-built nostalgia. 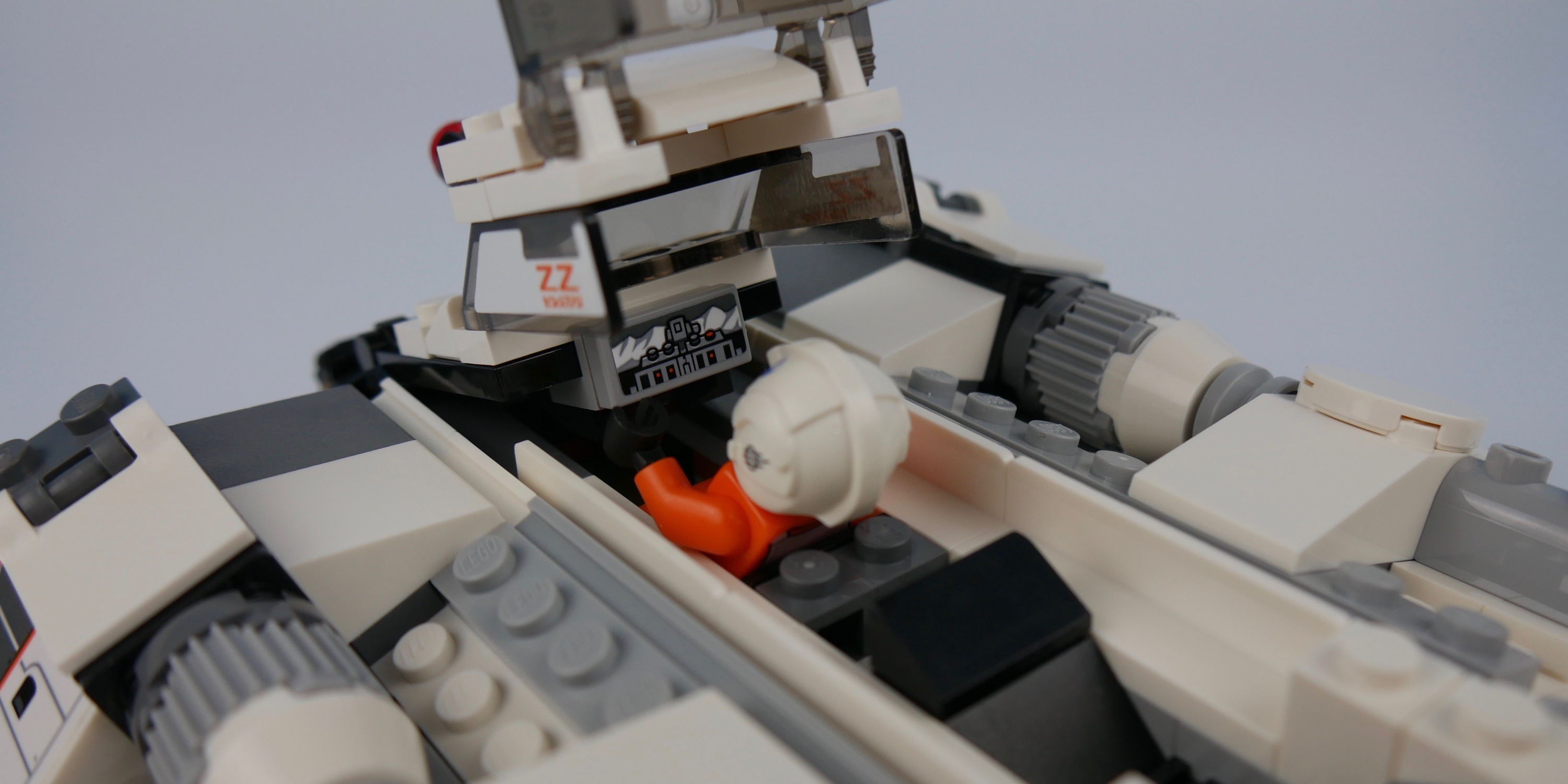 If any of the LEGO kit’s sentimental charm strikes a cord with you, the Snowspeeder is an easy recommendation. But for those who haven’t been raised assembling brick-built Rebel vehicles, the question of the set’s worth is much more relevant.

Aside from the perks of the 20th anniversary series, this Snowspeeder bares a nearly identical resemblance to past iterations of the ship. Yes there are small tweaks, but only more dedicated fans will notice, or care for that matter.

It’s great for fans who haven’t assembled the Hoth-centered vehicle in recent years – or at all. But if there’s one in your collection already, you won’t be missing much outside the exclusive minifigure by skipping this version.

It’s price isn’t anything to marvel at. Though considering the collectors aspect, many LEGO and Star Wars fans can easily look past the usual licensed property tax. So if you fall into one of those two categories, I can easily recommend the LEGO 20th Anniversary Snowspeeder. It may be heavy on nostalgia, but that’s exactly what LEGO intended.