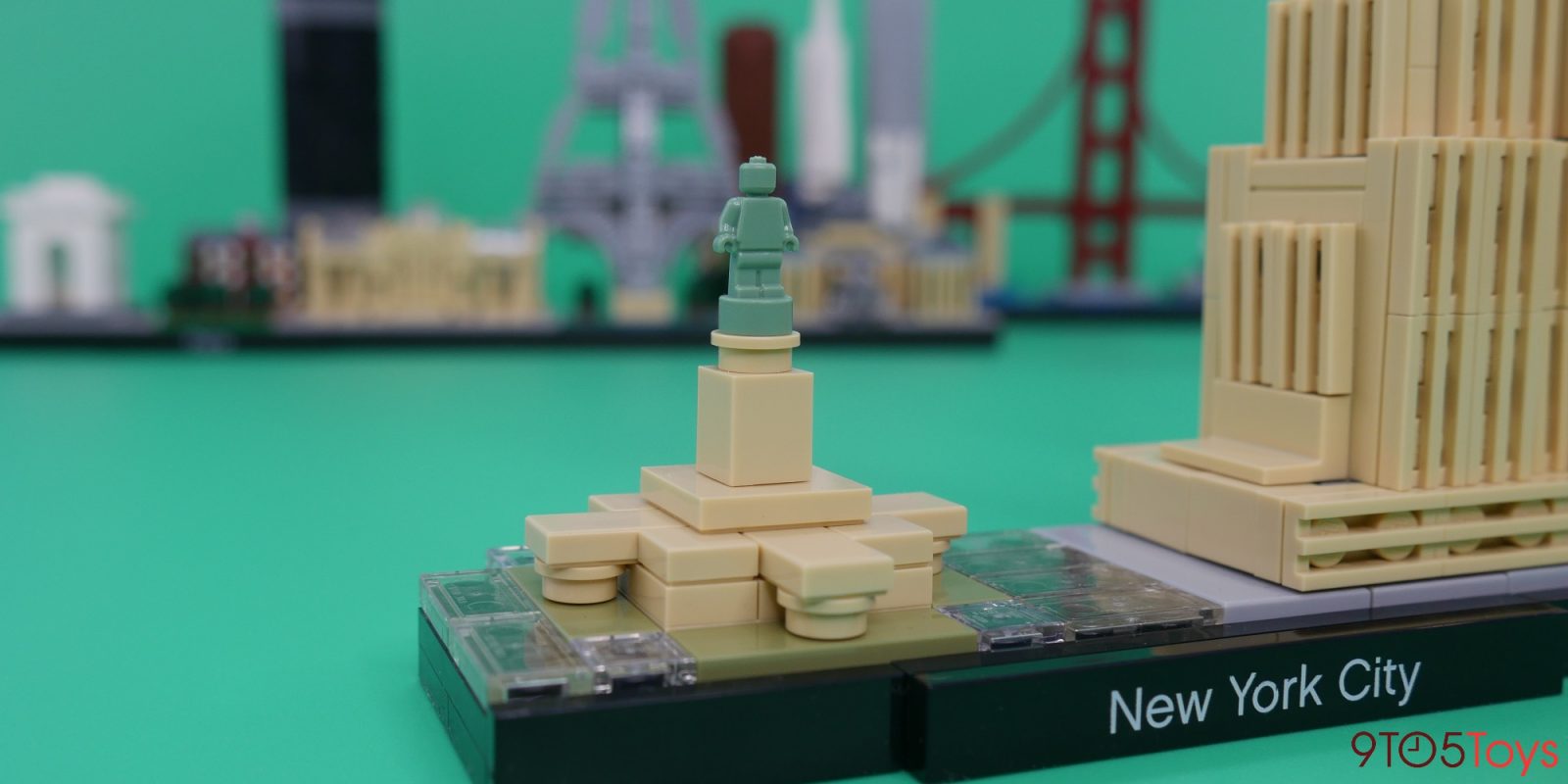 Amongst LEGO’s lineup of Architecture creations, the New York City Skyline stands as one of the more eye-catching creations for those here in the states. Assembling several of the nation’s most iconic landmarks in a 598-piece build, the brick-built Big Apple fits perfectly on your desk. Today’s hands-on look continues our series of checking out LEGO’s Architecture lineup. So be sure to head below for a full rundown.

Unboxing the Skyline set yields the same experience as past kits we’ve assembled. As per the usual with LEGO’s Architecture theme, the New York City Skyline features the usual black packaging. Another inclusion that makes the line stand out from your average LEGO creation is that the instructions are packed with tidbits about the location. Just as we’ve seen before, as you assemble each aspect of the build, there will be fun facts about each location.

Unlike the standalone Architecture creations, the Skyline series recreates several landmarks rather than just a single monument. As for the New York City incarnation, LEGO has opted to included five of the location’s most-visited tourist destinations. A large section of the left-hand side is dedicated to the Statue of Liberty and New York Harbor. Then there’s also the Flatiron and Chrysler buildings, which are flanked by the massive Empire State Building and One World Trade Center. 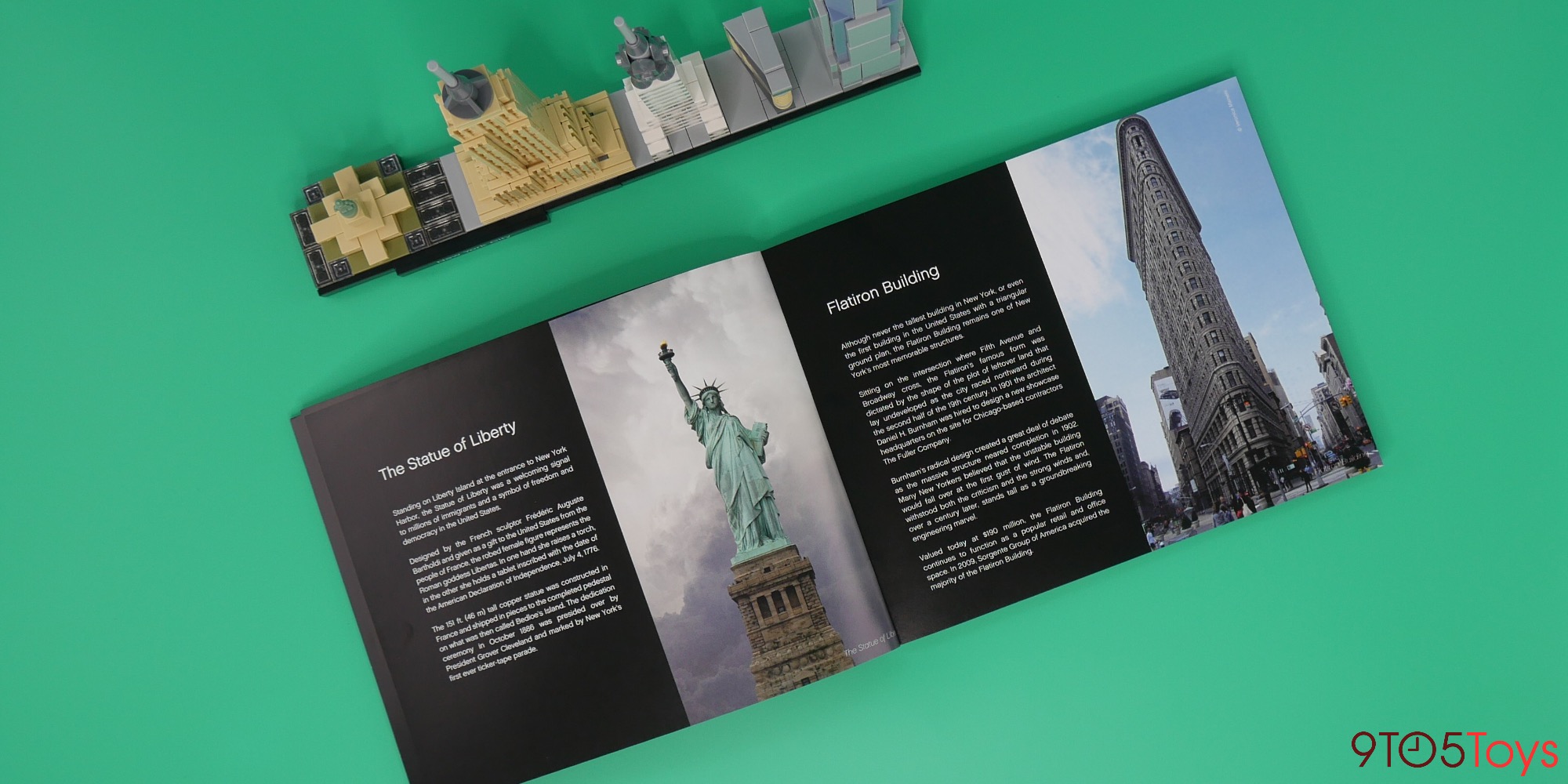 Each of the individual sections do a solid job at encompassing the real-world scale in proportion to each other. The Statue of Liberty is about as small as can be in LEGO form; and other incorporated buildings tower accurately over neighboring skyscrapers in New York City’s skyline.

There’s also no arguing that the kit’s designer absolutely nailed the brick-built recreation. Most notably, the Empire State Building’s unique facade is a fantastic usage of the modified 2×1 tile. Plus, the two-tone styling of One World Trade Center goes a long way for allowing it to stand out.

Overall, the build is on the simpler side compared to other Skyline creations. That’s more of a reflection of NYC’s more uniform architectural design. There’s only so much detail that can be packed into skyscrapers at this size; so all things considered, set 21028 does a solid job bringing them into the brick-built medium.

Breaking down the value of LEGO’s New York City Skyline

With LEGO’s miniature recreation of New York City, you’ll bring home 598 pieces at a $60 retail price. That means Architecture set 21028 clocks in with a cost of roughly $0.10 per brick. But given the set has been on sale for quite awhile now, you’ll more realistically be looking at a $0.09 price per piece. Even going with the lower of the two, that’s still notably higher than other Skyline models found in the series, with both San Francisco and Paris kits carrying better values. 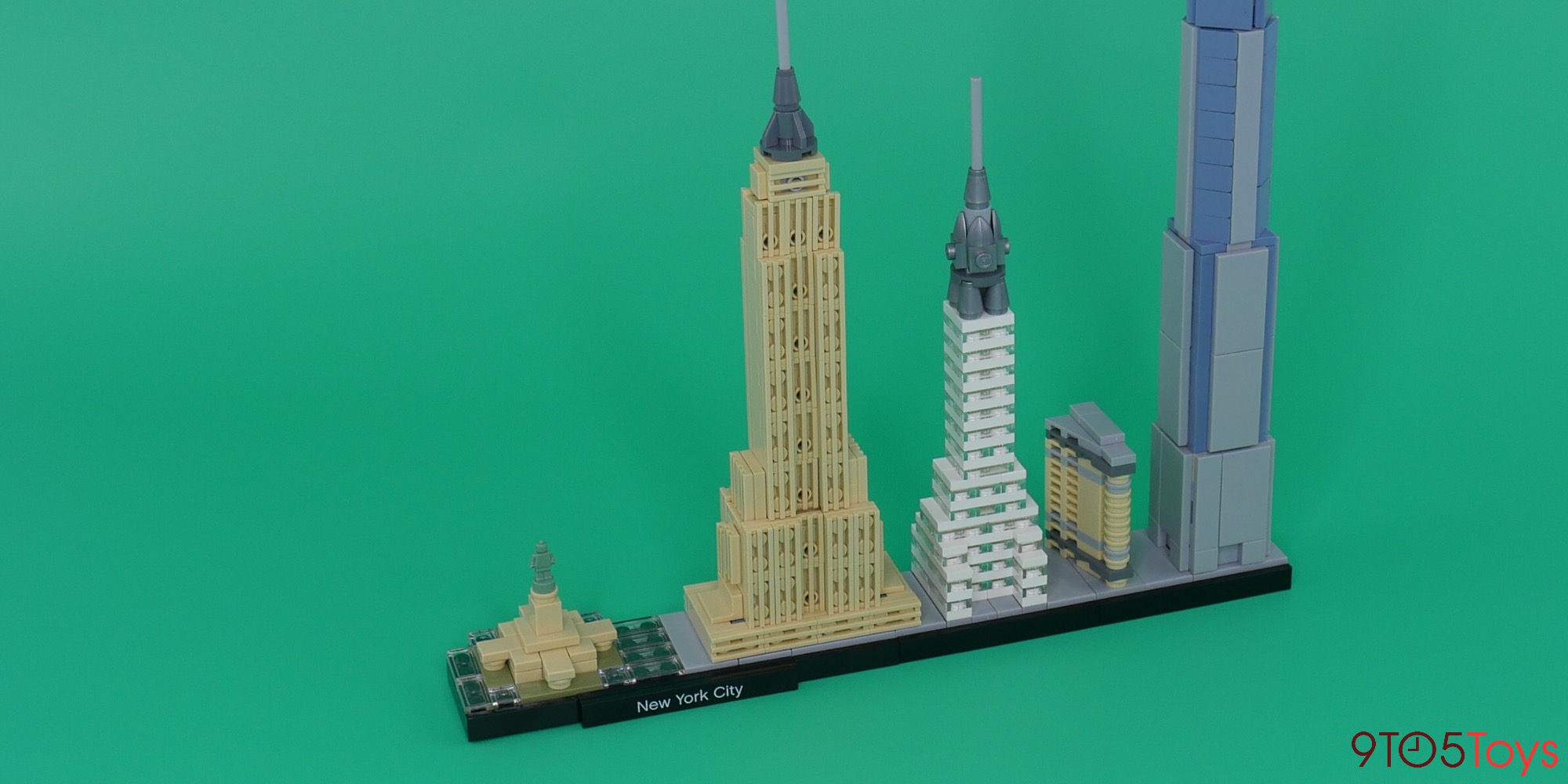 While New York may be the city that never sleeps, it’s hard to tell from this LEGO recreation. It’s one of the more repetitive builds in the Skyline series, with each of the landmarks reusing the same techniques. Regardless, there are a few reasons to definitely consider the creation.

If you want a brick-built New York City, but don’t want to shell out big bucks for the larger Architecture sets recreating iconic landmarks in the city, then this is a nice alternative. Or if you’re a collector of LEGO’s Architecture sets and want to complete the your miniature skyline, then it’s worthy of some shelf space. 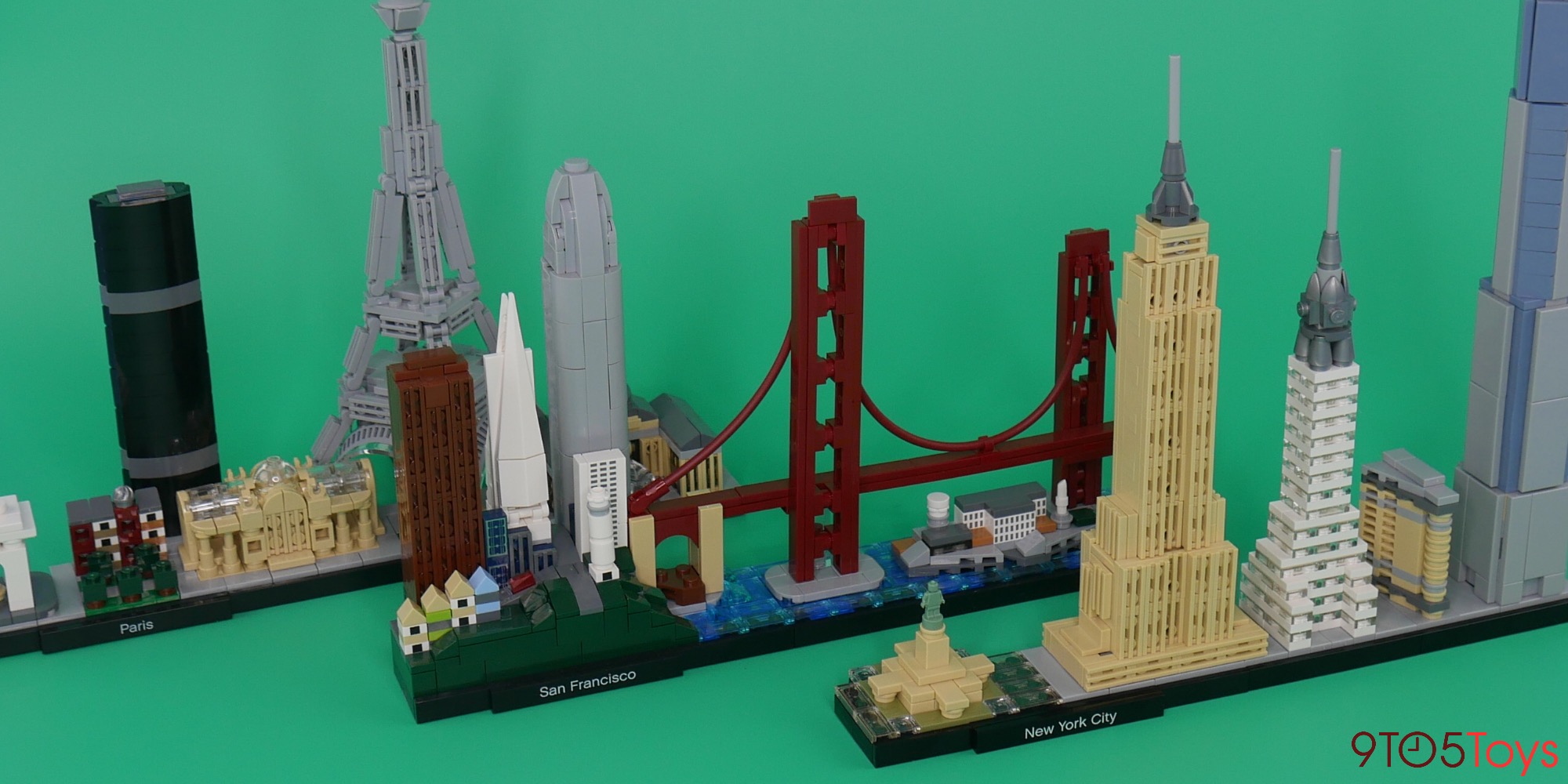 At the end of the day, those looking to spend roughly $50 are better picking up either the Paris or San Francisco kits. Even if there are other models worth considering, anyone in search of a LEGO recreation of NYC won’t be disappointed with this Architecture set.