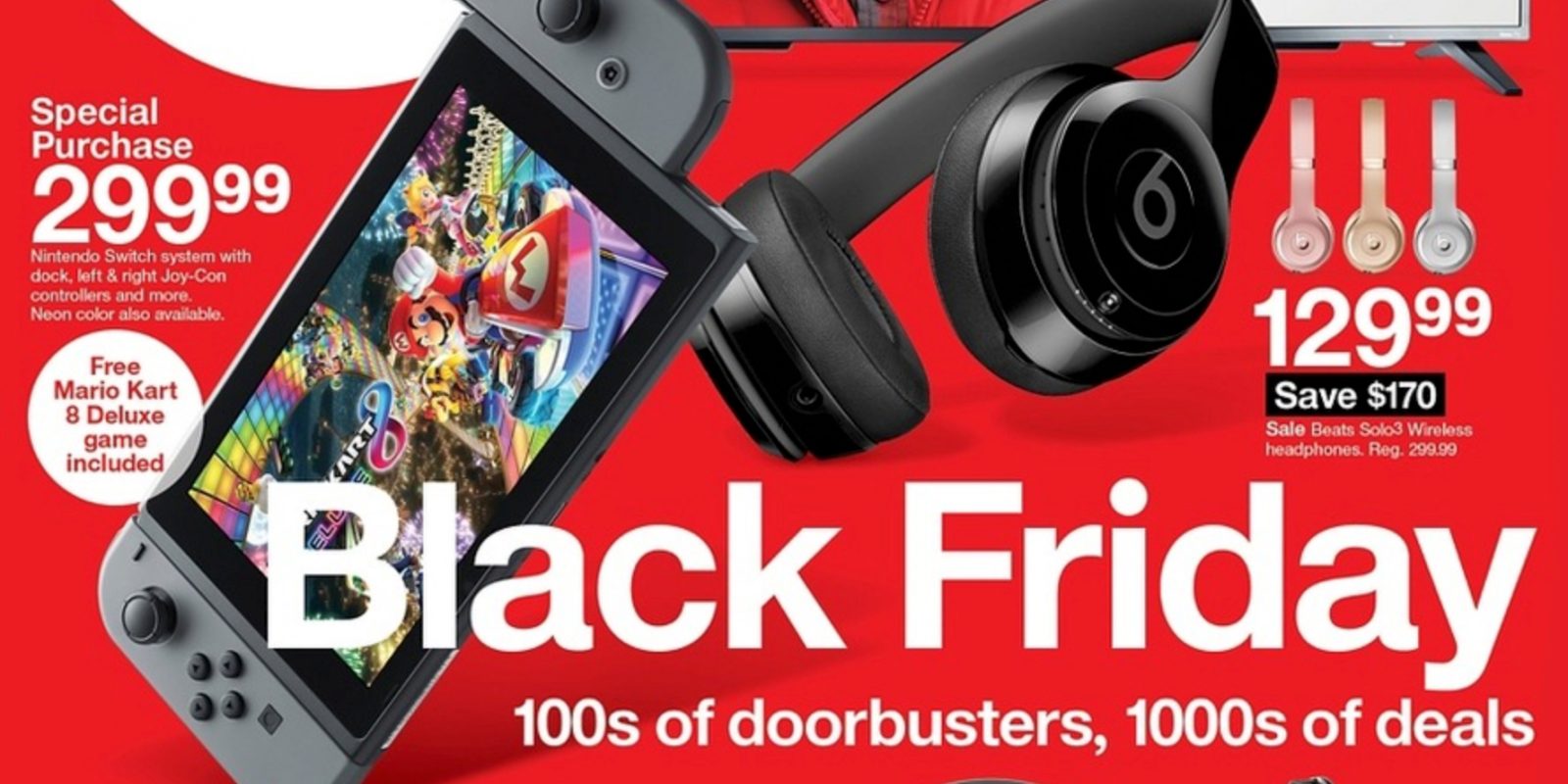 One of the first big Black Friday ads for 2019 has officially arrived with Target unveiling its plans for this year’s biggest shopping event. 2019’s Target Black Friday ad is filled with notable deals on gaming consoles, smart home accessories, TVs, iPads, Apple Watches, and much more. Of course, Target will be offering a number of notable doorbusters throughout Black Friday with free shipping available for all. Head below for all of our top picks, store hours, and more.

This year’s Target Black Friday ad details store hours starting on Thanksgiving Day at 5pm. Doors will then close at 1am, and re-open at 7am on Friday with a whole fresh back of doorbusters and more. Of course, shoppers can hit up Target’s online storefront at any time for additional deals. REDcard members can cash in on the usual perks like 5% discounts, while the new Target Circle program delivers additional benefits as well.

Target will be rolling out select Black Friday deals to REDcard members on November 27th, with additional offers for Circle users starting at 6pm that same day. Target is also slated to offer a Black Friday preview sale this weekend with notable offers across various categories, although you can guarantee the best deals won’t be available until Thanksgiving week. Here’s a full breakdown of what you can expect at Target throughout the holiday shopping season: 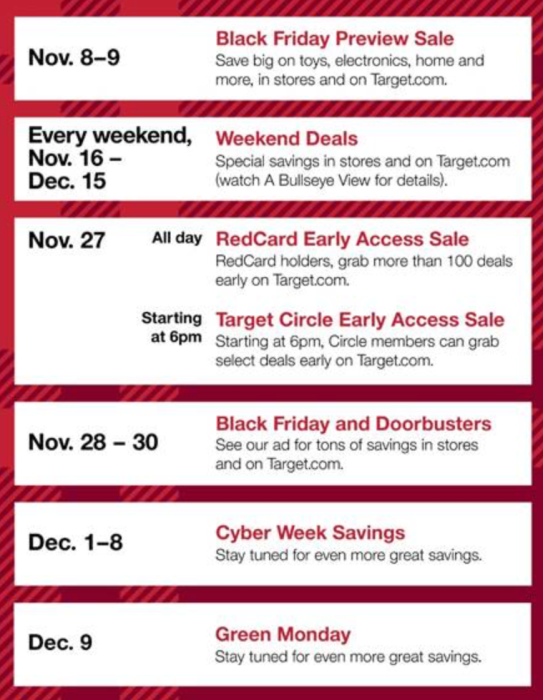 Certainly, the star of this year’s Target Black Friday ad is Apple’s latest 10.2-inch iPad, which will be marked down to $249.99 for Thanksgiving Week. That’s nearly $80 off and beats the current all-time low $30 discount we’re seeing at Amazon. This is our first glimpse into this year’s iPad deals, and it’s particularly notable.

Meanwhile, Apple Watch Series 3 is set to get a $29 discount from $170 for Black Friday. That will be another new all-time low as well by nearly $20. This is sure to be one of the hottest Black Friday deals this year. Target will also be offering up to 30% off iTunes gift cards.

On the Google side of things, we’re seeing the Home Mini Speaker on sale for $19, which is another all-time low. This is sure to be a popular stocking stuffer this year at this particularly affordable price tag.

Target is also offering a $300 gift card with Pixel 4 and 4 XL purchase. This is the biggest gift card offer we’ve tracked to date, besting the $100 offers from Amazon and others back at launch.