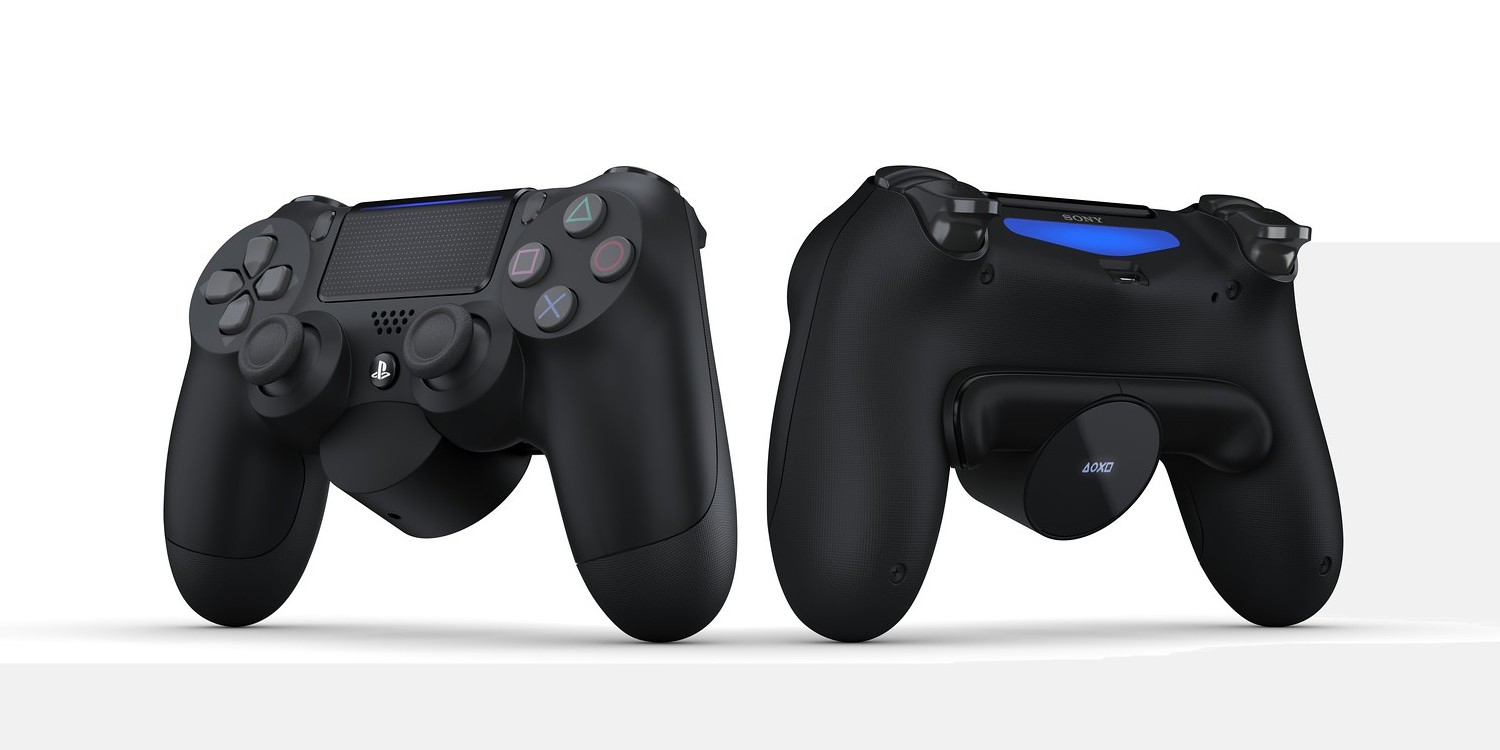 Sony is introducing the DualShock 4 Back Button Attachment today. In its attempt to offer up a DualShock 4 pro experience for competitive gamers, the small device brings some additional functionality to your existing PS4 gamepads. While it still isn’t offering a pro controller like Microsoft’s Elite gamepad, this mini OLED display-equipped add-on might be the next best thing. Head below for all the details.

DualShock 4 Pro? Not Quite

Unlike serious/competitive Xbox gamers, Sony has never offered PS4 players a pro-level controller like Microsoft’s Elite Series 2. The closest option available would have been something like Scuf’s Vantage 2 — a company just recently bought out by the folks at CORSAIR — with configurable layouts, back paddles, and other special additions you’ll find on the high-end Xbox controller. While it might not be the DualShock 4 pro you were waiting for, the new Back Button Attachment does bring some of these perks to your existing setup at a much more affordable price tag anyway. 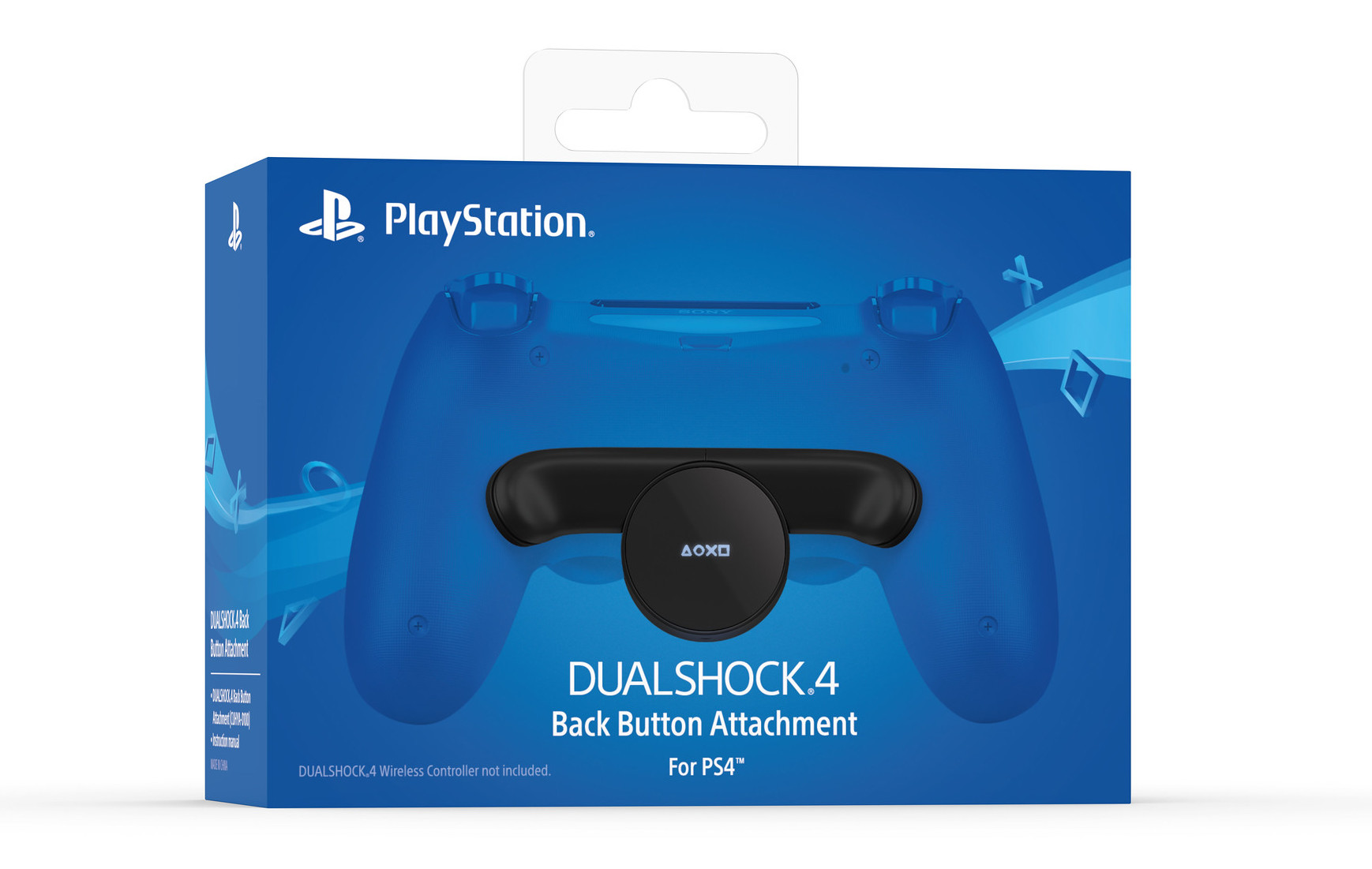 The new DualShock 4 Back Button Attachment is essentially a small add-on device that gets affixed to the back/bottom of your DS4 controller by way of the 3.5mm headphone jack. But don’t worry, there is an audio pass-through jack, so you’ll still be able to use your gaming headset as usual with the new attachment in place.

The small black device provides two programmable and highly tactile back paddle-looking buttons on either side of a circular OLED display. The two buttons can be mapped to up to 16 different actions, “such as triangle, circle, R1, and R2, to name a few and provide amazing tactile feedback.”  The OLED display shows all of your active configurations, as well as which of the three saved button profiles you’re using. The small screen is also a button, but it sounds like that is just for making assignments on the fly or switching between your saved profiles.

Sony points out in today’s announcement that this is a PlayStation developed device that has been “tested and approved for PlayStation 4 and PlayStation VR titles,” while specifically designed with the ergonomics of the DualShock 4 controller in mind. Hopefully, that means it won’t change the grip we have come incredibly familiar with over the last several years.

Sony’s DualShock 4 Back Button Attachment is scheduled for release on January 23rd, 2020, at a suggested retail price of $29.99. 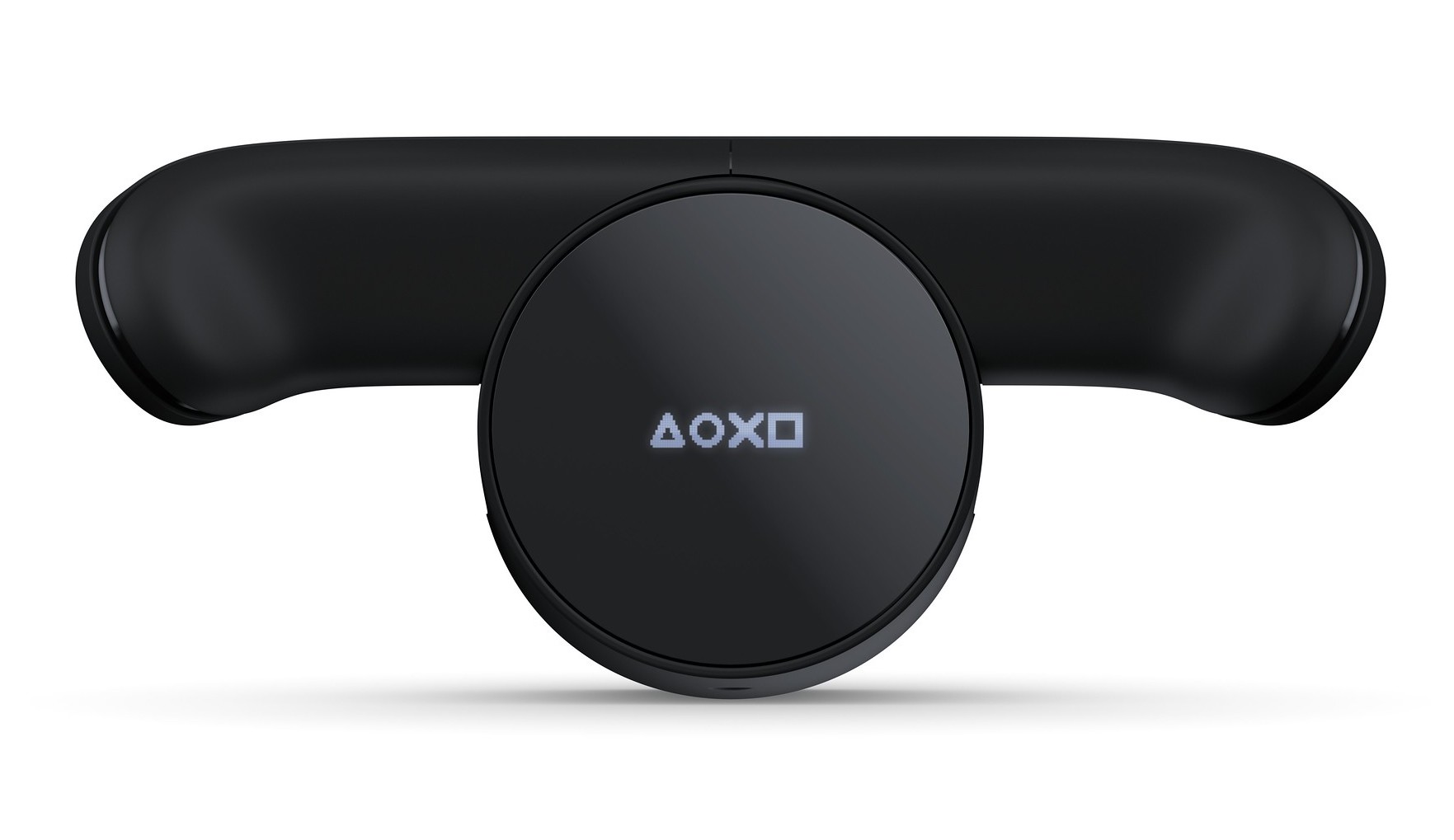 Again, this is not the DualShock 4 pro controller. Some of us have waited so long for we have subsequently given up on it. With PlayStation 5 and Xbox Series X both scheduled for holiday 2020 release dates, Sony doesn’t have much time left to release a whole new controller anyway. We already know PS5 will ship with what appears to be the next generation DualShock, so investing in a PS4-centric pro controller wouldn’t be all that good of an investment at this point anyway. This slick-looking $30 DualShock 4 Back Button attachment might very well be the best possible solution for competitive PS4 gamers looking to get the edge as the current console generation quickly comes to a close.