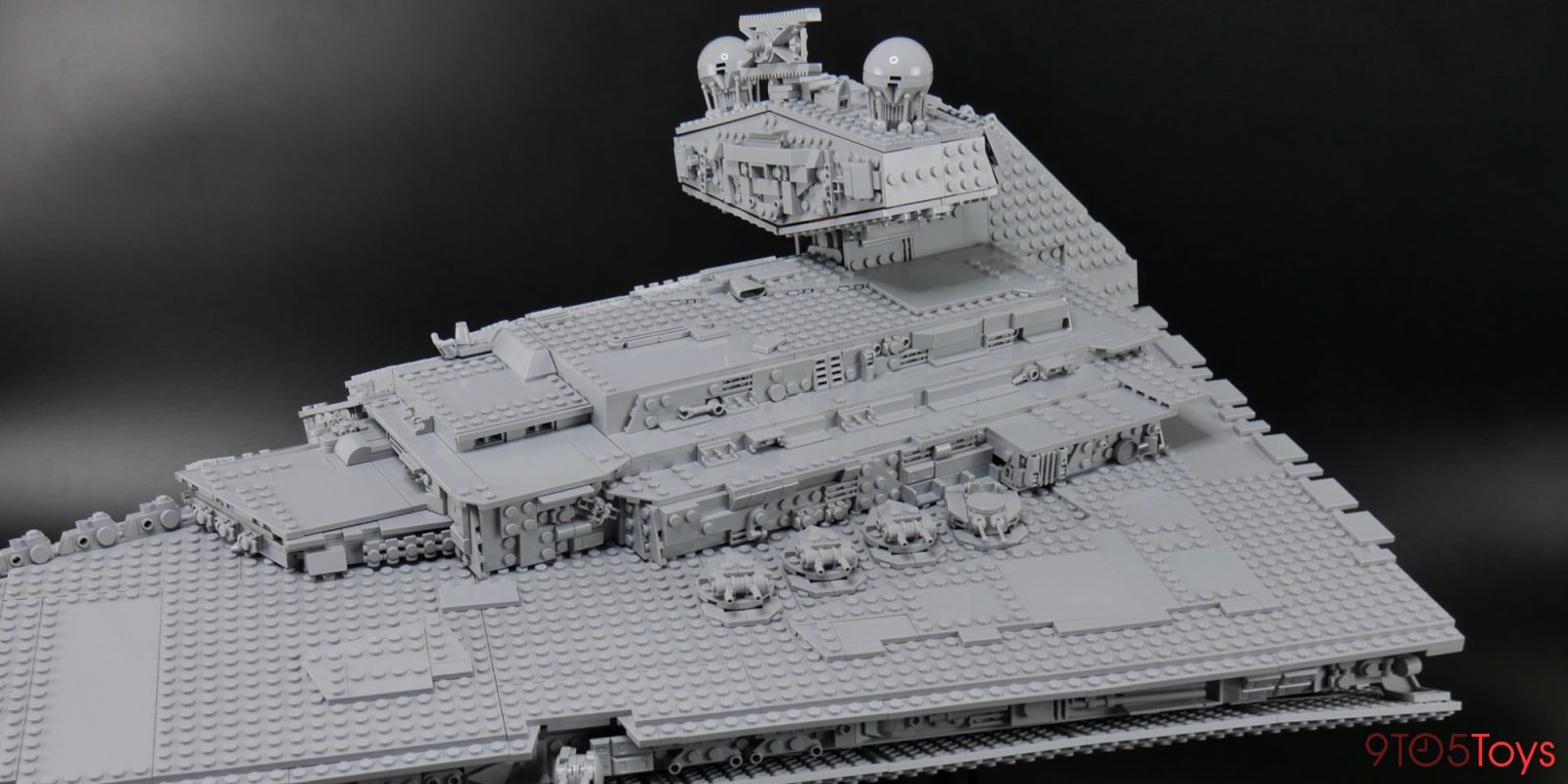 Throughout 2019, LEGO has taken nearly every opportunity available to celebrate the 20th anniversary of the Star Wars theme. We’ve gotten new kits which add a fresh coat of paint to classic creations and even a massive recreation of the spaceship that started it all, the Tantive IV. This has culminated in one of LEGO’s most recent releases, the UCS Star Destroyer, an absolute behemoth of a set that drives home the collector’s appeal. Amounting to over 4,700 pieces, this kit stacks up as one of the most significant models assembled from a galaxy far, far away to date. Head below for an in-depth look at the Star Destroyer as we close out 2019 with our latest LEGO review.

The LEGO Star Wars scene has long been synonymous with the finest creations released by the company. But the most recent is unlike anything we’ve seen from LEGO in the past several years, even compared to the Millennium Falcon. Enter the UCS Star Destroyer, the physically largest kit from the theme released in the past decade.

Right off the bat, there’s no getting around the sheer size of the set, which is the most alluring aspect of LEGO’s latest UCS creation. Sure there’s more to the Star Destroyer than it’s massive footprint, but this feature stands above pretty much everything else you could highlight and makes it one of the most unique builds in the entire UCS lineup. 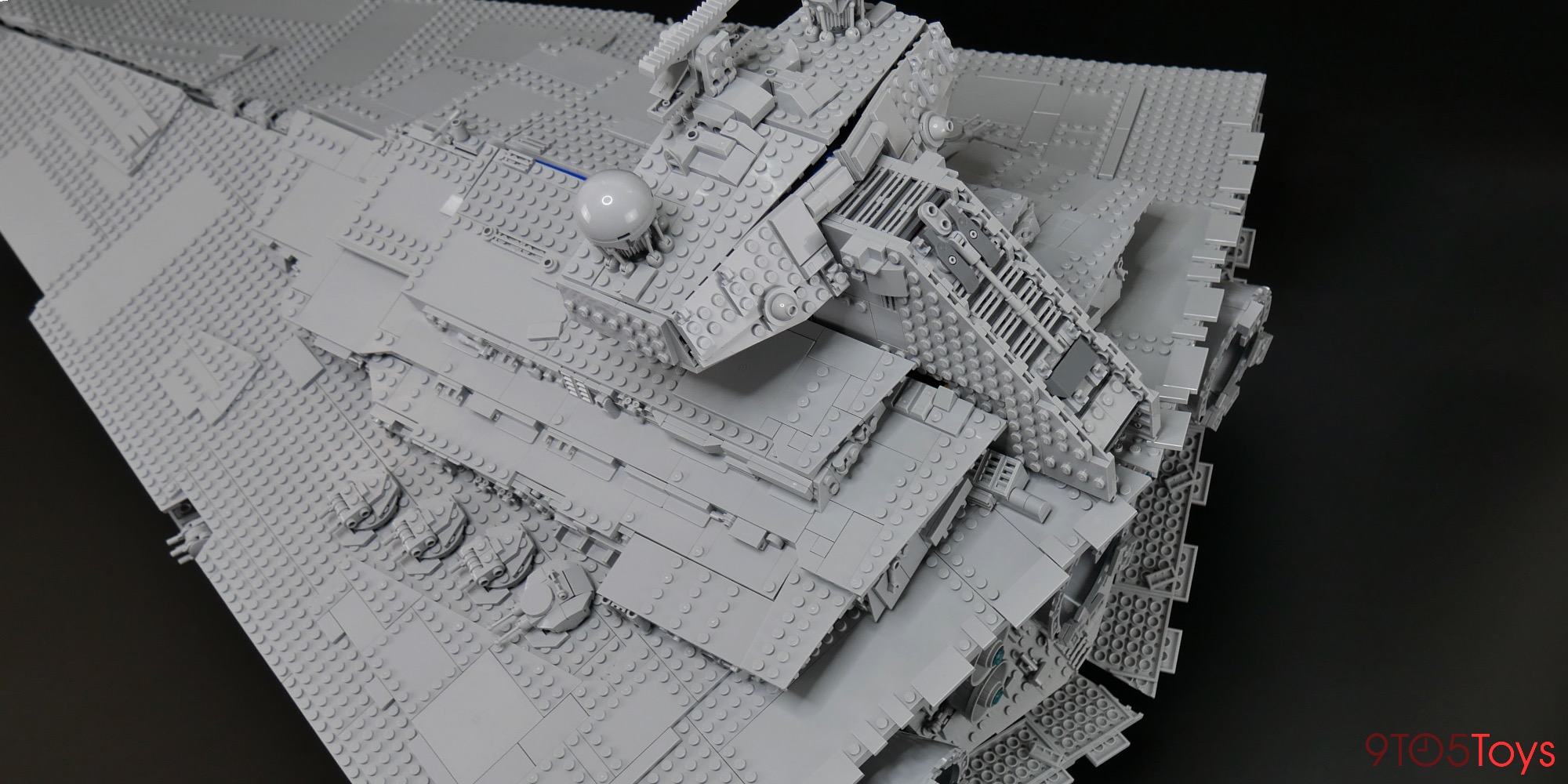 Comprised of 4,784 pieces, it stands over 43-inches long, 26-inches wide, and 17-inches tall, including the stand. But these stats are more than just some small numbers. Compared to the runner up, 2017’s UCS Millennium Falcon, this year’s release is a whopping 20% longer, all while delivering the same attention to detail that the UCS theme is known for.

Being one of the most massive Star Wars sets to date doesn’t come easy with such a wide selection of competing kits. Still, the LEGO designers behind the Star Destroyer have employed some exciting techniques to make it happen.

Assembling the creation is no easy feat, as everything from unboxing to the number of bags and sheer cacophony of pieces makes this an equal parts pain and utter joy to assemble. Now when I say its a pain to assemble, I don’t mean that its tedious or anything like that. It’s just that when you’re dealing with several thousand pieces, you’re going to need a lot of room. So best get comfy and hunker down on the floor, as you’re going to need every inch of space available.

Diving into the actual assembly has you kick things off by building an inner frame. The sizeable triangular foundation is mostly comprised of Technic pieces that go a long way towards maximizing size without wasting valuable bricks. Having an outer shell with a largely hollow interior leaves plenty of elements to coat the entire Star Destroyer in the oh-so desired greebles.

To complete the opening sequence of A New Hope, LEGO has also included a to-scale version of the famed Rebel Blockade Runner. This miniature ship nails the look and fits in perfectly with the Star Destroyer. In all honesty, I’m a bigger fan of this recreation than of 2019’s previous version of the ship, sorry UCS Tantive IV. On top of that, there are two Imperial-themed minifigures that round out this build.

As display-worthy as they come

Thanks to this batch of intricate details, greebles, and other brick-built decorative elements, the Star Destroyer manages to be 2019’s most impressive set in the looks department. It’s a monument to everything the entire 20th anniversary LEGO Star Wars series stands for and truly is unmatched when it comes to display-ability. 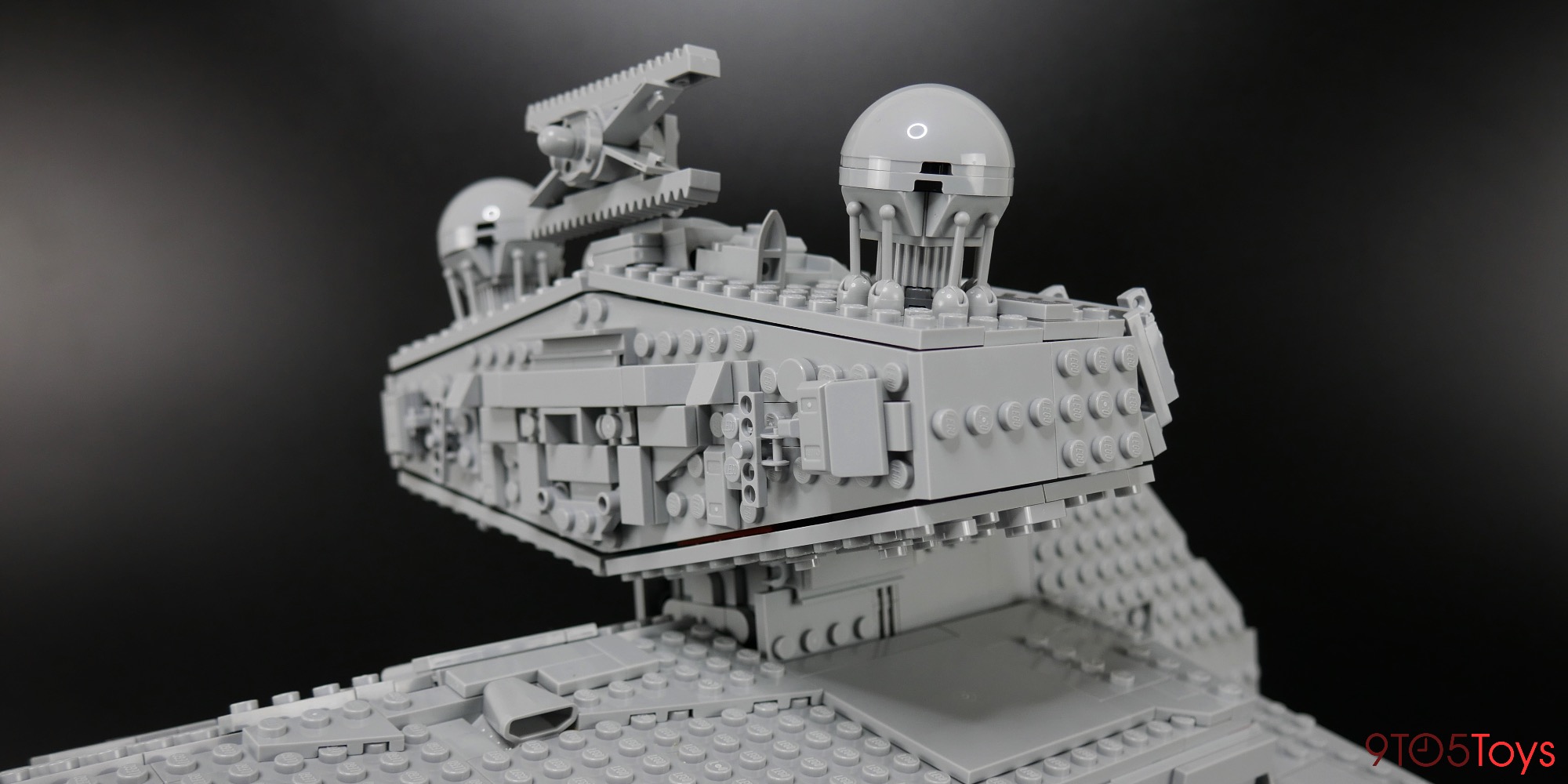 Nowhere else in the Star Wars theme, or LEGO’s current catalog for that matter, will you find a build that amounts to the same stunning conclusion. The sheer size makes this one worth bringing to your collection, and then all of the fine details continue to drive that point home. The Star Destroyer itself may not have the loyal following that the Millennium Falcon has garnered. Still, it’s clear LEGO tried to make up for that by releasing an insane creation that lives up to the source material.

At the end of the day, all of this this allows the Star Destroyer to be a perfect display piece. It looks phenomenal up on a shelf, but get a closer look, and there are plenty of details for your eyes to take in. The only real downside is that you’re going to have to dedicate a lot of space in your collection to the build. Though I doubt anyone considering dropping this kind of cash on a LEGO set is necessary concerned with the logistics of displaying the Star Destroyer.

One of the worst parts on really any of the UCS creations are the display stands. It’s something we’ve found in previous reviews, and the LEGO Star Destroyer is no exception. Attempting to move the model in the wrong way just straight up breaks the stand on some occasions. It doesn’t by any means ruin the overall collector’s experience, but it’s the one thing that affects this build’s near-perfect marks. 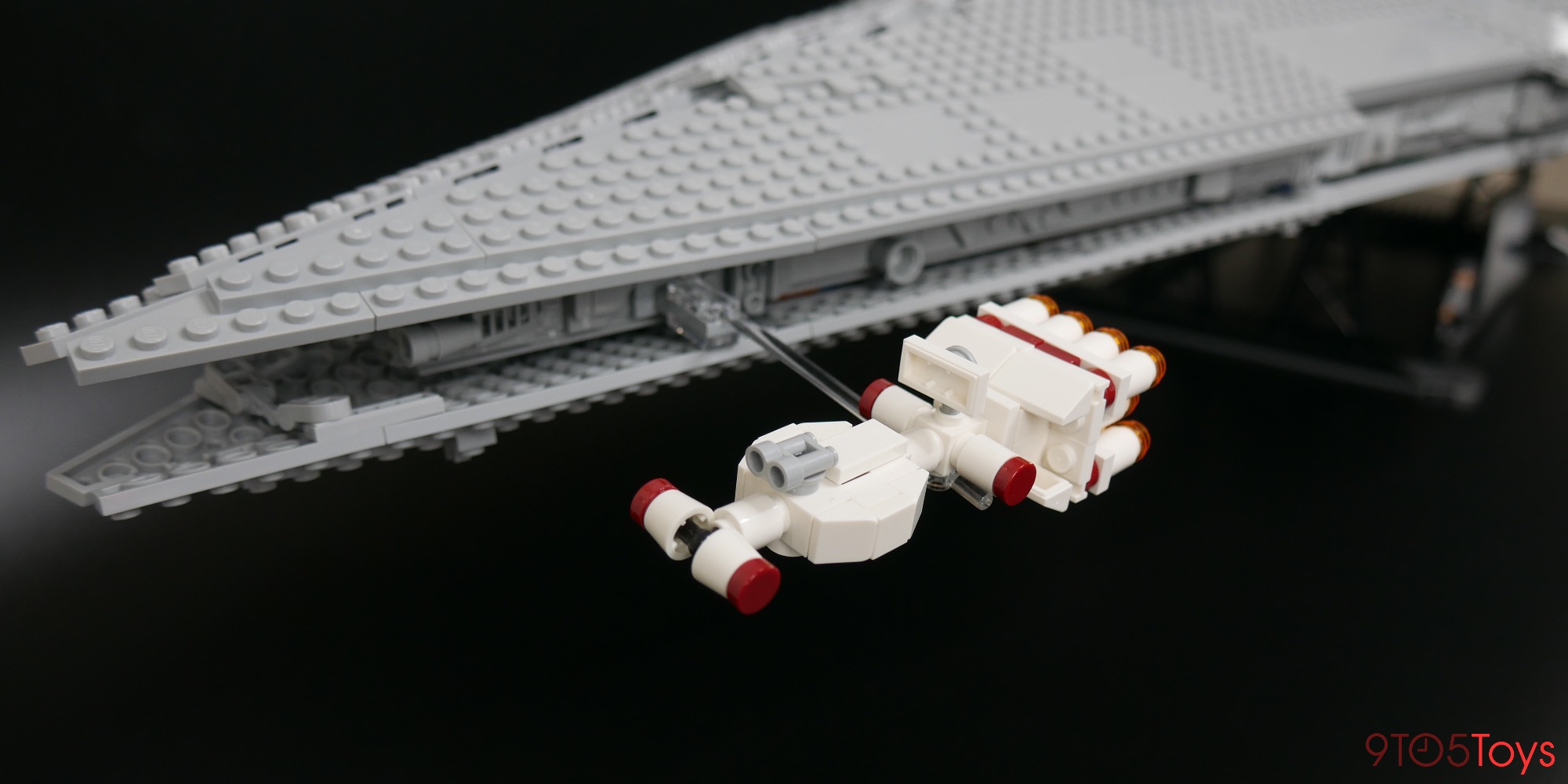 Speaking of the value of the kit, the LEGO UCS Star Destroyer is one of the more misleading kits in terms of its pricing structure. When looking purely from the part per dollar metric, which equates to $0.16 in this case, you’re paying well beyond the usual Star Wars tax for this $700 kit.

That’s not without some caveats, though, as it’s worth taking into consideration that many of the included bricks here are much larger than like what you’ll find from an average creation, for instance. It’s packed with long Technic beams, massive plates, and more on top of a smattering of detail bricks. 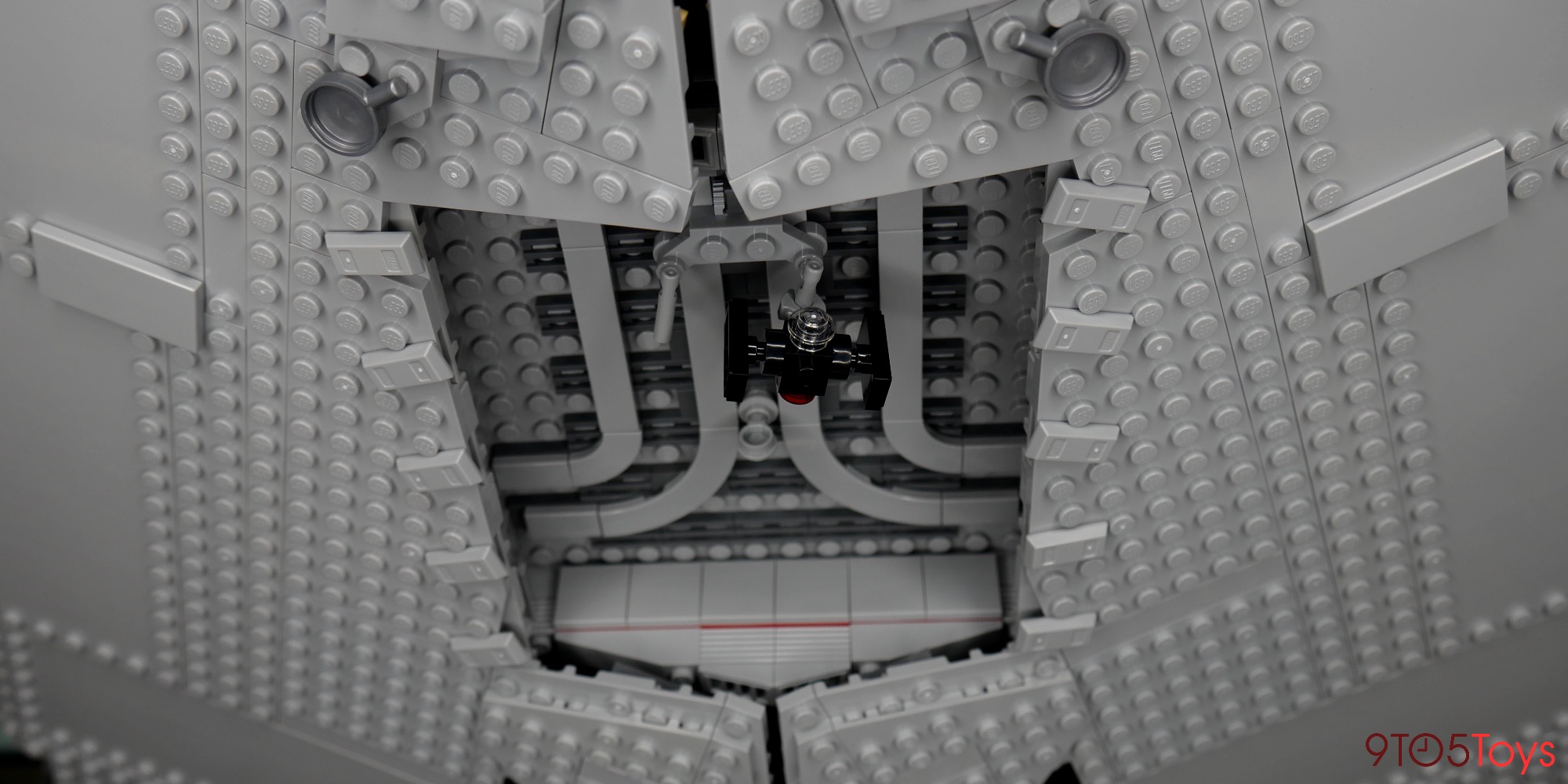 This year has been one of the best in recent memory in the LEGO world. That sentiment is even more so the case if you’re a Star Wars fan, with plenty of offerings to choose from. With the Star Wars 20th anniversary now coming to a close, launching the Star Destroyer was a smart move by LEGO. It nicely showcases everything that the theme of kits has stood for over the past 20 years and culminates the hundreds of creations with one of the most extensive sets ever released.

There’s no getting around how niche of a release LEGO’s latest UCS is. Even so, if you happen to be a hardcore Star Wars fan or eccentric LEGO builder, then it’s easy to recommend, should you have the space. This is the most captivated I’ve been with a LEGO released in two years, and I doubt we’ll see anything quite like this anytime soon.

Buy the LEGO UCS Star Destroyer featured in our review